“Purple is the color of royalty and we believe in the unsurpassable worth and value of every human life, so anyone who comes through this door deserves to be treated like royalty no matter what their life looks like,” explained Mark Smesrud, executive director and head roaster of Purple Door Coffee.

Purple Door Coffee sits on the corner of Welton and 30th Streets in Denver’s Five Points neighborhood. Upon first look, it would be difficult to distinguish this unassuming coffee shop from the many others that have popped up across the city. They serve craft coffee made from house-roasted beans, offer local pastries and do it all in a laid-back, somewhat modern environment. Purple Door, however, has one aspect that sets it apart from other shops in the city — it employs formerly homeless youth. And yesterday was its fifth anniversary.

“We employ people who have just come out of homelessness,” expressed Smesrud. “Most of our crew has never had an above-board job and this is their first and when they come to us they’re coming with minimal life experience. We give them that additional training whether it be health and food safety, communication skills or personal finance training.”

Opened in 2013, Purple Door celebrated the anniversary yesterday with free drip coffee, free cake and the unveiling of its new waffle menu. From savory waffles with whipped cream cheese, capers and salmon to a play on avocado toast and gluten-free waffles, this shop is cutting no corners in community outreach or culinary excellence. And Smesrud believes that the new menu is just the start of an all-around upgrade for Purple Door.

“We’re hoping to renovate this original shop with a sous vide and a convection oven,” explained Smesrud. “That will allow us to add egg dishes to the menu like a warm quinoa and egg salad over greens and make pastries, especially savory pastries, something that I feel is lacking in Denver coffee shops.” 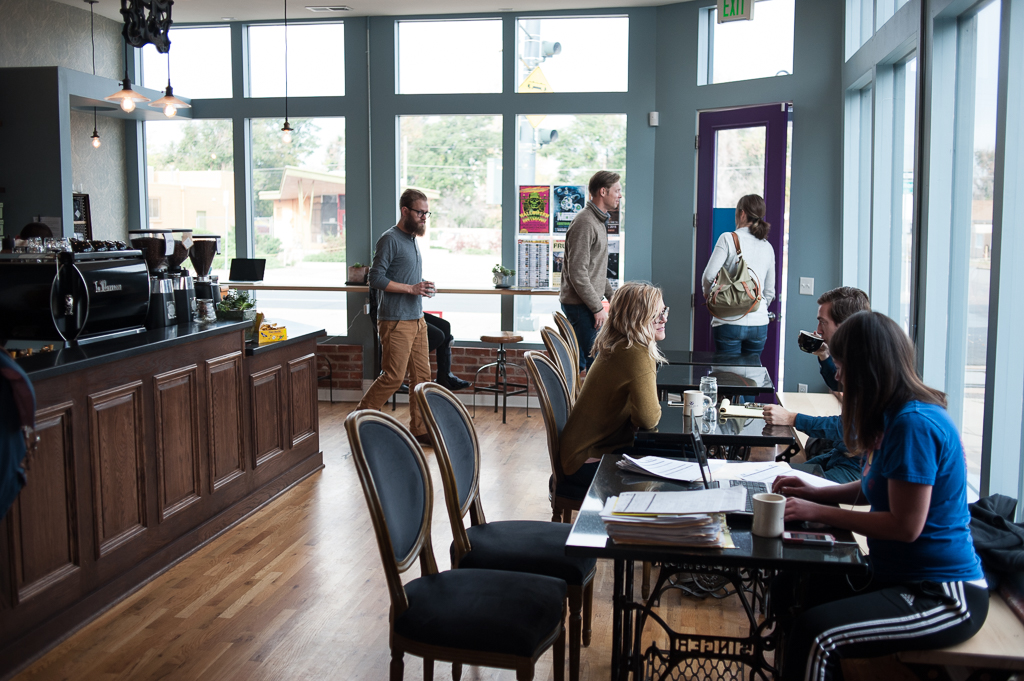 In addition to upgrading the Five Points shop, the team at Purple Door has their sights set on two new Denver locations in the coming years. This, on the heels of opening its first roaster in Englewood, would increase Purple Door’s ability to serve homeless youth from many sides of the city.

“One will be by our roasting facility in Englewood and the other downtown,” said Smesrud. “What’s been great about opening [near] the roaster is the diversity of jobs that we’ve been able to offer. Some of our employees come to us and are not ready for a face-to-face, counter position. They have trauma to work through and skills to learn so employing them in the roaster for a few months before transitioning them to the shop is good.”

Over the five years that Purple Door has been employing homeless youth it has seen a nearly 70 percent completion rate, more than double the average of other national job programs, according to Smesrud. One hurdle, however, that the shop has yet to overcome is finding its employees housing to accompany their new job.

“Housing is the biggest hurdle,” said Smesrud. “Especially in Denver right now.  A lot of the research shows that if you can provide a job and housing at the same time the likelihood of people returning to homelessness falls off the table. The tricky thing is a lot of the time people are able to get housing but have a tough time finding a job, or vice versa. They’re able to land a job, which is more common right now in Denver, but they can’t find housing. Being able to land both at the same time is a catch 22.”

Purple Door’s partner organization Dry Bones Denver is in the process of launching a house with Providence Network on 4th and Broadway that is set to open this month. It will house 13 young people at a time for a year. And they are one among many organizations locally that are trying to provide housing for those transitioning out of homelessness. As Denver grows and changes, however, that effort has become increasingly more difficult. Housing prices in historically middle-class and low-income neighborhoods are being increased and lifelong residents of neighborhoods like Five Points, where Purple Doors Coffee resides, are being priced out.

“This part of town was completely different when we moved in,” explained Smesrud. “What we’ve realized is that people are beginning to move into this neighborhood with money and they’re moving directly across the street from low-income families who have been here for generations. Those families are being priced out, which can be really damaging. We’ve worked hard to be a voice of compassion and dignity for both sides.”

Smesrud and his team believe that, like many neighborhoods in Denver, Five Points is shifting. And they’ve made it their mission to aid the community during that shift through programs like homeless employment, a sewing program where they teach locals to sew burlap coffee sacks into tote bags and by opening their door to both those new to Five Points and those who have been there for generations. 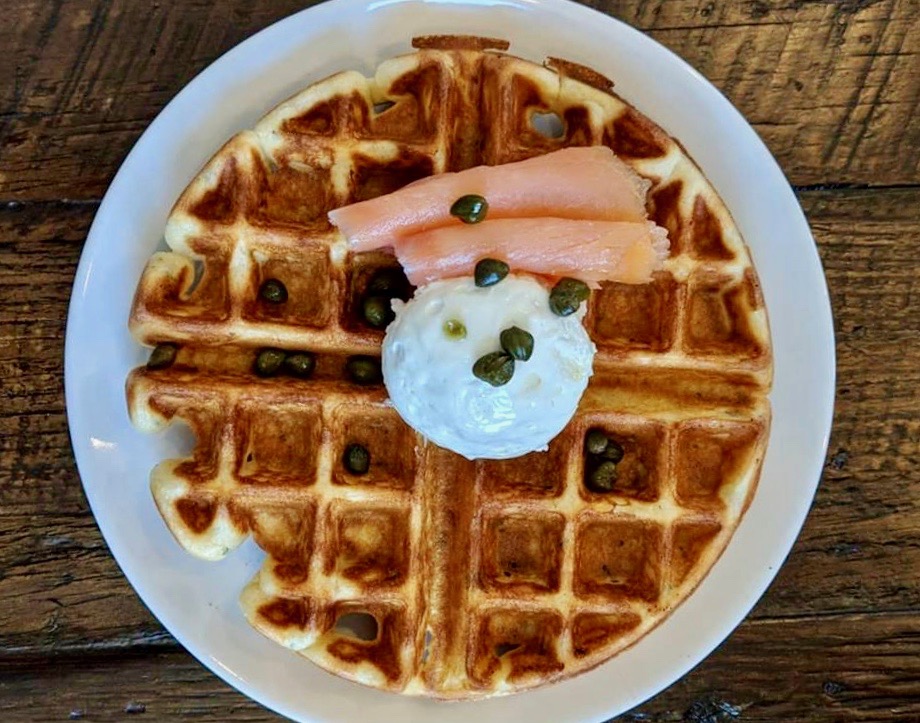 You can grab a cup of coffee and waffle all while supporting Denver’s homeless at 2962 Welton Street, Denver, CO. Purple Door Coffee is open Monday, Tuesday, Wednesday and Thursday between 6:30 a.m. and 5:30 p.m., Wednesday from 6:30 a.m. to noon and Saturday from 7:30 a.m. to 2:30 p.m. The shop is closed Sunday. For more information on donations, hours, location and offerings check out their site here.