Review – PVRIS Made Denver Live In The Moment At the Ogden

When PVRIS brought their tour to Denver on March 2, 2018, they filled the Ogden with an engaged audience, a mesmerizing spectacle and a progressional theme. Many aspects of the alternative rock trio’s musical career exemplify progress, which is typical of bands in the alt-rock genre. PVRIS did not gain popularity overnight, nor did they become a viral sensation. PVRIS hustled and worked since 2014 to make progress in the music scene, and they’re still going at it. From the line up of acts to the headliner’s setlist – there was an overarching crescendo through the whole evening.

Being the opening act in a theatre-type venue is a challenging spot to hold when performing in a concert. Most of the people in the audience are just waiting for the headliner and don’t pay much attention until later in the evening. On top of that, in venues like the Ogden, no significant stage set changes occur between bands. The headliner’s equipment takes up the majority of the stage, usually leaving less than half of the stage for the openers to use. This is no fault of the headlining act – it’s just a standard reality for opening acts in venues like the Ogden or the Gothic Theatre. Despite these challenges, openers Birthday and Flint Eastwood both held their ground.

Birthday kicked off the evening with an alt-indie sounding set. Though they warmed up the audience’s ears with some promising moments in their set, their performance fell short in a few areas. The overall sound quality of the first band’s show lacked clarity. The bass overpowered the lead vocals and some of the driving drums were almost inaudible in the mix. From the lack of on-stage interaction between band members to the generic “Thank you, Denver” said after each song – Birthday’s performance fell on the amateur side. Birthday showed Denver their potential and executed their job of warming up the crowd simply and constructively, but needs to workshop some of the finer details.

As soon as Flint Eastwood stepped on stage, frontwoman Jax Anderson took complete control of the audience before her. Anderson knew that first impressions matter, and she greeted the Denver audience with confidence, power and a big smile — leaving a lasting impact on the crowd. Flint Eastwood gave Denver every reason in the world to pay attention to them. Anderson spoke with the crowd as if she was best friends with every single individual human in attendance. The Detriot-based rock trio’s performance was a step up from the first opener, making the Ogden crowd primed and ready for PVRIS. 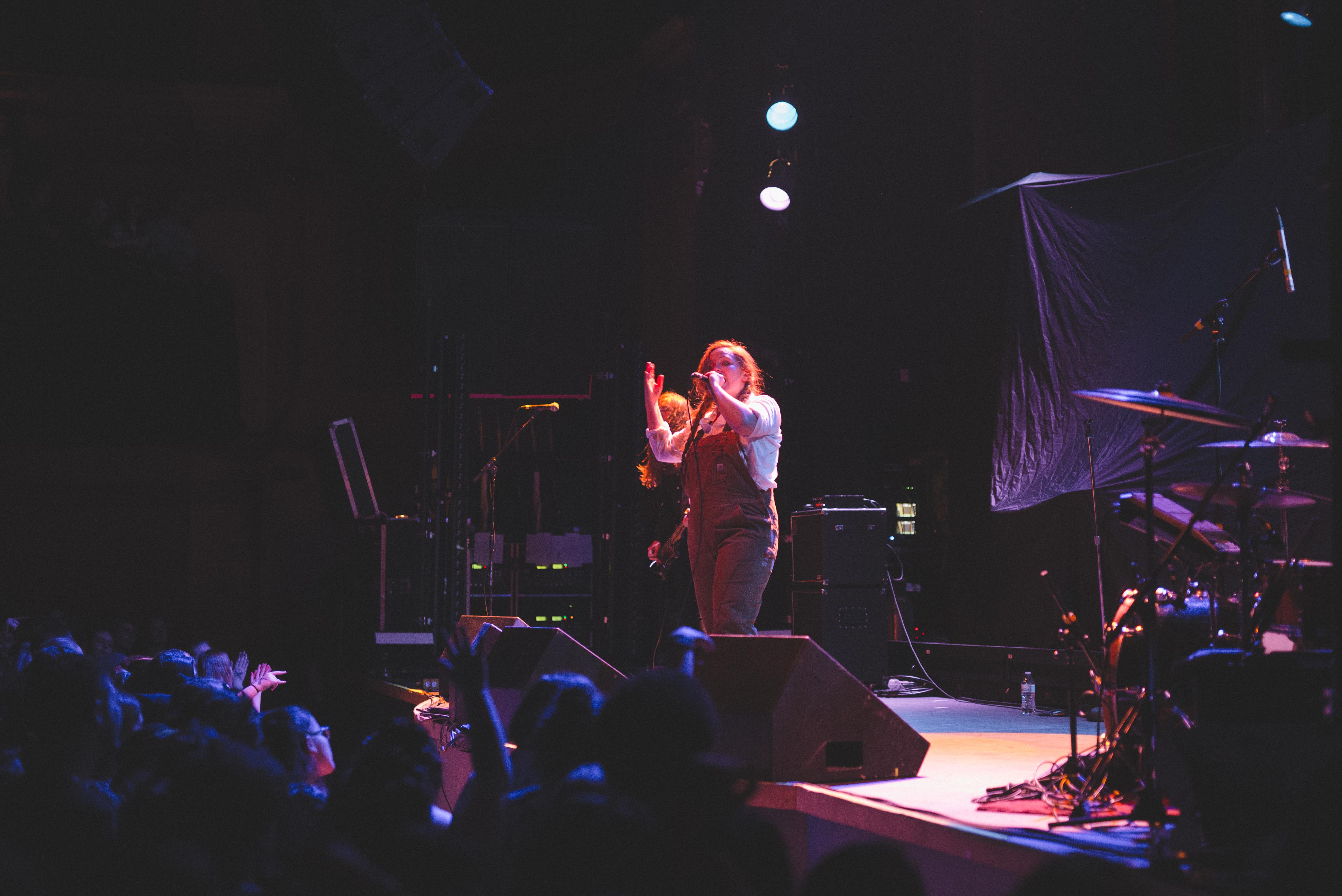 As the clock struck 9:35, the house lights went dark and LED stage lights lit the room. It didn’t take long for Lynn Gunn to lead her band on stage where screams from excited fans met them. The anticipation built off of the previous two acts finally broke as soon as PVRIS stepped on stage. Two drum sets and three piano rigs were set up and manned by the four-piece ensemble — an atypical stage plot for an alt-rock band. Each member of the group handled more than one instrument, with Gunn even playing four. She demonstrated her diverse musical talents as a performer as she progressed through the set. Starting with piano, Gunn moved from instrument to instrument — playing guitar, a sampling launch pad and even smashing the hell out of the second drum kit set behind her. 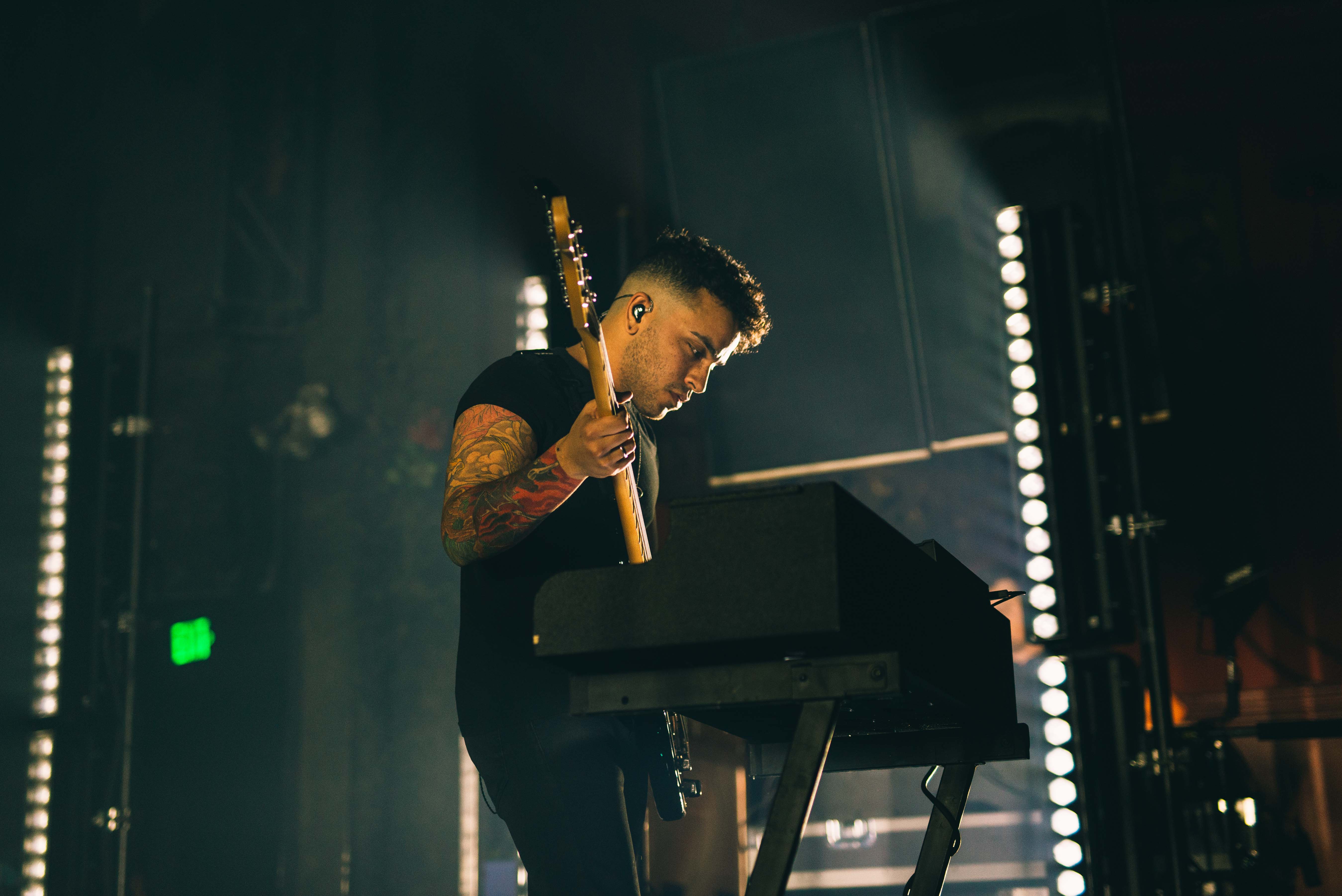 PVRIS’s set consisted of many unusual moments. Around the eighth song in the set, Gunn and her guitar player played a stripped down version of “Same Soul” off of their 2017 release of All We Know Of Heaven, All We Need Of Hell. Right in the middle of the new arrangement, Gunn intentionally stopped the song and started to have a casual conversation with the crowd. During this time, Gunn checked in on the crowd to make sure we were hydrated. “Nobody has ever done anything bad when they’ve had water,” Gunn said to her fans as she continued through the song. This display of humor and affection added an intimate feeling to the rest of the band’s set. 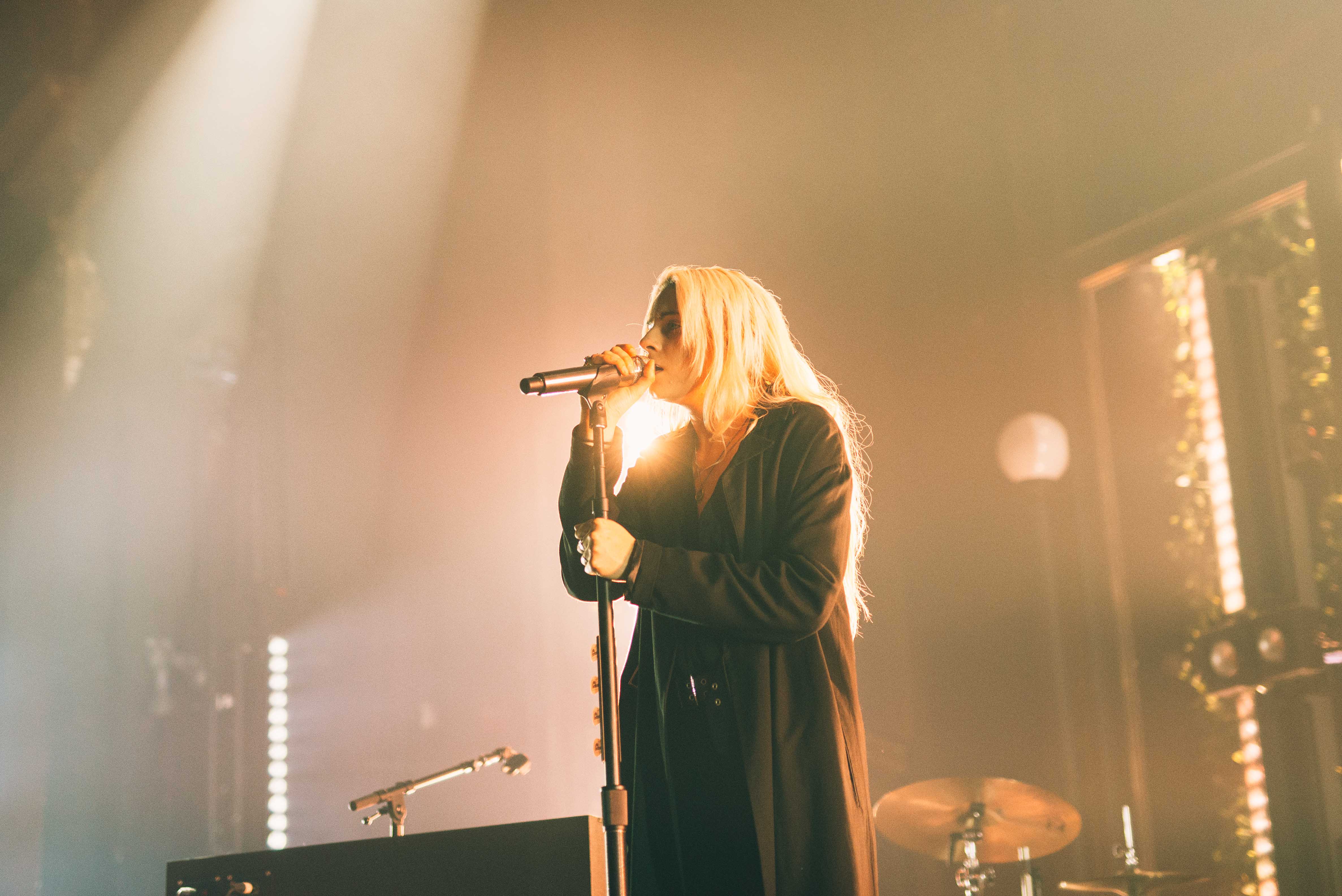 It’s impossible to go to a concert and not see tiny glowing screens everywhere filming the performance or sharing pictures on social media. This was not the case during PVRIS’s performance. Although phones could be seen, they were minimal in numbers. The audience stayed transfixed on living in the moment with PVRIS, rather than focusing on a screen in front of them.

PVRIS ended their set with “No Mercy” accompanied by a wild strobe light show and left the Denver stage on a high note. The anticipation brought on by the opening acts made PVRIS’s set that much sweeter. Birthday warmed the crowd up, Flint Eastwood got us excited and PVRIS delivered. 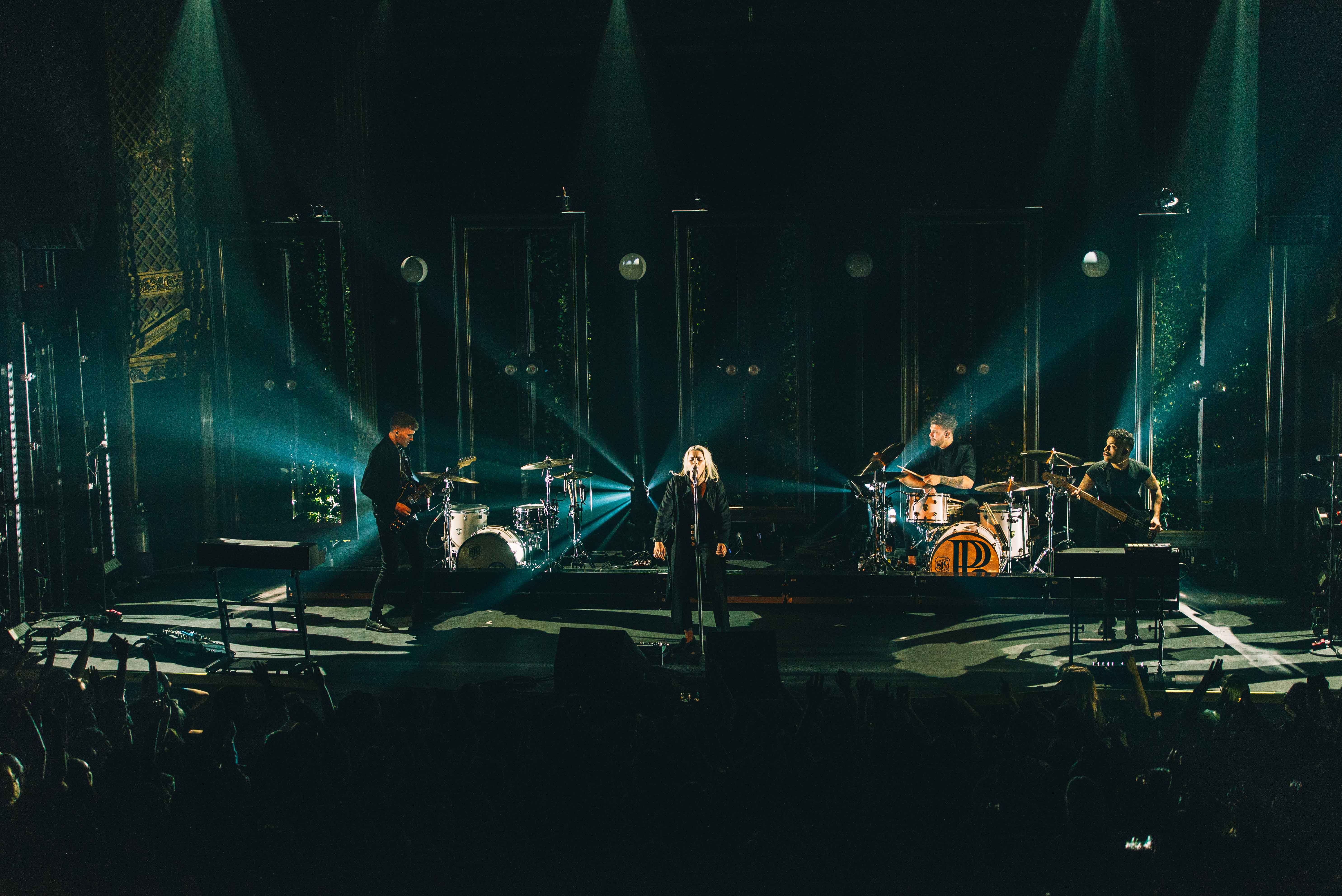