Review – Mura Masa Fulfilled Every Expectation at the Ogden

It didn’t take much for the industry to take Mura Masa (real name, Alex Crossan) seriously. The DJ/producer’s first full-length album featured heavy hitters like Damon Albarn, A$AP Rocky, Christine and the Queens, Charli XCX and more. It was also that first album that got the UK-islander a Grammy nomination for Best Dance/Electronic Album in 2017.

This recognition came in light of his unique style of electronic music. He’s not your ordinary EDM Star, remaining slightly mysterious with his image and persona. With that said, when walking into Mura Masa’s Ogden Theatre show last night we had no idea what to expect. Sure, we could have looked into previous tour reviews but something about Mura Masa’s intrigue sparked our curiosity. Will the musician perform slumped over a DJ booth? Will he incorporate real instruments? Will he sing? Will he only perform his album tracks? Mura Masa has always been different — and he only proved to be more of an outlier in the electronic industry at his Denver show Thursday night. The percussion-fueled electro-pop performance answered all of our questions with an unforgettable show unlike any other. 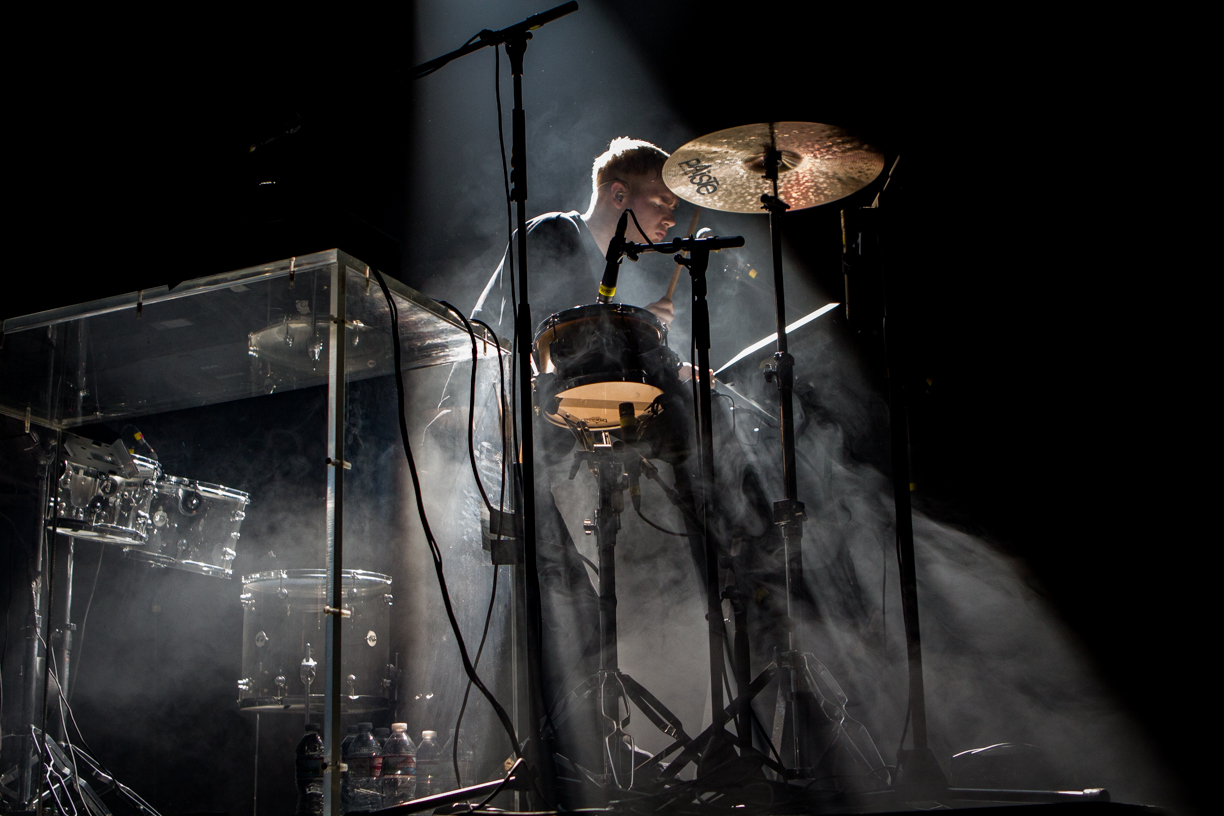 As to be expected, the musician mixed his familiar jungle, tropical and hip-hop beats. Blending them with an intriguing ambiance and surprisingly structured drops and cuts, Mura Masa kicked off his show hitting all the right notes. But it didn’t take long for Mura Masa to start slashing through the instrumentation — the musician was on a square platform surrounded by instruments (mostly percussion) on three sides. Crossan played drums, guitar and even sang — all during just the first couple songs.

The first guest of the night was Bonzai. Dressed in a simple pair of yoga pants and a tank top, she moved gracefully across the stage while belting hits like “What If I Go?” and “Nuggets.” She electrified the crowd and perfectly contrasted Mura Masa’s calm façade with energy and motion. At a young 20 years old, Bonzai is making serious moves in the music scene. Apart from touring with A$AP Rocky producer Mura Masa — and joining Aussie DJ prodigy Flume in Europe — she is making her mark on the international music scene with big hits and a memorable sound. 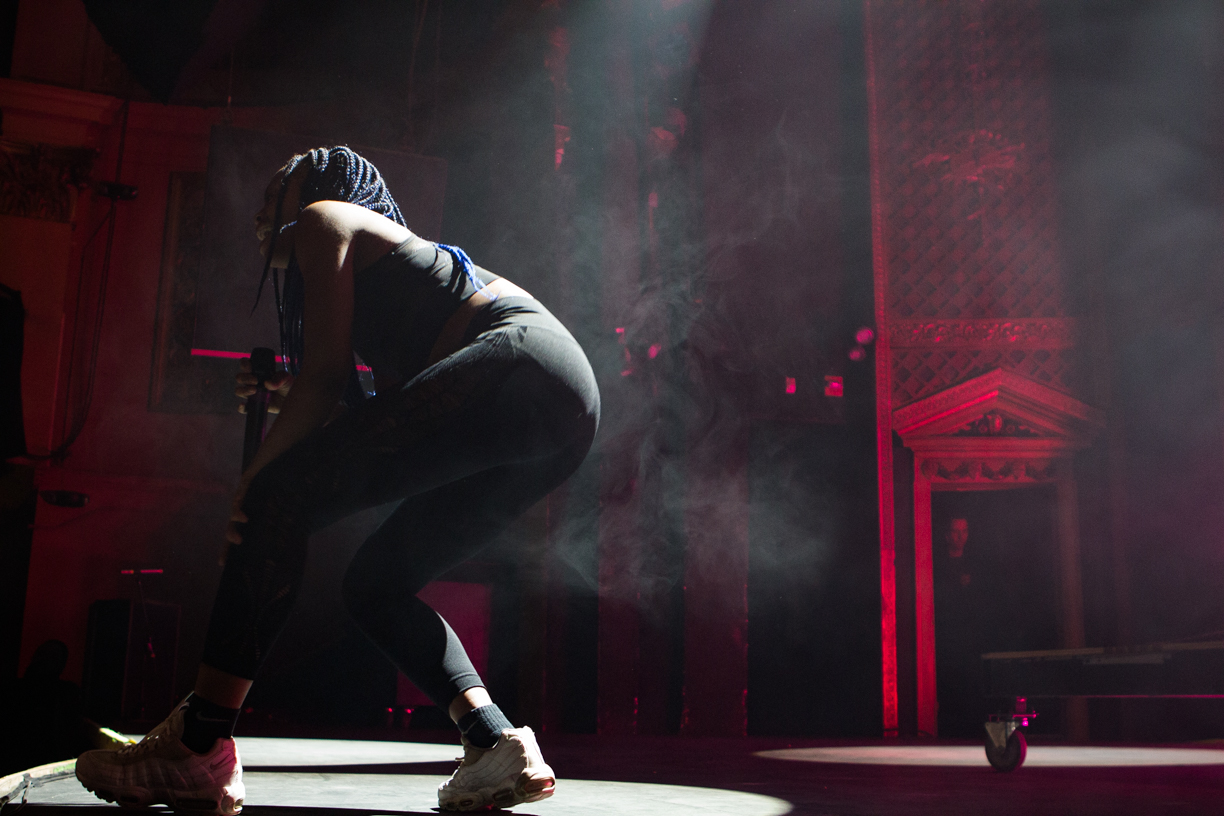 While Bonzai danced around the stage, Mura Masa, on the other hand, was standing still or relying on one of the backtracks. And while he transitioned from playing the keys to the guitar and drums, his overall movement was minimal. Regardless of his low energy performance Thursday night, the artist has shown up in a big way across the globe. Best known for his song “Lovesick,” which reached number one on the Spotify Viral charts in the UK and US.  He also produced and co-wrote “First Things First” on Stormzy’s Gang Signs & Prayer, which entered the UK Albums Chart at number one on March 3, 2017. His debut album Mura Masa was nominated for two Grammy Awards, including Best Electronic Album and Best Recording Package. 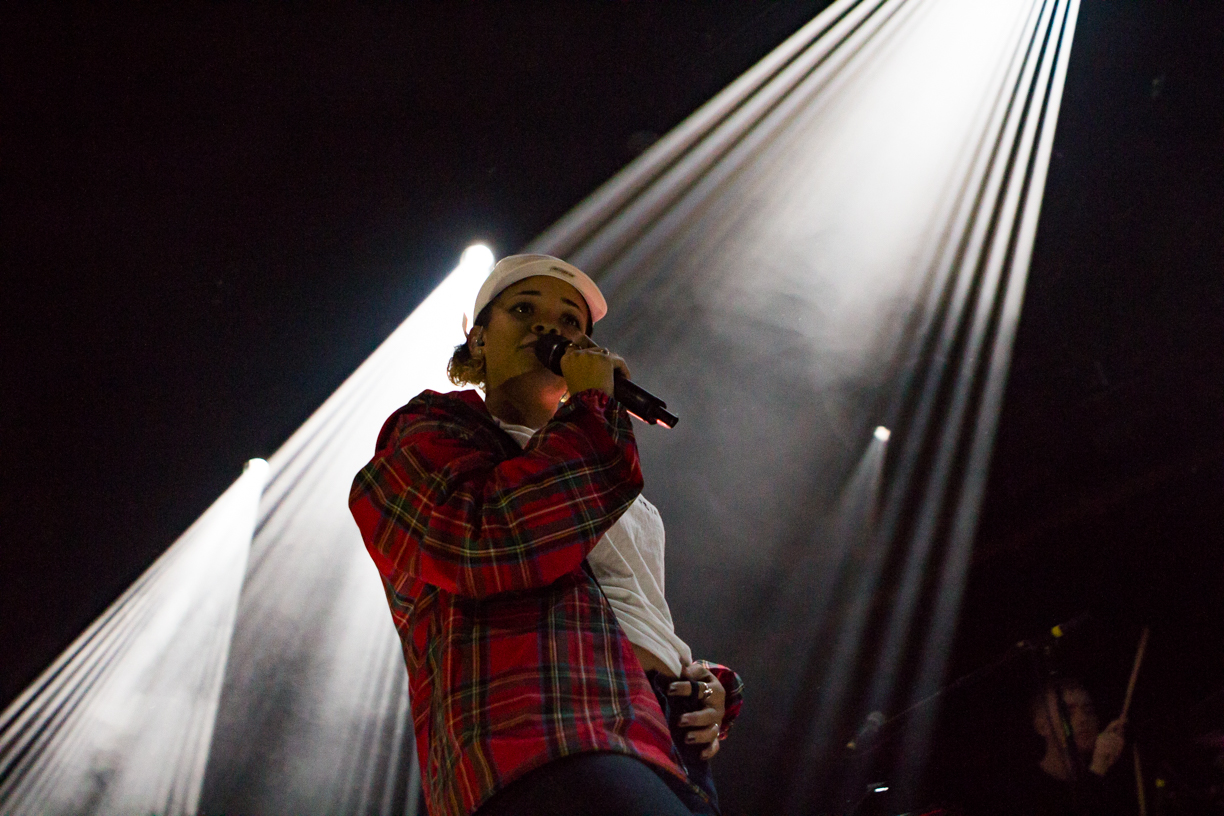 The night ended with a highly anticipated encore performance of “Firefly,” which proved one of the best of the night. And when the bass dropped and Bonzai brought her full energy forward, the crowd felt the vibes that the duo was putting down. With a solid conclusion and an impressive set,  the Mura Masa concert Thursday night at The Ogden lived up to every expectation. And there’s no doubt, we’ll be there when he comes to Denver again.