Colorado is home to many things — gorgeous hiking trails, frosted mountains to ski/board and of course, dispensaries down every Denver block. Unbeknownst to many, the state also houses a growing and dynamic music scene for synthesists near and far. Whether you’re looking for a large event, such as the Rocky Mountain Synthesizer Meet Up, or are craving a smaller, intimate grouping, such as Freq Boutique or Centered, all synth-heads can find their setting in the Mile High City.

To better understand the voices and sounds of the Denver synth community, 303 Magazine reached out to numerous local synthesists, including Mark Mosher and Alex Anderson (synth name: Nasty Nachos). Both have pledged many hours to fostering the local synth scene, allowing for the bright presence it contains today.

“The Denver and Boulder synthesizer scene is super vibrant,” Mosher shared. “Over five years ago, I founded the Rocky Mountain Synthesizer Meetup which is now over 650 members strong and we’re about to host our 63rd event!” — and this event is the perfect starting point for beginners who wish to delve into the craft. “Getting started can be a bit intimidating so by coming to the meetup you can meet and connect with people at all levels with a variety of interests and experience.”

Photo of and by Mark Mosher from ModulateThis.com

Similarly, Alex Anderson has taken huge steps in growing the Denver synthesizer scene through his creation of Freq Boutique and his involvement at WMD (William Mathewson Devices). “About six years ago, I got a job as an assembly tech at a local modular synth and guitar pedal manufacturer called WMD,” he shared. “A friend who was moving called me and asked ‘Do you want my job?” and I answered, ‘Hell yeah dude!’ and that was that.”

Further, through WMD, Anderson has created hundreds of tutorials via YouTube to cater to any synth need. “These videos are hilarious to watch now because I scripted everything and read the script line for line. I was so paranoid and worried about being scrutinized for not knowing my shit that I wrote everything down and double checked that it was right,” he added. Over the years, Anderson has nearly perfected his craft, with each new video proving his talent. “I still make videos and am now traveling all over the world, spreading the word and teaching people about synthesis and our products—it’s pretty great.”

Local synthesist Ryan McRyhew (synth name: Entrancer) also helped manifest one of Denver’s first synthesizer meets after the inspiration he found in Chicago’s synth scene. “My involvement is mostly concerned with the creative endeavors of synthesis, like playing shows and collaborating with people who work in the medium. I also enjoy having conversations like this and furthering the validity of electronic music as a form of creative expression,” McRyhew explained.

His curiosity for the art began with a love for video game technology, where at a young age, compositions and sequences came naturally for him. As his talent grew, McRyhew spawned numerous mixes and has since grown proud of the synthesizer community he calls home. “It may seem like a rich, white and male-dominated art form, but it is far from that. We are seeing a diverse range of people working with synthesizers and there are so many different voices using the tool as a form of expression,” he added. “Historically there has always been a connection between synthesizers and marginalized people, it’s great to finally see some upfront representation of that now.” 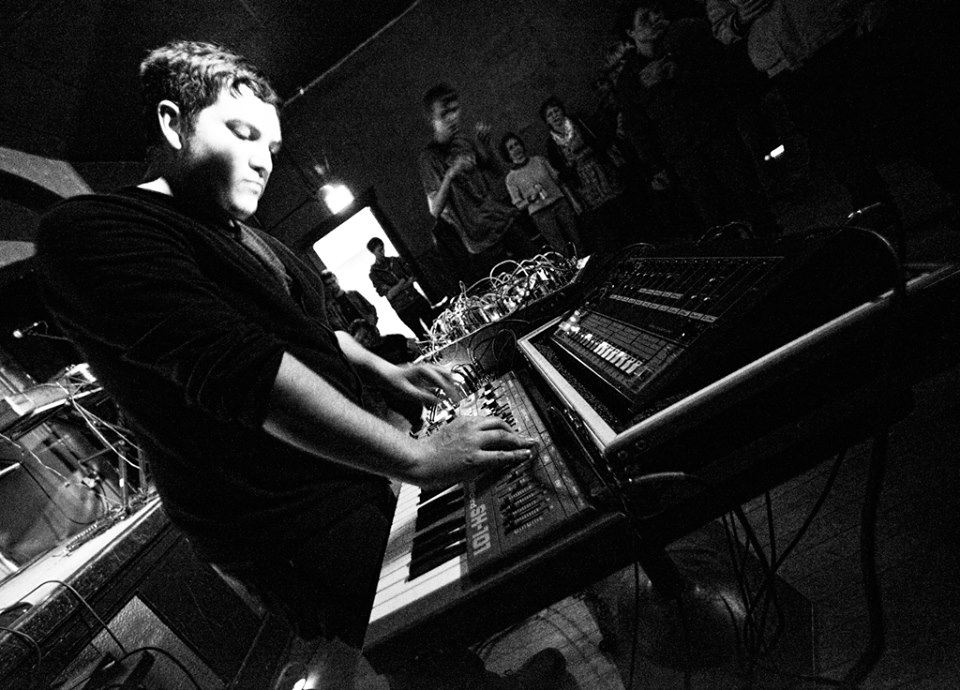 Eric Isbell and Matt Jones (synth name: Blackcell) also found themselves drawn to the craft at an early age throughout the ’90s, falling in love with the new wave sound of synth music. Both self-taught, the duo has produced three albums to date, with no signs of stopping. “One of the coolest memories was opening live for Gary Numan, who was a big influence on synthesizers in popular music and also a personal favorite,” the two share. “The thing that is great about synthesizers over more traditional instruments is there are fewer rules on how to go about making music but more possibilities with what you can do.”

First attempting to be a DJ, Seth Ogden (synth name: Acidbat) realized that producing synth music was much more up his alley—”I could bleep and bloop away to my hearts desire.” He continued, “I really just like to plug in and go. I typically don’t rehearse sets and just improvise my live sets.” Alongside his girlfriend, Ogden created a DIY space called Thee Haus Ov Where? Gallery. 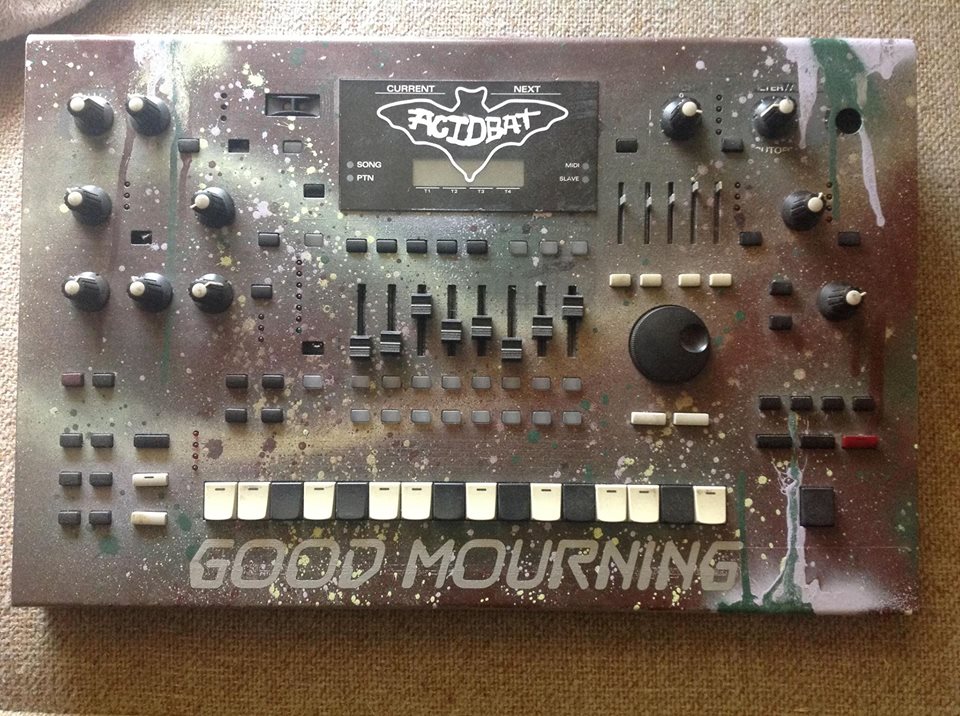 Though less present at events, local synthesist Jesse Sola (synth name: Numina) has still produced his fair-share of ethereal Denver synth sounds. “I have always been drawn to darker, introspective music like moody soundtracks, goth, darkwave, shoegaze, minimal-synth, coldwave, ethereal, post-punk, etc., so when I discovered artists like Steve Roach and Robert Rich in the mid to late ’80s, I realized that this was the kind of music I was looking for.” Since then, the artist has hosted a couple house shows with the world-renowned ambient musician Robert Rich, but has more recently focused on the release of his latest solo album, “The Chroma Plateau.”

Also concentrating on album production is fellow synthesist Christopher Frain (synth name: Pattern Language), where his involvement in the Colorado synth community allowed for one of the artist’s most surreal moments. “I was part of a performance that occurred outside in the glass arch atrium at Denver Center for the Performing Arts,” he shared. “It was a typical, freezing morning in early May, but the natural reverb and echoes bouncing off the walls actually enhanced everyone’s music. It was a very unique event and I enjoyed playing to people just walking through who had no idea who I was or what my music sounded like.” You can catch some of that sound on Frain’s Bandcamp, found here.

Lastly, let’s not forget Retrofette—after all, the Denver group lives by the motto “Synth Pop or Death.” When asked about the motto, frontman Sean Culliton said, “You can take synth pop from my cold, dead hands… But seriously, we think synthpop has a place in the Denver music scene and we want to create a culture surrounding it.”

READ: Retrofette is the Denver Synth-Pop Band You Should Be Listening To

Any synthesists, new and old, can find their community here in Denver. Looking for a place to start? The Rocky Mountain Synthesizer Meet-Up will be hosting their next event April 11 and will feature both a seminar by Mike Metlay as well as a hands-on workshop.  The schedule can be found here and spots are limited, so snag your synth spot while you still can.