You know when you discover a new band and spend a week (minimum) binge-listening to their collection of songs? Well, that was Retrofette for us. The group of four make synth pop music that will have you shamelessly dancing at your cubicle with your headphones. Retrofette played not one, but three sets at this year’s Underground Music Showcase, solidifying themselves as one of our favorite performances in the process. We sat down with Sean Culliton, vocalist and frontman for Retrofette to talk about the band’s next moves and the music scene in Denver.

303 Magazine: Where did the name “Retrofette” come from?

Sean Culliton: Gosh, this is kind of an embarrassing story. So, “fete” means “party” in French so it’s supposed to mean “retro party.” It’s embarrassing because we got the idea from my middle school music student. After he came up with it he let us use it because, in his words, ‘Yeah I think that name is stupid now so go ahead and take it.’ That kid is way too cool.

“I think the real priority at this point is building something out of our entire community here in Denver.” – Sean Culliton

303: A lot of you grew up in the area. What inspired you to dive into Denver music?

SC: I think a lot of it just had to do with the amount of opportunities available. There’s a venue or a niche for all different types of music and a good community amongst the musicians. 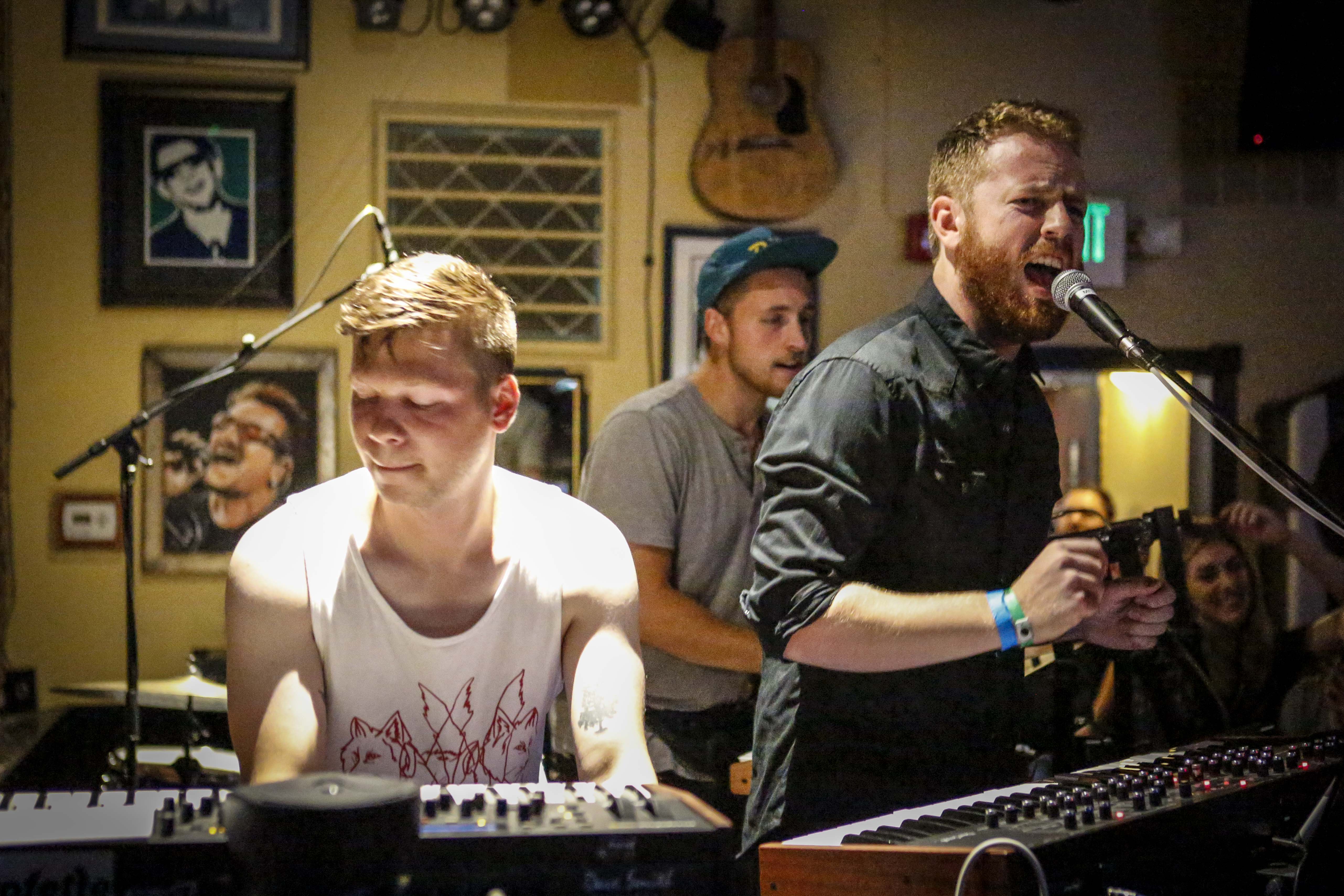 303: Tell us about your connections with other local musicians.

SC: We all play in different bands and have friends all over the scene. Some of us have played with other local bands like Other Black, Dandu and Décollage. We’ve recorded on other bands’ records and remixed other bands as well.

303: With being involved in a variety of other bands, where does Retrofette fall in the spectrum?

SC: I’d say Retrofette is definitely a priority but I also feel that there isn’t a whole lot of pressure in music to restrict yourself to one band or project. If you look at the music industry, you can see a lot of examples of super successful bands sharing members or musicians that are involved in other art projects. For example, Tame Impala and Pond come to mind. It seems like James Blake and Bon Iver have their hands in absolutely everything. So I think the real priority at this point is building something out of our entire community here in Denver. 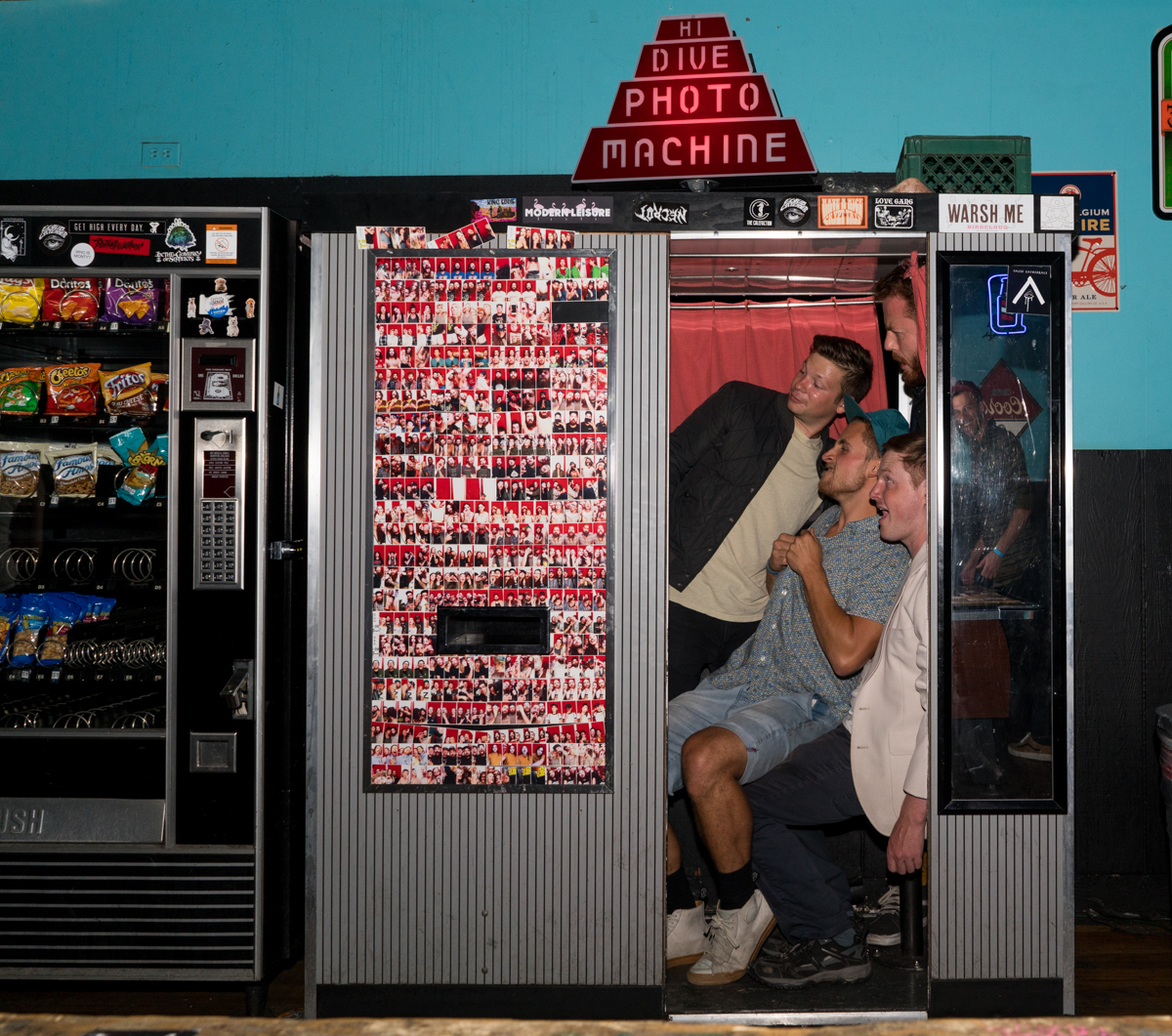 303: How seriously do you hold “Synthpop or Death” to be true?

SC: You can take synth pop from my cold dead hands… But seriously, we think synthpop has a place in the Denver music scene and we want to create a culture surrounding it. So we definitely stand by it.

SC: We’re in the process of writing new songs and hopefully releasing a handful of singles in the near future. We definitely want to get new music out for the fans that have stuck by us from the beginning. But we also know that there’s a good amount of people who don’t know what we do yet, both in Colorado and outside of it. So we’re also working on spreading our already existing brand of synth pop to those people and places.

303: What’s your goal for Retrofette?

SC: One goal Retrofette will always have is making people aware that there’s good electronic-based dance music out there that doesn’t have to rely on prerecorded tracks. We want to spread the gospel of live synthpop as far as possible, but as long as we’re making people dance, I’ll be pretty happy about it.

303: You’re still a pretty new group. Which Denver artists have inspired you over the years?

SC: Oh, there are so many. Definitely the crew at the Moon Magnet Collective and the fellow synth pop crusaders in Denver like Nasty Nachos and futurebabes. Also, we’re huge fans of the guys running Weird Touch, which is a monthly dance party at Syntax Physic Opera. It’s a great night.

303: What’s your favorite venue to perform at in Denver?

All photography by Meg O’Neill and Amanda Piela.