Here are Your Headliners for 303 Music Fest

On May 17, we’re kicking off 303 Music Fest presented by LivWell Enlightened Health — a release party for 303 Music Vol. 1., a silent disco and much more. Some of our favorite local artists are headlining — Trev Rich and StéLouse. In addition to our two headliners, CITRA will be performing and The Other Black is leading 303 Magazine’s first-ever Colorado Super Jam.

The party is happening at The Church, one of Denver’s hottest nightclubs. This historical spot has hosted industry giants from Anjunabeats to Jack Novak, Deorro and now, 303 Music Fest presented by LivWell Enlightened Health. The party features three rooms including a silent disco by SoundDown Party, a Colorado musician Super Jam, musician meet-and-greets and performances by a variety of Colorado superstars. And we’re bringing in a sound for every taste.

READ: We’re Releasing a Record on Vinyl with 12 Colorado Musicians

For the rap and hip-hop fans, Denver native Trev Rich is performing on the heels of his partnership with Cash Money Records. His single “Boys Don’t Cry,” is featured on 303 Music Vol. 1, and we have no doubt that this rapper is going to bring the house down come May 17. Next, on the line-up, we have StéLouse (pronounced ‘stay loose’). This Denver music is best known for his house and dance music remixes on SoundCloud.

If these big hitters aren’t enough to get you to The Church, we’re sure an appearance by The Other Black for our Colorado Super Jam will. Organized by former Night Sweats trumpet player Wes Watkins, The Other Black is bringing in a slew of Colorado musicians for a live collaboration Super Jam. CITRA will also be rocking the venue — the Denver group just celebrated a new EP release at Broadway’s Hi-Dive.

If you haven’t locked down your tickets, do it now, here. We’ll be selling 303 Music Vol. 1 at the event in addition to the presale happening now. 303 Music Vol. 1. is a Colorado compilation record printed by “the best damn record club out there,” Vinyl Me, Please. Featuring strictly Colorado musicians, the album features beloved local artists like GRiZ, Trev Rich, Wildermiss, an exclusive track by Flobots and more — only on vinyl. 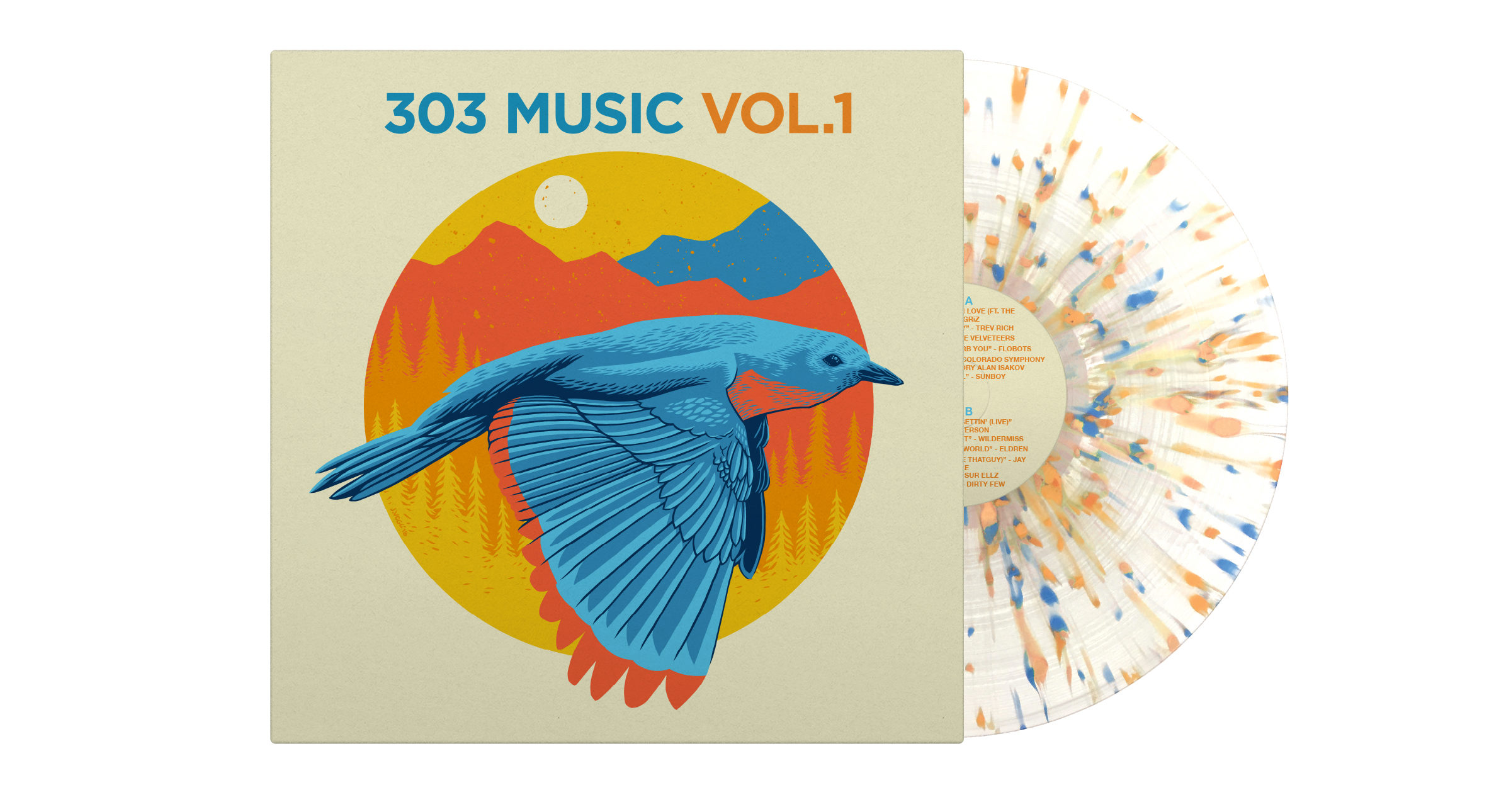 Thank you to our sponsors —