In addition to playing two sold-out shows on September 1 and 2 and hosting a live band rehearsal the night before, at the Ogden, GRiZ surprised Denver with a secret set at Cervantes’ the Other Side. But, this was not your typical saxophone playing, funky GRiZ set that we know and love, this was the deep house and heavy bass GRiZ that we believe we’ll see more of again soon.

The night started off with DJs such as Templo and Dreamers Delight. Both of them did not disappoint as openers for a big name like GRiZ. Dreamers Delight played most of the set as a single DJ then brought out a live band with included a drummer and a guitarist.

At 12:15 a.m., GRiZ hit the stage and told us the reason why he’s here – to work on his live DJ sets, which may have differed from the one he played this year at Red Rocks, or any GRiZ show for that matter because there wasn’t a saxophone in sight. Now, that doesn’t mean that this secret DJ set was a disappointment, because it was far from it. 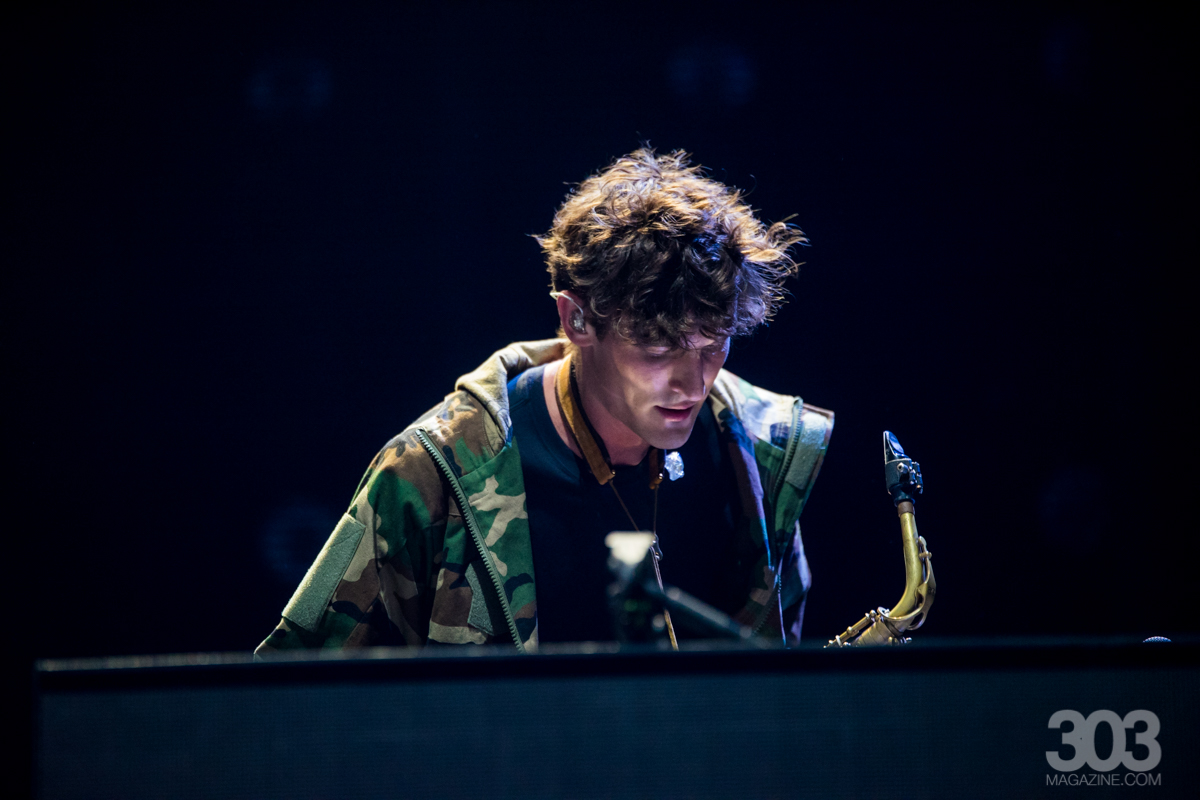 The classic GRiZ songs that we know and love like “PS GFY” and “Good Times Roll,” were nowhere to be heard as GRiZ dropped remixes and original songs from other heavy hitter artists such as Excision, Boogie T and Dubloadz, just to name a few. He started off his set by playing “Sloop John B,” by The Beach Boys but with a special EDM twist on it.

READ: GRiZ Now Has A Beer with Great Divide

It seemed as though the minute GRiZ hit the stage, the headbangers that inhabit Denver came out and took over the venue, and with good reason. The only time GRiZ gave the crowd a second to catch their breath was when he began playing deep house songs, which were very short lived as he went straight back into his neck-breaking dubstep. He even threw in a remix of “I Can’t Stop” by Flux Pavilion.

“What the fuck is this?” was something that was heard from the crowd throughout the entire set — but it was meant in the best and nicest way possible to describe the surprising performance that GRiZ gave. Although his set only lasted about an hour it still had the same high-energy performance he drives into all of his shows. It seems like GRiZ is trying a new, heavier take on his music career and the bass-capital city of Denver is welcoming it with open arms.