S’mores for breakfast, rocks on a grill and steam so thick that you can’t see who’s standing on the other side.

It was an interesting and snowy brew day at Wibby Brewing in Longmont for this year’s media collaboration beer for the 5th Annual Collaboration Fest. Like all the beers at the festival each year, it was about pushing the boundaries of ingredients and process. The goal is to make a one of a kind beer to showcase at this beer event and Ryan Wibby of Wibby Brewing took the brewing process back in time.

Wanting to stay true to its Lager roots, Wibby found a brew that would represent the brewery and be one hell of a good time to brew with members of the media. 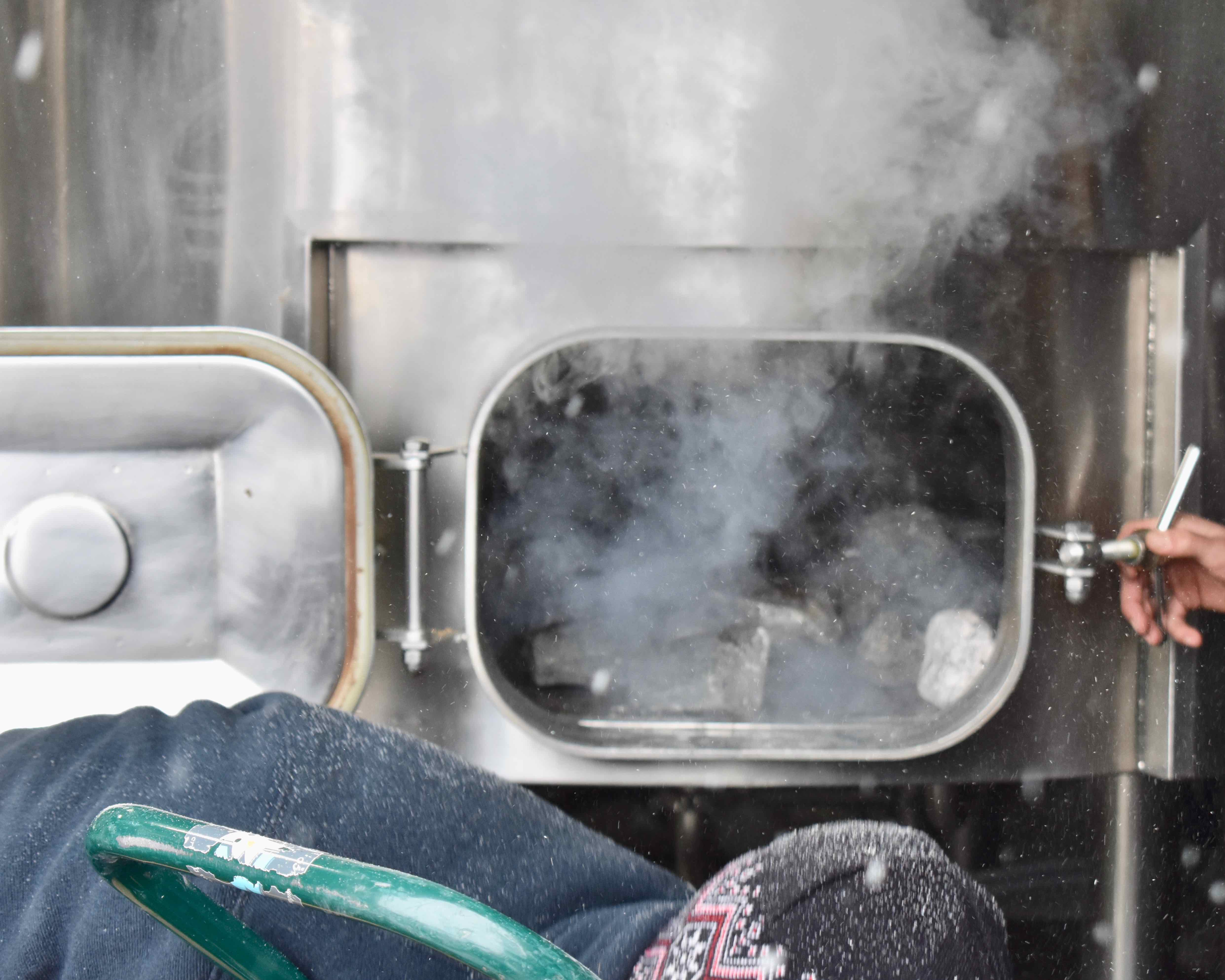 Together, we brewed a Steinbier – if you aren’t familiar with the style, don’t worry, you are not alone. What makes a Steinbier unique? When the wort is transferred, hot rocks are added. Just how hot you might wonder? As hot as possible, hot enough that it no longer registered on the thermostat when Wibby was watching over the fire. The end result was mass amounts of steam, caramelization (added sweetness) and a smoky impact on the overall flavor of the beer. This style is old school – in fact, Wibby could only find one member of the Brewer’s Association who had any history with the process and the last time they brewed it was 1980. We’ve only encountered this type of brew method one time before, back in 2015 at the perpetually eccentric beer festival — Beers Made By Walking. But even so, this type of beer is few and far between. 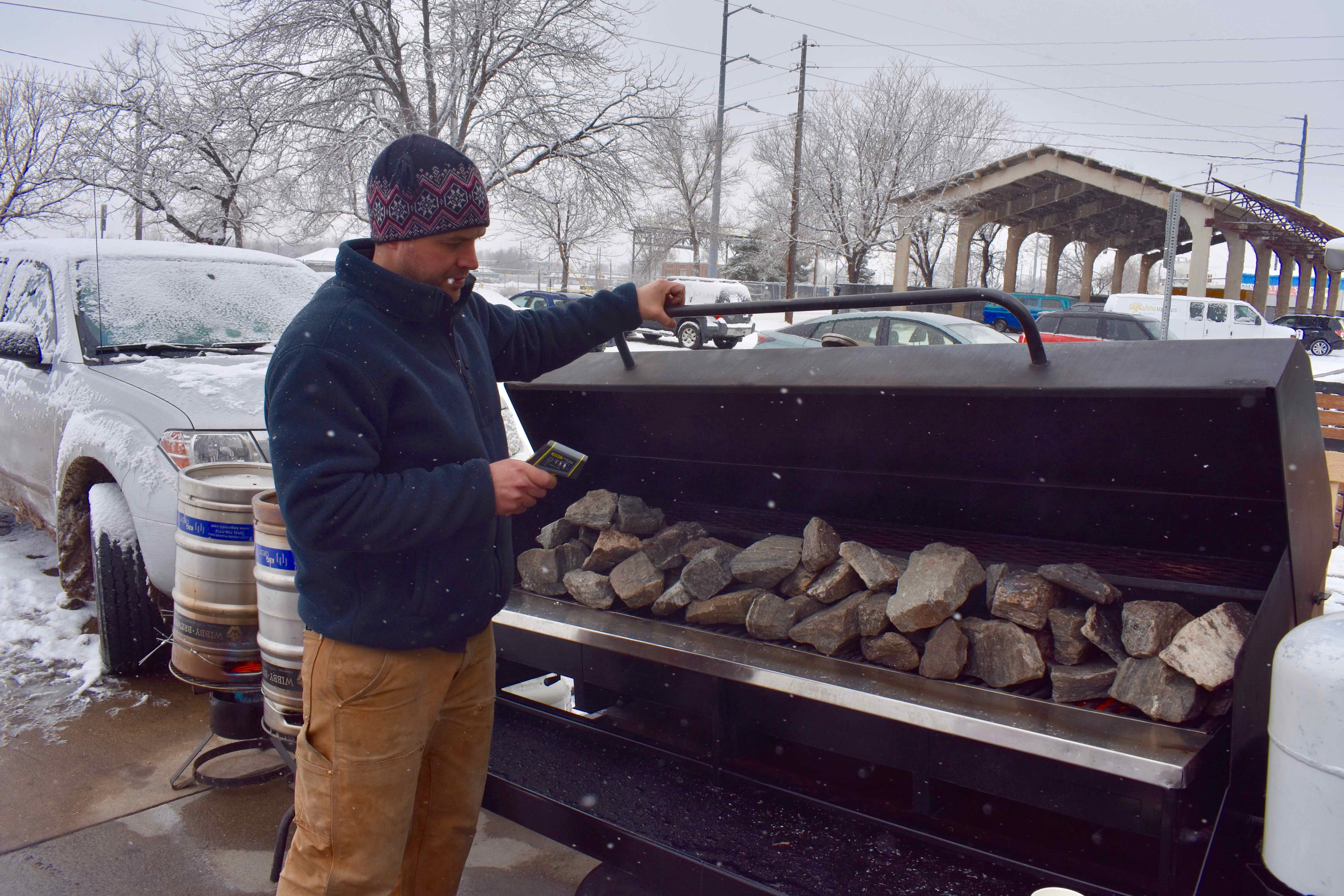 The rocks were heated two ways – a large group on a gas grill while the others in an open fire bit that contained Applewood, Pine and Aspen branches to enhance the flavor. There might also be the smallest hint of marshmallows, as a few were lost during s’mores-making process. But since the beer was brewed on a 15-barrel system, the chances of any real effect are minimal. The rocks used were granite for strength – any other rock, like a river rock, would be prone to exploding during the process putting a damper on the entire brew day. Some of the malts used for this brew include Vienna and Munich and the hops include Crystal and Mt. Hood – the end result should be a beer that comes in with an ABV of six percent and has a nice balance between the hop bitterness and the sweet caramel malt base and hot rocks. 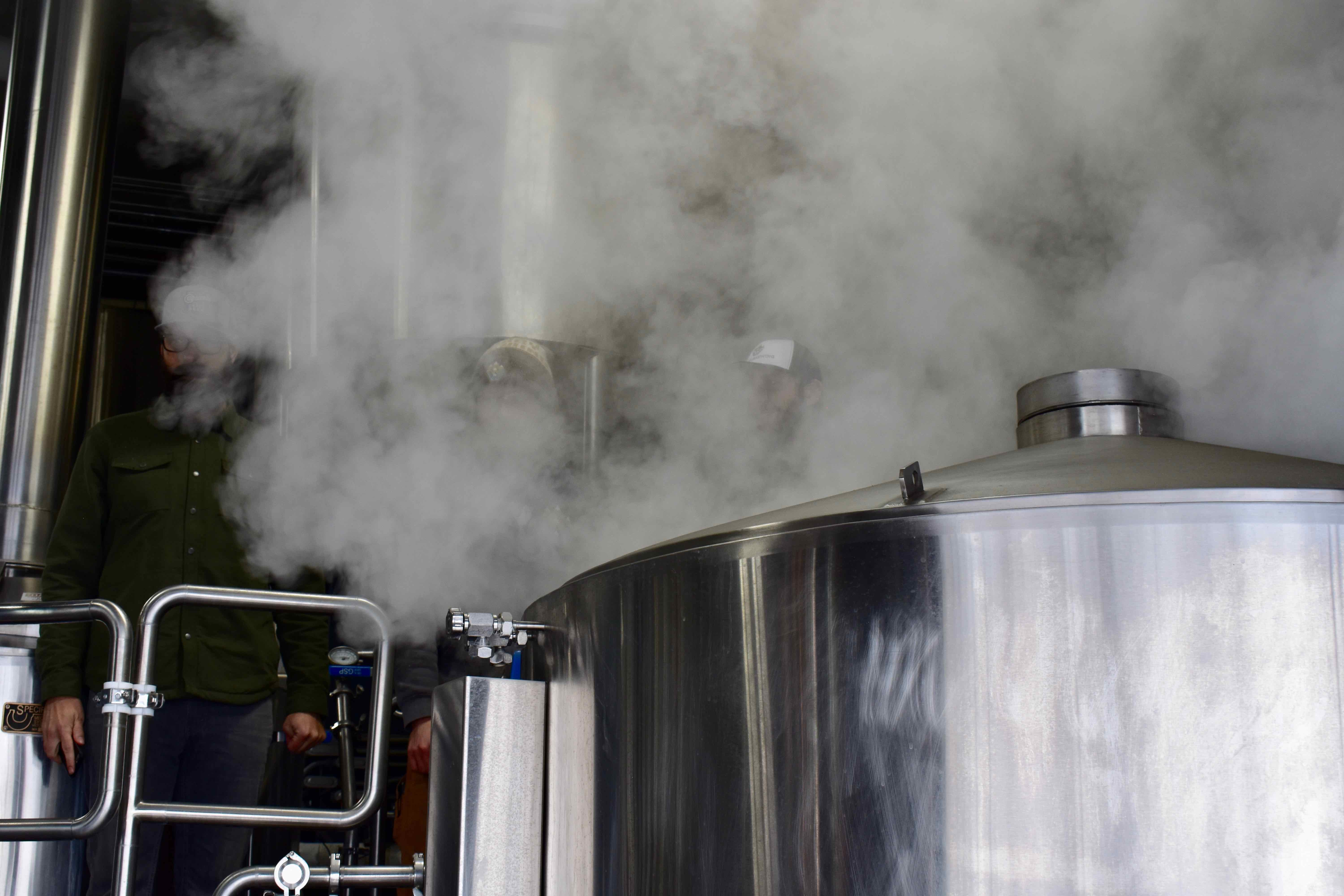 The steam created from adding the hot rocks to the wort

The first keg of this beer which has been named Throwing Stones Steinbier will be tapped at the fifth Annual Collaboration Fest put on by Two Parts and the Colorado Brewer’s Guild is happening on March 31, 2018, at the Hyatt Regency Denver – click here to get tickets. Every year this exploratory festival grows in size and this year is no different with an anticipated 100 brews from 150 breweries participating from all across the globe.

Want to participate in one of the collaboration brews? This year Two Parts is launching The People’s Beer – each step of the brewing process will be decided by a public vote – believed to be the largest collaborative brew ever. The beer is going to be a Saison – which is French for the people and will be brewed by Little Machine Beer – make your vote count by going here.

If for some reason you can’t make Collaboration Fest this year, the beer will also be tapped at Wibby Brewing in Longmont after the festival – look for the beer in early April.