This year’s X Games in Aspen brought a dance-heavy line up with Martin Garrix, Marshmello and LCD Soundsystem, adding in Method Man and Redman for a stray rap element. With a 2017 line up of Bassnectar, Anderson.Paak & The Free Nationals, The Chainsmokers and G-Eazy, it was noticeable that X Games was going to keep the format of dance and hip-hop influenced music. However, one may argue that — save for heavy hitters like LCD and Marshmello — the lineup failed to be as fresh as last year because you could argue that everyone on the 2017 ticket was having their respective moment in the limelight. But nonetheless, each act brought their unique sense of hype to the stage.

READ: Review – X Games Turned Up for Its 21st Year

On Friday night, Martin Garrix kicked off the weekend with a visually stimulating show filled with trippy visuals on the screen behind the DJ. Pyrotechnics and fireworks throughout the set also kept the crowd awing in delight. Garrix played all of his most known hits such as “Scared to Be Lonely” and “In the Name of Love,” along with other remixes. Although the audience area wasn’t nearly full, the crowd that was there was determined to dance themselves warm. 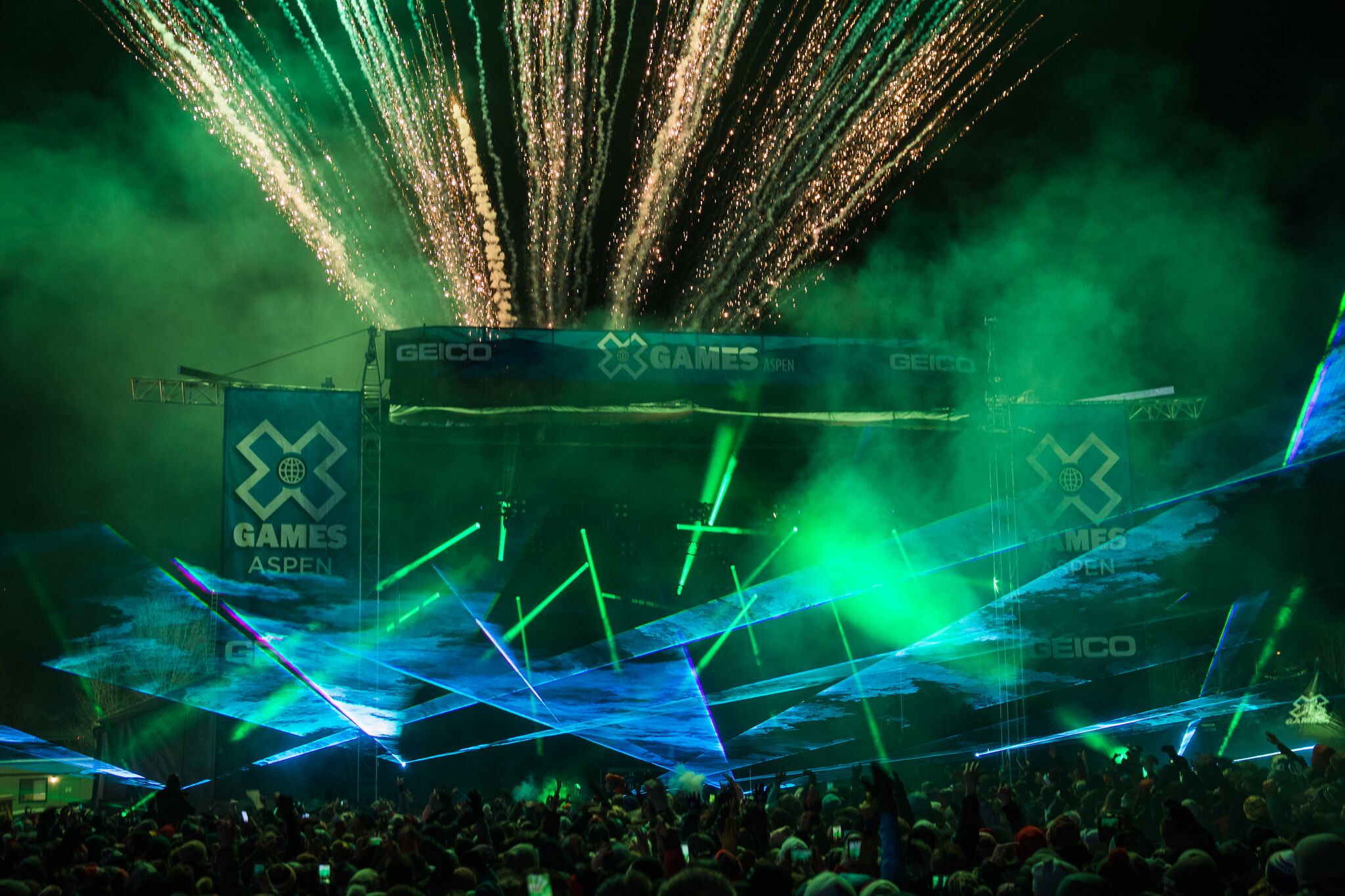 Method Man and Redman hit the stage right at 5:30 p.m. to a massive cloud of marijuana smoke. This was immediately — and obviously — welcomed by the rappers, who told the crowd, “there are two things you need to bring to a Method Man and Redman concert — weed and energy.” Method Man repped a Native Roots sweatshirt, his apparently favorite local dispensary, while Redman came to stage with an oxygen tank. The duo, veterans of Wu-Tang Clan and Def Squad respectively, got the crowd going and the party poppin’ with their old-school 90’s rap jams. Near the end of their hour-long performance, Redman went on a rant about modern rap music saying, “Remember when you could listen to a rapper, understand the lyrics and hear what they’re saying?” The duo kept the crowd hyped up for the entire hour-long set with various commentary, asking who’s high and smoking in the crowd, which was always met with deafening cheers — camaraderie through mary jane and good rap. By the end of the set, loyal fans were screaming for more.

READ: Q&A – Method Man and Redman Want You to Put Down the F*cking Phone and Pretend it’s the ’90s 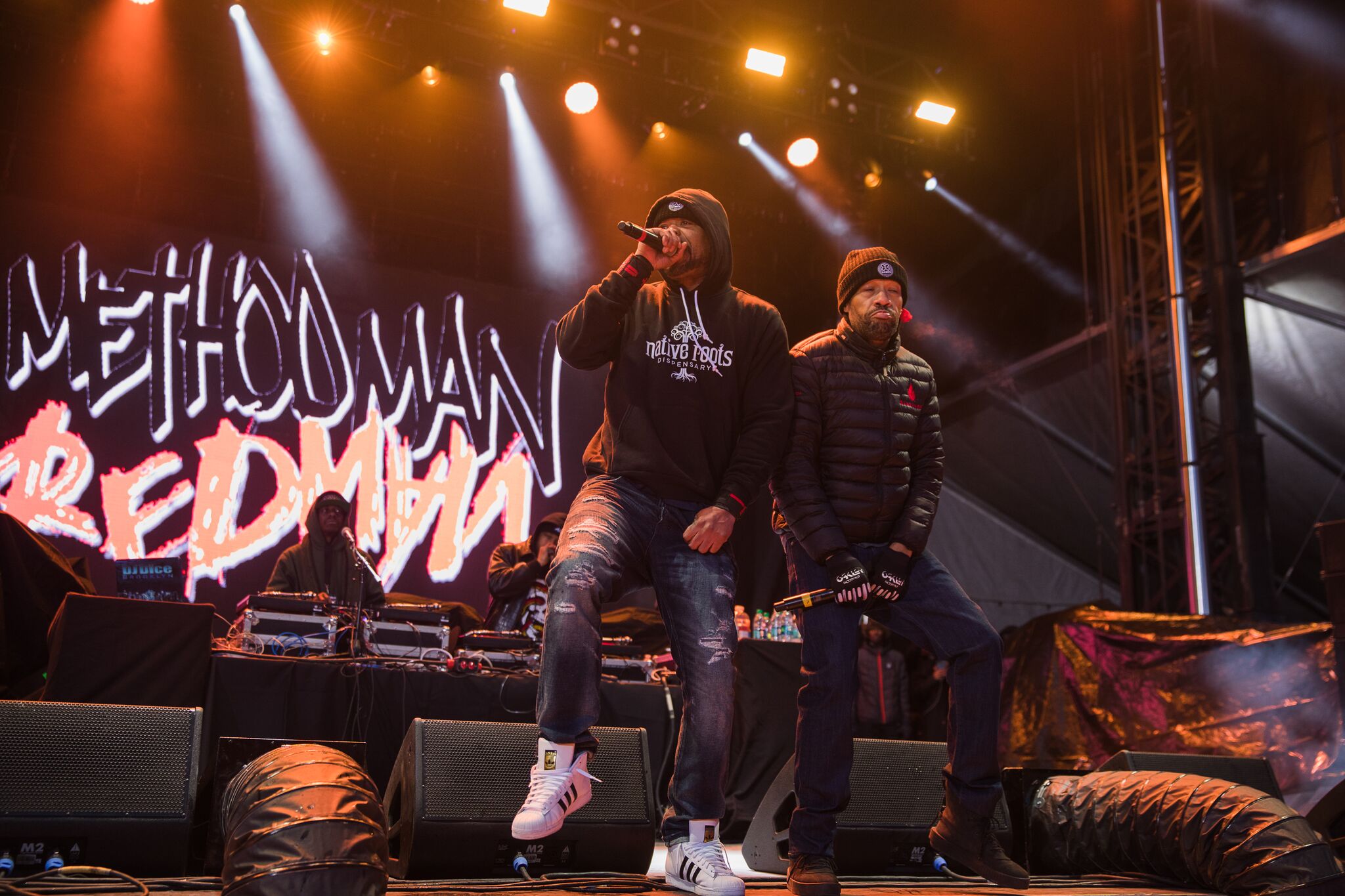 Juxtaposing ’90s rap with 2000s LCD Soundsystem dance-rock sounds led to an interesting audience turn out. No matter, LCD delivered a solid 90-minute set of their biggest hits from their early 2000s albums such as This Is Happening along with their self-titled album. James Murphy, LCD frontman, commented several times at how cold it was — the temperature was in the single digits. They played favorites like “Daft Punk is Playing at My House” and later “Dance Yrself Clean,” but for most, it was another dance party with an appealing light show and their signature massive disco ball. In an odd twist to the set, a huge digital clock counted down the end of the performance to the audience for a rather anti-climactic ending. Besides the cold and the clock, this set seemed no different than any other festival set for the well-known band. 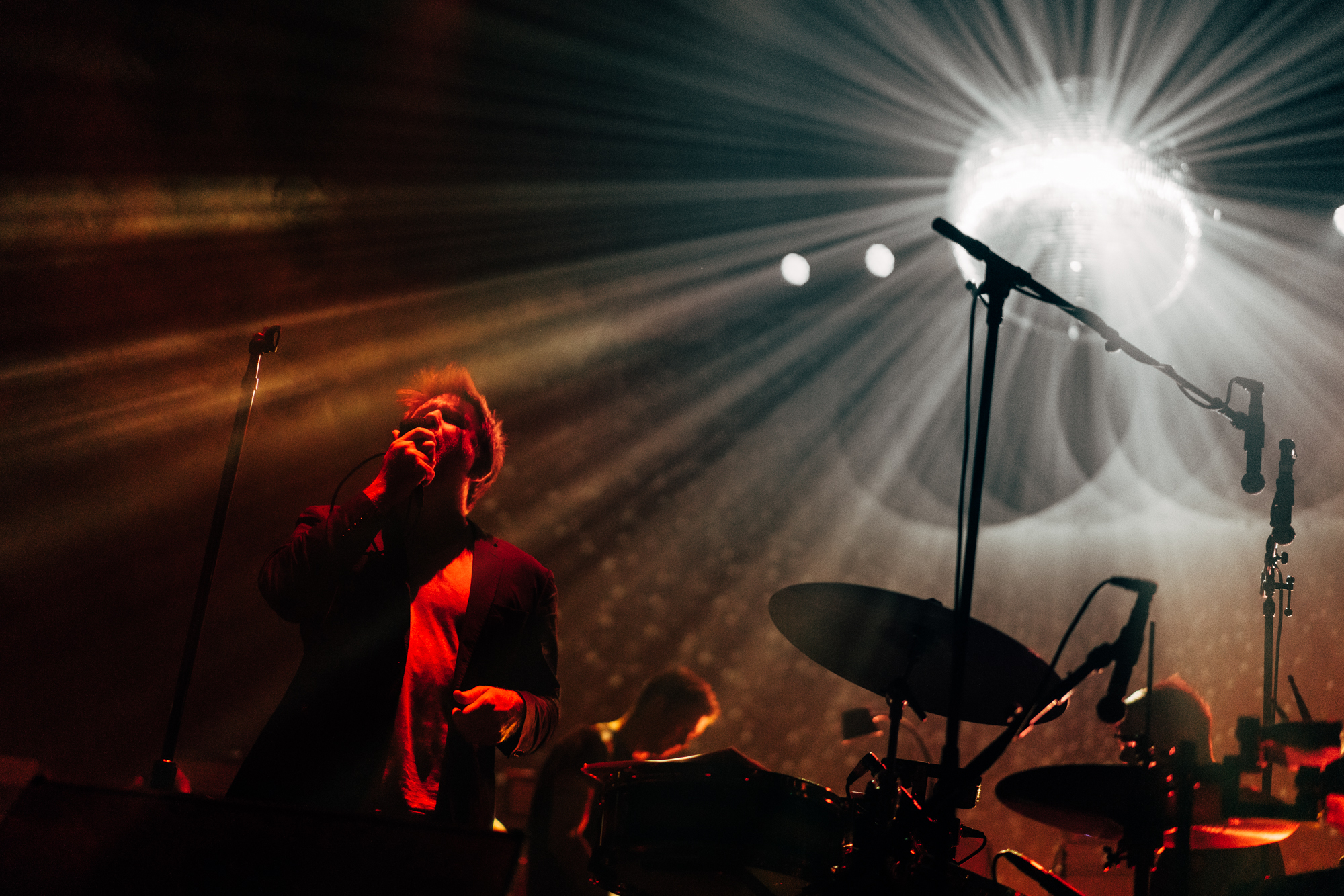 By the time Sunday rolled around, it appeared that the games were slowing down, with only a handful of people still remaining on the frosty Buttermilk Mountain. With fewer competitions occurring on the final day and the sun staying behind the clouds, the event couldn’t hold much attendance even with the American DJ Marshmello as the final performance. Taking the stage at an early 4:30 p.m., the EDM mastermind whose famous remixes include the currently popular “Silence” and “Wolves” did everything in his power to entice the crowd – but no one would bite. The performer began with a video featuring Will Ferrell claiming to be the DJ himself, followed by the real Marshmello (real name Christopher Comstock) prancing towards his booth. “Where’s my beautiful mellow gang?” he chanted out, as cramped concertgoers attempted to raise their hands while huddling for warmth. Remixing well-known hits such as Kendrick Lamar’s “HUMBLE” and Oasis’ “Wonderwall,” Marshmello still managed to get the crowd to chant along even with an exhaustive weekend behind them. 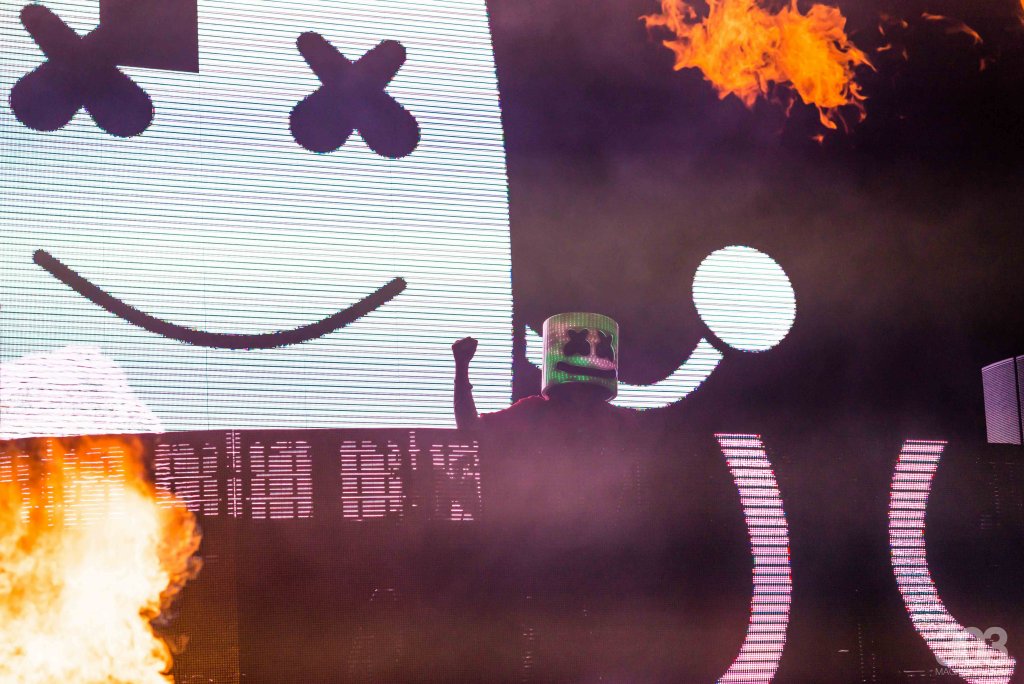 Marshmello performing at Red Rocks in 2017. Photo by Alden Bonecutter.

Whether it was the mid-afternoon time slot or the few remaining X Games’ guests, something about this show didn’t sell, posing a giant question mark for the DJ with a net-worth of $21 million. Although Marshmello utilized his signature colorful, Candyland aesthetics and visuals, it was difficult to transport the crowd into his trippy wonderland. Further, the crowd demographic appeared to have shifted from the weekend’s earlier concerts as families and teenagers were now left scattering the mountain, leaving the 20-something crowd displaced. Perhaps the X Games was attempting to hold its retention rate by leaving Marshmello for last, but the plan proved unsuccessful as a slow Sunday rolled around. By the end of the weekend, the frigid treck up to Aspen for a line-up that didn’t offer anything more than a regular set didn’t seem worth it for the average Denver citizen. Next year, with more diverse and fresh scheduling of shows to hold onto attendees, the Winter X Games Music can surely bounce back and provide a weekend we all look forward to once more.