Review – X Games Turned it Up For Its 21st Year

This past weekend was the 21st year for the 2017 Winter X Games, and like most 21st birthdays, the X Games turned up the volume and took the party to the next level. Not only did the X Games fly out international superstars to headline their concerts, they brought together the best athletes to compete in bigger and badder events. From the debut of a new sport, SnowBike Cross, to the very first domestic competition of Women’s Ski Big Air, capacity crowds gathered from near and far to watch athletes do the impossible. Plus, this year there were crazy winter storms the week before the X Games. Dumping three feet of fresh snow in Aspen, the weather set the stage for an amazing competition week.

Also, this year’s Winter X Games event was an Olympic qualifier for many of the athletes. Although, when asked about the Olympics, most athletes explained they were largely focused on the X Games. Bobby Brown, American freeskier and two-time X Games Gold Medal winner, said, “I just want to come out here and take it day by day and event by event… X Games is really where the roots are and that’s what I care about more and next year literally isn’t in my mind at all. I just want to come out here and be present and focus on what we got going on right now and see what we can do.” 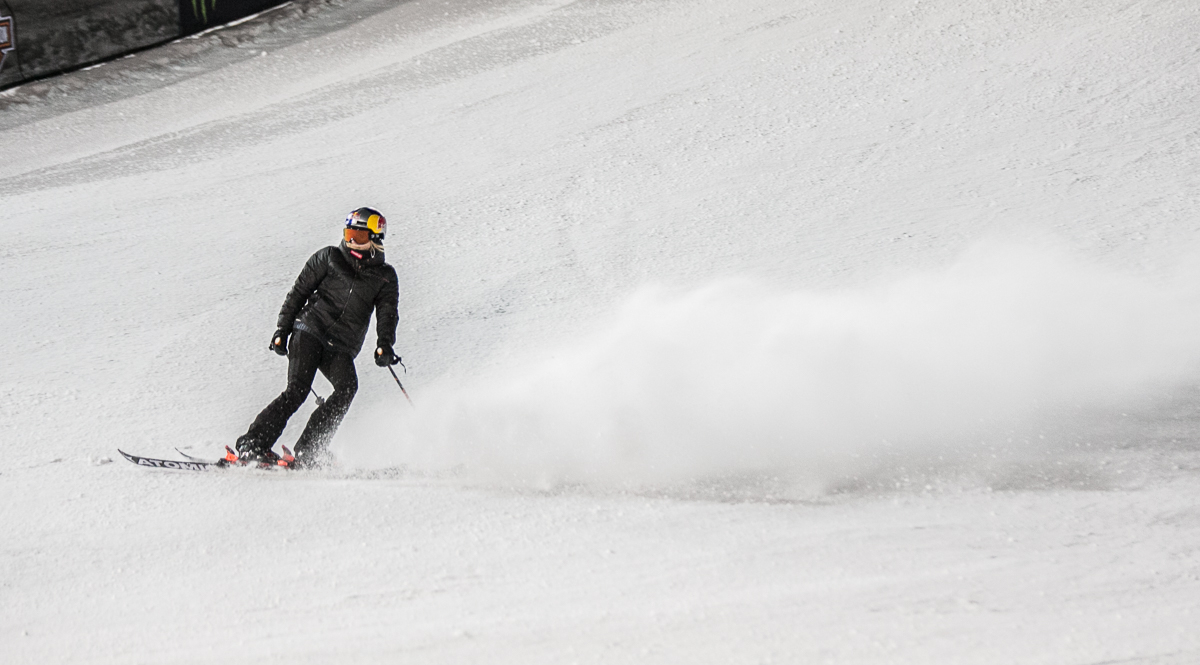 One of the highlights for The 2017 Winter X Games was during Women’s Ski Big Air. Lisa Zimmermann from Germany had the crowd in utter shock when she landed a switch double cork 1080, which was a huge feat of progression for this event. It was the first time this trick has ever been executed and landed in this competition. It was exciting for the fans and quite a surprise that the podium for the Women’s Ski Big Air had two newcomers, and a 14-year-old winning the competition.

Snow BikeCross didn’t disappoint either. This new event is a combination of SuperCross on a SnowCross course with modified dirt bikes where the front tire is a ski and the back tire is a snowmobile track. Brock Hoyer won the gold even though he fell early on in the race. He was able to come back and win the whole event. Hoyer who was smiles from ear to ear said, “It’s going to take a while to sink in. I’m super stoked.”

Video of the Snow BikeCross competition

Many fans were excited that Shaun White was returning to the 2017 X Games and the Super Pipe this year after he didn’t participate in 2016. But Scotty James took over the event when he scored an amazing 90.00 on his very first run of the evening. He jumped 21 feet over the pipe, launching him above every other competitor to win the gold.  His smile said it all from the end of his first run to the podium where he received his gold medal. He even put on his red “boxing kangaroo gloves” in honor of his home. “It is Australia Day back at home today,” he said.

The Winter X Games 2017 consisted of world-class athletes, amazing musicians, die hard fans and a lot of great memories to be remembered. There were a lot of successful firsts this year in The 2017 Winter X Games, proving that the Games will continue to evolve and excite for years to come.

Go here to see all of our photos from X Games 2017. Photography by Brent Andeck.