This past weekend, legendary ’90s rappers Method Man and Redman (of Wu-Tang Clan and Def Squad respectively) graced the Aspen X Games Music stage to bring back the hip-hop sound that started the movement. Upon hitting the stage the rappers announced, “there are two things you need to bring to a Method Man and Redman concert — weed and energy.” Redman brought an oxygen tank on stage while Method Man repped a Native Roots sweatshirt. Although the independent duo started the show with the song “Errbody Scream” from their 2009 collaborative album titled Blackout! 2. However, Method Man and Redman mainly stuck to their popular material from the ’90s like Method Man’s “Bring the Pain” and Redman’s “Time For Some Action.” In the crowd, ecstatic audiences members young and old rapped the lyrics right back. After the show, 303 Magazine got a chance to sit down with the duo to talk about ’90s rap influence on modern-day music, future projects and marijuana as a creative influence.

READ: Review – The X Games 2018 Concerts Hit the Jump But Missed the Landing 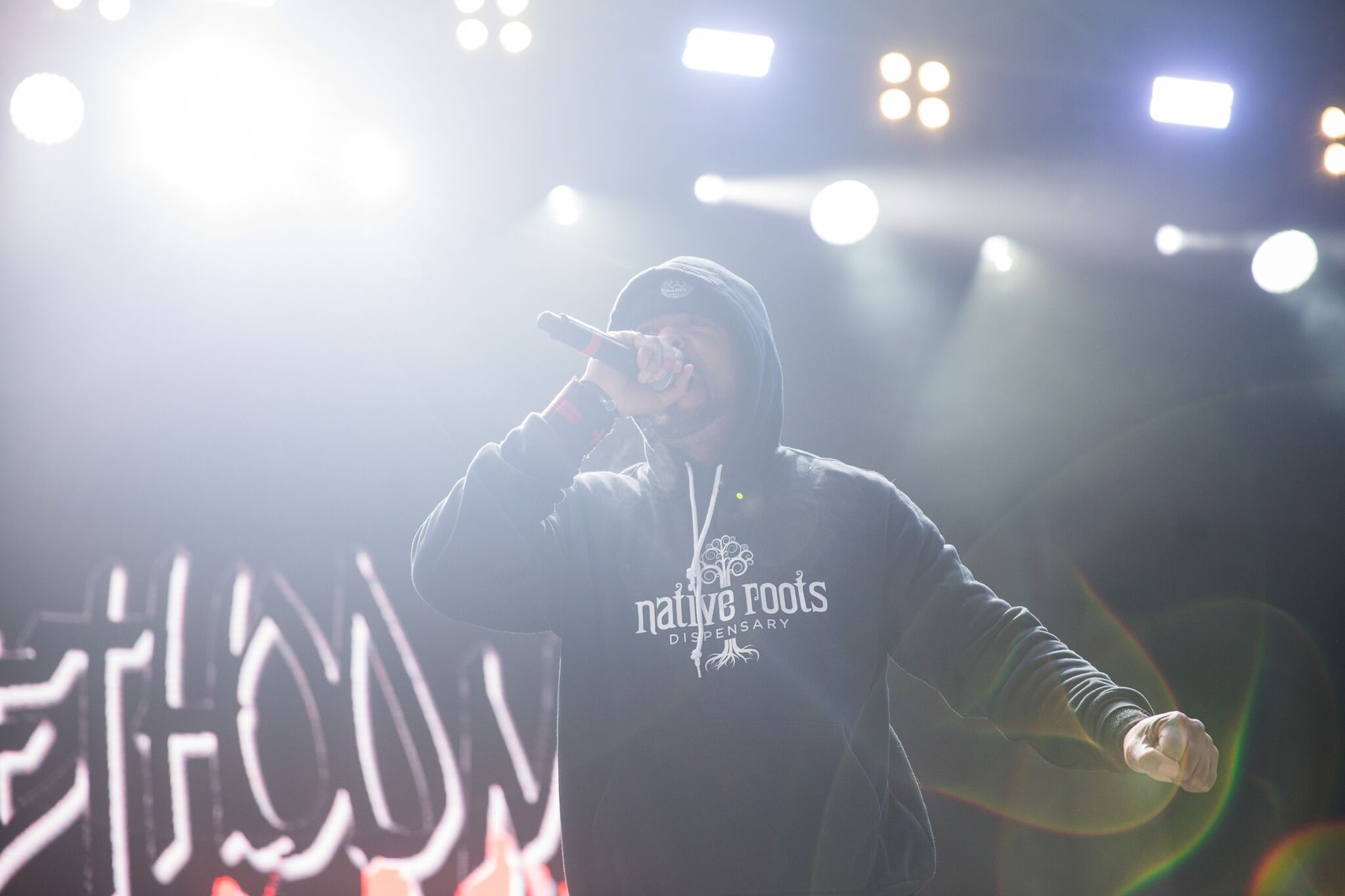 303 Magazine: What was it like performing in the ’90s and why do you try to bring that vibe to your shows now?

Redman: The ’90s, in my opinion, was when music, rap especially, was actually crossing over boundaries and breaking down walls, and getting into commercials and we were being recognized — that’s why I think the ’90s is the most pivotal era. Tonight, every show, we bring the audience back, we tell the audience what it’s like going back to the ‘90s because we want to give them that feeling of what it was like to jump around and act a fool instead of just standing there looking in our fucking face and texting on their fucking phone while we on stage. We try to eliminate that and get everybody in the groove. Especially the first row, too — we make sure the first row leads by the example.

Method Man: I know where my life was and what is now, so I’m very grateful.

Redman: When the audience is still appreciating the music after a whole lot of years, like 20 years. Going to another state or going to another country and getting that same energy like it was the ’90s, that’s what makes us appreciate it more. Because you got to understand, this music industry moves very fast. The attention span is very short with the new guys so we got to work. And sometimes we think, “damn, are they going to know our shit out here?” then we get on stage and we see young to old singing our shit and that’s what keeps us motivated to do what we do. 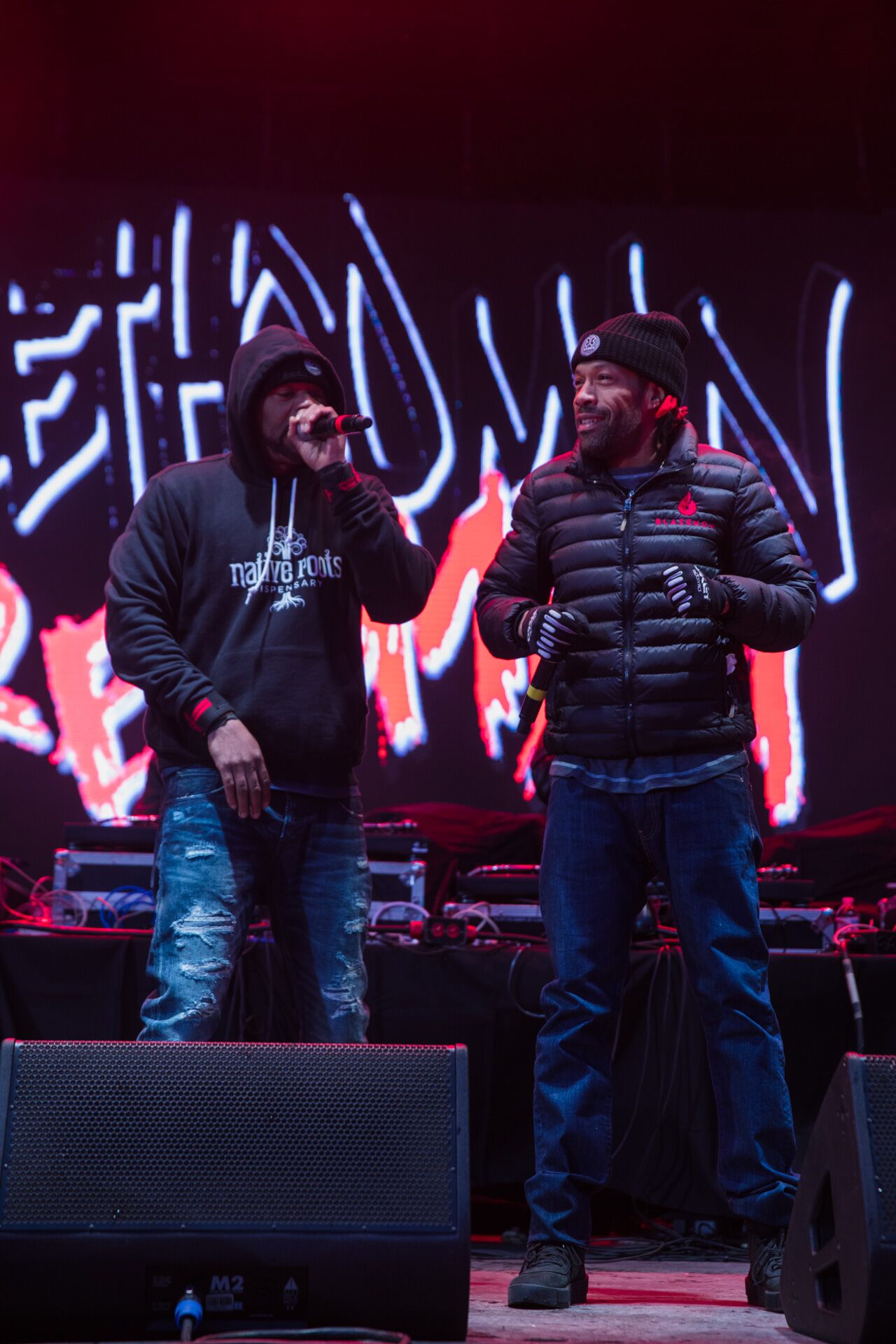 Redman: I’m just learning my craft more. I want to be behind the camera. I want to shoot me a movie. I want to put my own money up and shoot me a mother fucking movie one day and I’m going to do it. I got a lot more learning I gotta do. Branching out, other business ventures besides rap. We’re taking our name and opening branches of different business.

303: How has legalized marijuana influenced your rap lately?

Redman: Shit, even when it was illegal we were influenced (laughs).

All photography by Michael Malvitz.