If anyone wanted to know how much Denver supports their local music scene, last night’s attendance at the Pandas & People concert would be perfect evidence. It was a Thursday night, it was late, yet the turn-out of a couple hundred people couldn’t be more promising for the intimate Bluebird Theater of Denver. “Forget that you have work tomorrow, sing with us now,” preached lead vocalist Paul Whitacre of Whitacre, the night’s first opener. With harmonicas, drums, and stringed-instruments galore, the band was ready to get its folk on to an eager crowd. Yet audience members struggled on where to direct their attention, as the band appeared dissonant in their dance moves and energy levels. 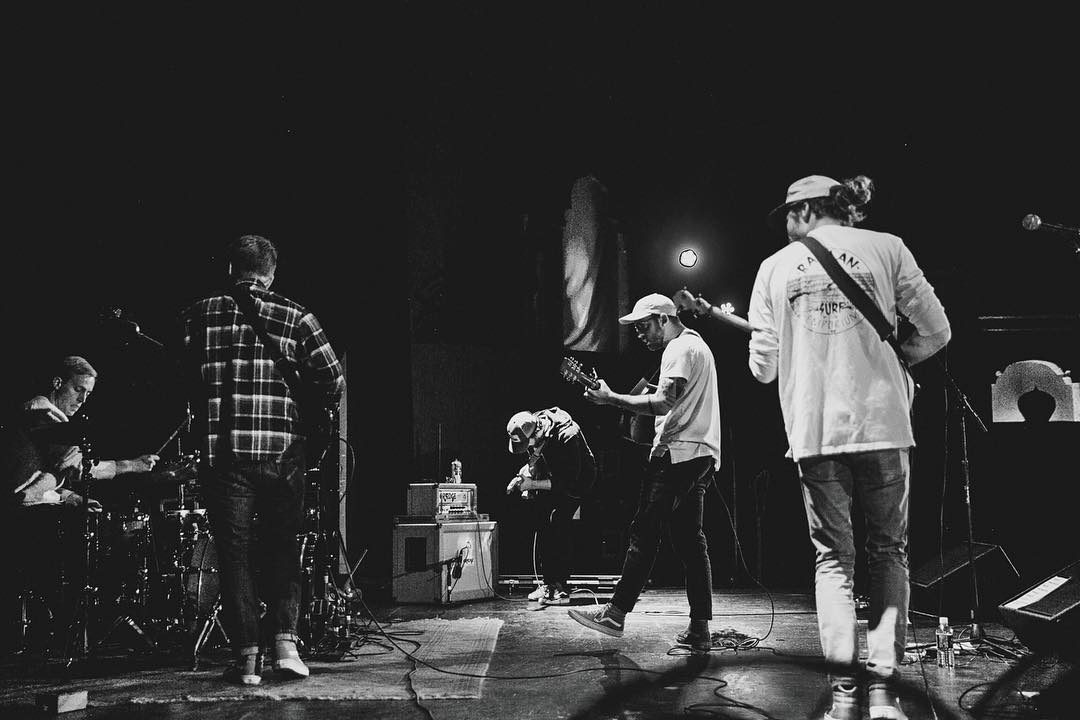 Greater cohesion finally came when the band arrived at their solo Spotify single, “Set Me Free,” earning cheers of approval from the crowd. As new and unreleased songs came to follow, Whitacre displayed an already clear progression with their sound, embodying more upbeat and lively tunes in songs such as “Find Light.” “We don’t take for granted your support show after show. This one is going to be so special,” the band posted on Instagram in preparation for the Bluebird Theater show.

Next to approach the stage, the small but mighty vocalist of Wildermiss, Emma Cole, captivated the audience with vocals that haunt you in the best way possible. During the most memorable moment of their set, Cole managed to overlap her vocals, harmonizing solely with her own angelic voice. Audience members ascended to heaven as this tour-de-force proved that with or without her band, she could entrance us all.

With a comfortable and connected aura floating about them, this grassroots quartet looked clearly at home. “We love playing in Denver, it’s the best. Thank you for supporting local music,” the opener announced. It’s our pleasure, Wildermiss.

Unfortunately, as headliners Pandas & People took the stage around 11 p.m., a dwindling audience proved that time wasn’t on the band’s side. A good portion of sleepy concert-goers chose to leave as the group began, and the remainders chose to chat with their peers around them to stay awake. Drowsiness aside, the folk band clearly gave it their all — enough to one day give Mumford & Sons a run for their money. The group has won numerous titles, including “Best New Artist,” “Best Folk Band in Colorado,” and “Best Americana Act,” and it shows. Specifically, the harmonies between lead vocalist Joshua Scheer and guitarist Tucker Ewing were pitched to perfection.

The intimate setting of the theater allowed for a slow-dance or two towards the front of the stage, as Scheer softly sung new, unreleased lyrics. “This is our favorite show every single year,” the vocalist announced. “You all are looking beautiful tonight.”

Changing tones, the band successfully re-energized the audience with a pick-me-up Kid Cudi cover of “Pursuit of Happiness.” Beyond their most successful song, “Find You,” this ‘hip-hop turned folk’ rendition garnered the most attention, as crowd members chanted along throughout the venue’s walls the approval was undeniable.

This is the second year Pandas & People have dawned the Bluebird Theater, providing concert recaps on their Instagram for anyone who wishes to watch/re-watch the show.  For those who missed out on seeing any of these Colorado-natives live, they probably won’t stay away for long – and how can you blame them, with a local scene this good?