Show You Should Know – Susto and Esmé Patterson at Globe Hall

With amusingly-existential lyrics like “Is there anybody in there — smoking weed with God?” and a scratchy voice that could make you cry, it’s hard not to love listening to Susto — the alternative country-rock band from Charleston, South Carolina. Better yet, this tour season, Susto teamed up with Denver-favorite Esmé Patterson for a kickass indie-rock tour that’s coming to Denver’s Globe Hall for two nights, December 16 and 17. We talked to Susto’s frontman and founding father Justin Osborne about his funky ideas for songs, playing in Denver and what’s in store for the band next year.

303 Magazine: We saw you added a second night at Globe Hall, how did that come about?

Justin Osborne (JO): The first night was selling really well and the venue had the next night open so they just added it because Esmé is from Denver so it’s kind of like a homecoming show for her. But also, we’ve sold out past shows in Denver, too, so it’s going to be a good time. The first night she [Patterson] is going to headline, the second night we’re going to headline and that’ll be fun, too, because it’s like a co-headline tour. 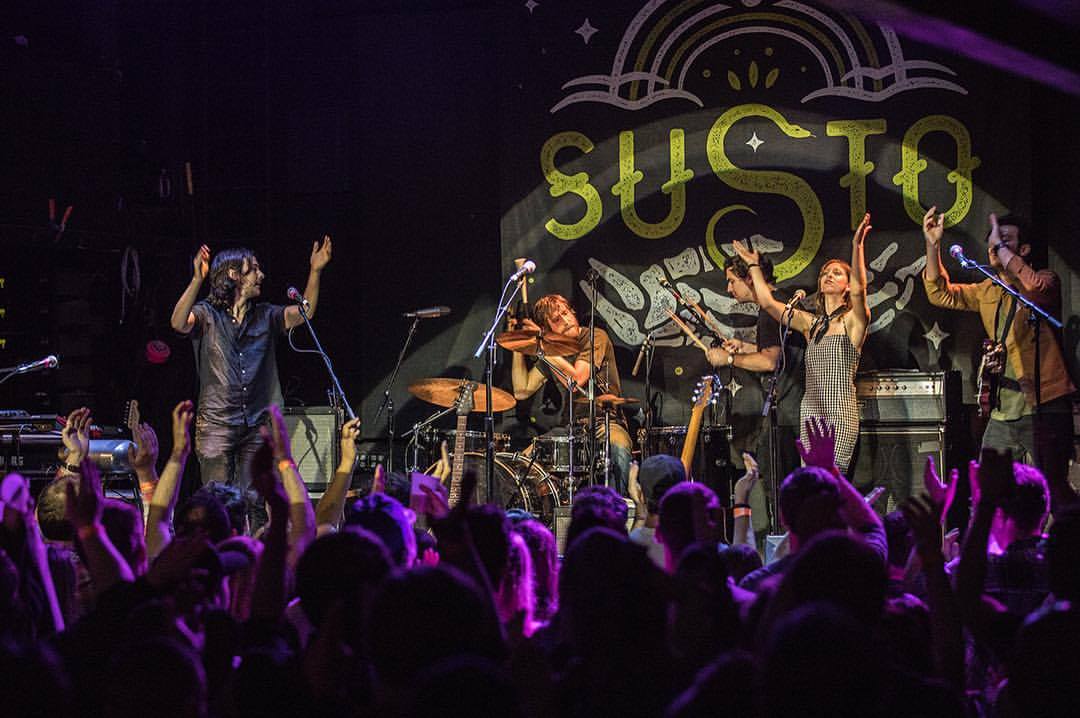 303: How has it been touring with Denver’s own Esmé Patterson?

JO: It’s been awesome. We had never met Esmé before the tour, but it worked out great. And this is really the longest amount of touring we’ve done with one band, so it’s really cool that we clicked. We got to do our hometown shows, but it’s always fun to do the West Coast and the Rockies area because it just makes the drive so beautiful and as tourists, we always have a really good time. It’s also been nice to get to see the record grow and how more people heard it, and now people are showing up [to shows] singing all the lyrics and stuff.

303: Can you explain the meaning behind your newest album And I’m Fine Today?

JO: So the literal lyrics, they come from the song “Jah Werx,” which is the closer on the record. And it’s like this little reminder at the end of the album because the record takes you through all these highs and lows of, the news cycle, the ins and outs of friendships, relationships, just dealing with the world around you and this little monster at the end to just remind you that everything’s okay and you’re here in your life trying to get up and get through things. The record is just about trying to take care of each other and try to stay positive. It’s a crazy world out there. 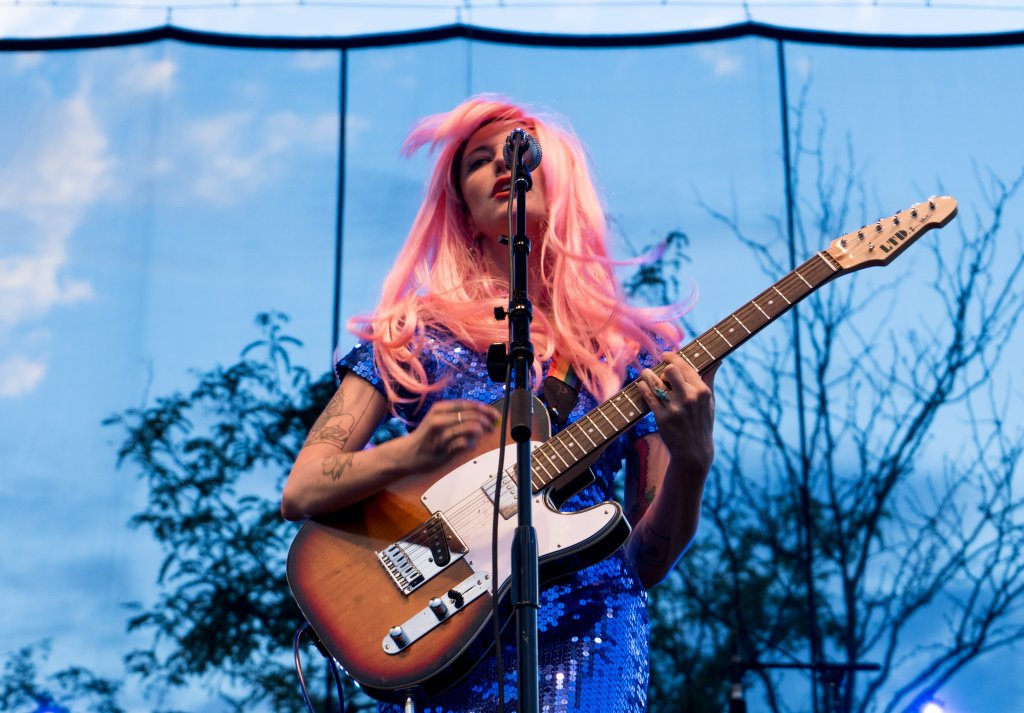 303: You’ve been touring for awhile now with a lot of different well-known bands. Compare your early tour experiences to now.

JO: I’ve been in bands for a long time, since I was like 13, and we always went on tour but it was always stuff we booked ourselves — and even in the beginning of Susto it was like that, but last year we started to get on a lot of tours, like really going out and opening for a band on their tours. This year has been fun because I’ve gotten to do a lot of our own headlining and take other people whose music we enjoy with us as an opener. We’re now going to get to do a co-headline bill with someone like Esmé who’s someone we really respect and is kicking ass in her own right, and to go and combine our powers, it’s awesome. But also, you know, this year we’ve gotten to tour with The Lumineers, which is really big for us to get to see that size tour and play in the arenas and play to that size crowd, and also get to watch these bands that have to perform on a high level every night. It was a learning experience for us to get to watch them and learn from them and also try things out ourselves because I think when we came out of the big room back into the smaller [venues] we came back as better performers.

303: What do you like about performing in Denver and the Denver Music scene?

JO: There are a lot of things I love about Denver. It’s one of our favorite places and I’m really glad that we caught on there because it makes it even more fun every time we come through. But I feel like there’s just like a lot of people who really appreciate the music and the indie music scene in Denver, and there’s a great local scene, too, and I think those two things go hand in hand. There’s a ton of bands that come out of Denver — The Lumineers, Esmé, Nathaniel Rateliff. And also, you guys have legal weed and you know we like that. Everyone’s always really friendly. I think Denver has got a really great vibe to it, so I’m glad that we’ve been received so well there.

303: We love your willingness to do things differently — like your track “Chillin’ on the Beach with My Best Friend Jesus Christ.” What inspires you to make these unpredictable and rare tracks?

JO: I’m glad that you appreciate it because it’s really fun. I think one of the main functions for these little vignettes in between records is just to kind of keep things lighthearted because our record kind of goes deeper into like these really underlying questions about life and existence. And they can get a little serious, although we always try to keep the records lighthearted, too. It’s really fun to take these moments to relax and breathe and have a bit of fun.

JO: We have a little holiday record, [a] 7-inch vinyl coming out in a few weeks. It has the Feliz Navidad song — an acoustic version, too — but then it’s also got these two original songs, one of them is another Christmas song that I wrote. We pitched that to Amazon and they wanted to record it and put it out, so now this nice little four-song Christmas EP will be coming out in a couple of weeks.

We’re still going to stay on the vein of And I’m Fine Today just because we probably won’t put another record out until the very end of next year, but it will probably be sometime in 2019. And then we’ve talked about another live album. These are all tentative plans but we’re going to keep releasing some of the material we have and at the same time be focusing on recording. We’ve been touring in North America so much this year that next year we’re going to be focusing on going to Europe a couple times and touring over there and getting the word out there, and then home playing festivals but mostly getting ready to go to work on the next record.

Tickets for Susto and Esmé Patterson at Globe Hall start at $20 and can be found here.