It’s been a fairly snowless season for us Coloradans. However, the forecast is finally picking up and it looks like Denver will have to wait another year for a shot at celebrating New Year’s Eve on the Rocks. Though tickets say “rain or shine,” the holiday show at Red Rocks has been moved to Magness Arena on Denver University’s campus. The cold was a major concern for ticket-buyers for the show featuring Migos, Post Malone, Lil Yachty, Young Thug and more and it seems that concern has been addressed. With that being said, the show’s time has been extended to 1:30 a.m. now that they don’t have to abide by the Red Rocks curfew. Read the full statement posted on Facebook below. 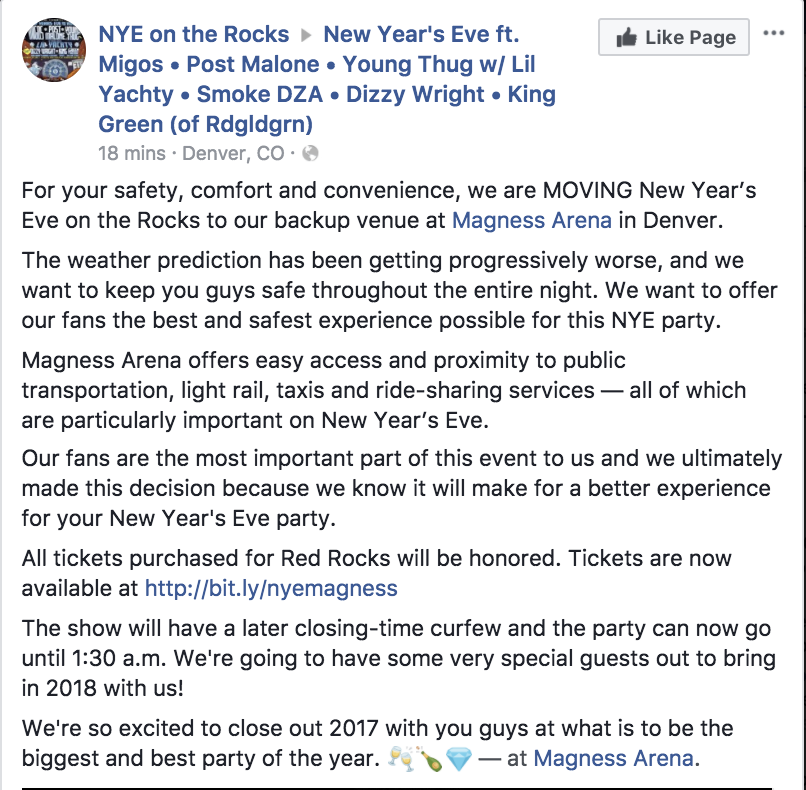 Though some fans were concerned about the cold, others are already beginning to express frustration on the event’s Facebook page and asking for refunds. This isn’t the first time a Red Rocks show has changed venues this season, with The xx getting snowed out and moved to 1st Bank Arena. The current forecast for Morrison on New Year’s Eve is a low of 20 degrees with a 20 percent chance of precipitation. However, the chance of snow already covering the stairs before is very likely.

Tickets start at $175 and are available here. 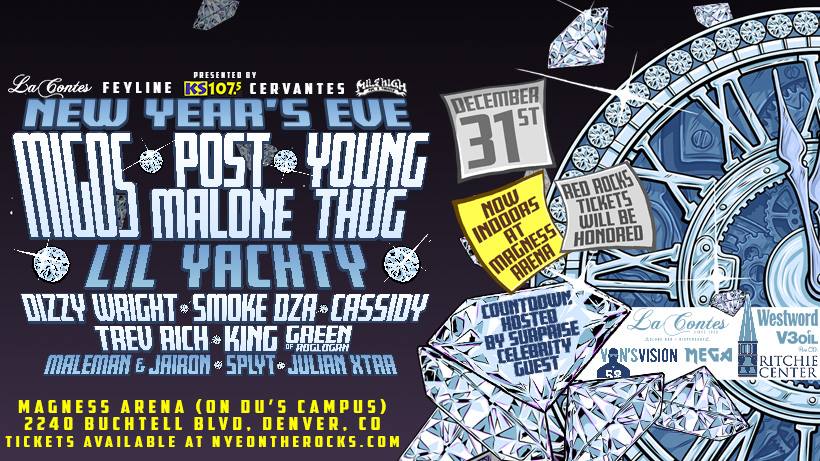