Christmas is here and New Years is on its way. Start your week off by experiencing a magical display of lights at Blossoms of Light on Christmas day and end it by running in a Resolution 5k to bring in the new year. Whatever you end up doing this week, make sure to take a look at this roundup of events in Denver. 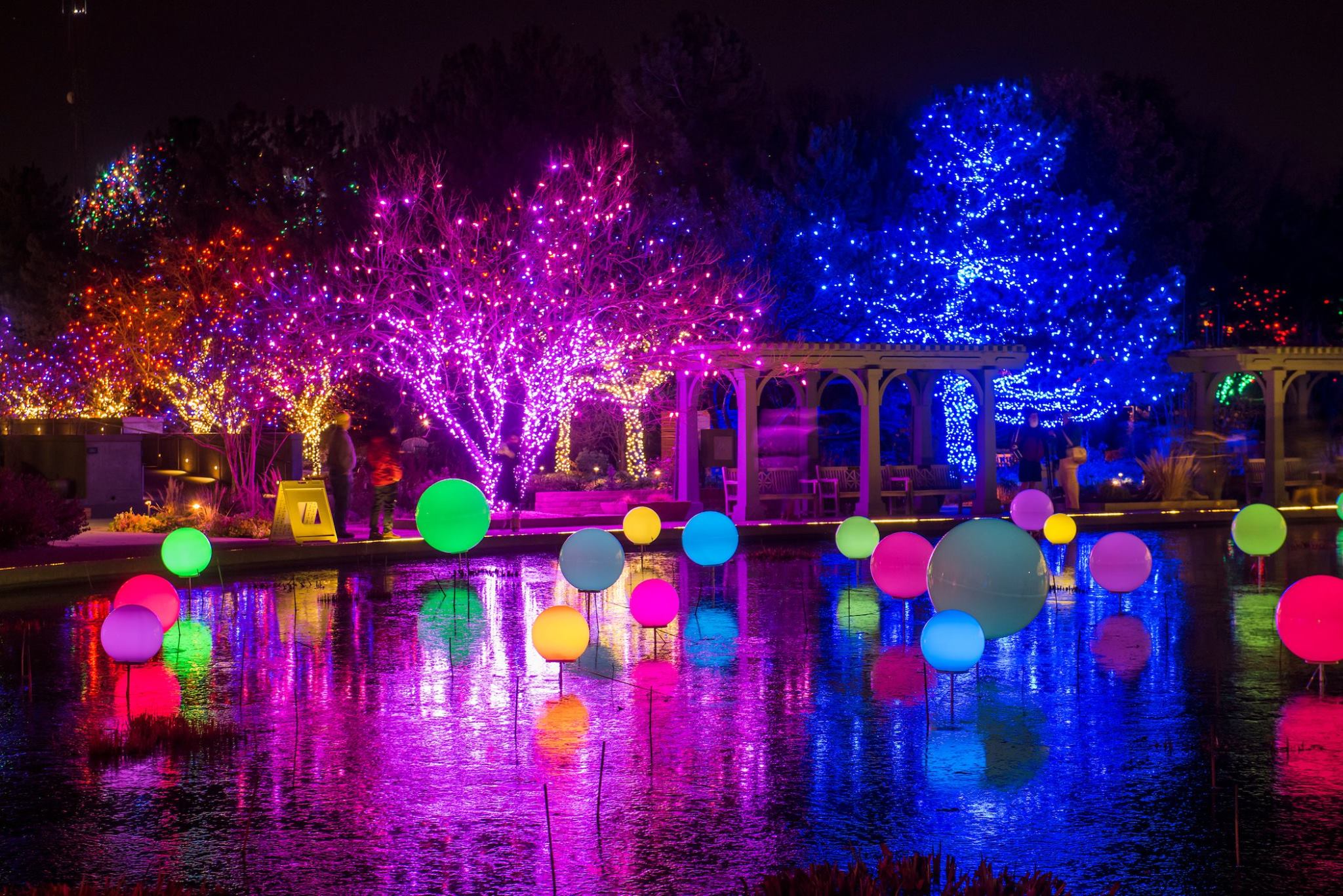 The Lowdown:  Spend your holiday taking in beautiful and festive lights at Denver Botanic Gardens Blossoms of Light. The interactive light display features animated LED lights that are sound reactive. Special holiday treats, warm drinks and a souvenir mug can be purchased to enjoy while you walk the gardens. 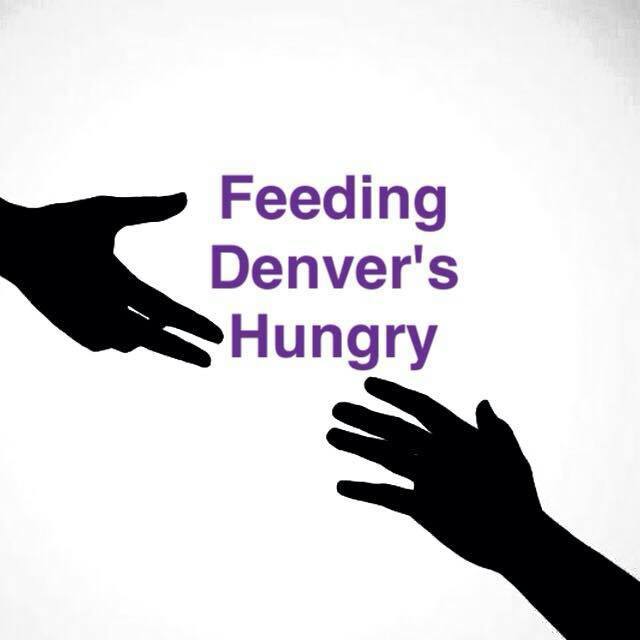 The Lowdown: Help feed the hungry in Denver at Sandwich Making. You can join others the day after Christmas to spread some holiday cheer and help locals in need. Feeding Denver’s Hungry suggests a $5+ donation if you are able, however, everyone is welcome to make the sandwiches. To get into the building dial #100 for entry. 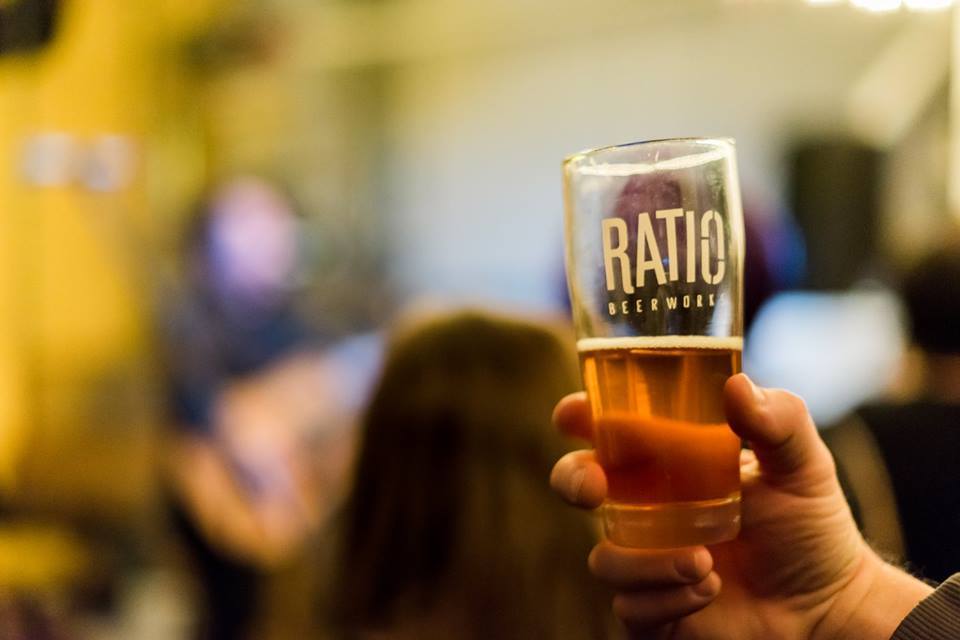 The Lowdown: Head over to Ratio Beerworks for a monthly Vinyl Records Night. You get to bring you vinyl records to play in Ratio’s taproom. You can also swap or trade your records with others. Don’t miss a chance to be your own DJ and give a taste of your records to others. 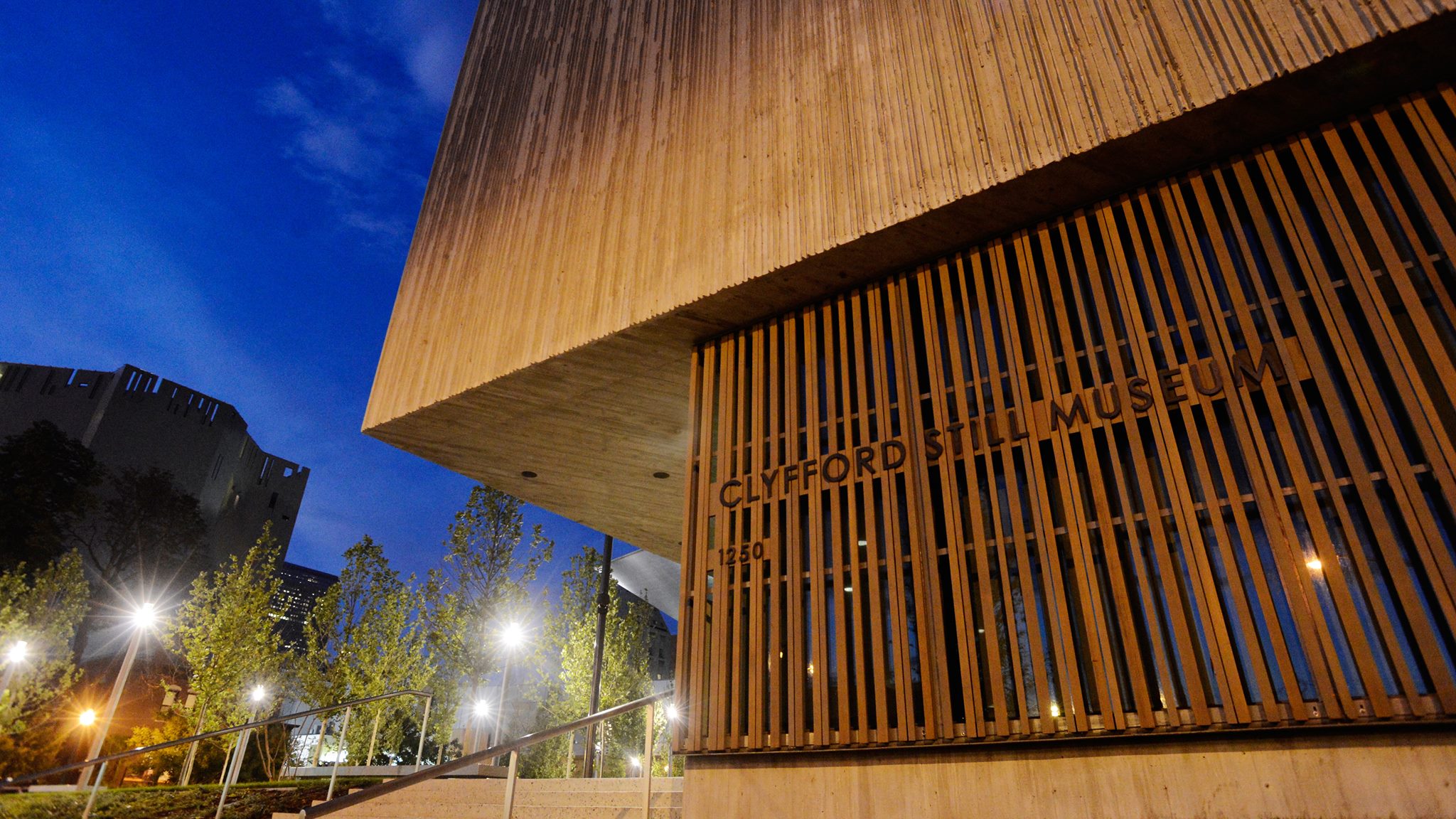 The Lowdown: Get out of the house to relieve some stress and explore some art at Holidays at Clyfford Still Museum. The museum is offering extended hours, special activities and more this week. You can get a chance to see all of the art that museum holds for a cheaper price. 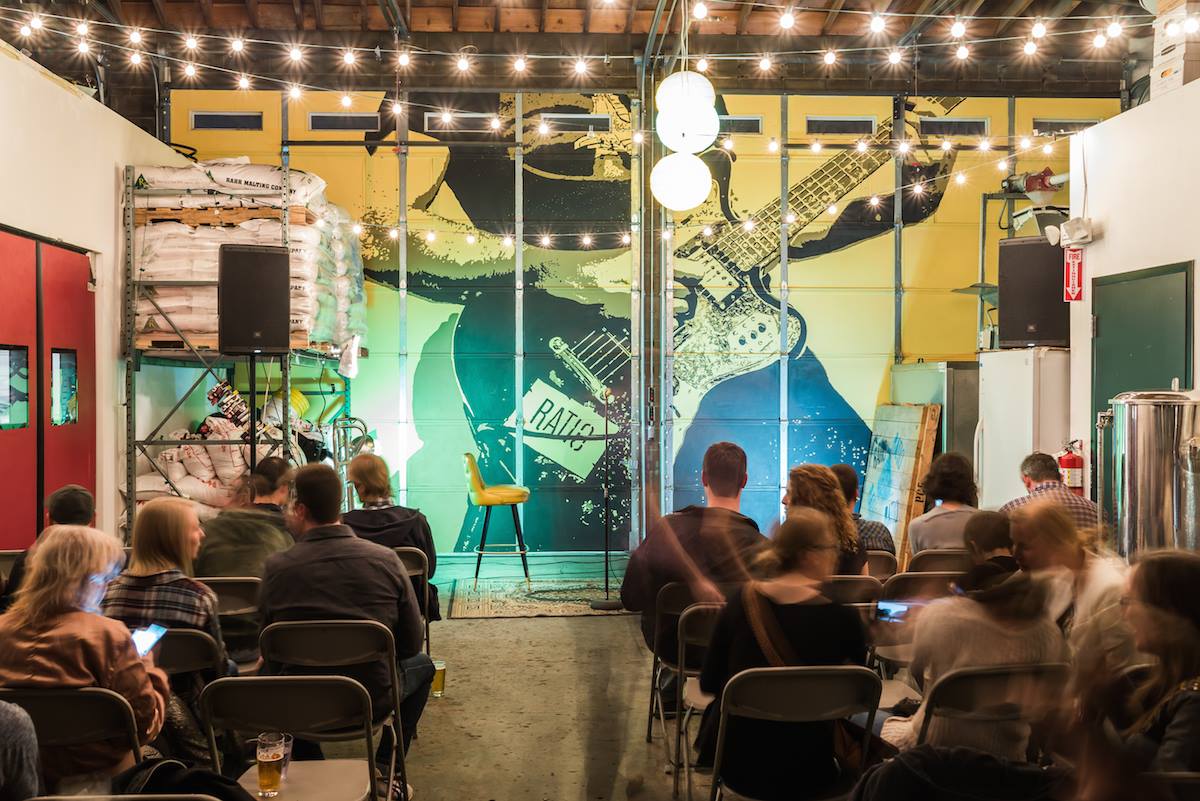 The Lowdown: Ratio Beerworks is hosting a Ratio Comedy Night. Five different stand-up comedians, including Kevin O’Brian and Dick Black will perform during the night and keep you laughing. You can grab a brew and sit back to watch some of the best comedians Denver has to offer. 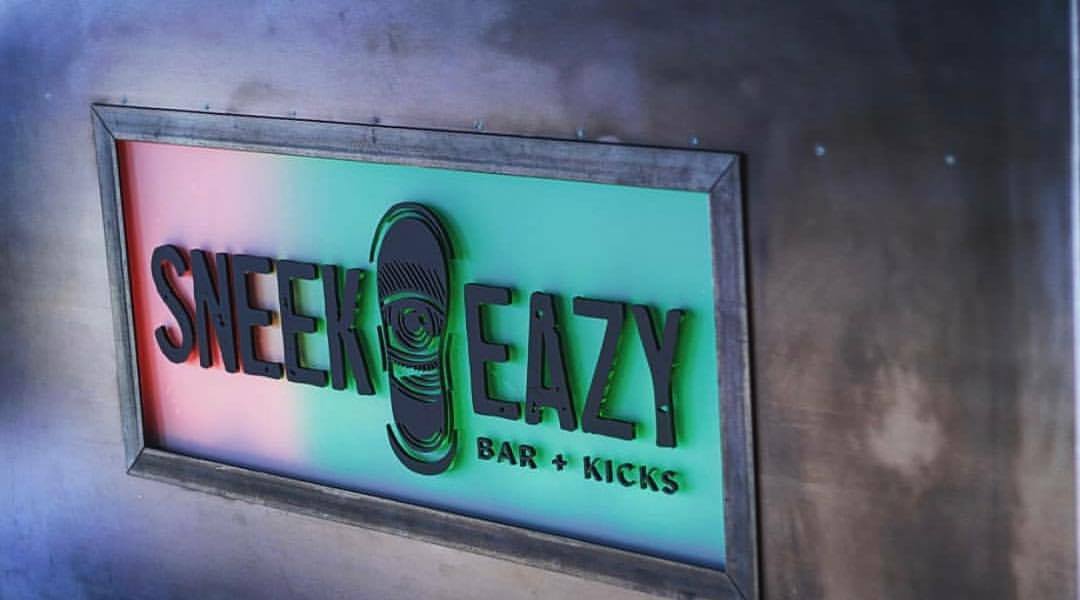 The Lowdown: SneekEazy continues its series Rise of the VLLN. Music will be spun by DJ SIXXXD and vocal performances by rotating artists will be featured. You can also get a tarot card reading and step outside of your comfort zone. Experience new and up-and-coming artists’ work. RSVP here.

Best of GPC in Colorado 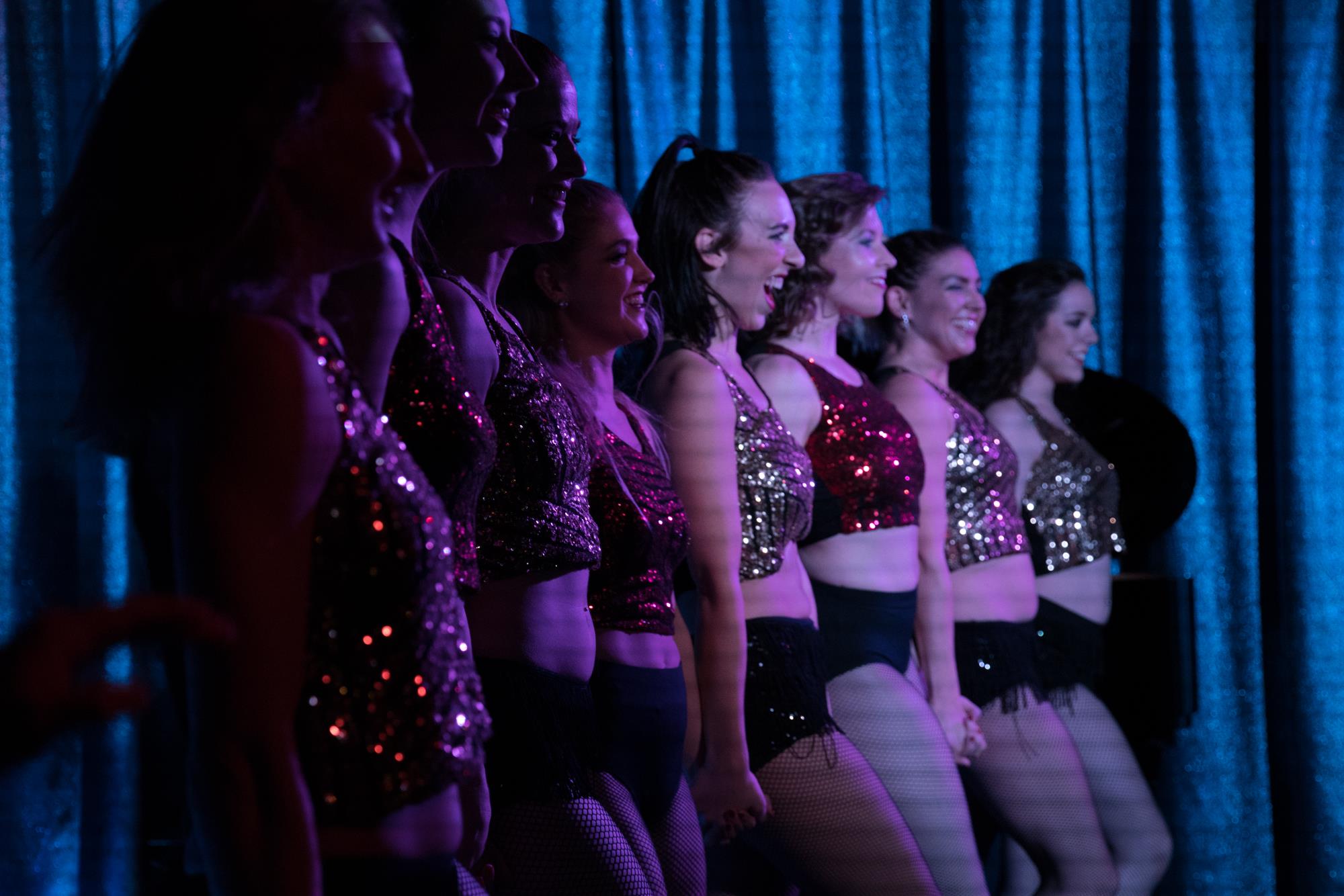 The Lowdown: The Clocktower Cabaret presents the Best of GPC Colorado. The best NYC variety dance show will hit Denver. Guilt Pleasures Cabaret features sultry performances, that are the best of the best in Cabaret theater. So get ready to see some high kicks, lipstick and more.

The Lowdown: The Arts Caravan will feature a Final Thursday Variety Show. The show will feature circus performances such as fire eaters, acrobats and more. Witness incredible acts that have been popular throughout time. You can watch magicians or listen to singers serenade you for the night. 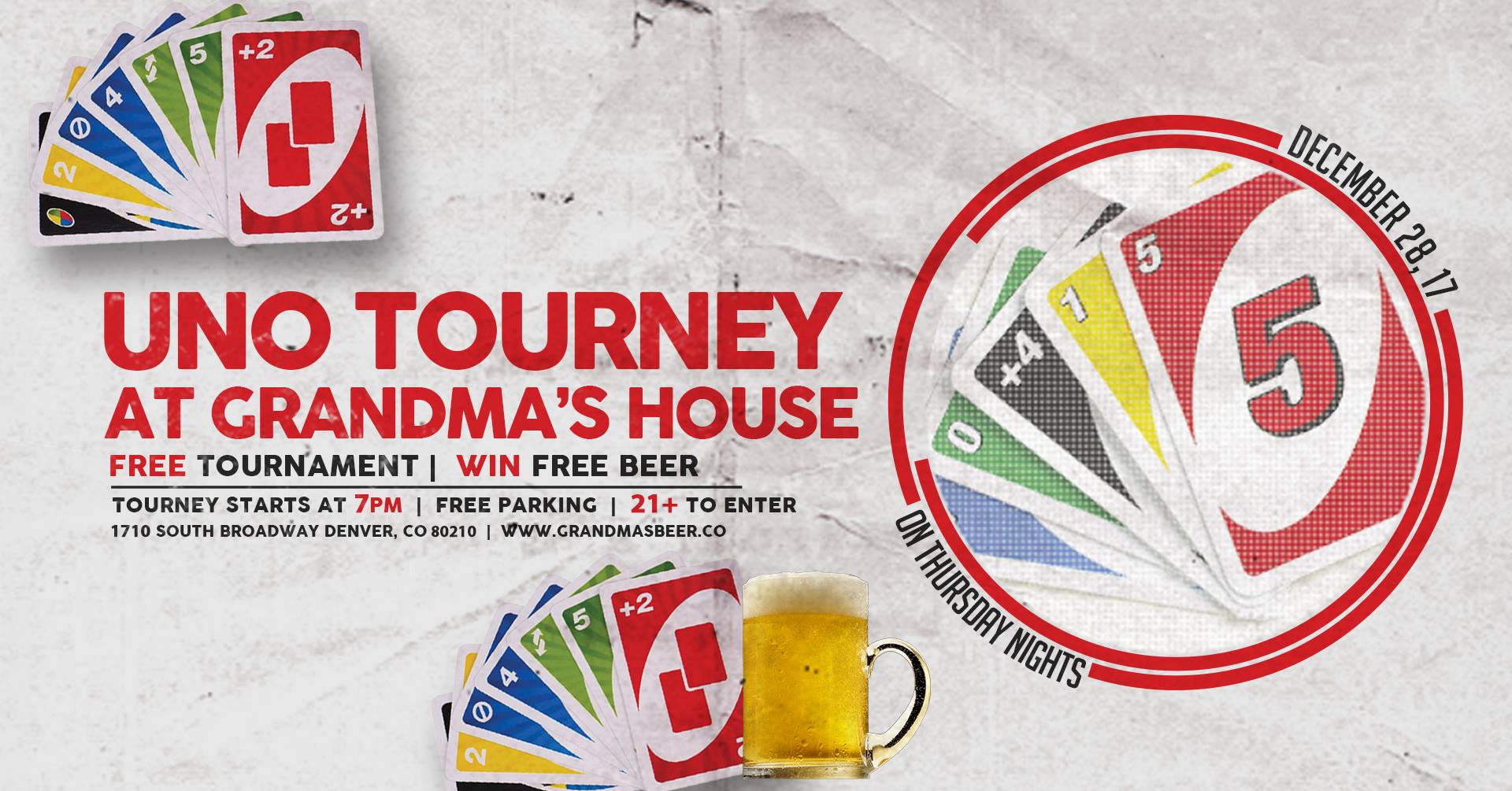 The Lowdown: Grandma’s House is hosting UNO Tournament Thursdays. When you purchase a beer, you can enter into the UNO tournament and compete to win a free crowler. Flex your UNO muscles and show off those wild cards. You might make some friends and will definitely make some enemies. 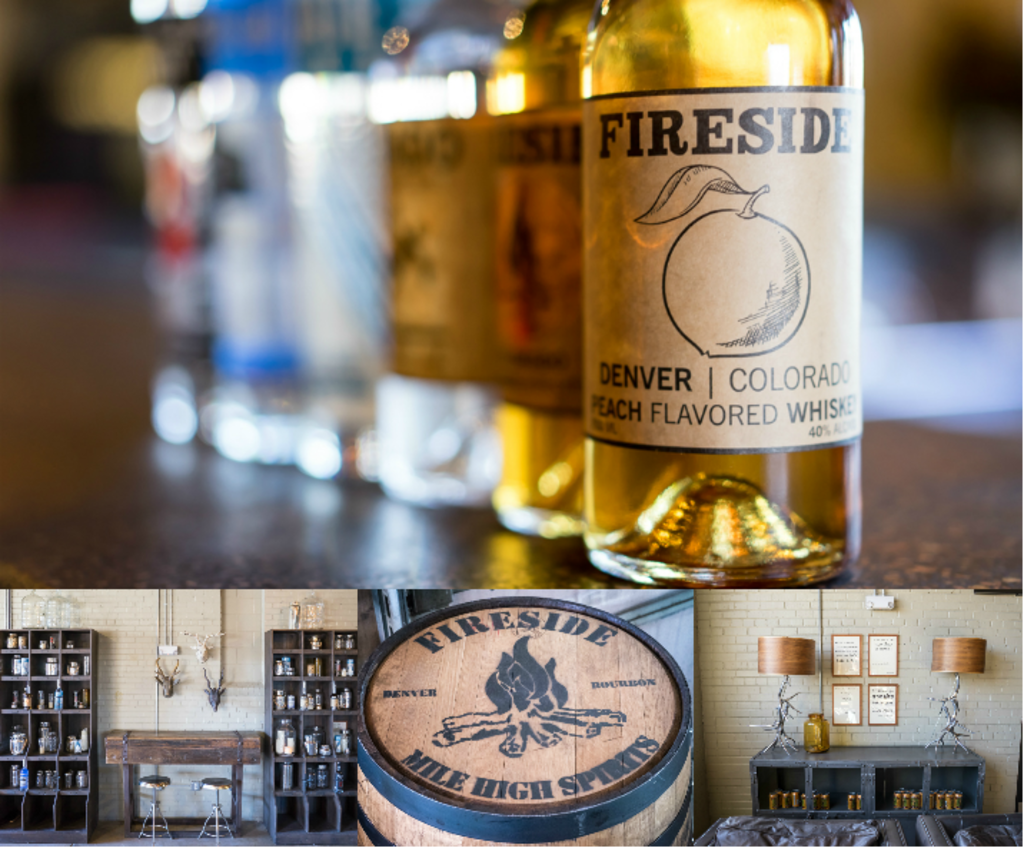 The Lowdown: You can celebrate the coming of NYE at a Phish Stream and Sleazy Grease performance. Phish will perform at Madison Square Gardens and Mile High Spirits is streaming it. Later that night, Sleazy Grease will perform live music. You can sip Phish-themed cocktails and listen to some sweet beats. 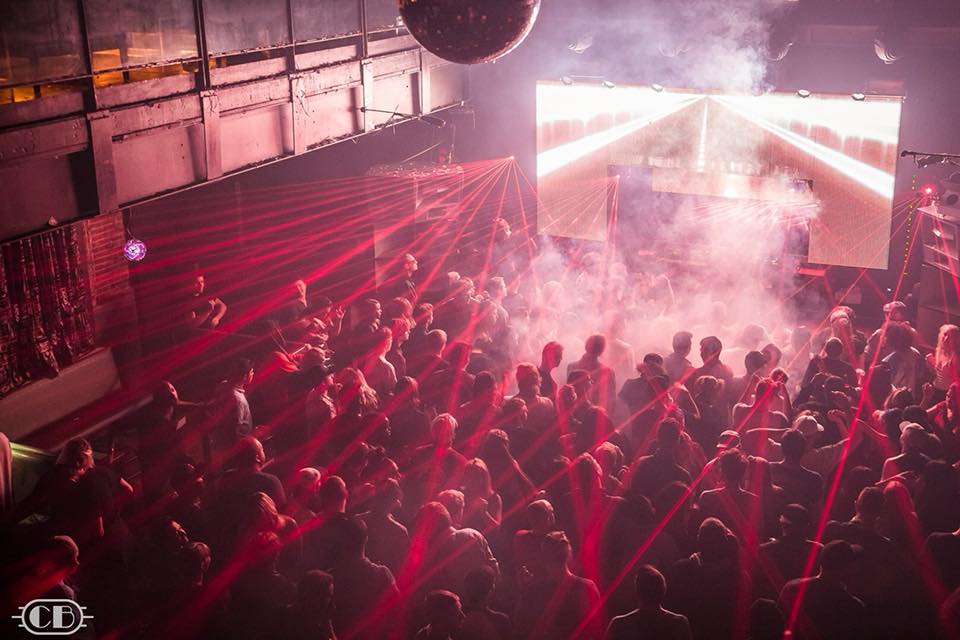 The Lowdown: Beta Nightclubs is hosting a Decadence Pre-party to get you prepared for the NYE Decadence Party. The pre-party will feature NGHTMARE as a special guest and will pump you up for what is to come. Local DJs will also be spinning sick beats and keep the energy up.

The Lowdown: Ratio Beerworks continues its Ratio quiz show series with a Netflix Quiz Show. Make a team of five to compete to win prizes, all while answering trivia about Netflix original shows. Questions about shows such as Stranger Things, Orange Is the New Black and more will be featured during the night. 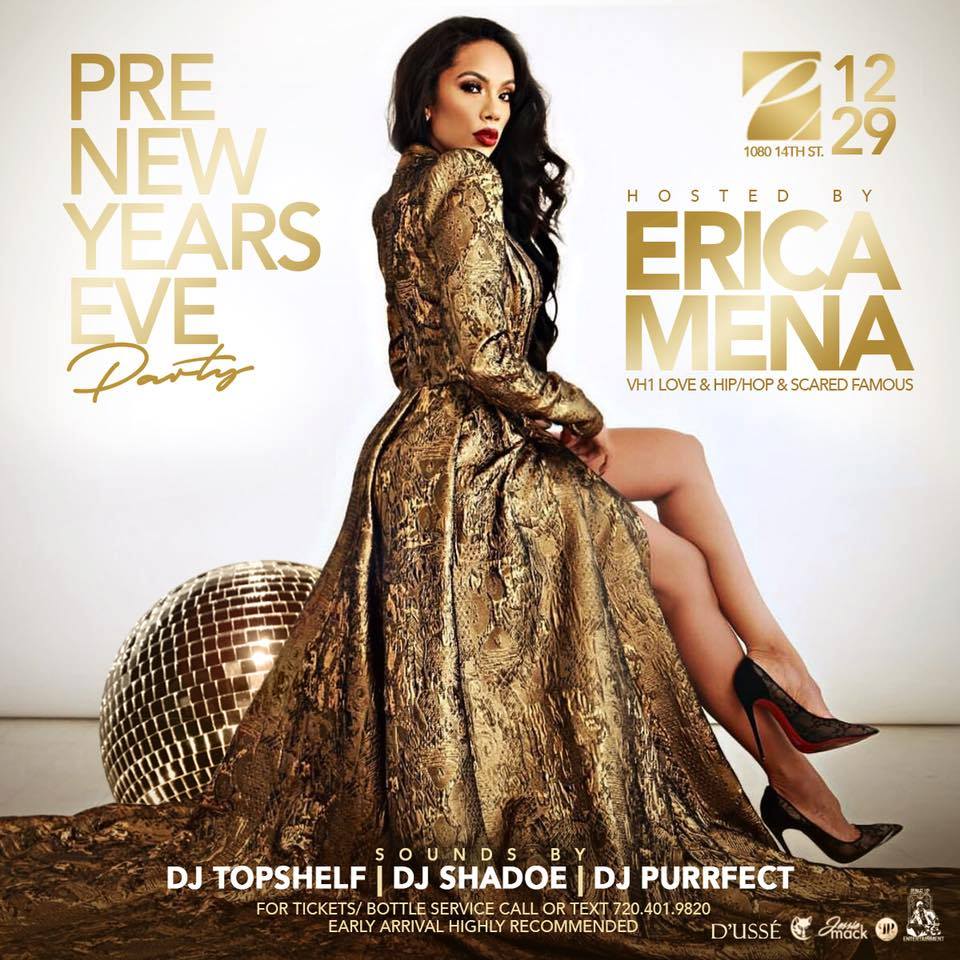 The Lowdown: Start you NYE early at a Pre-New Years Eve Party. The party will be hosted by Erica Mena. Music from DJ TopShelf, DJ Purrfect and DJ Shadoe will keep you dancing all night long. Don’t miss a chance to meet Mena and get you ready for the end of the year.

The Lowdown: Tracks Denver presents Snow Queens, a night of Drag Nation. Trixie Mattel and Morgan McMichaels will perform and get you saying YASSS all night long. Dress up in winter wonderland wear and dance your pants off. You will not regret seeing these frozen queens live. 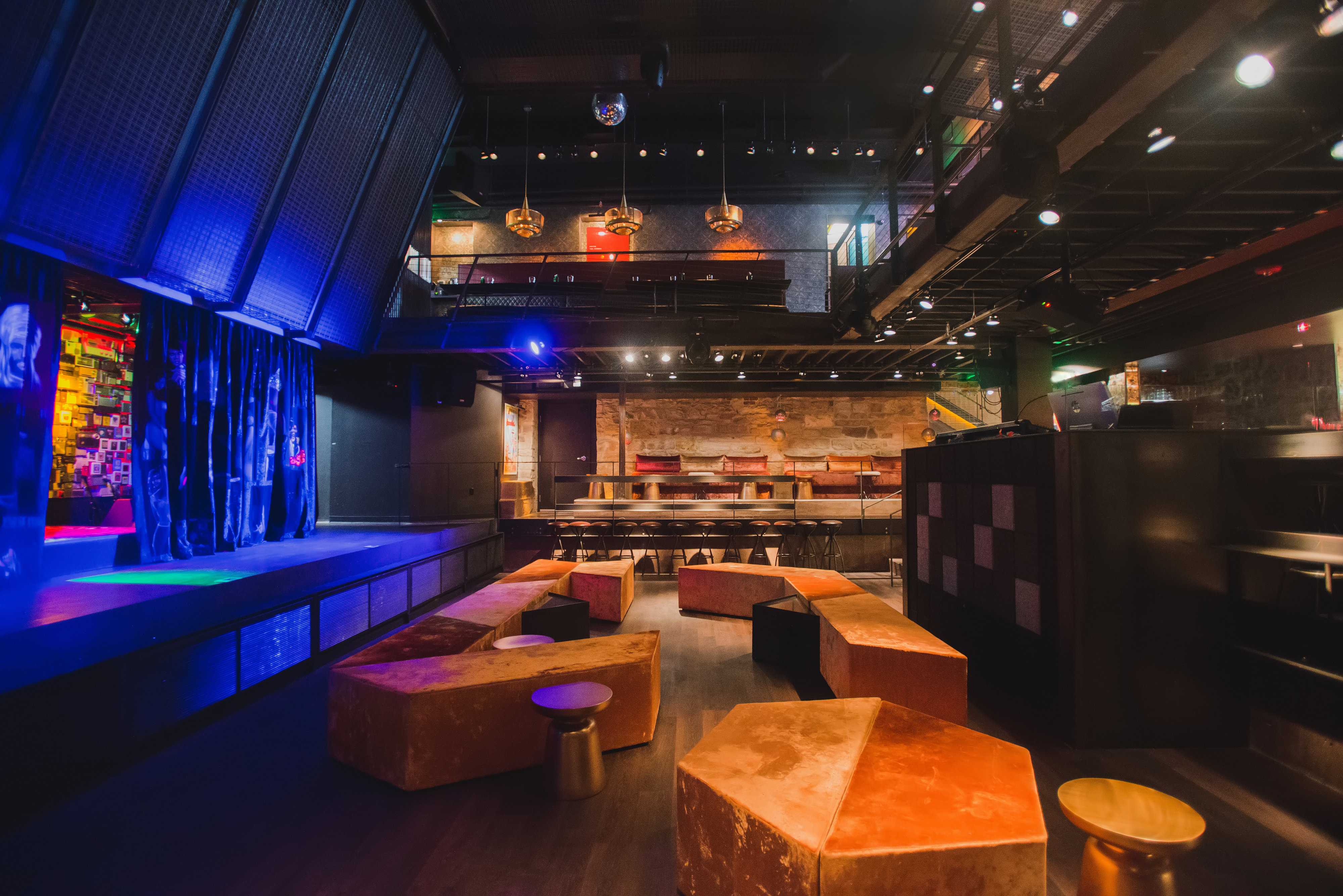 The Lowdown: If you haven’t been to Ophelia’s ’90’s themed parties, SNAP! is your last chance to get in on the action. DJ A-L will be spinning nostalgic beats to get you into the ’90s’ mood and bring you back to when you were young. So slap on some jelly shoes and put on a bucket hat to throw it back. 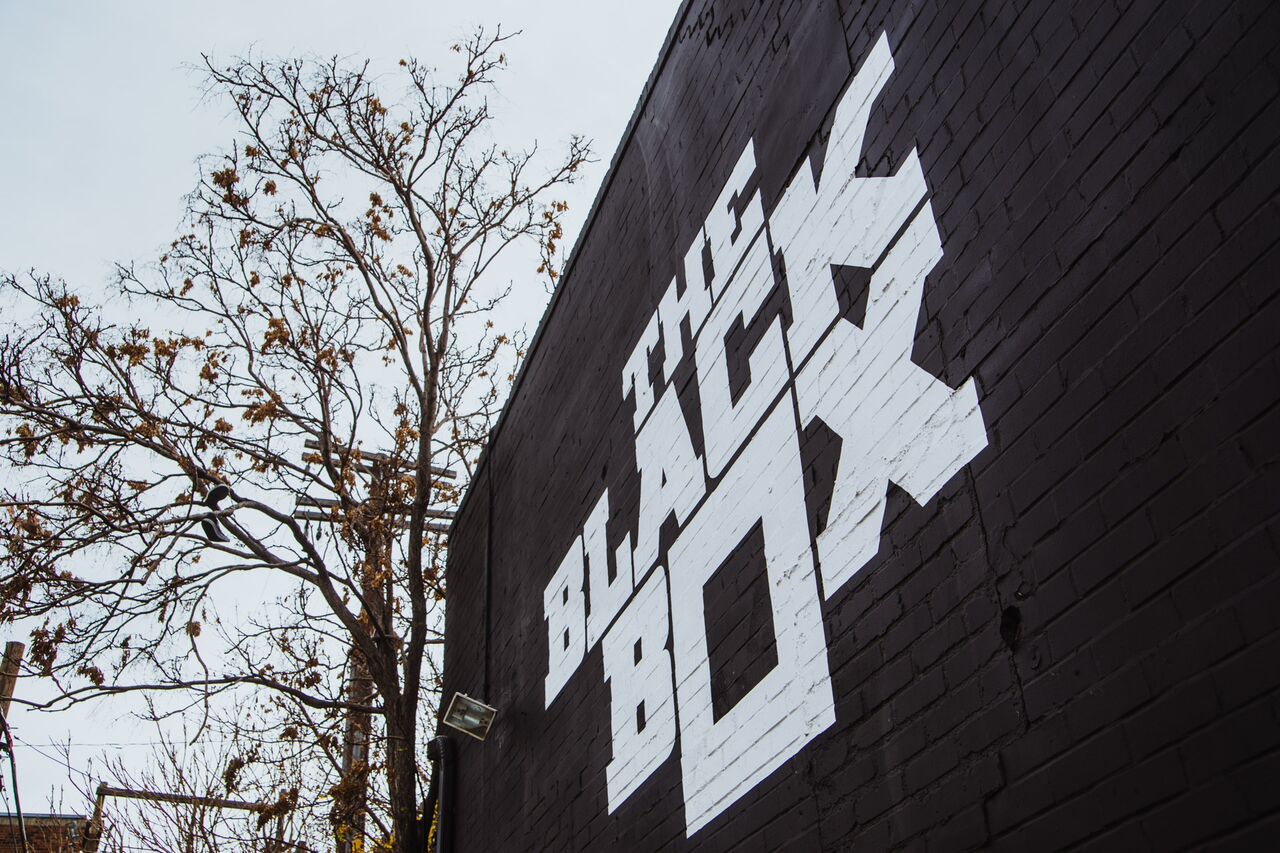 Photo Courtesy of The Black Box

The Lowdown: The Black Box pulls in the new year with FinalFridays. An LED wall and lighting set up from Vibe Tribe Entertainment will light up the night as sounds from Basscouch and more will keep you jamming. Visual effects, live performances and more will entertain you and get you prepared for NYE. 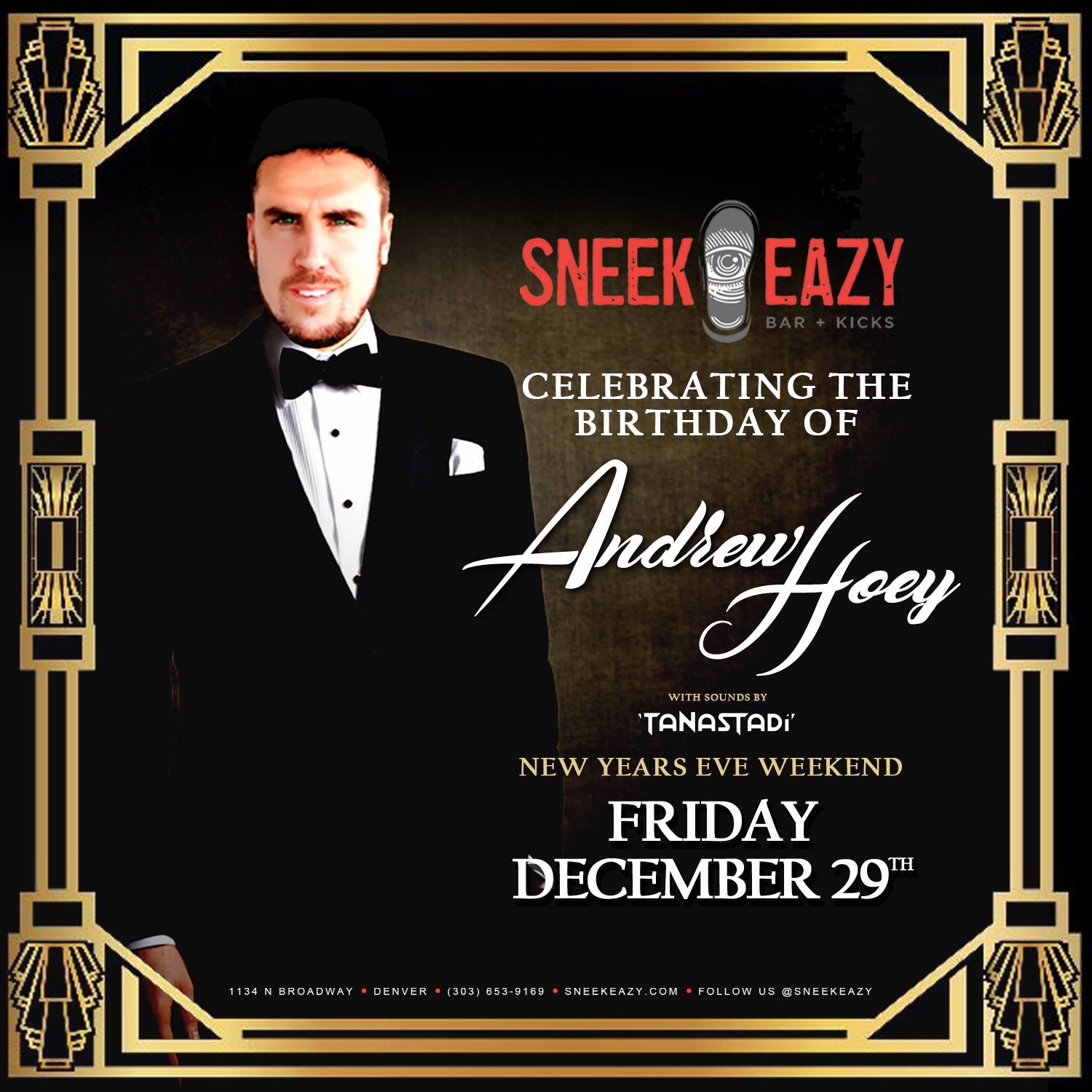 The Lowdown: SneekEazy brings it all weekend long with New Years Eve Weekend. You can nibble on small bites and sip on specialty cocktails while you play arcade games and more. As you kill it at pool tables or play shuffleboard you can listen to DeeJay Tanastadi spinning music. RSVP here. 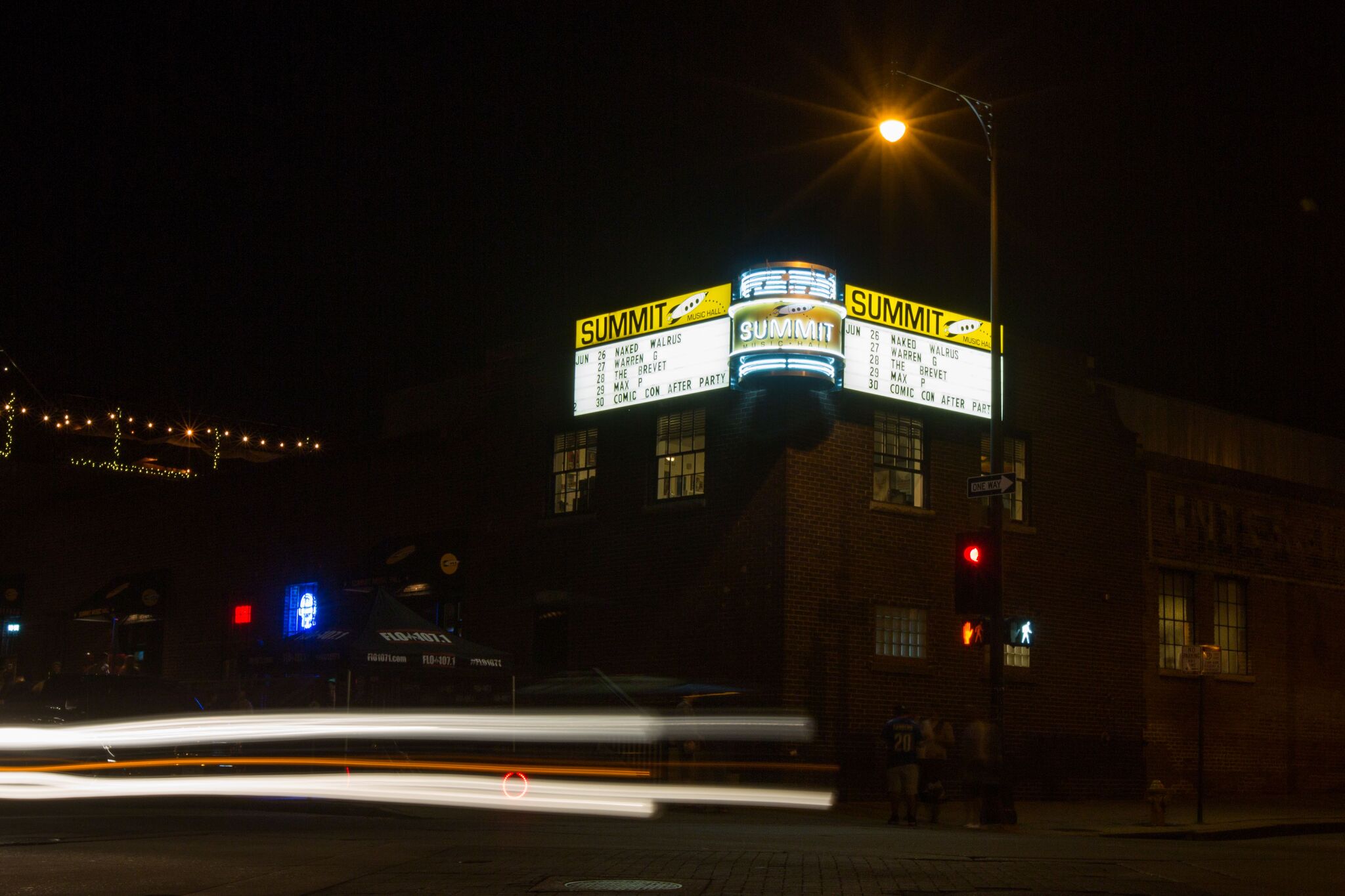 The Lowdown: Transfer yourself to the golden age at a Great Gatsby Gala. DJ Zenas and DJ Machadellic will provide roaring music to get you dancing like a flapper. The gala will also feature performances by Raymond and Kent Washington. Make sure you dress in proper ’20s wardrobe, because the dress code will be strictly enforced. 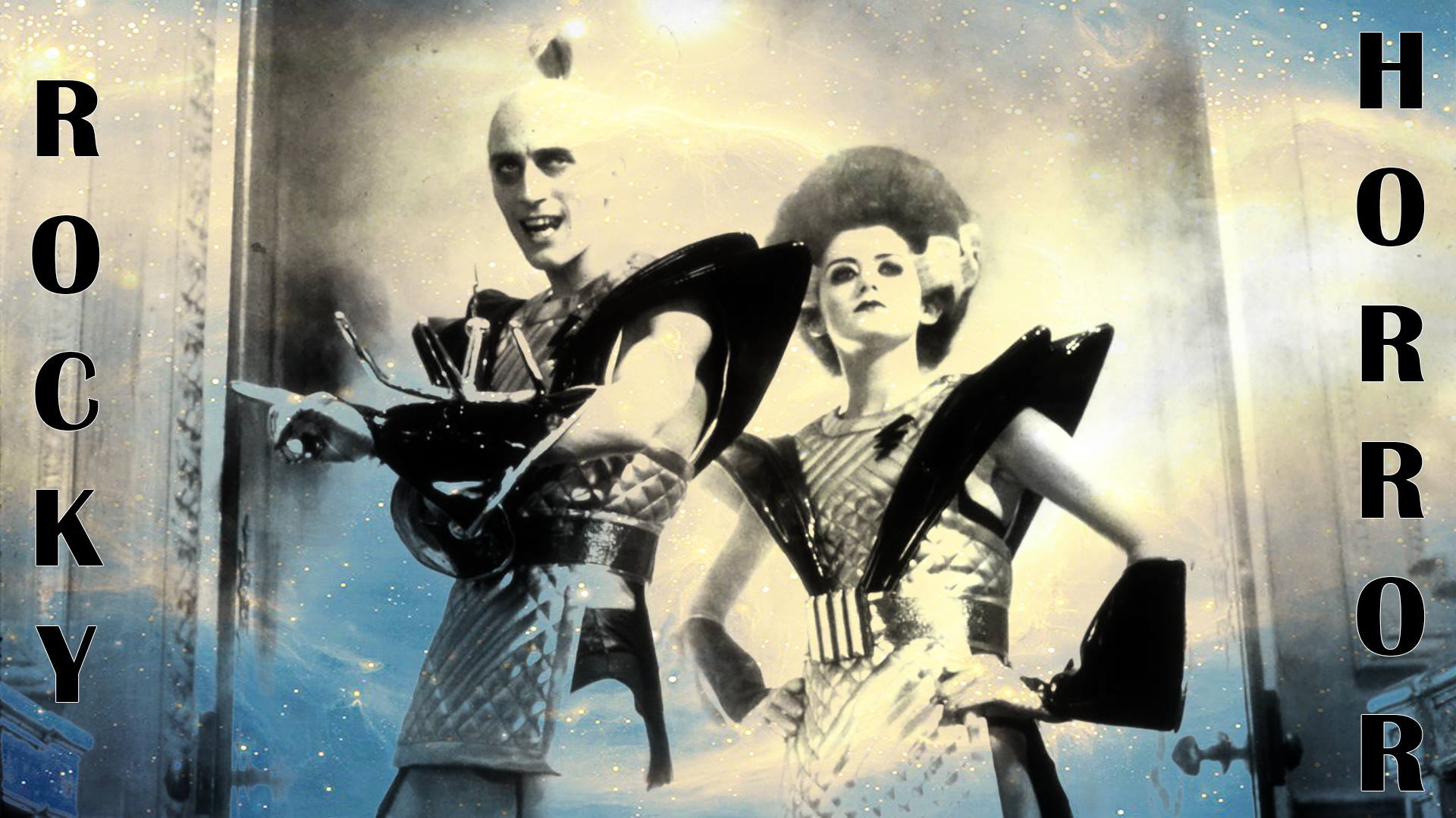 The Lowdown: The Landmark’s Esquire Theatre hosts a Rocky Horror Sci-Fi Night. You can dress up in an Sci-Fi character’s gear and interact with The Rocky Horror Picture Show performed by Colorado’s Elusive Ingredient. You can also get special items from a  $5 participation bag. 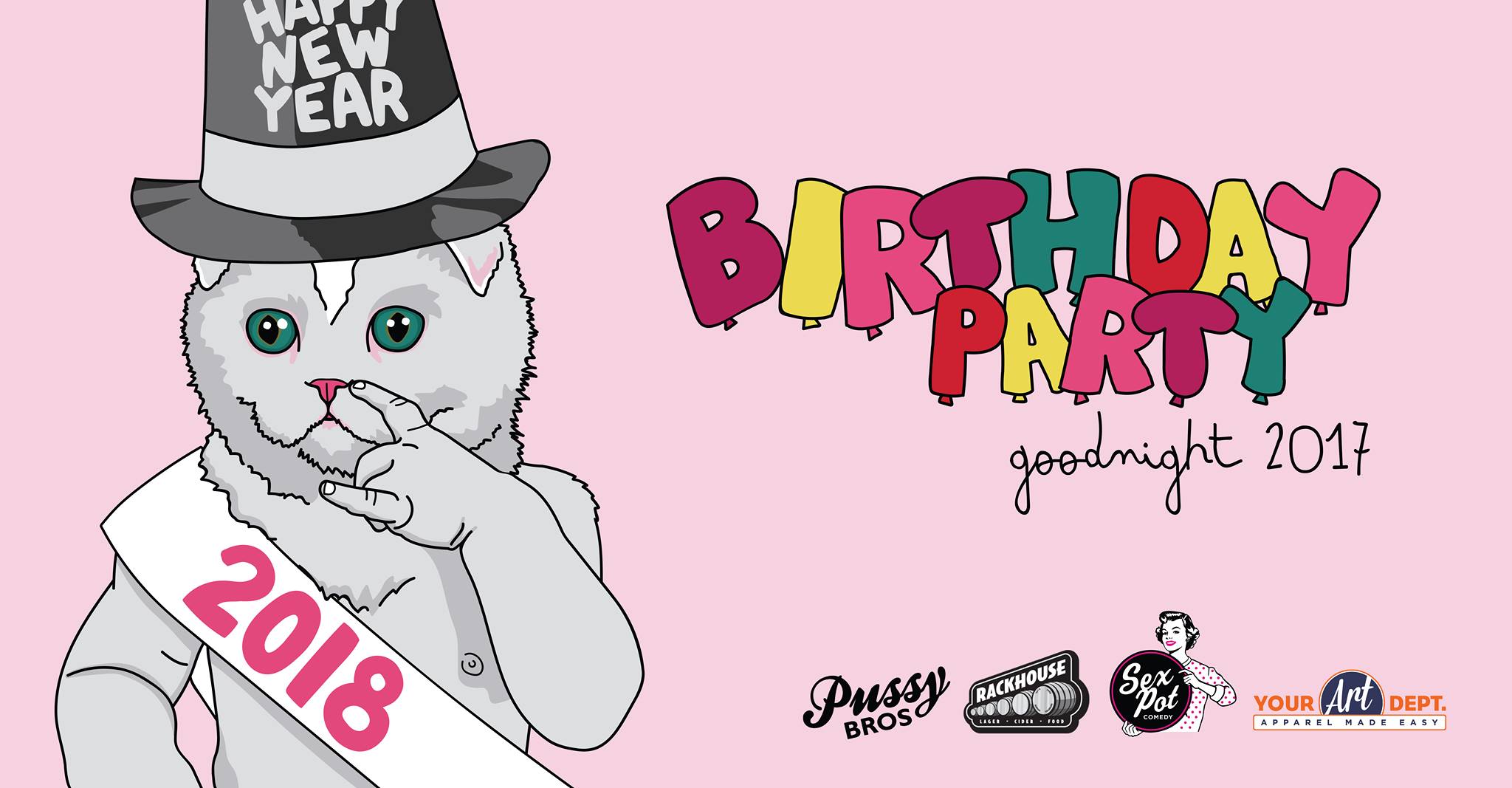 The Lowdown: Rackhouse Pub is putting on its final birthday party of the year at Rest in Power 2017. Celebrate the good, the bad, and the ugly that 2017 gave us. Comedians Chris Charpentier, Jordan Doll and Troy Walker will perform and close out the year. DJ Erin Stereo will be spinning hot beats to keep you up until 2017 is past. You can get one free beer or cider when you purchase  a show ticket.

Where: Denver Museum of Nature and Science, 2001 Colorado Blvd., Denver

The Lowdown: Even though Christmas has passed, you can still feel that spirit at The Polar Express film screening. The Denver Museum of Nature and Science presents The Polar Express, a classic Christmas film based on the book written by Christ Van Allsburg. The film is directed by Robert Zemeckis and features Tom Hanks as a character. Follow the journey of a young boy figuring out his beliefs of what Christmas really is. If you believe in the spirit of Christmas, then you need to see this film. 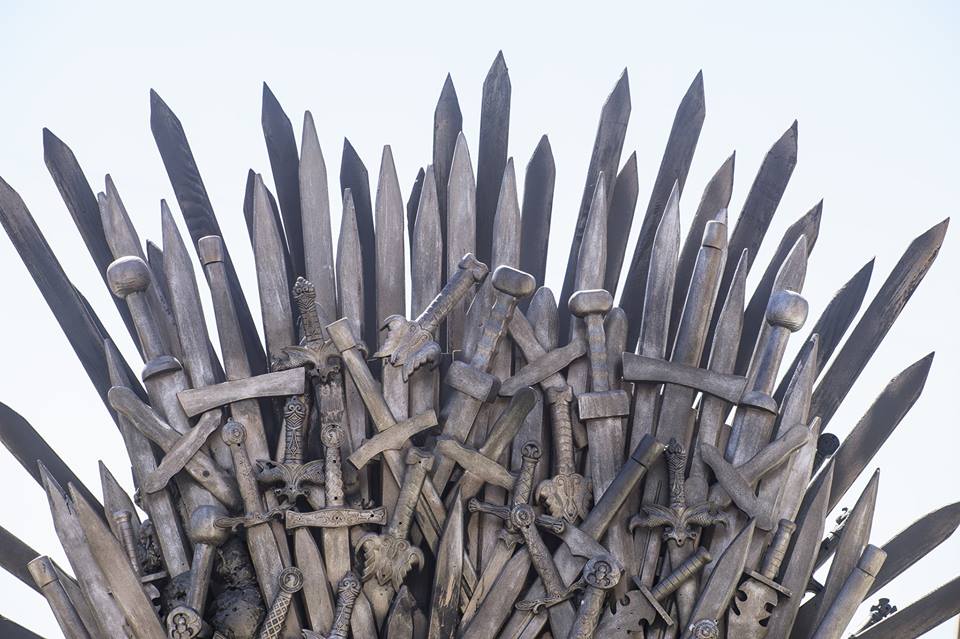 The Lowdown: The New Year is coming and you can prepare at New Year’s Eve: Game of Thrones. Rhein Haus Denver is throwing a Game of Thrones-themed party to kick off the new year. You can toast at midnight with GoT themed brews and snack on food while winning prizes and raffles. You can also compete in a costume contest and get the chance of winning a $100 gift card.

The Lowdown: Get in touch with your weird side at Weird Touch. The party will feature dark disco music from DJs Shannon von Kelly, Tyler Snow and Fancy Matthew. Don’t be afraid to let your freak flag fly and get crazy. It is after all, the end of a year, so why not let it all go. 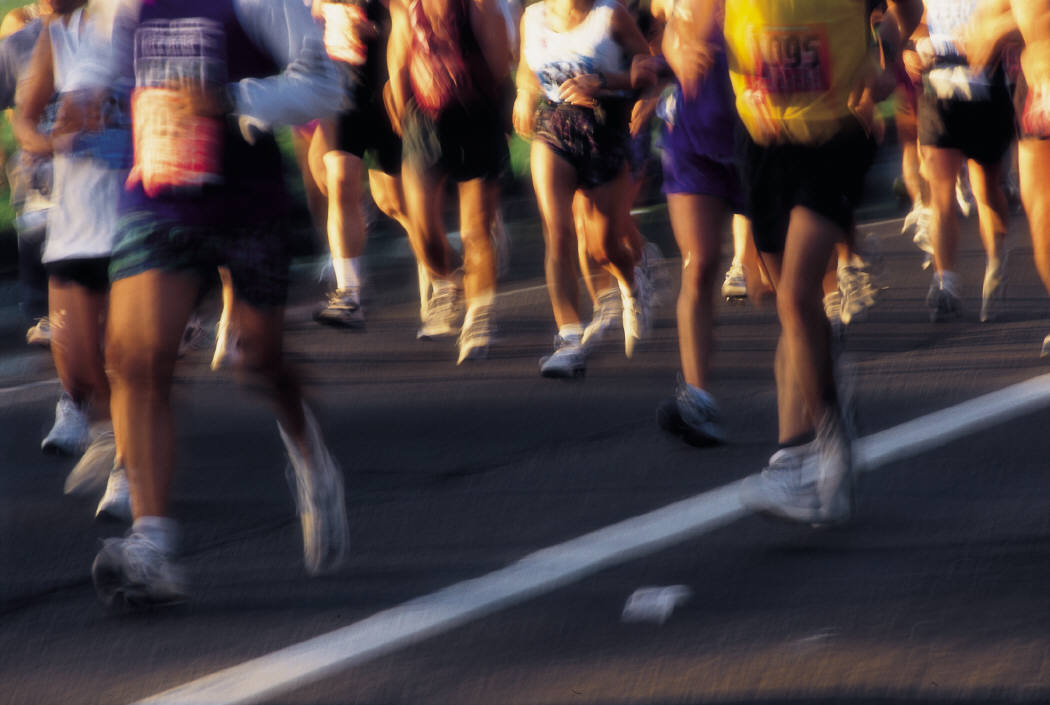 The Lowdown: Why not start your new year’s resolution early at a Resolution 5k. You can run the 5k and feel better about partying the night out. When you are done you can join a post-race party, eat and be a part of prize drawings. Start 2018 with the right foot forward and sweat it in.

Cost: Free and open to public