The Wood Brothers are on a roll. Touring in support of their latest album “Live At The Barn” (2016), which was recorded from a show performed at Levon Helm’s legendary Woodstock barn/venue in  New York, they’re already moving on to the next big thing. The Wood Brothers’ sixth studio album One Drop Of Truth is coming out on February 2, 2018. One Drop Of Truth is unique in the sense that The Wood Brothers now have their own record label and budget, allowing them to take their sweet time putting it together — and also granting them permission to be as experimental and creative as they please. No parameters, no restrictions — just pure, unadulterated Wood Brothers. Oliver Wood told us “it was the most fun they ever had recording an album.”

The trio will be in town this weekend, where they’re scheduled to play back-to-back sold out shows at the Ogden on Friday, December 1 and the Boulder Theater on Saturday, December 2.

Oliver Wood took the time to talk to 303 Magazine about the band’s liberating process of recording “One Drop Of Truth,” the subconscious themes that have emerged from the tracks and why The Wood Brothers love coming (home!) to Colorado so much.

303 Magazine: It sounds like “One Drop Of Truth” was a really organic album, in the sense that you guys weren’t on any strict deadlines, pressure or restrictions. Can you tell me a bit about how this played out and how this ultimately affected the outcome of the album?

Oliver Wood:  Yes, we had the beauty of being in a more independent situation than we used to be in. We have our own record label and funding now, so we can make it how we want it and produce it ourselves. We always wanted to break from tradition and, in the past, we’ve always gotten a group of songs together and only had a couple weeks to record them all and were dictated by record labels and budgets. To break out of that feels really good. We wanted to just record songs as they’re written, versus just compiling them. So we wrote some songs and casually recorded them without anyone looking over our shoulder. This allowed us to be much more experimental and take our time.

We recorded in Nashville, trying out a few different studios and engineers, which was fun. It gave us a variety of vibes and sounds and atmospheres and equipment. We had four different people mixing the album, which makes it seem less homogenous. Typically, one album in one studio with one mixer adds continuity — but on the other hand, that can get a little boring. Doing it this way gave each song its own treatment and attention. 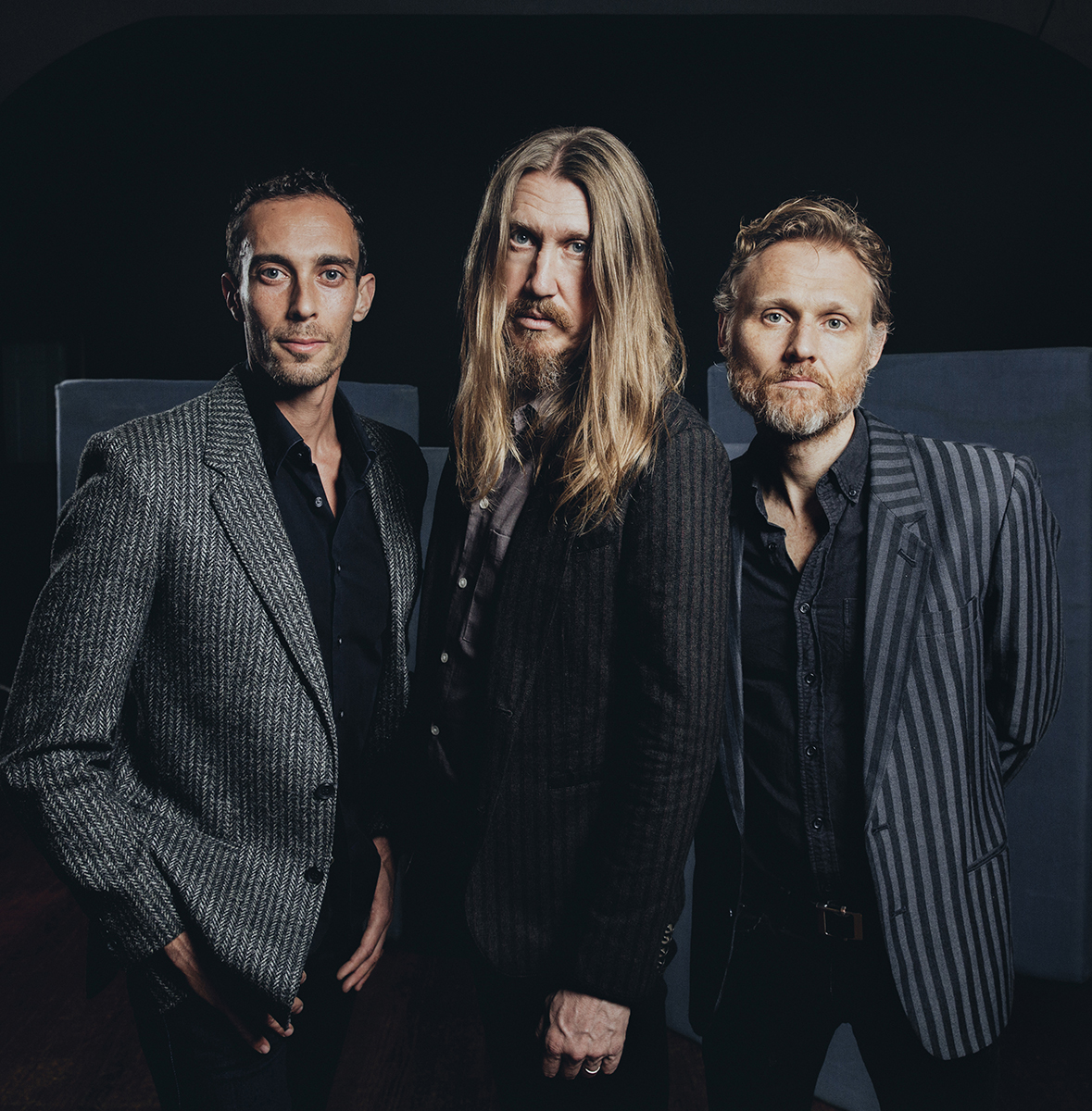 303: Despite “One Drop Of Truth” being sort of “all over the place” in terms of concept, the general theme of water seems to have unintentionally permeated the album. Describe what this means to you, and how you guys have ended up using water as a metaphor for other things throughout your new songs.

OW: Honestly, one of the things we’ve noticed over the years is that the themes the albums take on are achieved subconsciously. I think of the album(s) like astrology: you can always find a theme that applies to you. Not that astrology is bullshit, but what I like about it is that it’s ambiguous enough that different people can interpret it in different ways. To me, that’s the mark of a good song. It’s not so literal that everyone interprets it the same way. Having said that, there are these themes — not just water — but rivers and tears and rain… sparkling wine, laughing and crying, a river that takes the town out in a flood.

I don’t think those songs are meant to be about water, they just tie into the more emotional and psychological themes. If I had to pick some themes, a lot of those songs show you how you’re really not in control. A lack of control and the way you deal with it. Sometimes it’s a struggle, so you grasp for things and crave things and figure out how to be happy.

We’re always in this situation after we make an album where we have to talk to our publicist, and people want to know what the album is about. And we don’t care! The best art comes from not thinking. You’re just doing. That’s what we did here. It’s fun, in retrospect, to pull out the themes. They come naturally out of experience. Weather, political upheaval, violence and some pretty heavy stuff that everybody’s aware of. Plus, all the personal things we’re dealing with. All of these things go into the songs; it’s not necessarily a conscious effort.

But I really see this theme of being out of control. What we are in control of is being present, paying attention and showing up. Whether that means doing that in order to fix things that are wrong or being aware of things that make you happy — that’s how it feels to me.

303: Tell me about the song “Happiness Jones” and how it reflects how “our society is addicted to happiness, antidepressants and the distorted “happy” reality social media can depict.” I think that is a really interesting and relevant concept.

OW: It’s sort of a silly song and addresses just that. You know, the social media thing has become such a way of life. It’s got a weird way of boosting this “Happiness Jones” sort of thing: looking at and posting all these amazing things. If you’re not feeling that way and you’re actually hurting, it’ll make you feel worse and like you’re missing out. I don’t think people appreciate the darker side and the struggle. You should appreciate the tough times because it puts it all into perspective. 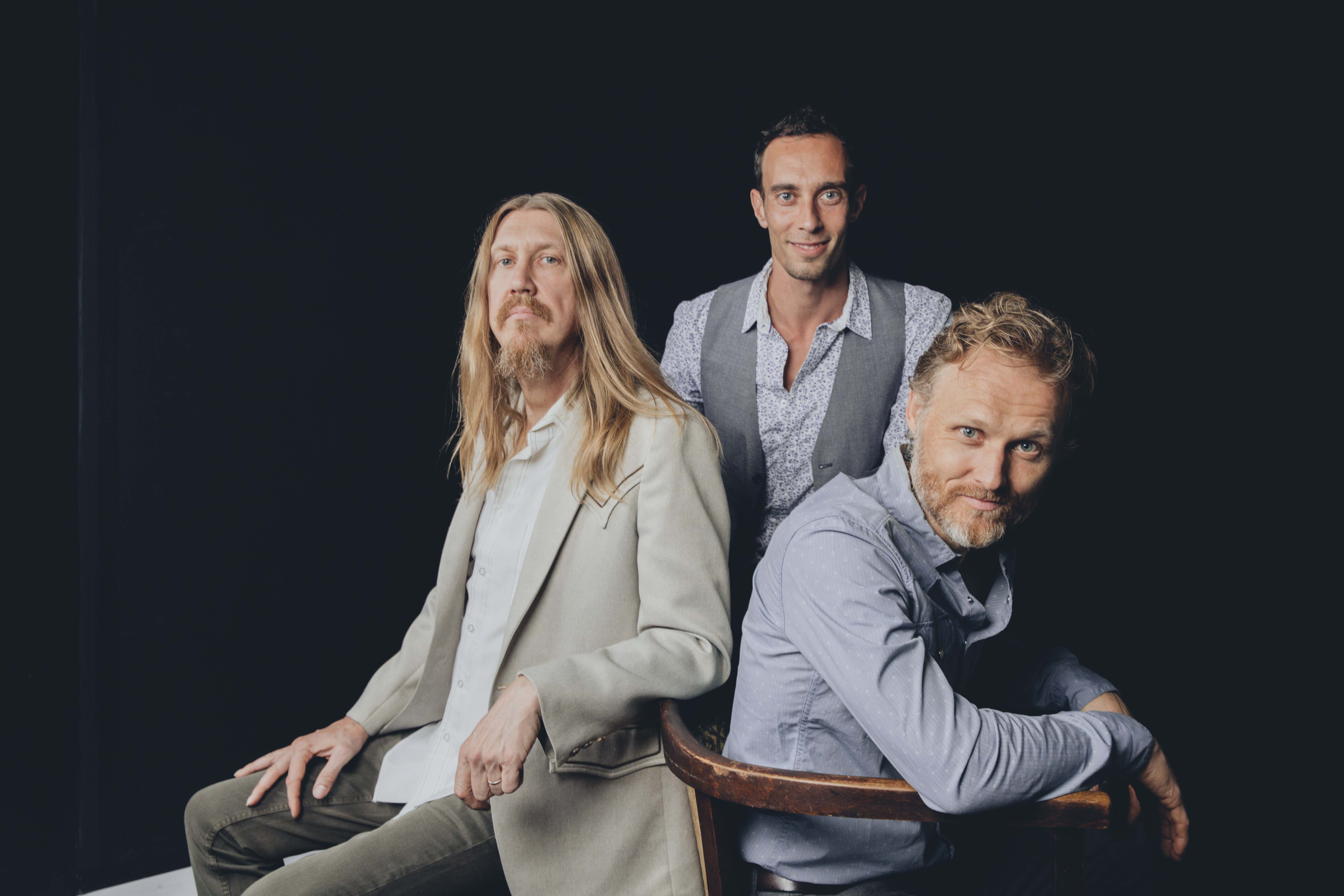 303: What is your favorite song on the album and why?

OW: The favorite songs, they change for us, as we get tired of some songs and into other ones. Right now, my favorite is “Can’t Look Away.” I really like the sounds and the spontaneity of it. We recorded that track very live, and there are lots of lyrics all smashed in there. It’s a little weird and abstract, almost spoken word.

303: You and your brother grew up in Boulder, Colorado. What is your favorite part of returning to your old stomping ground?

OW: We haven’t lived in Colorado since we were kids. But our dad lives in Boulder, so we get to see our dad and our uncle when we’re in town. We never have time to do much while we’re there, but always love coming back to Colorado. It’s easily our strongest market with the most devoted fans. Tom Petty and Stevie Ray Vaughan at Red Rocks were some of the first concerts I ever went to. So playing there is just amazing. It’s so nostalgic, being there.