Bill Pullman, the actor you may know from such films as Casper, Singles, Independence Day and Spaceballs, visited Denver yesterday before the two screenings of the new Western he stars in called The Ballad of Lefty Brown. Directed by Jared Moshé, this film follows the unlikely and slightly awkward sidekick, Lefty Brown (Pullman) rather than the good-looking, rugged main man, Eddie Johnson (Peter Fonda.) It’s a hero’s journey, but the hero is humble, uncertain, and at times very unprepared for the obstacles he faces. In fact, without divulging too much of the storyline, Johnson is killed almost immediately, leaving Lefty to his own devices and as the surprise leading character. Pullman’s performance as Lefty is at times frustrating, at times heartbreaking, subtly humorous and more relatable than any other Western’s leading character. It also adds an endearing depth to Pullman’s repertoire of comic relief type character acting without seeming too contrived.

Westerns may seem overdone, but The Ballad of Lefty Brown has a more authentic vibe. Filmed entirely in Montana, the cinematography captures a landscape that more people in the Rockies can relate to. It’s not so focused on major landmark shots, but rather with sparsely forested foothills, big sunsets and sunrises, meadows filled with tall grasses and thistle, and of course those snow covered mountains. Montana did not pay a film incentive to have The Ballad of Lefty Brown filmed there partly because Pullman owns a ranch in Montana. Also, Moshé was attracted to the power of filming a Western in a picturesque town that had never seen a film crew before.

And it’s unlike those old-school Westerns because of Pullman’s character as well— a hapless old man, searching for so much more than his best friend’s murderer, searching for his own place in the world. Lefty might very well have some kind of borderline personality disorder, and there will be moments when you want to shake him, in the end it would be nearly impossible to not be on his side.

The Ballad of Lefty Brown was originally only planned for one screening at the Denver Film Festival as a Red Carpet presentation at the Ellie Caulkins Opera House on November 8 but was sold out so quickly that film organizers squeezed in another matinee showing at Sie FilmCenter that same day. Pullman was already planning on attending the Red Carpet screening, and made an appearance at Sie for a question and answer session with festival director Britta Erickson and a few audience members.

Erickson introduced Pullman with a short description of him as a friend of DFF, having come to Denver previously for screenings of other films. Pullman responded, “Lefty Brown was a movie we shot in Montana right near [my] ranch, and I have been in Montana since the ’70s and Denver was always the flagship city of the Rockies. It’s important to come to ‘the mecca’ to show a film, and so here I am in the mecca showing a Western.” 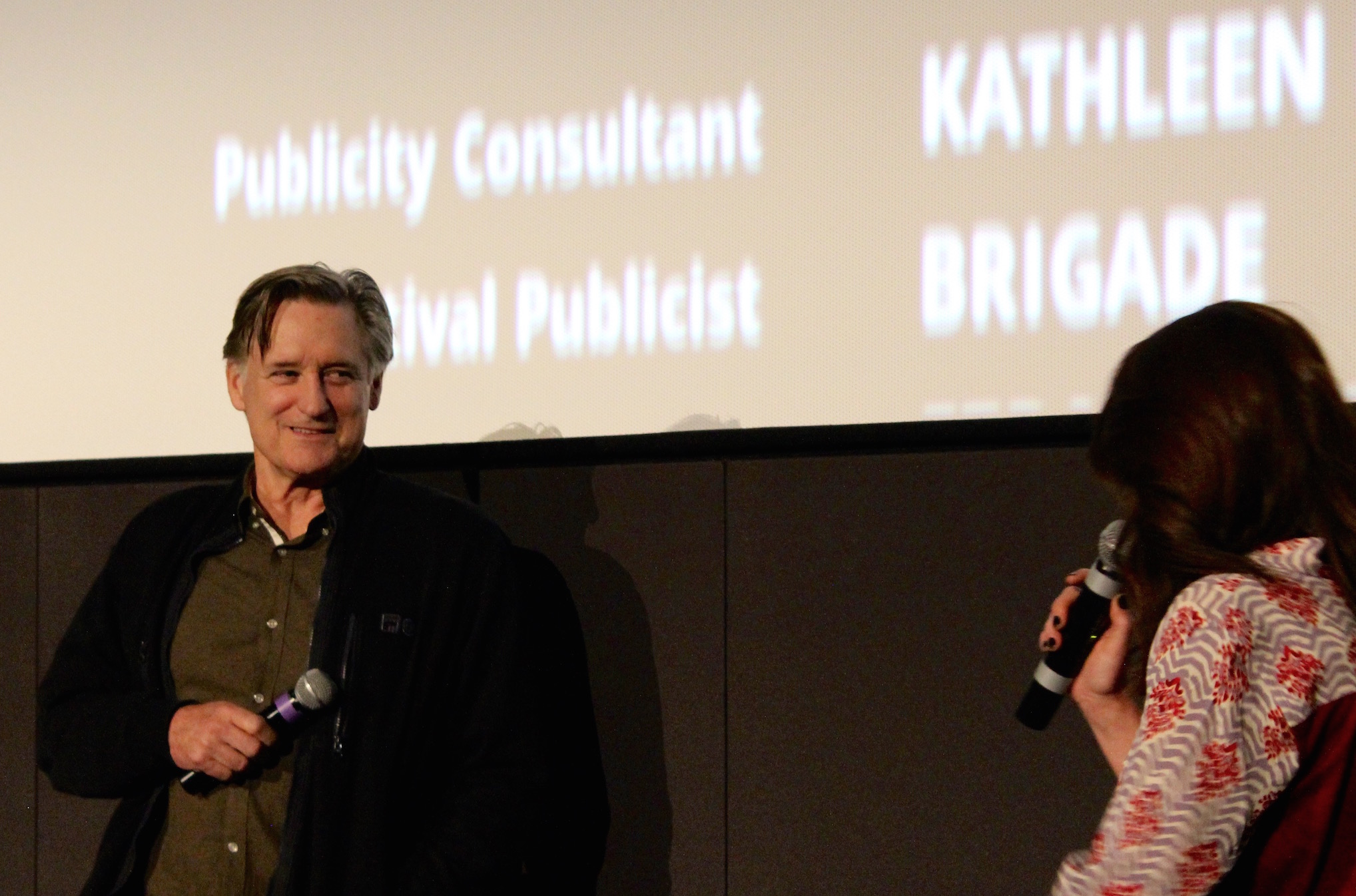 Britta Erickson: You’re no stranger to the west, having your ranch in Montana. But how did being in a Western film come about?

Bill Pullman:  [Jared Moshé] wrote it with me in mind, but I always take that with a grain of salt. It was a surprise to see the script, and know he wrote it for me, because I wasn’t expecting it. I thought, ‘have I done this guy in another film, or does he remind you of me?’ We had a very close collaboration while he was writing the script, which is unusual. At first we were going to have it in New Mexico, and when we changed it to Montana we had to go back through the script page by page and make sure everything was accurate. He chose Bannock, an old territorial capitol of Montana, and now a ghost town. No movie has ever been shot there, so it was the power of the new. It wasn’t like going to Calgary to shoot a Western—which has obviously been done before. Montana was also excited to have him, the people did everything they could to figure out how to do it.

BE: Was it challenging to play Lefty?

BP: I think a lot of it comes from me being from a small town. I remember there was a kid in our school yard that kind of looked out for me. He was a little older and he rescued me out of a gnarly little fist fight, and I always remembered that thinking about how it would be to grow up being the supporting cast. Jared says it’s a coming of age story for a 63 year old man. It’s when you think about the first time you ever had to make a promise and be the one who had to carry through with it, or the first time you’ve been betrayed by your closest friends. It’s the rite of passage to live in the world, to claim responsibility for yourself. I think coming that late to it made [Lefty] more vulnerable.

Audience member: How did you prepare for this role?

BP: I meet a lot of riders and a lot of people who think they think they’re in a Western. They act sometimes like they’ve got a camera on them. Then there’s just what happens when you get out there, in the rain, bad terrain, with spooked animals, and all that behavior inspired me. The most authentic ones are the guys who have a certain rhythm in the way they talk, and I think this role was a chance to drop into a lot of that, which I’ve been seeing and experiencing for many years. And then I had to find the limp.

Though you missed your chance to see the film before it hits screens around the world, it will be back in theaters in Denver at the end of this year or beginning of next. 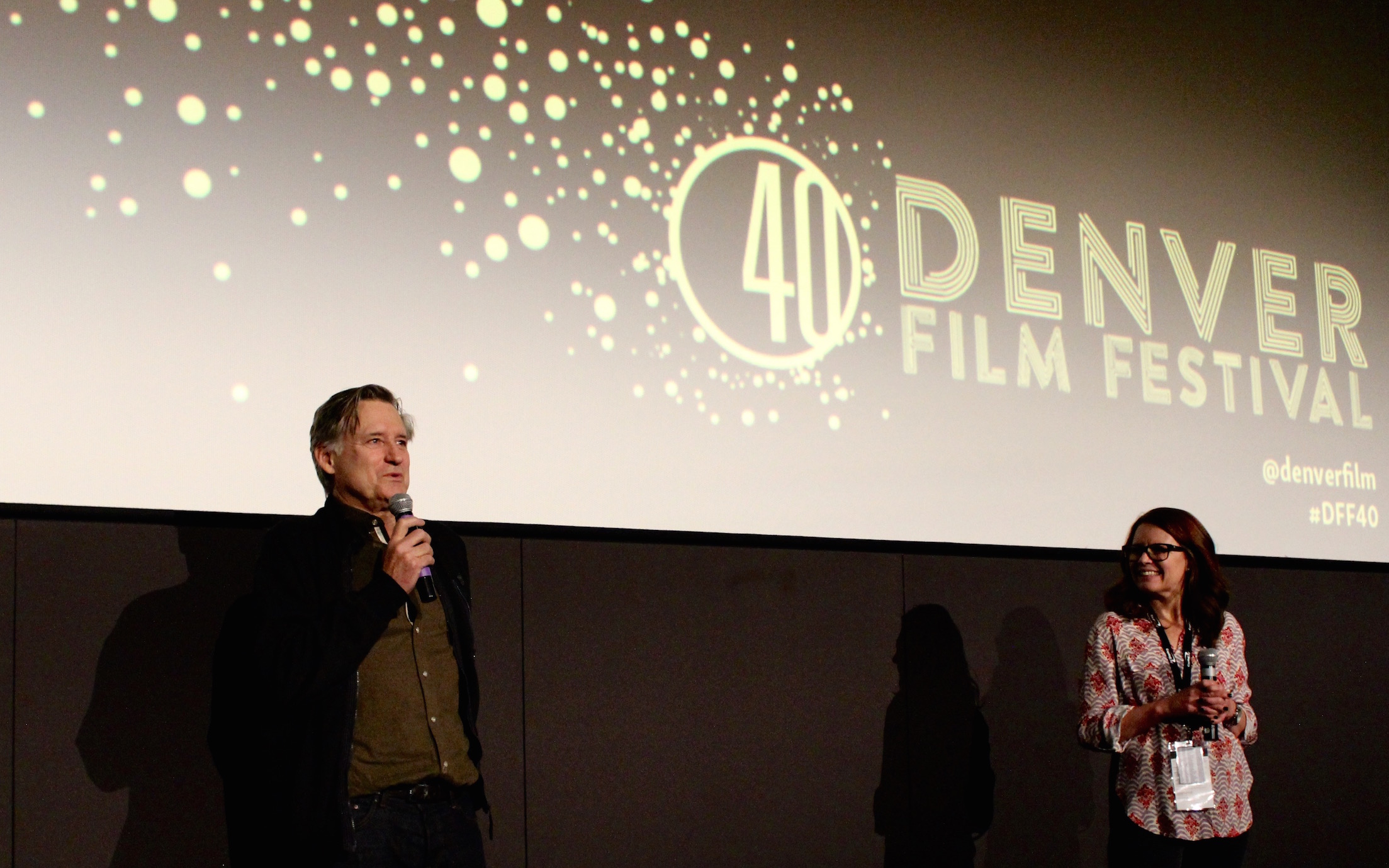