Run The Jewels (RTJ) along with Tove Styrke will be opening for Lorde at Denver’s Pepsi Center on Monday, March 5, 2018, for her “North America Dance Tour.” The group announced the big news just this morning on their Facebook page saying, “Big shout out to Lorde for having us along on her North America Dance Tour! We hit the road in March.” Run The Jewels most recently came to Denver in February of this year to play a bumpin’ show at the Fillmore Auditorium.

Lorde is currently touring in Europe with fellow young pop-artist Khalid, who performed at Denver’s Fillmore Auditorium in August. Run The Jewels will be joining Lorde in America in March, adding a more dynamic hip-hop sound to the tour – a definite change from Khalid’s ‘American Teen Dream’ mystique. Lorde’s US tour with Run The Jewels will focus on her most recent album Melodrama, boasting 30 other arena stops throughout the US. 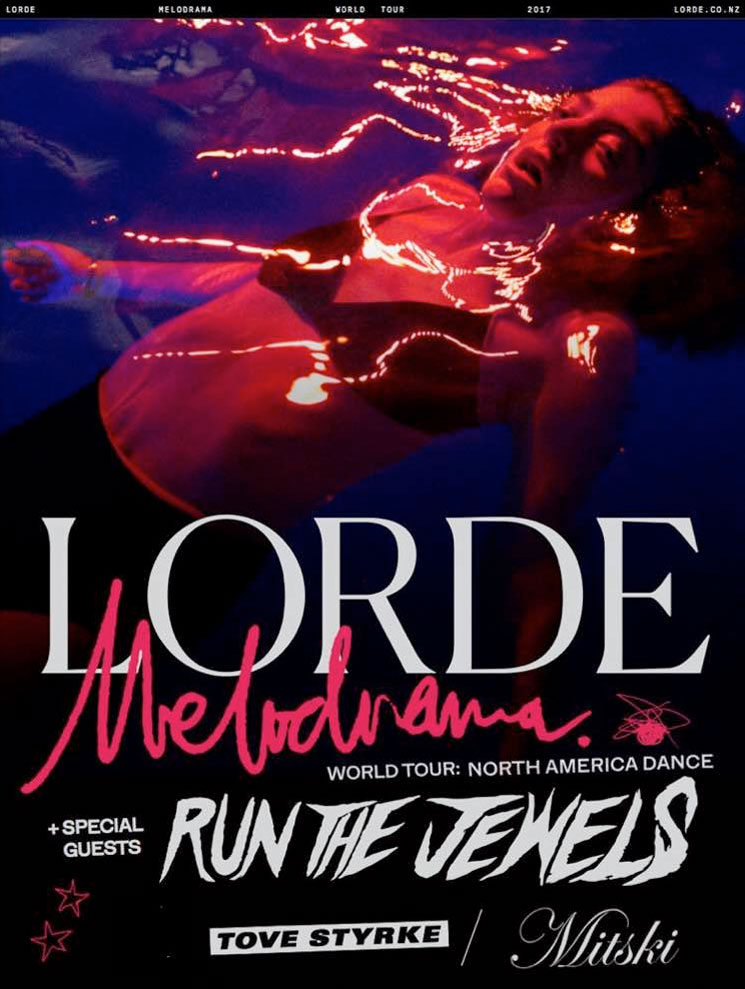 Lorde will also bring Mitski along with her on some tour stops in 2018. More information about the tour and tickets can be found at Altitude Tickets.