The self-proclaimed legend thing is getting old. It’s hard to not roll my eyes when so many artists claim they’re the best alive because sometimes the cockiness and cliche of it all becomes off-putting. An exception was made on Saturday night at the Fillmore Auditorium, when Run the Jewels lived up to how great they say they are. Hip-hop supergroup comprised of Killer Mike and El-P came through Denver on Saturday, February 11. In case you missed it, Run the Jewels dropped a new album – Run The Jewels 3 on Christmas Eve of 2016 and are now traveling the world on the Run the World Tour.

Now, one of the four openers, Gangsta Boo, was one of those cliches I mentioned. The former Three 6 Mafia affiliate rapped almost exclusively about overdone themes like smoking weed, having sex, being “the best” and such – all in a Misfits shirt. However, she amped up the crowd quite a bit for Run the Jewels with some loud bass beats and crowd involvement. Once Gangsta Boo left the stage, her producer took over for a bit and invited an audience member on stage to make a beat with him. 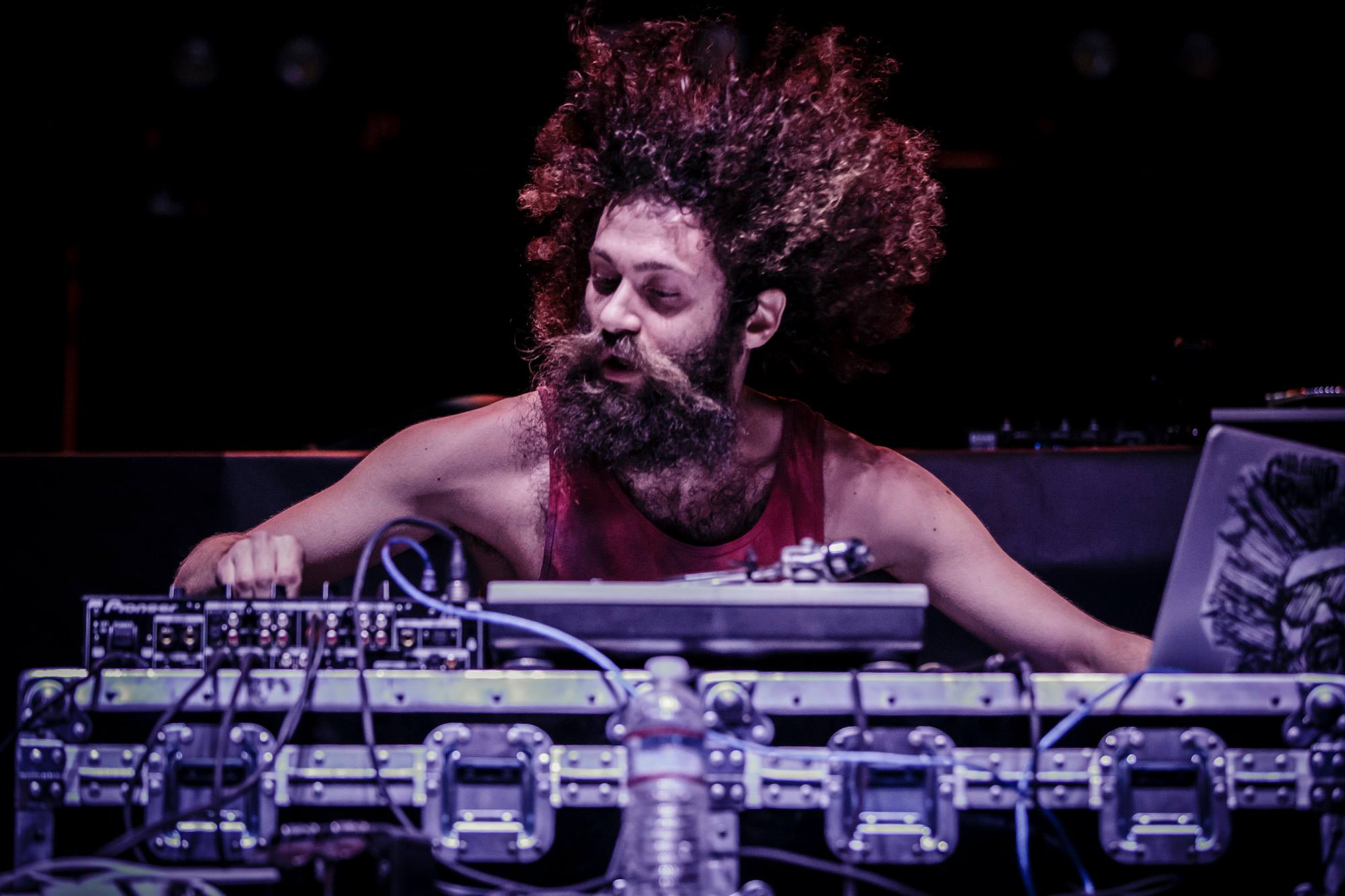 The Gaslamp Killer. Photo courtesy of Run the Jewels on Facebook

The Gaslamp Killer came next, and dropped a wild 30-minute DJ set. This LA producer was previously signed to Flying Lotus’ record label Brainfeeder Records but recently started his very own label, releasing an album on it in 2016. Being unfamiliar with the artist, I didn’t really know what to expect. Based on the lineup I was prepared for another half-an-hour of hip-hop – how wrong I was. The producer blended rock, trap, hip-hop, electronica and a variety of world music genres. The song selection was as diverse as the genres he spanned, and impressive to say the least. He mixed in songs by Lil’ Wayne, Jay Z, Childish Gambino, Death Grips and many more. He even played a video-game sounding remix of “Ridin’ Dirty.”

“No matter who’s running this country it will always be dope as fuck. The government doesn’t make the people, motherfuckers. We will be dope – always.” – The Gaslamp Killer

The Gaslamp Killer incorporated music from other cultures, specifically, he said, “the music of my people in Syria.” I know, it all sounds like way too much going on, but I promise you, it worked. The Gaslamp Killer head-banged like crazy and raged to say the least, all in a tie-dye muscle shirt. He played some bongos and ferociously paced the stage coordinating recorded sounds with hand gestures, sometimes as if he was air-playing the piano or other instruments. The Gaslamp Killer was an excellent addition to the Run the World Tour, diversifying the evening and proving a suitable opening act for RTJ. 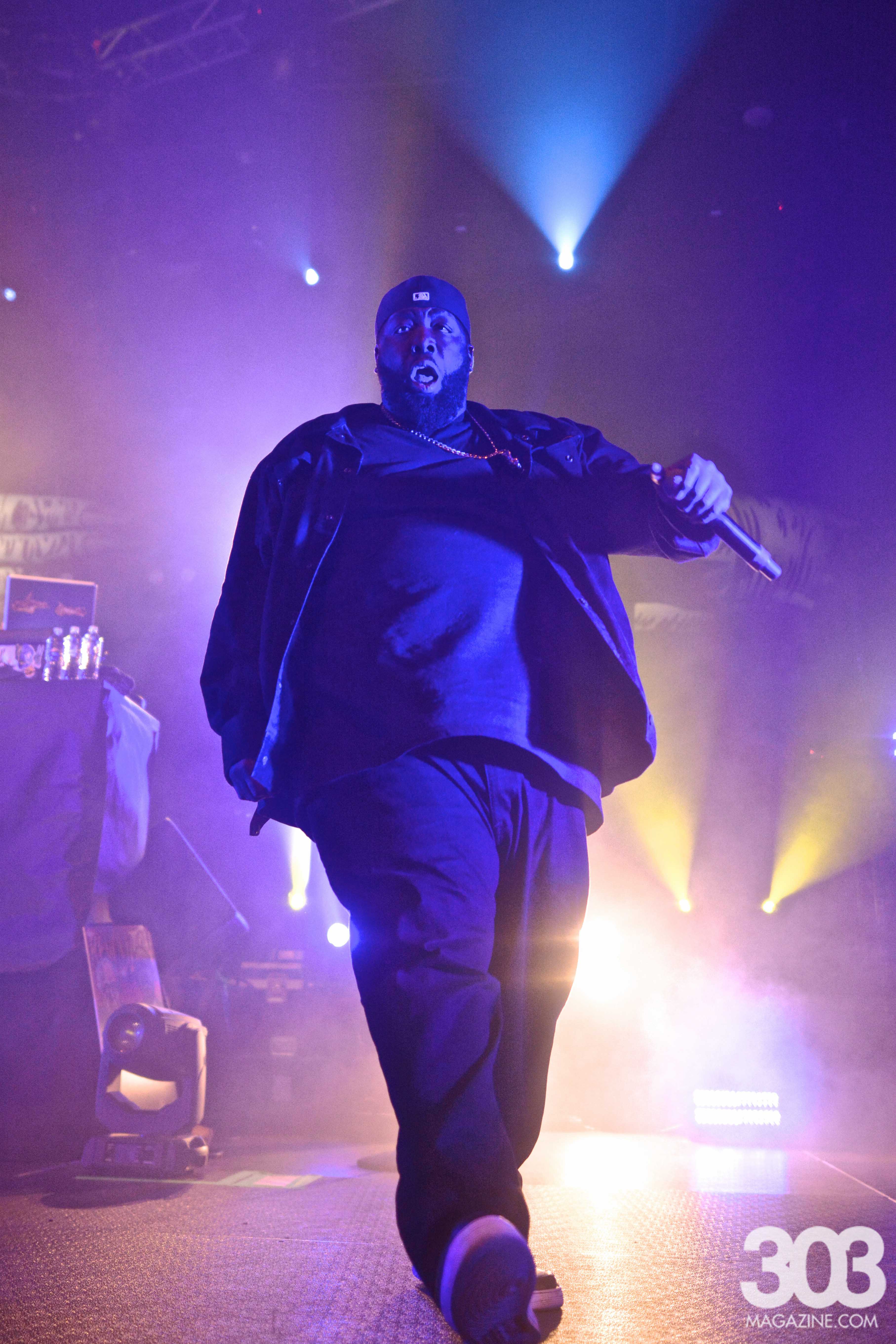 Run the Jewels finally graced the stage to the track “We Are the Champions” as I’ve heard they often do. Then they began, and the sold-out venue evolved into a packed frenzy of dancing. The light show immediately impressed with red, blue and white lights stacked tall on stage. No, they weren’t patriotic – but sometimes seemed to reflect police car lights. Or maybe I’m just reading into it too much because Run the Jewels are no stranger to politics. Their album art hung from the ceiling and fans would throw their hands in the air, imitating the hand gesture.

Killer Mike and El-P showed off their effortless alliteration skills, playing on one another’s chemistry during and between the songs when they’d joke with the crowd. Run the Jewels had an incredible energy that reflected onto the sold out audience. At one point they had everyone singing “dick in her mouth all day” in unison. Of course, that moment led into “Love Again” where Gangsta Boo returned to the stage to perform her verse in the track. “Pussy is power” she said as she departed the stage. Throughout the rest of the performance they played a lot from their new album and somewhat surprised the crowd with DJ Shadow track “Nobody Speak.” 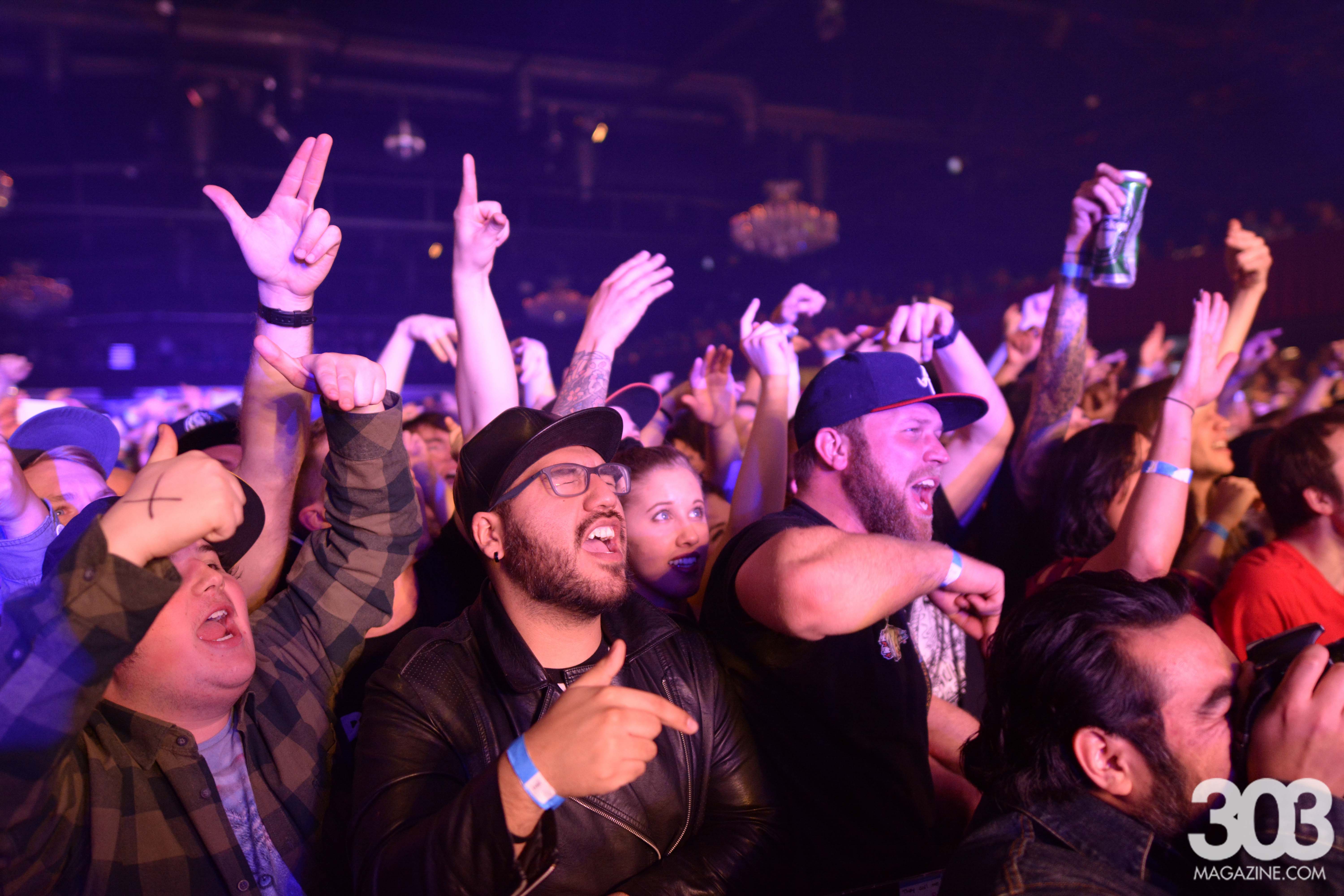 Run the Jewels returned to the stage for multiple encores, but before beginning, they addressed the front of the crowd about respecting one another while they enjoyed the show. Killer Mike and El-P joined forces to claim that if someone falls down at a Run the Jewels show, you work together to pick them up. They then got the crowd to chant “Run the Jewels fast” and began “Close Your Eyes (And Count to Fuck).” After the song, they praised the pit because someone had lost their glasses and everyone stopped mid-song to help the fan find them.

“Now I know we’re all high… so we’re gonna stay in this shit together. Like elementary school.” – Killer Mike

Run the Jewels have always been praised by fans, concert-goers alike for putting on a great show. And anyone who knows them even the slightest knows that they hype themselves a lot. After the other nights performance, I’m okay with that because Run the Jewels put on an incredible show and did so seemingly effortlessly. Between the energy, the lights and of course, the performers, the Run the World tour is destined to take over by its conclusion this summer. 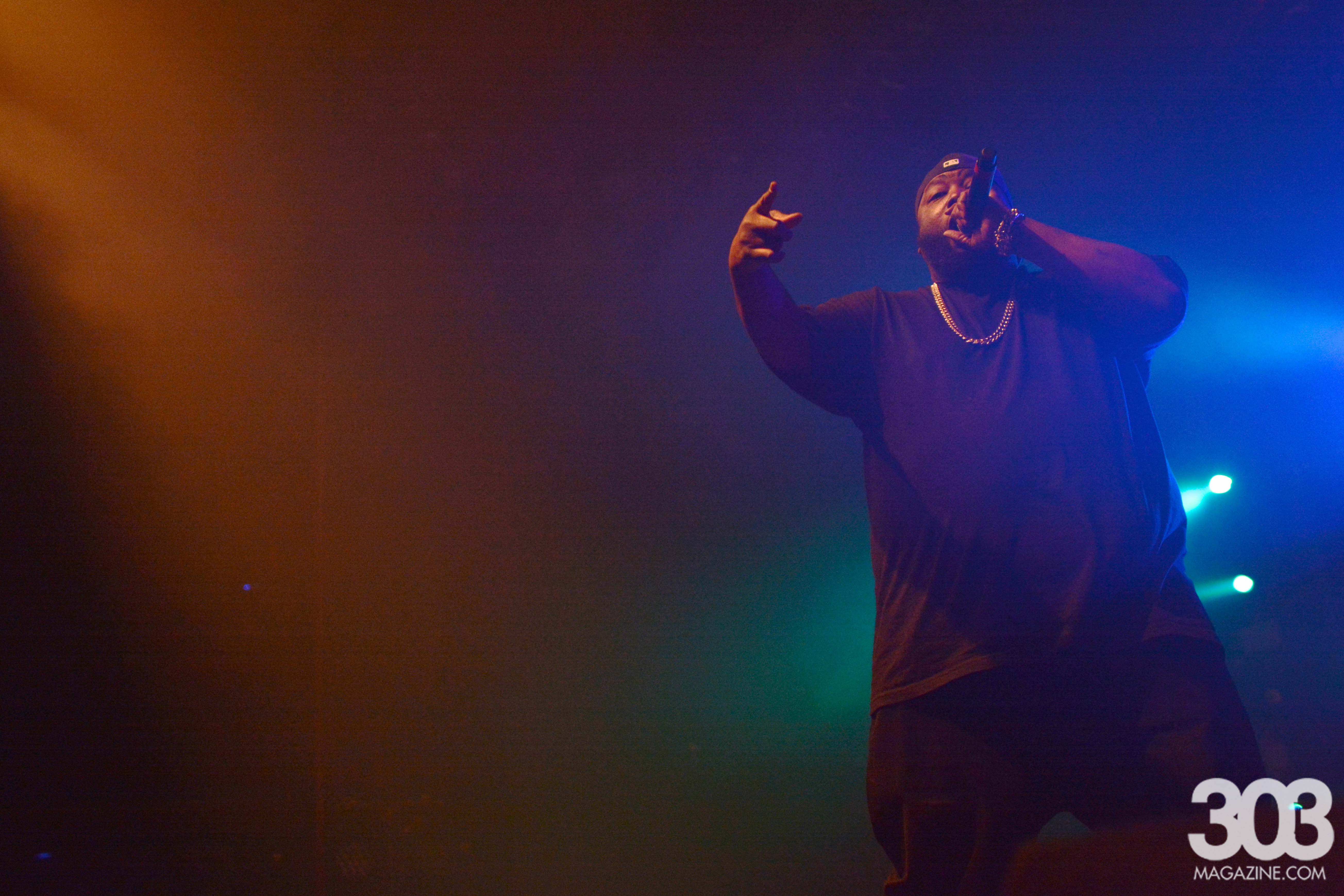