What You’ll Be Drinking in 2018 According to GABF Trends

The final beers have been poured, the last pretzels have been consumed and most importantly all of the hardware for the 2017 Great American Beer Festival has been handed out. Colorado took home 37 medals including 13 Gold, 13 Silver and 9 Bronze – the state also swept the Pro-Am Competition.

Now it’s time to look forward – GABF is the indicator of what to expect in the upcoming year for beer when it comes to style trends, ABVs and or even ingredient sourcing. This year’s festival had no shortage of unique beers and noticeable trends— but while some were expected others were definitely not. After visiting as many booths as possible, we have broken down what we believe you can expect in beer over this next year.

Sour and Barrel Aged Beers Will Continue to Dominate 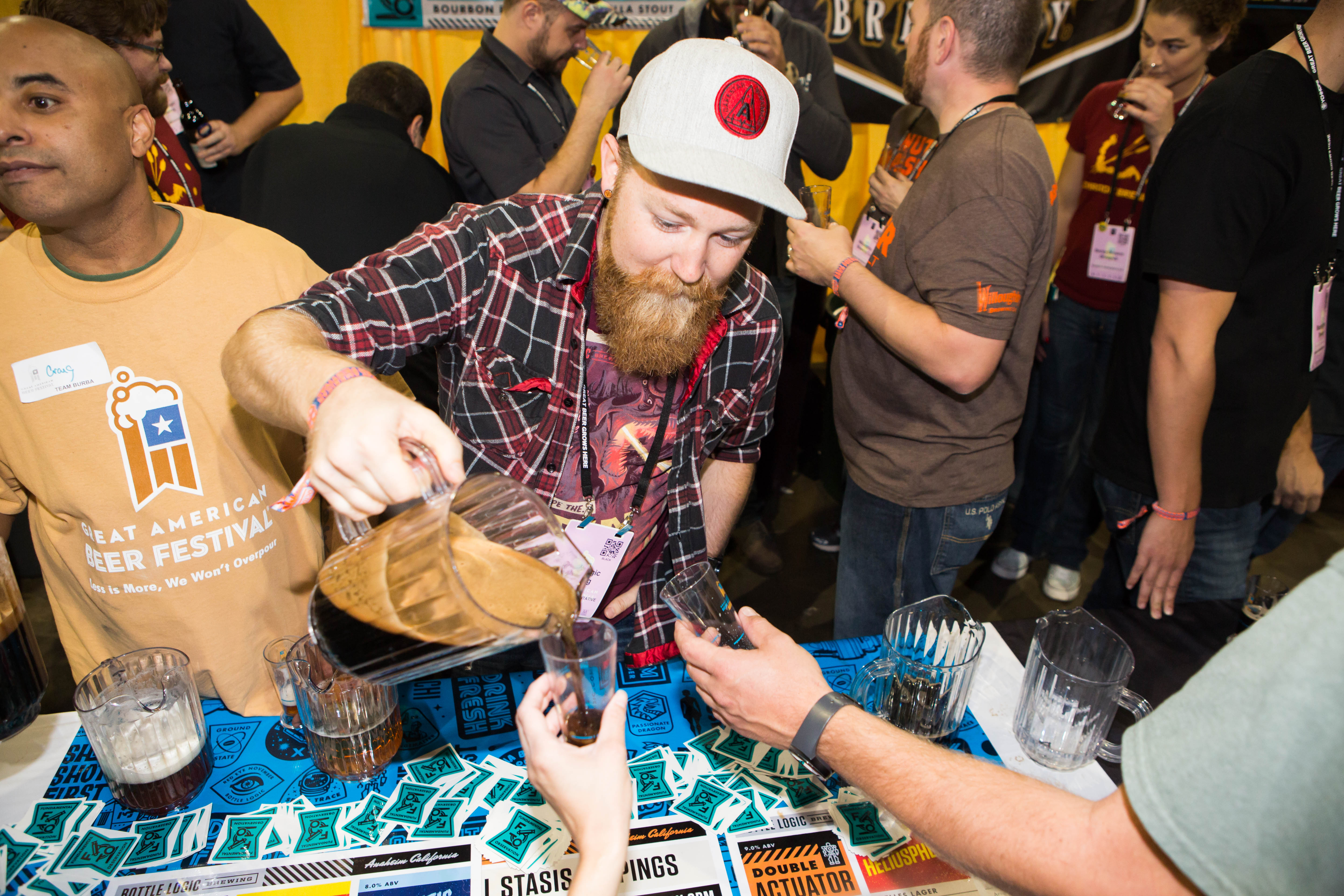 All photos by Kyle Cooper, unless otherwise noted.

This year there were two distinct styles. And while they aren’t new, they showed the growth they are experiencing within the beer world. Not so long ago wild and sour beers were few and far between at GABF – just a few select breweries showcasing their ability to manipulate the style. Breweries such as New Belgium, The Rare Barrel and Russian River had long dabbled in this style.

In the beginning, to the average beer drinker nationwide, this particular style could be intimidating but that is no longer the case. The sour movement has grown – other breweries such as Black Project Wild and Spontaneous Ales, Crooked Stave, Odd Side Ales and Forager Brewing Company to just to name a few have made the prevalent in every aisle of GABF. The beer is not just more approachable because of its newfound mass availability but because the beers themselves have become more approachable. Balanced by fruit and experience some of the sours have become more less pucker-worthy, inviting in new people to the style. For example, the Rhubarb Vanilla Incipient from Speciation Artisan Ales was sour in how it played off the rhubarb flavor but light with the vanilla backend making it downright sessionable.  Avance from Allagash Brewing Company started out with a medium strawberry bite but as it moved across your tongue the hints of the oak it was aged in became more pronounced.  Instead of finishing with a sour bite, it finished dry and easy. Avery Brewing Company’s Apricot and Ginger Sours were also poured in mass next to its beloved stouts such as Tweak – further illustrating how these fruited sour beers are going from niche to mainstream.

READ: What The Funk Showcased The Best In Barrels

The other style that continues to build momentum and in turn foster expansion is barrel-aged beers. While its existence and dominance on the beer scene isn’t anything new – it’s the focus on adjunct flavors at this year’s GABF that deserves our attention. It’s no longer about being the best imperial stout in a Bourbon barrel for today’s craft beer drinker – they want to know, what are you adding to that barrel? The longest lines at GABF were for the beer special adjunct flavors – Toppling Goliath with Morning Delight added espresso, vanilla and maple to its beer. And then, if you were lucky enough (it wasn’t listed) a few people at GABF did get to try the elusive Medianoche Reserve from WeldWerks Brewing Company – an imperial stout with cacao nibs, vanilla beans and toasted coconut. While these sort of adjunct flavors were expected, other breweries have added even more to those barrels. Fremont’s Rusty Nail features licorice and cinnamon — giving the beer a slightly spicy complex. And while it wasn’t a stout – Short’s Brewing Company’s barrel-aged Bourbon Black Cherry Porter was fermented with sweet black cherries to enhance the complexity of the Bourbon flavor. These beers are showing it’s more than just coffee, vanilla and cacao nibs coming in big beers.

The search for the haziest New England style IPA continues – or it might be fair to say the haze craze has officially enveloped the entire country. But still, there is no official category for the beer style at GABF. It is hard to make sense of it all — how can a beer be so popular and have so many breweries dedicated to mastering it and still not get the chance for recognition? There are many theories on why — Westword‘s Jonathan Shikes offers his opinion here — but in the end, the lines were long and those breweries are prospering.

Some of the haziest beers this year didn’t even come out of the East Coast. Great Notion Brewing pushed the limits with its Juice Box – it legitimately looked like juice but burst with citrusy hoppy goodness. Tucked away at the Michigan Brewers Guild table was M-43 from Old Nation Brewing (who didn’t have a table at GABF) – letting everyone know that Michigan can produce dank, hazy IPAs juice bombs as well. The East Coast did have representation in first-time attendee Lord Hobo with its Boomsauce – a beer molded in the tradition of what you can expect from those New England Style IPAs.

Noticeably absent from GABF were some of the biggest hitters in this style of IPA — would a new category change that? If the category arrived in 2018 surely breweries suchs as Monkish, Tree House, Trillium and Other Half would have to contemplate making the trip to Denver.

Botanical Beers are What’s Next 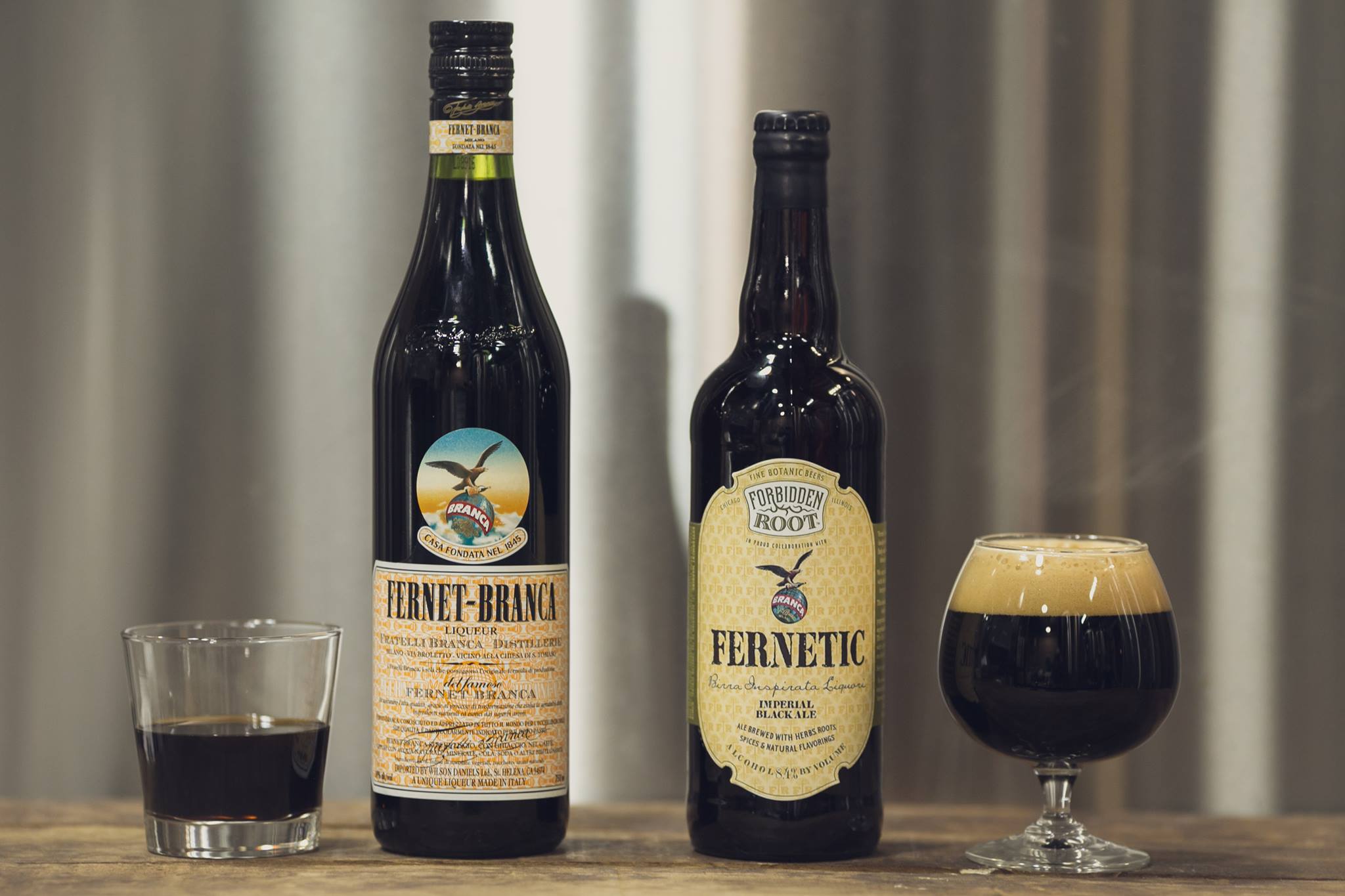 While it was clearly a year of perfecting at GABF, that doesn’t mean there aren’t people pushing the boundaries of beer. This particular distinction goes to botanical beers and breweries that are using a wide variety of plants beyond hops. In particular, Scratch Brewing from Illinois has been at the forefront of this movement for several years and is undoubtedly a leader of this pack when it came to the 2017 GABF participants. The brewery, located in the Shawnee National Forest, is known for its foraged brews that are made using a wide variety of plants. A couple years ago they made a splash with the single tree series when they brewed a beer using tree sap instead of water. This year, they returned to the tree concept by making beers from different elements of the tree including seeds, bark, roots, flowers and leaves. But the brewery was not alone with its botanical driven beers.

Forbidden Root, also from Illinois (but this time Chicago) brought the botanical beers from the forest to the city with an entire line of botanical beers. This included the Fernetic, a beer made with ingredients pulled from the secret recipe of Fernet — the most famous botanic drink of them all. According to Randy Mosher, senior alchemist at Forbidden Root, the beer came about after the grandson of the owner of Fernet enjoyed their amaro beer in the taproom and was intrigued. Mosher expressed great excitement for Fernetic and botanic beers – which is a big indicator for the trend since Mosher literally wrote the book on tasting beer.

READ: 7 Foraged Flavors That Popped At Beers Made By Walking

There were more roots that tied botanical beers to established entities during GABF week including Beers Made By Walking, an entire festival dedicated to the idea of brewing beers using ingredients found in your natural surroundings. We found Eric Steen, founder of Beers Made By Walking, pouring one of his own at Hopworks Urban Brewery. The brewery, in partnership with retailer Patagonia, created a Long Root Ale that used Kernza, a perennial grain, as its main ingredient. Steen has long been an advocate for botanical beers, not just for their delicious, boundary-breaking qualities, but their environmental benefits. The Long Root Ale, which is made with a plant with a really long root, helps restores soil biodiversity, soak up carbon and grows crops without chemical fertilizers or pesticides. In many cases, the breweries utilize these methods for ethical sourcing purposes and are akin to the farm-to-table movement in the culinary world. Some have dubbed it the farm-to-glass movement, which in itself is a growing trend in the beer industry and took many shapes and forms in a lot of other beers poured at GABF. But nowhere is it as clear and focused as it can be found in the botanic beer movement. Noticeably, two big breweries that also do botanic beers, Jester King and Fonta Flora, were absent at this year’s GABF. If they return for 2018, expect even more from this growing trend.

With over 3,000 beers poured at this year’s GABF, there were of brews plenty that went un-tasted. But for now, it’s undeniable that sours, barrel aged beers and hazy IPAs continue to infatuate drinkers and brewers alike. Looking ahead, botanic beers are going to push your boundaries and the industry as a whole in the next great adventure in beer-dom. Now get to drinking.

All photography by Kyle Cooper unless otherwise noted. Go here to see more photos from GABF Nights One and Two. 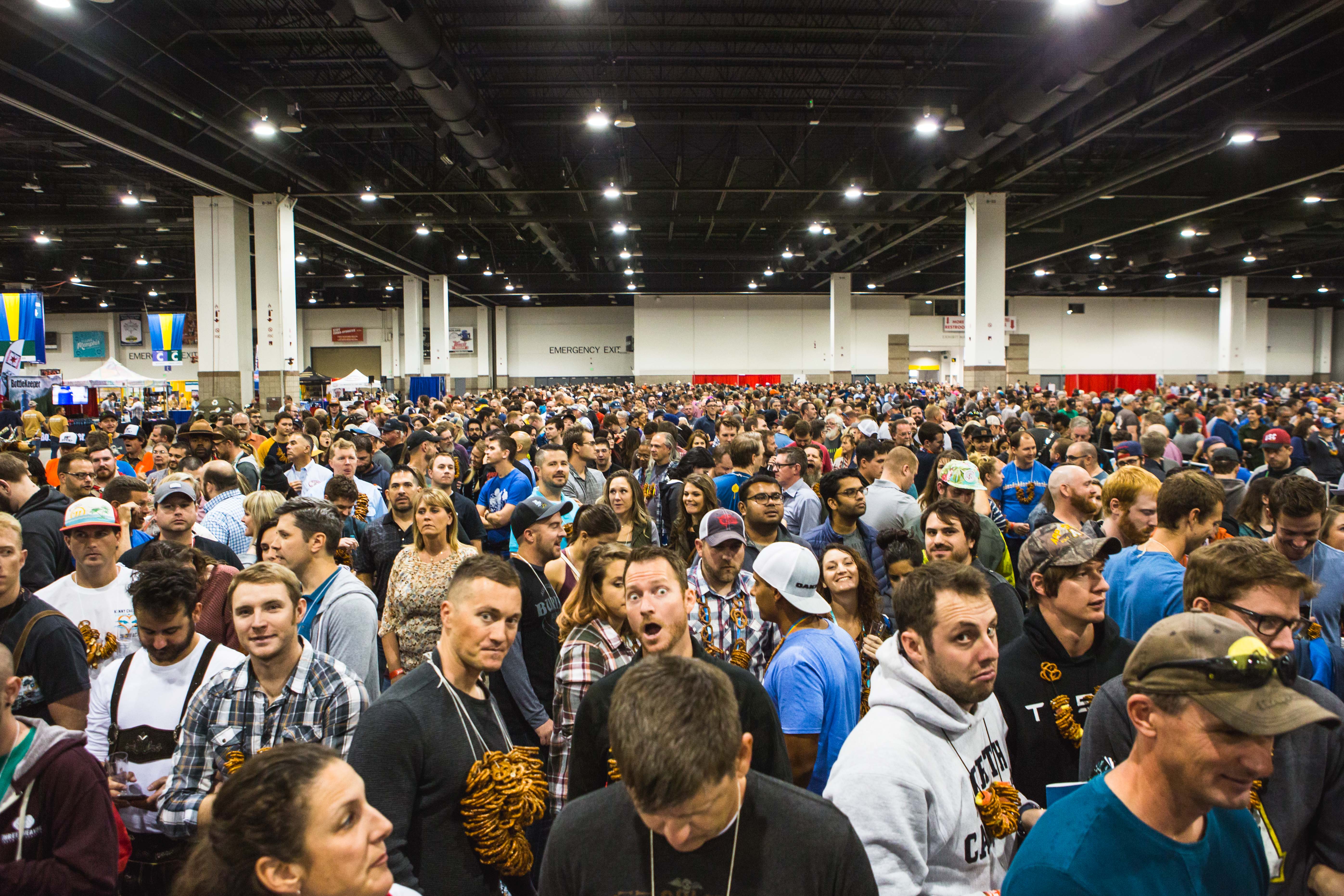