Many of us were confused when Deer Tick updated the name of the event for their Denver show to “Deer Tick’s Groovy Pirate Ghost Mystery.” For a moment, we thought it was all a Halloween costume party theme — but wait — isn’t that a South Park episode? The animated television show set in Colorado is indeed home to Season Three, Episode One’s “Korn’s Groovy Pirate Ghost Mystery.” The name change of the event set the standard for what Denver witnessed on Saturday, October 28 at the Gothic Theatre. 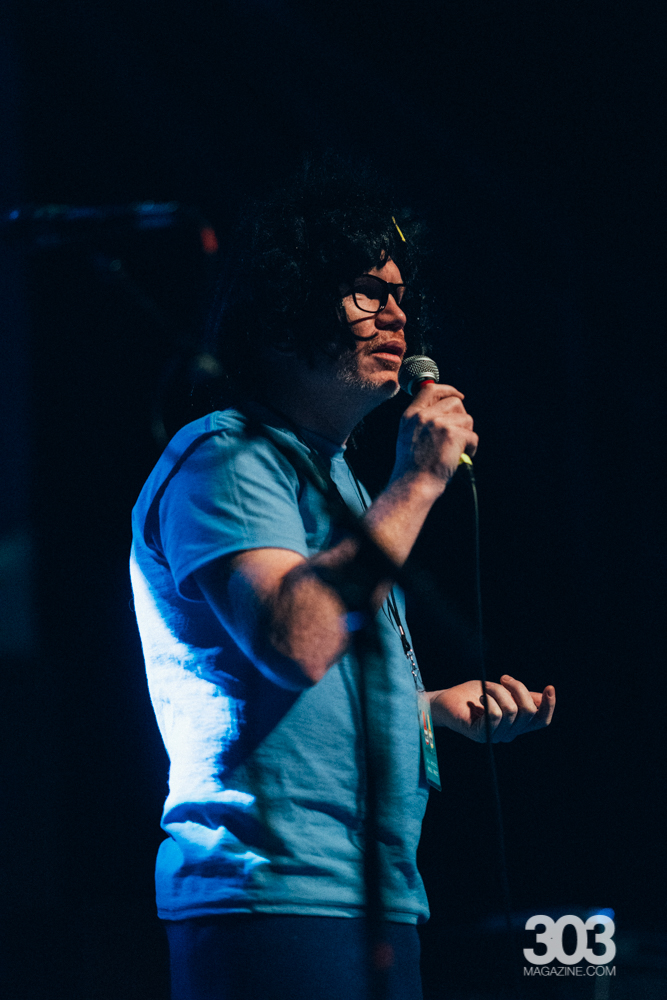 Stagehands meandered through the instruments dressed as Bob’s Burgers characters, and Nashville Comedian Chris Crofton kicked off the show dressed as Tina Belcher, though he claimed he has only seen the show once and was forced to do it. The comedian unleashed jokes on dick pics, Tinder, family issues and more. When you’re a comedian opening for a band, it’s safe to say you’re in a risky situation. At the start of his set, there were only a handful of laughs found coming from the audience, leaving others on edge wondering if “boo’s” would soon begin. But by the end of his set Crofton had the crowd laughing and cheering him along. Before departing the stage he played a song about John Denver which he claimed was just for us.

Immediately after Crofton’s set, Deer Tick stormed the stage. Their backdrop was the familiar snowcaps and mountain town animated aesthetics that illustrate South Park — even including a building for Tom’s Rhinoplasty. The “South Park Theme Song” played in the background and the band approached their instruments dressed to the tee as Stan, Kenny, Kyle, Cartman and even Chef. 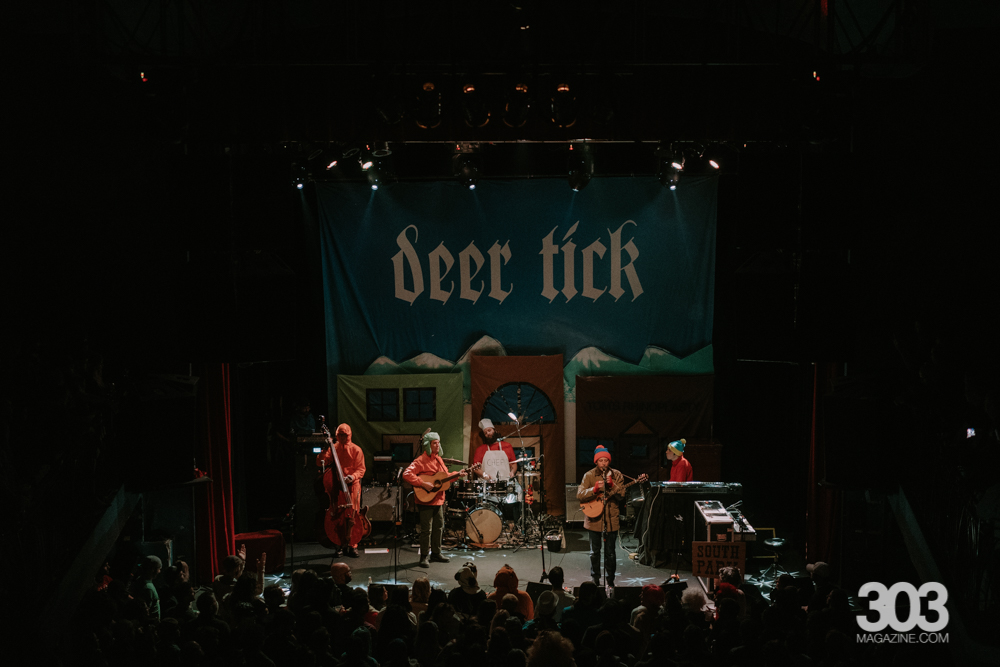 After the theme song ran its course, Deer Tick opened their set with a shortened cover of “I’m Gonna Make Love to You Woman” originally performed by the South Park character, Chef. The band then put (awesome) jokes aside for a bit and kicked things off with a nearly entirely acoustic set. With the exception of the occasional electronic bass and other features, the first portion spotlighted Deer Tick’s acoustic capabilities. A stagehand graced the stage at one point draped in a blue cape — a cape that was tied around his front side. Deer Tick’s lead singer/songwriter and creator John McCauley clarified with, “it’s Towelie, y’all.”

READ — Review – An Acoustic Deer Tick Got Under Denver’s Skin

Fictional characters aside, one real-life performer surprised the audience with an appearance — Vanessa Carlton. Introduced as McCauley’s girlfriend, Wendy, Carlton graced the stage in a pink bonnet and yellow pants, appropriately filling the character’s role. Not to mention, the two are married in real life, and McCauley played Stan for the evening making the duet of “In Our Time” comedically charming. Carlton is known for making appearances at Deer Tick shows, and it’s always a pleasant surprise — seeing the musical dynamics between Carlton and McCauley as well as witnessing Deer Tick with the addition of a female element. But this one was even more magical.

Just before Deer Tick took an intermission, bassist Chris Ryan and drummer Dennis Ryan jammed out alone for a minute or two allowing them an opportunity to take over the spotlight. After about fifteen minutes Crofton returned to perform another song with his acoustic guitar.

Shortly after 11 p.m. Deer Tick returned for the second set of the evening. “Fingerbang” from South Park streamed over the airwaves as Deer Tick found their place on stage. The band had undergone a costume change but didn’t venture away from the Comedy Central television show. Now they sported white beanies and blazers, transforming their characters to the memorable South Park boyband Fingerbang. Oh, and the drummer — he was now Darth Chef.

Set number two presented a much more upbeat lineup of songs and instrumentation than the first. Throughout the night, Deer Tick played a significant amount from their new album but with additions of favorites like “Twenty Miles,” “The Bump,” “Easy” and more. On Saturday night, Deer Tick showed Denver their acoustic and not-so-acoustic skills, all the while fueling Halloweekend with their stage setup and costumes. Deer Tick didn’t half-ass their costumes, either — they took the challenge seriously and nailed it every step of the way. Three different performers had opportunities to shine on the vocals, never once disappointing in the process. The instrumental variation, whether it be the immense amount of instrument changes or the different uses of sounds, was another impressive display of talent from the Providence, Rhode Island group. 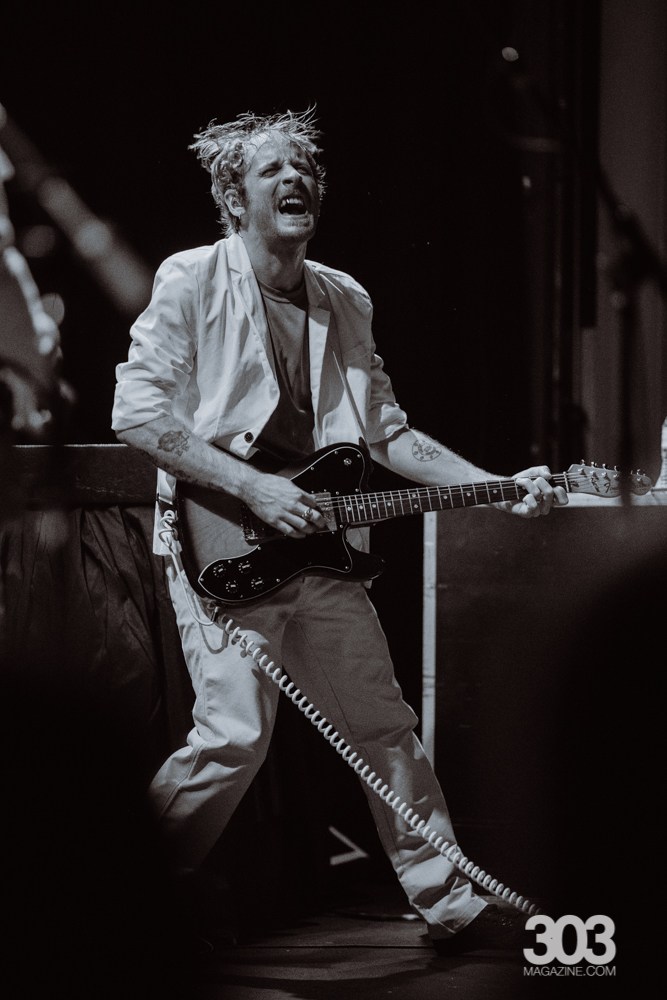