“When I was 12 years old, I decided I’m going to be a monster of some sort, and I knew being a vampire in West Texas wouldn’t work because there’s no shade — I would burn to death. But I could be a werewolf and run around and chase rabbits,” recalled Stephen Graham Jones, the author and English professor from CU Boulder who is more than just a horror fanatic. With 23 books under his belt, his latest Mongrels being nominated for the Shirley Jackson Award and the Bram Stoker Award, and being the winner of the Texas Institute of Letters Award and a National Endowment for the Arts fellow in fiction, Jones is a horror expert.

While some go out of their way to avoid being scared, Jones relishes everything about the experience.

“Growing up, my friends and I would be watching a stack of Jason and Freddy movies in the garage and, at some point around 2 or 3 a.m., my friend’s dad would put on a Freddy glove and scratch his claws down the garage door and we would just scream and run through the woods, so happy to be scared,” he recalled. 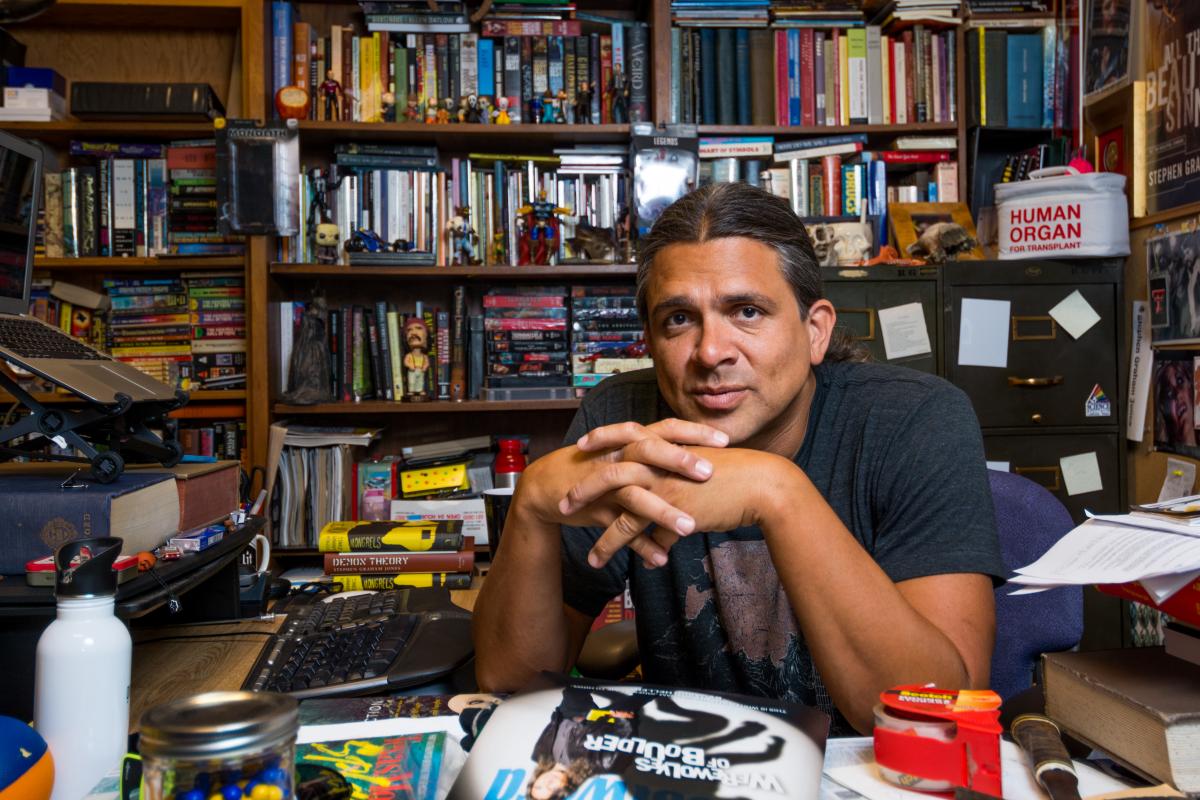 Instances with the genre at an early age would ultimately inspire his darker writing. He explained that he decided to pursue the profession after reading Where the Red Fern Grows in fourth grade. “At the end, there’s a scene with a rusted ax and I closed the book and thought ‘I can do that’ and knew from that point on that I could write.” Wes Craven’s iconic slasher film Scream (1996) and Stephen King’s novel It remain mediums of inspiration for Jones, as well. “In It one of the characters uses his inhaler against the demon-monster-alien thing and it works because he believes in it. That was the power of fiction and storytelling and faith for me,” he noted.

In present day, everyday life influences Jones’ writing from other books and movies to interactions he has at Burger King. He might be in line waiting to receive his Whopper when someone will say something that attracts his attention. “Their diction suggests a way of looking at the world and I just abduct that person secretly. I’ll grab my Whopper, go to my booth and start writing. And that’s how my characters are born,” Jones said. The idea for The Night Cyclist, a story set in Boulder about a vampire on a bike chasing people down, came from a night ride Jones had in which his light could barely illuminate the path in front of him. “I thought, ‘Something’s going to eat me,’ and it became a story,” Jones recalled. He says it’s safest to believe in the supernatural, “because then you can be somewhat prepared for a vampire, werewolf, a ghost, a haunting, whatever it’s going to be.”

Not originally from Colorado, Jones graduated from Texas Tech University with a double major in English and Philosophy. Later, he graduated with a Master’s degree from the University of North Texas and would go on to obtain his PhD from Florida State University, becoming the first tribal member of Blackfeet nationality to graduate from FSU with a graduate degree in 33 years. The novel he wrote for his dissertation would go on to be published. “I got a call that said ‘how about more money, less work and mountains?’ and I agreed to begin working at CU Boulder. The students and faculty are top-notch, and the campus is beautiful,” he said. 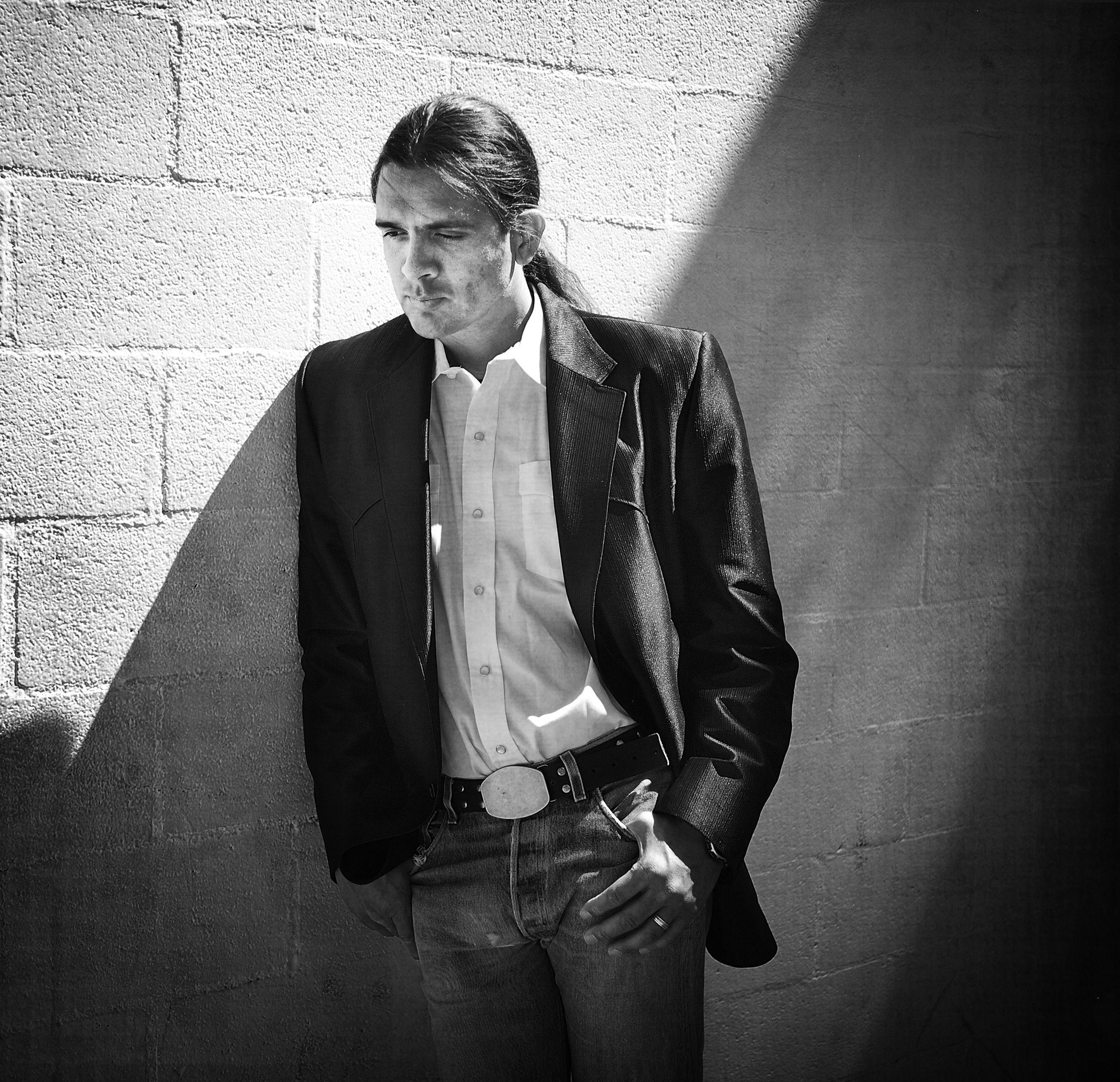 Jones was also one of this year’s speakers at Jaipur Literary Festival, a three-day event that brings together internationally acclaimed authors into conversation.

“We discussed issues of representation, appropriation and — of course — writing. Who has license or authority to write from a culture’s perspective? Is it people within that culture? What if someone from outside that culture wants to write within that culture? Is it a matter of just Googling up facts or of finding a way to occupy the political space of another person? Is that even possible? Then there’s the issue of who gives permission, because granting it doesn’t fall on one specific person. It gets tricky.”

Jones was once invited to write a novel about another culture but declined because he felt that all his time would be spent on exploring the identity instead of propelling the plot forward. He also recalls a recent time in which he was writing about a Lakota man but made him Blackfeet after not feeling knowledgeable on Lakota traditions.

Jones’ approach to horror though is a bit more universal, in fact, he believes why people loved being scared is embedded in our past.

“I think we engage with horror because we evolved out on the savanna with everything wanting to stick its teeth or talons through our skull and wanting to make a meal out of us. So we’re conditioned to see teeth in the shadows. In today’s world, we sterilize the world of scary things but we need those stressors because we’re hardwired for them. Fear make us feel human,” Jones said.

The author believes being scared is an authentic feeling because it’s not something you can manipulate. But it’s not about terrifying – in the end horror can bring its own sense of twisted joy. “Horror movie audiences scream because it’s terrifying and then they laugh right after,” he said. “I don’t think we necessarily go for the scream, we go for the laugh that comes afterwards.”