In a time when slow fashion principles are seeping into each one of our closets, thrift stores are becoming a crucial part of the shopping experience. Denver citizens are celebrating their individuality and breaking all of the rules, but they’re doing it with thoughtfully selected clothing. They’re thrifting. So, when we heard about Peak Thrift, a nonprofit store in northwest Denver’s Chaffee Park neighborhood, we had to know more. 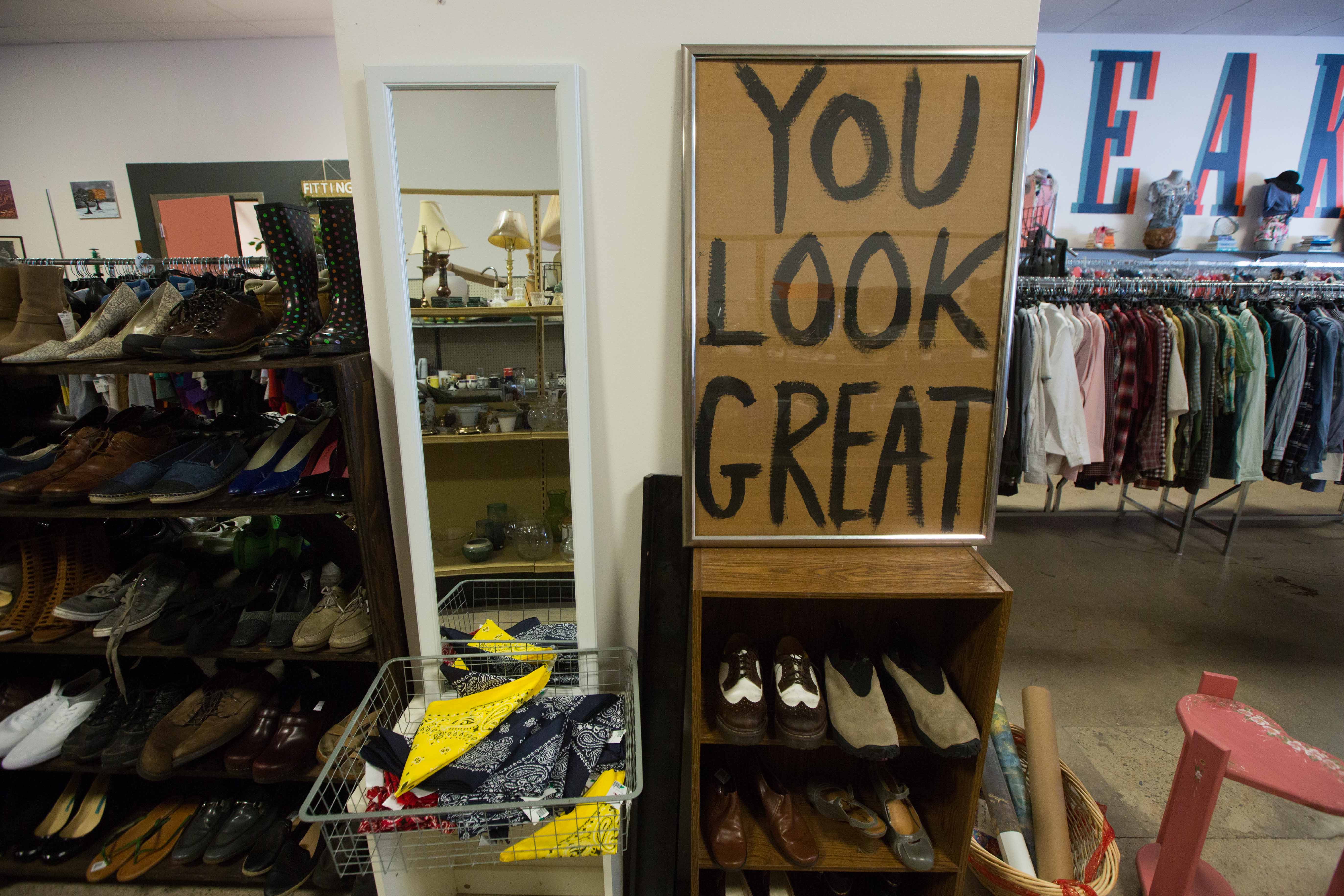 Peak Thrift opened in January 2016 as a social enterprise of Urban Peak, which was founded in 1988 to provide shelter, housing, education and employment programs for youth ages 15 through 24. Surprisingly, fashion is also an important component of Urban Peak, because aside from the thrift store it hosts an annual fashion show called Urban Nights. The annual event, dubbed Colorado’s largest outdoor fashion show, raises funds for Urban Peak and the homeless youth it supports.

Peak Thrift employs such youth by giving them work experience and encourages them to be self-sufficient. A prime example of a Peak employee is Jethro Black. Black became homeless in June 2016, when his parents rejected him based on his gender identity. Thankfully, his former high school teacher eventually stepped in and drove him to Urban Peak. “I found Urban Peak online and thought it would be the perfect place for me, because they are so inclusive,” said Black. “I knew they would give me the skills to get a job, and there was a chance I could get my own place and not live on the streets.” 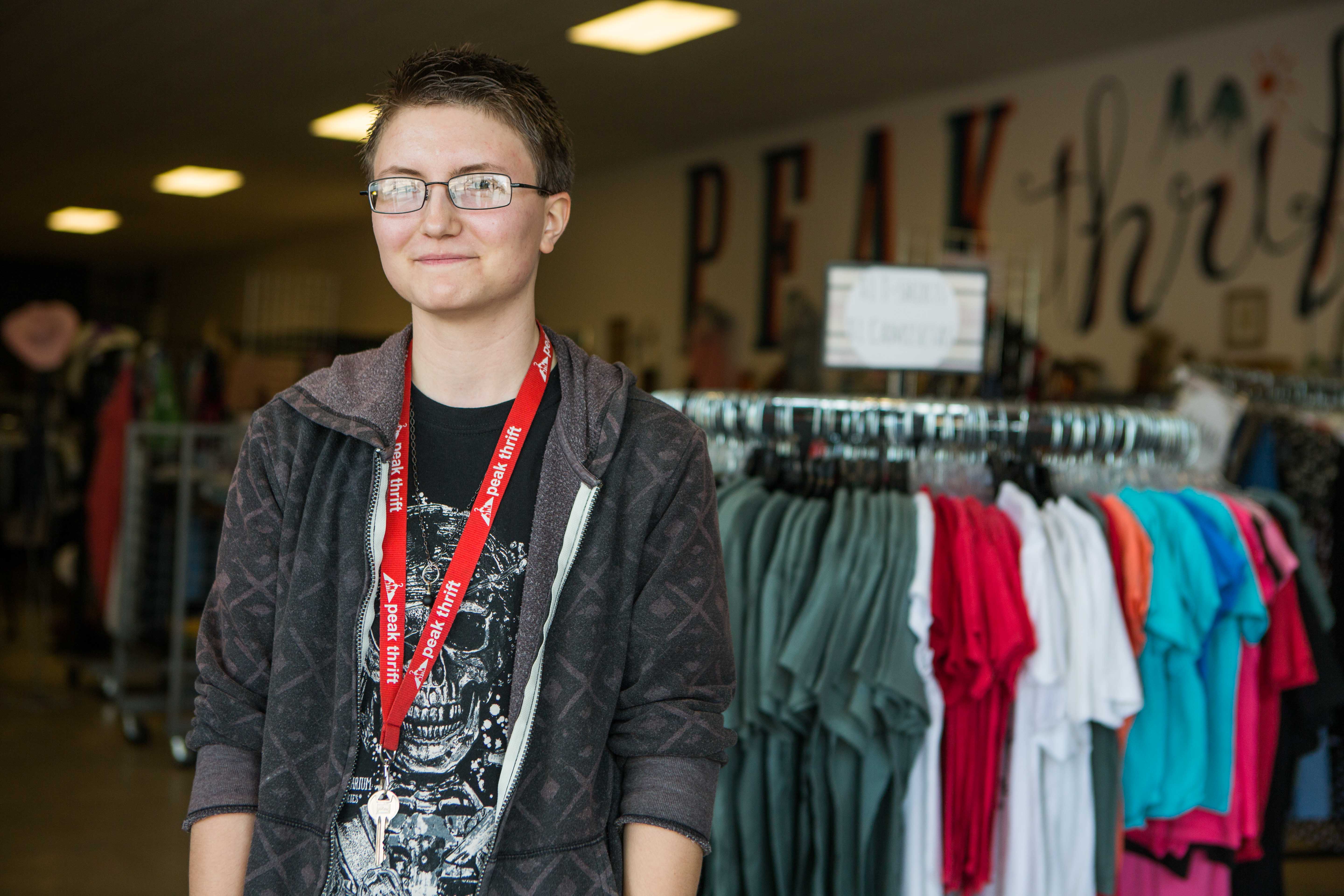 Jethro Black is one of many youth saved from homelessness by Urban Peak’s programs.

When Black talks about Urban Peak’s education process and the experiences he’s had, he describes the people who surround him, like his case manager, the staff and his peers. He mentions them by name, and has examples of how they have impacted his life. Each one has been a crucial piece of the puzzle that makes Black so put-together today. “If we could clone Jethro, we would,” joked Chris Venable, education and employment supervisor at Urban Peak and manager for Peak Thrift. “He is truly exceptional, and one of the best success stories we have.” Venable explained that Black was so introverted when he started the programming Urban Peak offers, that he would have hidden rather than speak to anyone. Now, he works at Peak Thrift, helping to manage the store and train new employees. “I don’t think we fully conceived of the impact this social enterprise we’ve created has had prior to doing it,” said Venable. “Youth who’ve gone through training here successfully apply the skills in everyday life.” 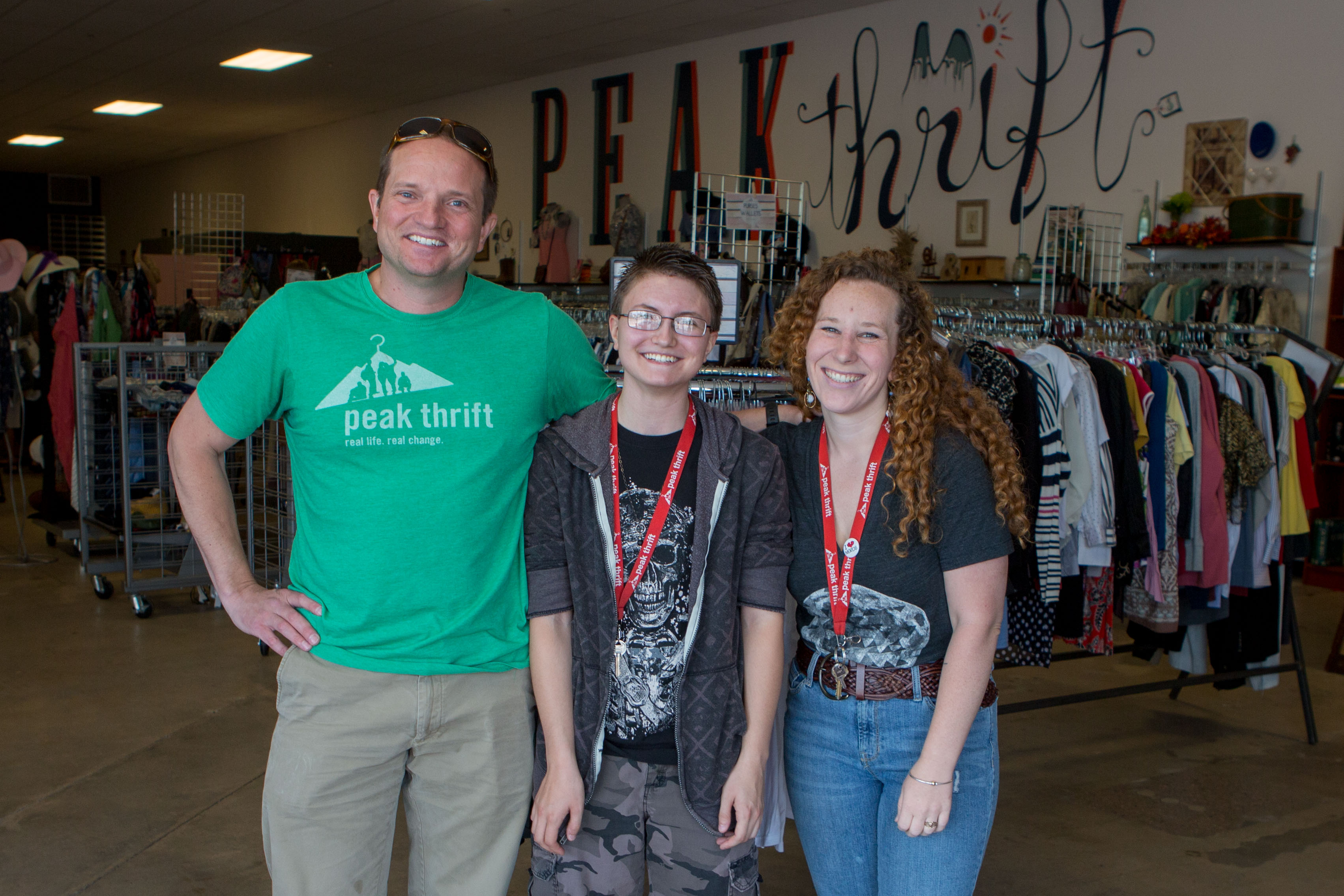 All of this was made possible by a recent $200,000 grant Urban Peak received from Bank of America via their Neighborhood Builders Award. “The progression and impact of Peak Thrift was definitely a large determining factor in our decision to grant Urban Peak with this funding,” explained Jodi Rolland, Colorado state and Denver market president for Bank of America. “We believe in the organization’s mission to advance workforce development skills and ignite the potential in youth to exit homelessness and create self-determined, fulfilled lives.” Urban Peak joins other notable organizations that have greatly benefited from Bank of America’s grant program, like Habitat for Humanity of Metro Denver and Big Brothers Big Sisters of Colorado.

The future looks bright for Peak Thrift. “Our goal is to not only maintain this location,” explained Venable. “We’d like to figure out how to expand this program to Boulder and Colorado Springs to increase opportunities for struggling youth there.” We can attest to the fact that the store’s selection of high-end brands at minimal prices makes it the perfect place to score serious deals, but that’s only the beginning. Revenue from the store supports Urban Peak’s honorable mission to save kids just like Black from homelessness. Black also has a promising future, now that he can think about what he wants to be, not where he is going to sleep every night. “I want to go to college and maybe become a teacher,” he said. “Maybe music, or I’ll be a high school English teacher to inspire people to write, or maybe I’ll become a writer.” Sounds good to us. 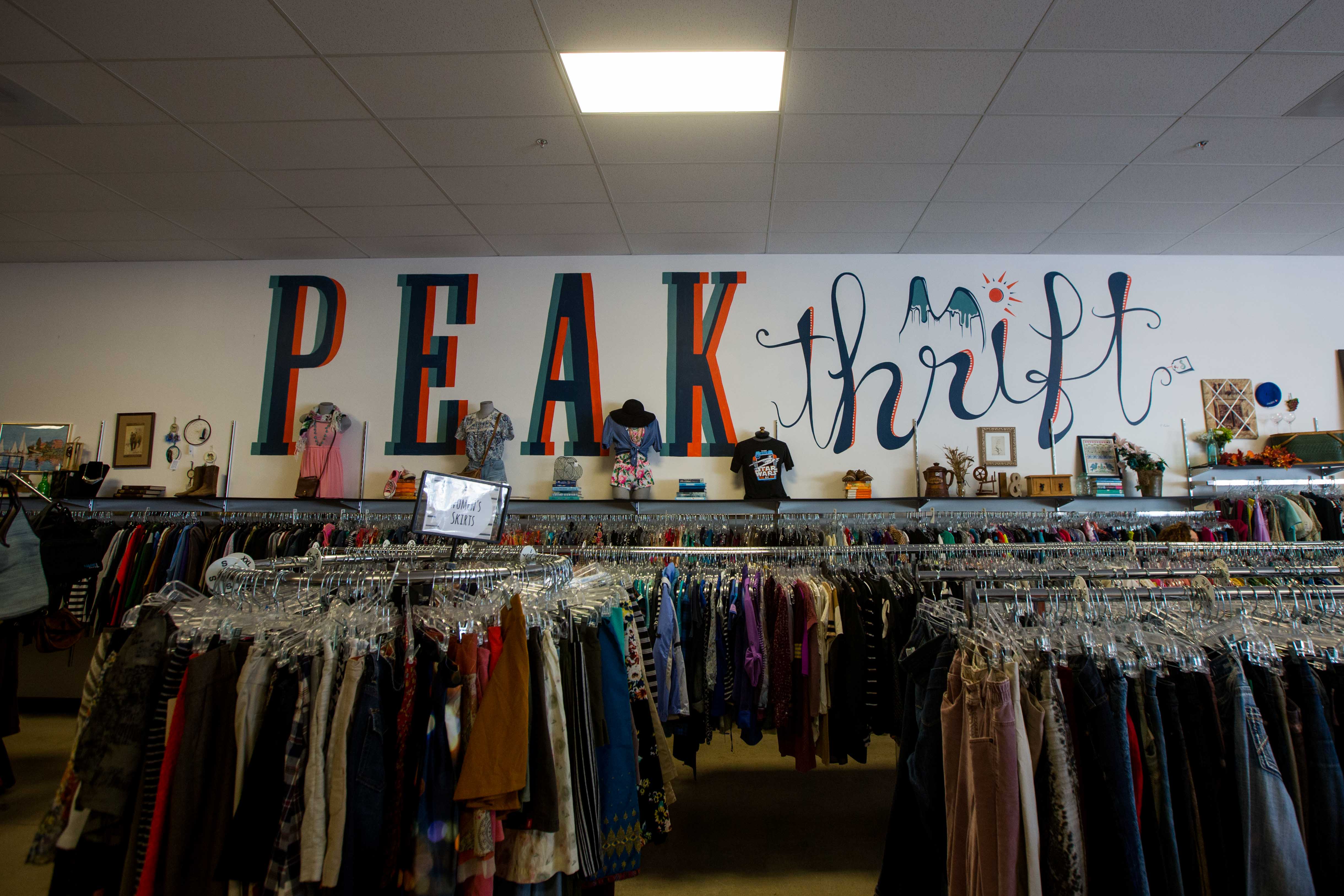