After a two night run at Fiddler’s Green Amphitheatre, Jack Johnson admitted that he enjoyed the second night’s crowd more than the first one. Upon hearing this, us second-nighters gave the love right back. Johnson’s second performance on July 14 proved to be a textbook example of what you would expect a Colorado show to be like. Call it the “vibes on the Green” or call it the “vibe of the green,” people bonded over music and strangers became friends.

The gentlemen of Jamtown set the tone of the evening with their laid back slow jams. A number of the members in Jamtown also doubled as Johnson’s “special guests” during the headlining set. Jamtown’s music slightly blended into the background noise of Fiddler’s Green and at times it seemed the band did not elicit a huge response in the crowd. The audience eagerly awaited Johnson, however, this did not prevent the folks in the front from jamming and dancing along to the openers. Jamtown’s style and image were also notable. Their ages appeared to range from two different eras, but their style and musical abilities flowed together. 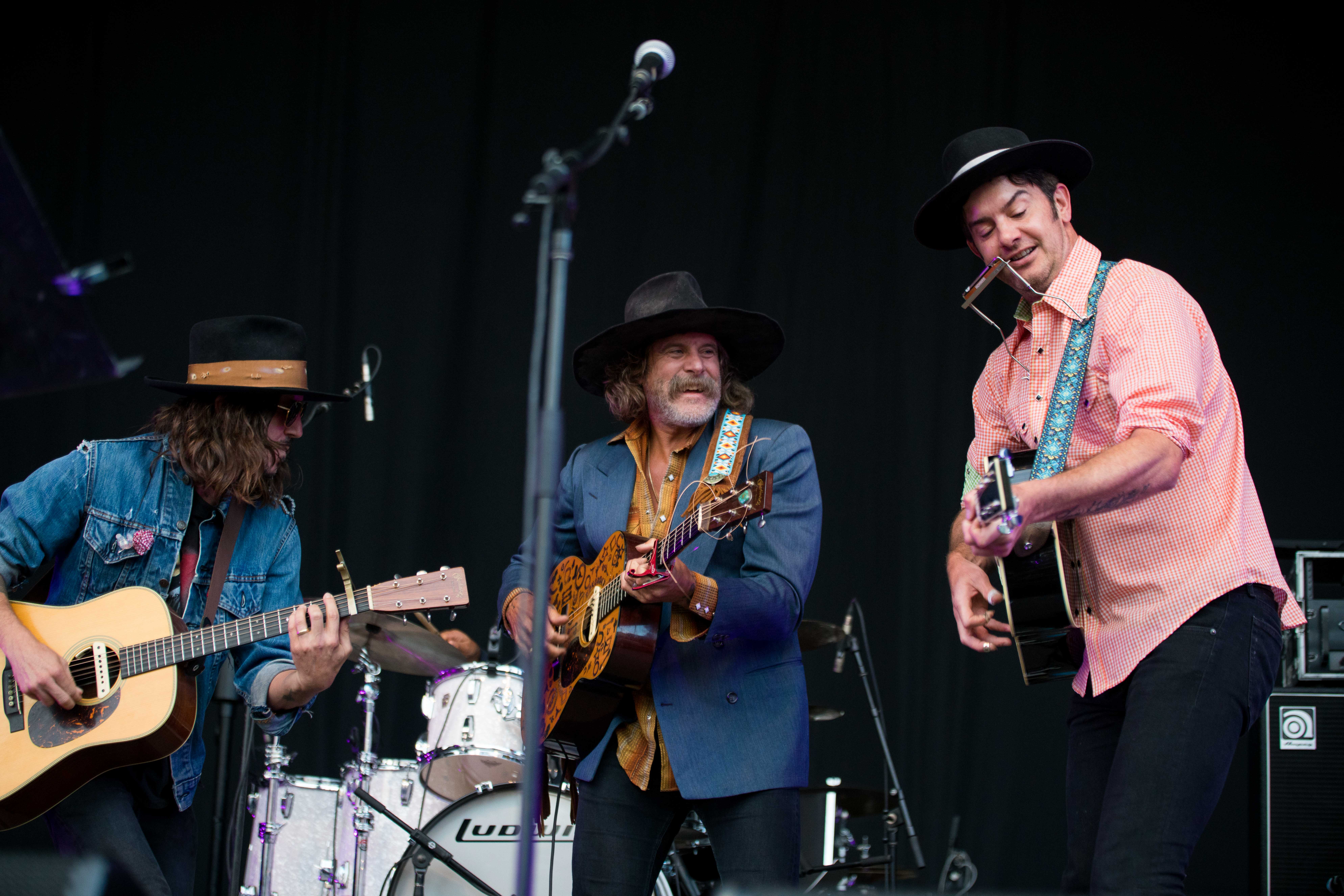 Following Jamtown’s set, the sun had fully fallen and the patio lights connecting the stage with the crowd began to shine. And then, Johnson began to play. The often unpredictable Colorado weather kept up perfectly with his set. The night was cool and pleasant. The stage set up wasn’t flashy or very complex and the instrumentation followed this pattern as well. The simplistic layout of the show added a genuine aspect to the experience as a whole. Johnson was very comfortable on stage. When he confidently walked out with his band, the man was immediately in command of everyone’s attention. The overall sound mix of Johnson’s band worked seamlessly. Each of the instruments resonated equally. You could hear each and every one individually without the need for earplugs to drown out some loud guitar or an ear-numbing bass (although, you should always wear earplugs at concerts). 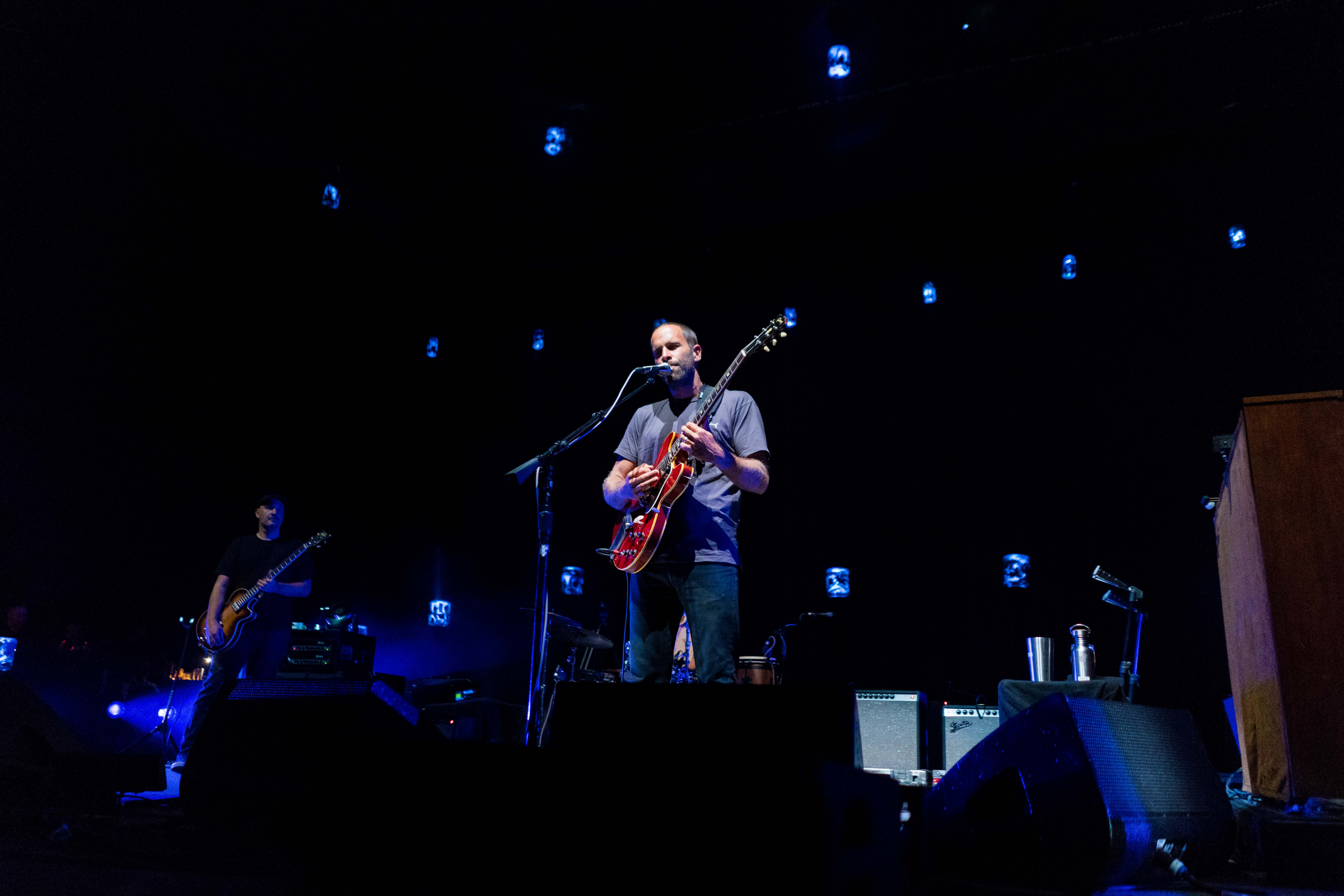 Johnson’s banter between songs was refreshing. Rather than the traditional, “Thank you (insert city here)” model, Johnson told us the stories behind some of his classic songs and humored us with his interactions with his band mates. He even made a few mistakes during his set. Despite occasionally forgetting a few chords or starting to sing the wrong verse — two things that normally go unnoticed by the audience — he laughed it off and turned the mistake into a comical feature. Johnson’s entire performance was genuine down to the core.

Catering to all Johnson fans, the set list covered both the old and new. “Sitting, Waiting, Wishing,” “Banana Pancakes,” “Good People,” “Tape Deck” and his most recent single “My Mind Is For Sale” came together for one wholesome set. The instant the music began at Fiddler’s that evening, strangers exchanged smiles and handshakes. From younger kids, to older adults, everyone was unified. Johnson had nearly everyone singing and smiling throughout the night. It’s safe to say that Johnson brought his lovable island rock sound to landlocked Mile High City. 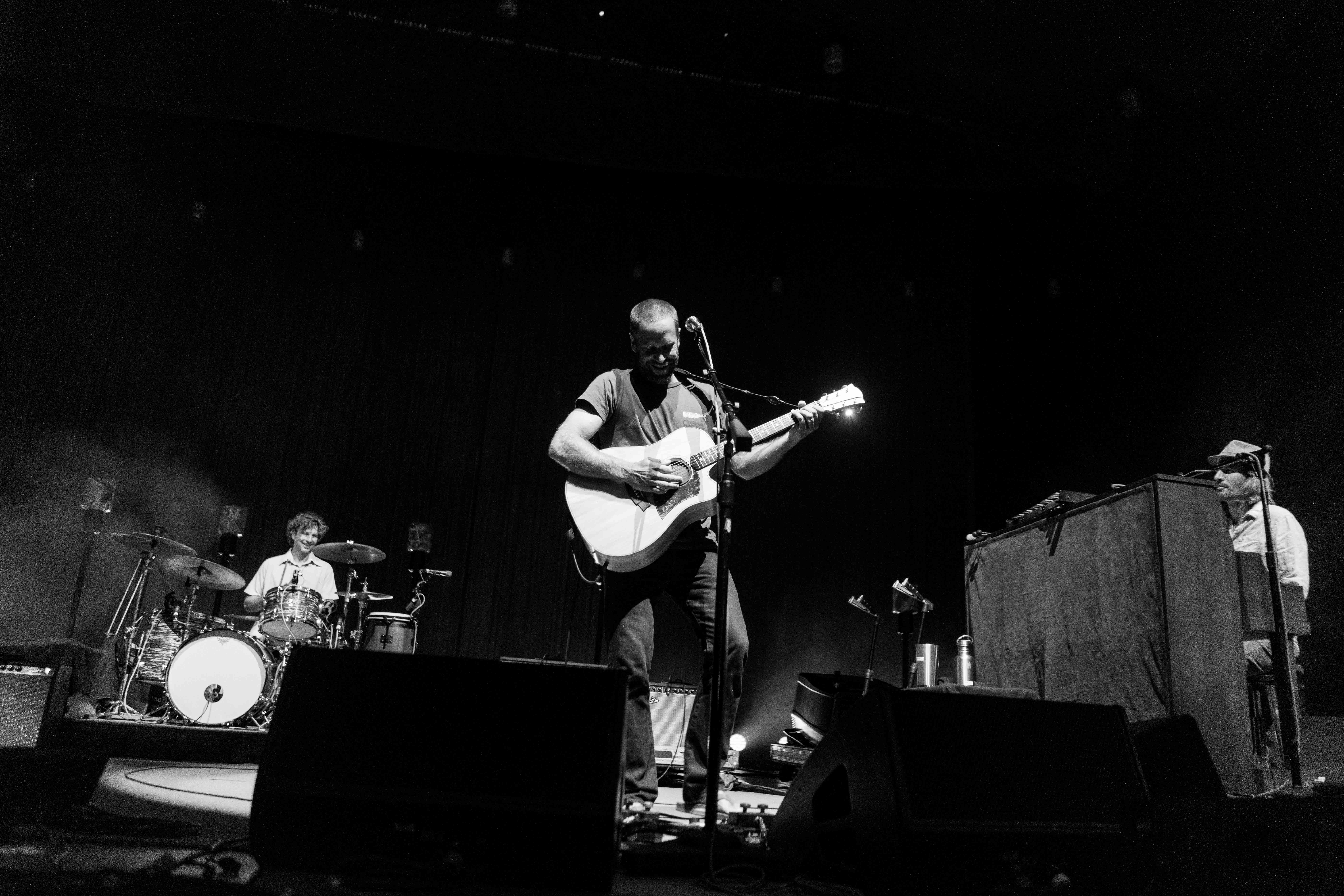 All Photography By Meg O’Neill