Red Rocks is is a perfect haven for bluegrass fiends. Beer, hippies and the outdoors make the essential cocktail for good, old fashioned Colorado get down. Friday night provided an ideal showcase of this cocktail, with an all-star lineup of Keller and the Keels, Leftover Salmon and Railroad Earth. 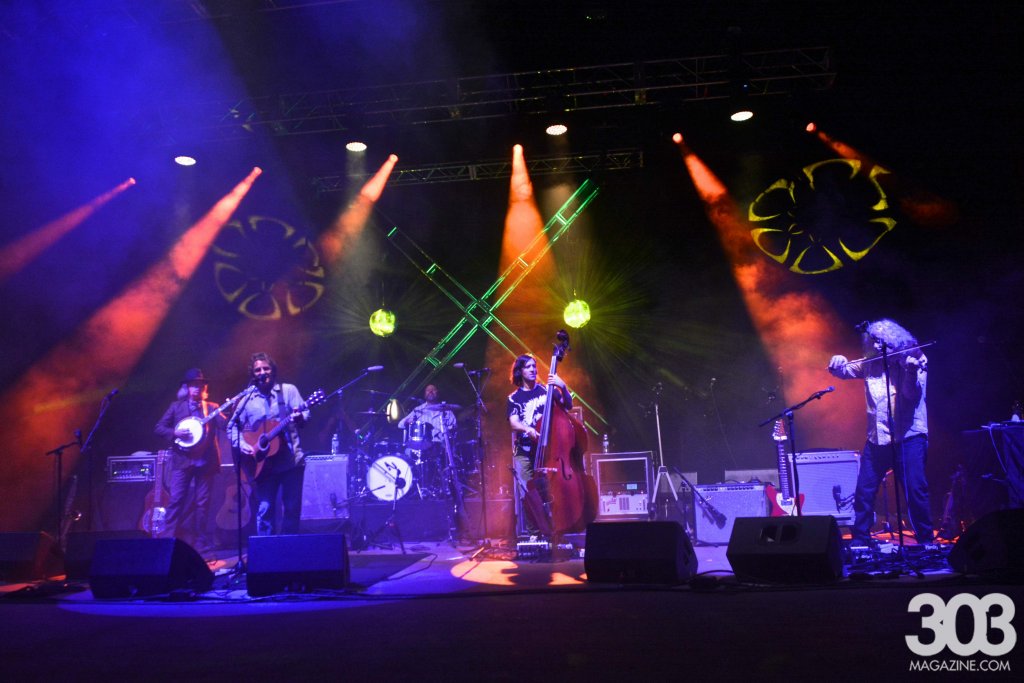 Despite the weather being sad and gloomy, the night was riddled with excitement. The box office was a frenzy, backed up into the hectic streets that run like veins through the park. As the cars pulled into the lots, the Red Rocks staff passed out the new EP from Railroad Earth Captain Nowhere. Slight rain did not keep the crowds of people from heading in on time, the show began at 7 p.m. and nearly every seat was filled by the end of the first act, Keller and the Keels. The group, obviously led by Keller Williams, were at one point joined by Tim Carbone from Railroad Earth and Andy Thor from Leftover Salmon.

Just before eight, Leftover Salmon came out and got the audience to rowdy up a bit. The five musicians lined the stage with their respective stringed vessels — some barefoot — ready to get their fans moving and shaking. “Liza” really got the dancing started and the furious banjo solos made sure it didn’t stop. “Troubled Times” played to many voices, as well as a sign language interpreter, singing along with every word. “Whiskey Before Breakfast” and and a cover of Supertramp’s “Take the Long Way Home” were the perfect sounds to the sways of the crowded audience. The beloved Leftover Mascot even made an appearance: Mayor of McCheese, or the 40-pound cheeseburger seen sitting atop an amp at their show.

Carbone once again joined the stage, along with Williams on the washboard and several other musicians. “Festival!” Herman yelled out, as he is always expected to do. As the band wrapped up their spectacular finale, they announced each member of the band. Just after 9:30 p.m., they were finished.

Not wasting any time, the headlining act found their way to the spotlight right at 10 p.m.. Right off the bat, Carbone proved that although he had already performed several times, he had yet to bring his heat. His solo on “Seven-Story Mountain” was enough for the band to pack up within the first ten minutes. Of course, they didn’t. 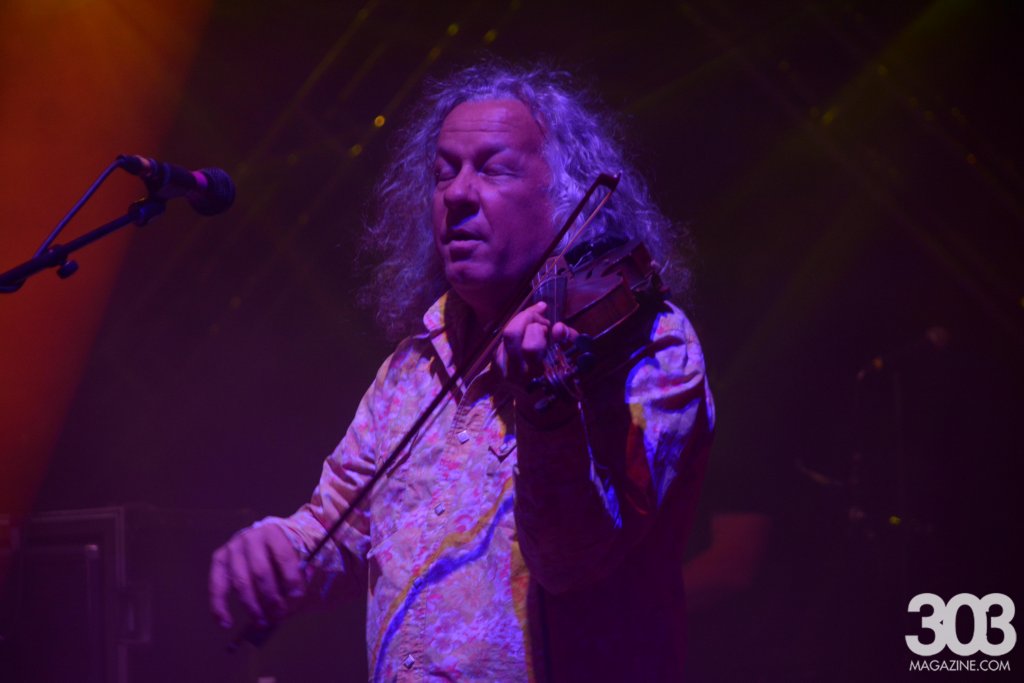 Todd Sheaffer jammed “Long Way to Go” for an extended length of time, after which the group announced Captain Nowhere and performed “Adding My Voice” off of the EP. The next tracks were a bit funkier, with “Walk Beside Me,” the cult favorite “Mighty River” and “Captain Nowhere.” At 11:55 p.m. the band rounded out a spectacular jam and headed off stage. With the expectation of another performance heavy in the air, the group returned to announce that they would not be able to go on, that the midnight curfew had come to cut them off. Railroad fans were not concerned, the band performs in the area multiple times a year, and are sure to be back at the Rocks next summer.

Check out our full gallery from the 2016 Railroad Earth Red Rocks show by Will Sheehan here.