Upon entering the Fillmore on June 6, it was immediately apparent just how sold-out this show really was. The wall-to-wall sea of fans filed in with anticipation to hear the band Modest Mouse. As the audience cheered out in excitement, the lights dimmed and an audible hum that resembled the fluttering wings of a bee began to drone. As minutes passed the uncomfortably intense hum of the presumed winged insects ceased, and the silhouettes of musicians came into view. Frontman Isaac Brock began the unmistakable strumming of “The World at Large.” Center stage and bathed in streams of blue light, he began to sing the track’s mnemonic lyrics. Infamous for their capacity to amalgamate profound emotional libretto, there is no doubt in my mind that the opening track stirred up fan’s bygone nostalgia. 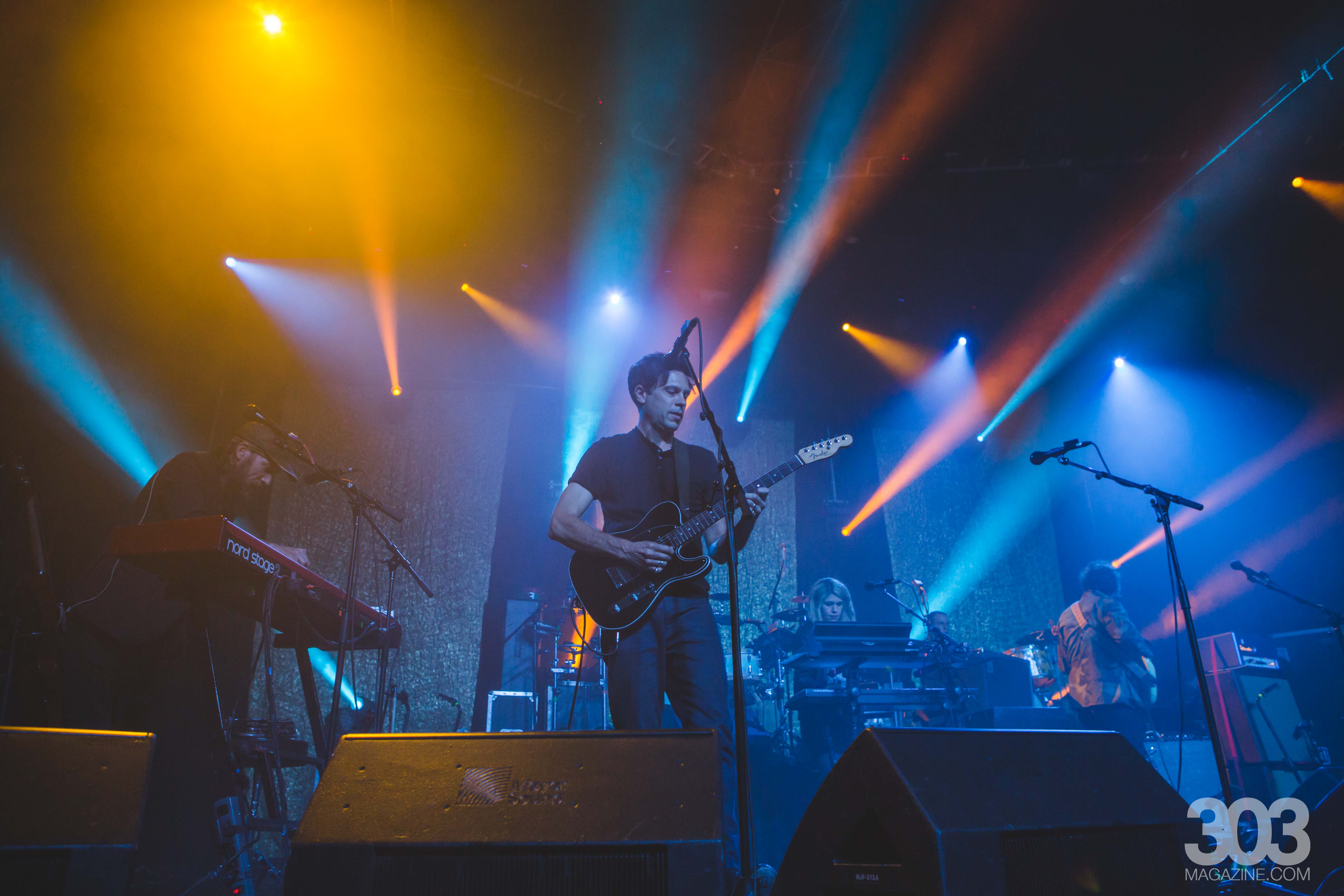 The band continued with songs “Missed the Boat,” “Sugar Boats,” “Dashboard” and “The Tortoise and the Tourist.” Both novice and well-rehearsed patrons danced along seemingly baffled to be in the presence of the renowned musicians. Having heard unfavorable rumors of past performances – such as prematurely concluded sets and disappointing quality of live production – I was unsure of what to expect. But as I stood in the crowd, fixated on the stage, I sensed the Fillmore would experience no such misfortune. 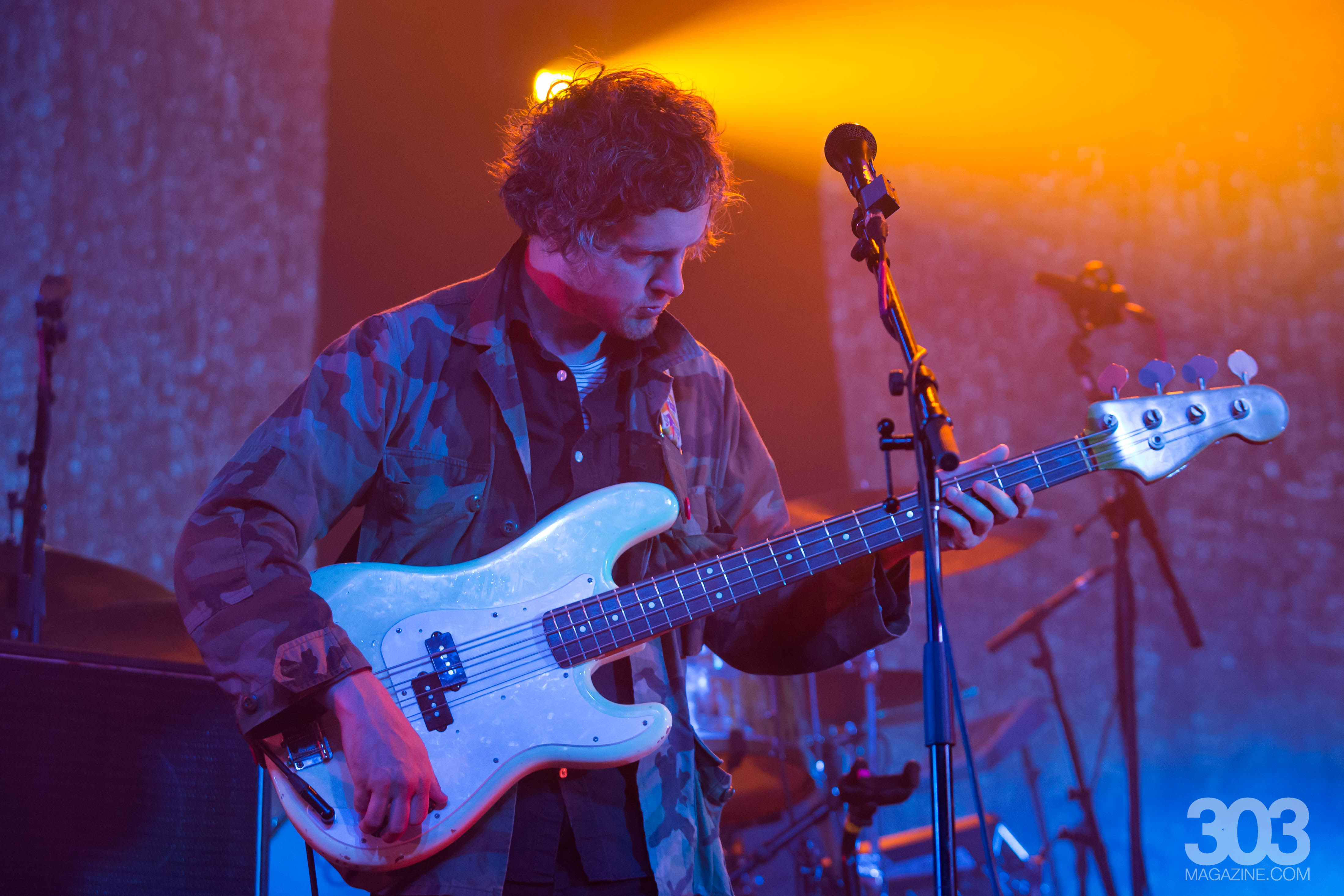 Following the conclusion of their fifth song, they continued through their set with a vitality I wasn’t sure we would get to see. Performing “All Night Diner,” “Paper Thin Walls,” “Satin in a Coffin” and ”King Rat,” the audience had yet to diminish in exuberance and seemed only to increase in vibrancy. As they ended the song, the band quieted into transition, Brock once again took center stage and began the introductory strums of “3rd Planet,” one of their most popular songs off of The Moon & Antarctica. 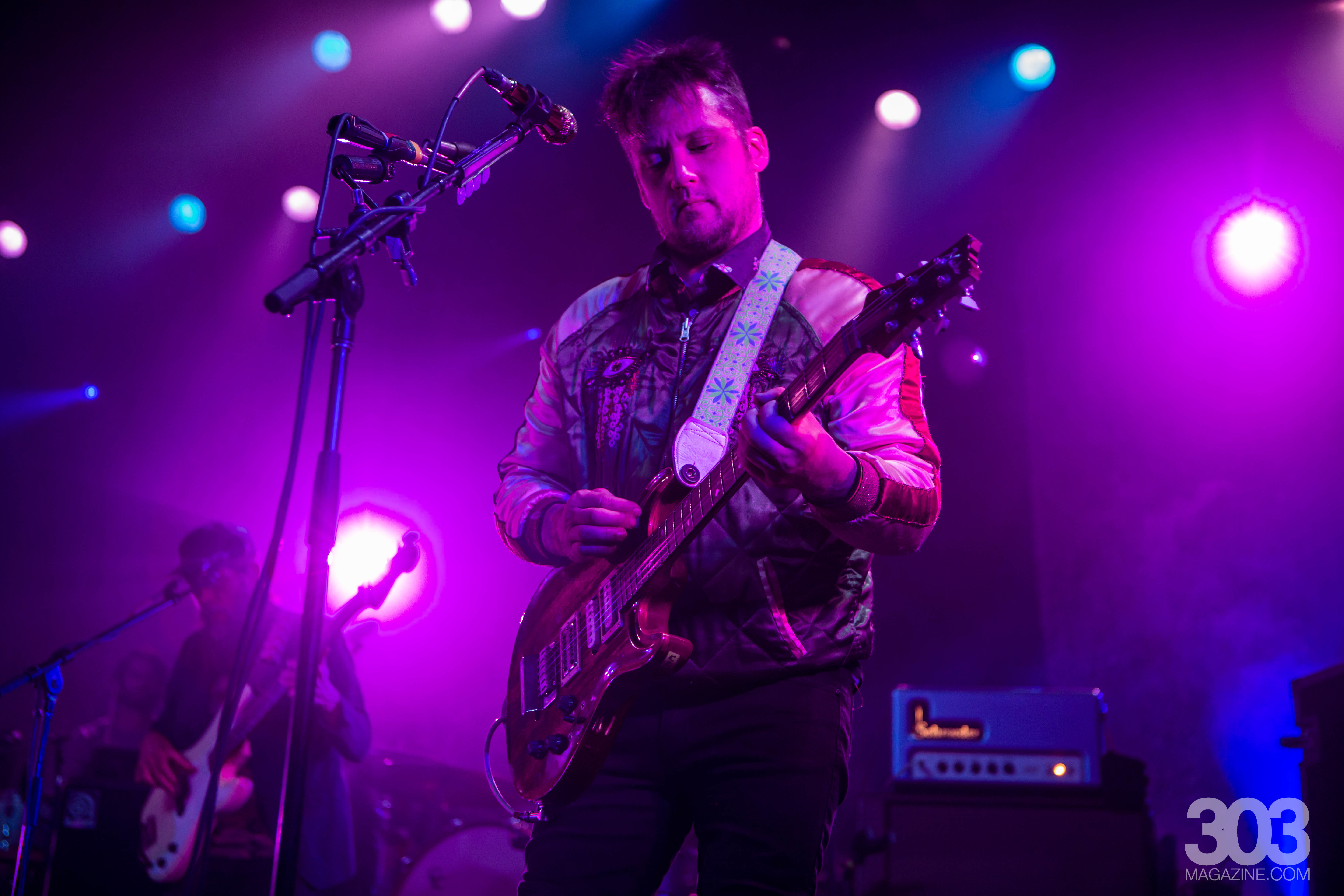 The band progressed song after song with very few breaks in between. Audience interaction was sparse, though Brock took a few moments to thank the crowd for coming out. After his brief remarks, they performed incredible live versions of “Lampshades on Fire,” “Doin’ the Cockroach” and “Broke.” As a distinct cowbell commenced the opening “Float On,” the crowd roared with a revitalized intensity. The track from Good News for People Who Love Bad News was undoubtedly the hit that propelled the band into the mainstream music scene. 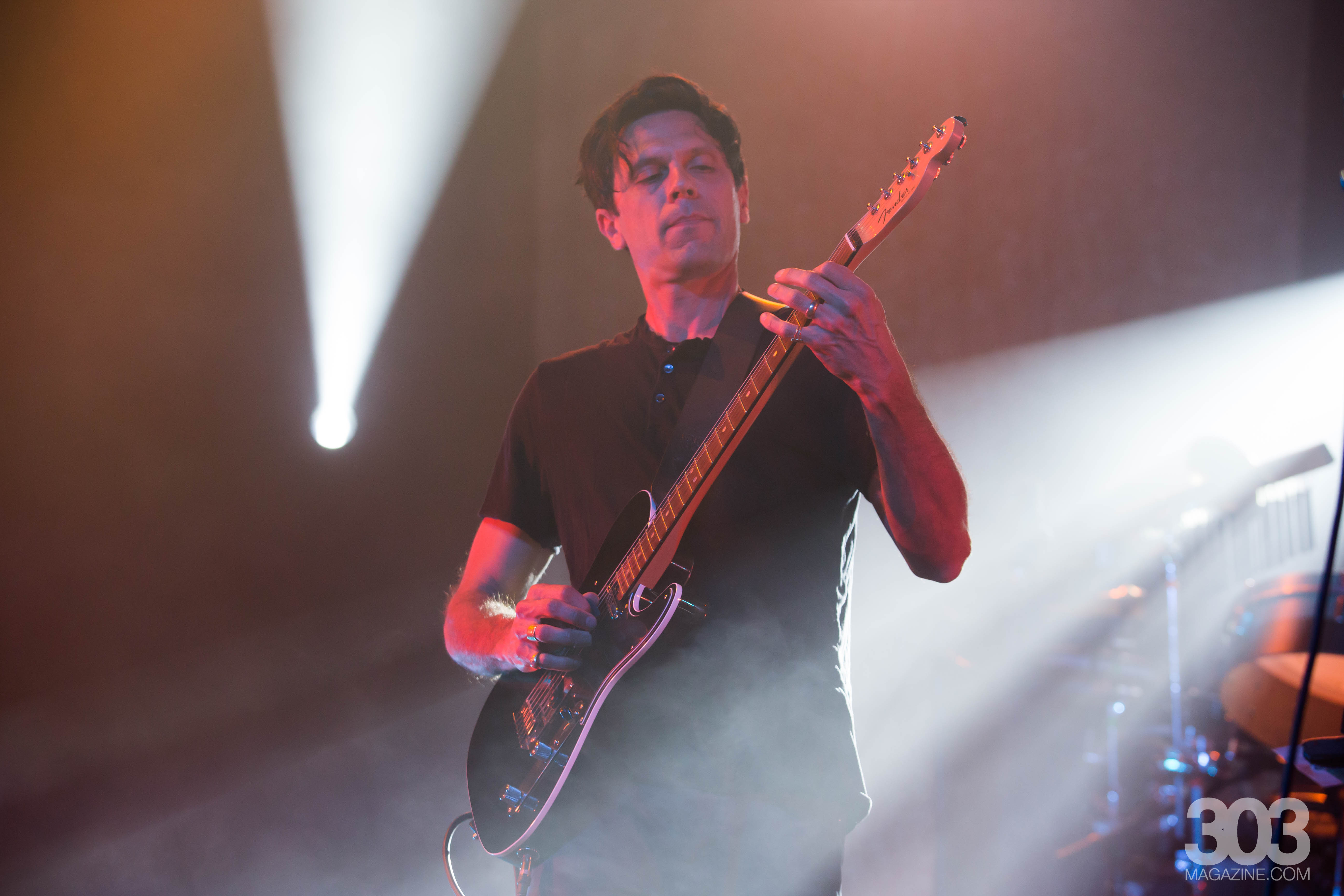 The band closed out their set with “Tiny City Made of Ashes,” a favored track from The Moon & Antarctica. The song, in conjunction with the album, reeled on the edge of alternative and experimental – the direction Modest Mouse took with their third LP. The grunge-like element of the track seamlessly translated on stage with band members madly pacing and howling the fiercely into their mics. The band exited the stage and without hesitation, the crowd chanted for an encore. After a few unsettling minutes, they headed back out on stage. They proceeded to play “Education,” “Cowboy Dan,” “Ocean Breathes Salty,” “Never Ending Math Equation” and “This Devil’s Workday” – all of which were backed by a phenomenal light show and ever-changing geometric screen projection. 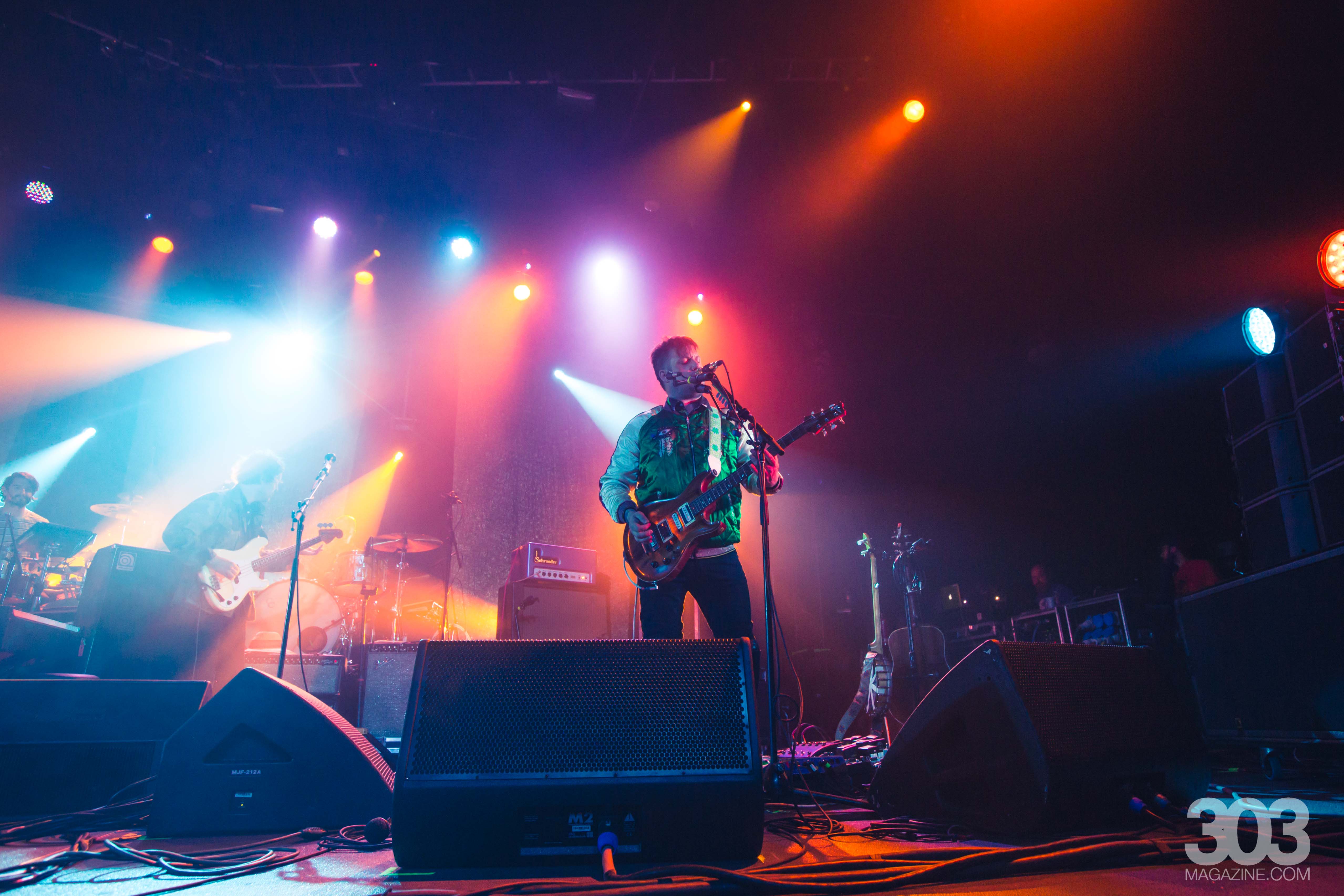 Everyone has a band they get nostalgic about, whether that be songs or an album from an era passed or tracks that make you remember the good ol’ days (or not so good ol’ days). And for many of us, Modest Mouse is just that. Despite the 2011 departure of bassist Eric Judy – one of the three original band members – the group seemed to maintain the vision and quality of music they worked so hard to give us. I think fellow attendees would agree when I say that their performance at the Fillmore truly elucidated just why we fell in love with Modest Mouse.