Review – Paul Simon Graced Us With the Music of a Generation

We were graced this past Wednesday night with the presence of Paul Simon, rock music legend and pioneer of 60’s folk culture. It was an evening with a man who helped spearhead the music culture of the ’60s and ’70s alongside his musical counterparts, and at age 75 he still sounds as he did circa 1964. For over two hours, attendees were treated to what many consider the sounds of their youth, with much of Simon’s music having long been considered the anthem of a generation. It’s not often that I find myself as one of the youngest in attendance at a concert, but this night was one for folks my parent’s age, and they predictably sold out Red Rocks months prior to the evening’s performance. 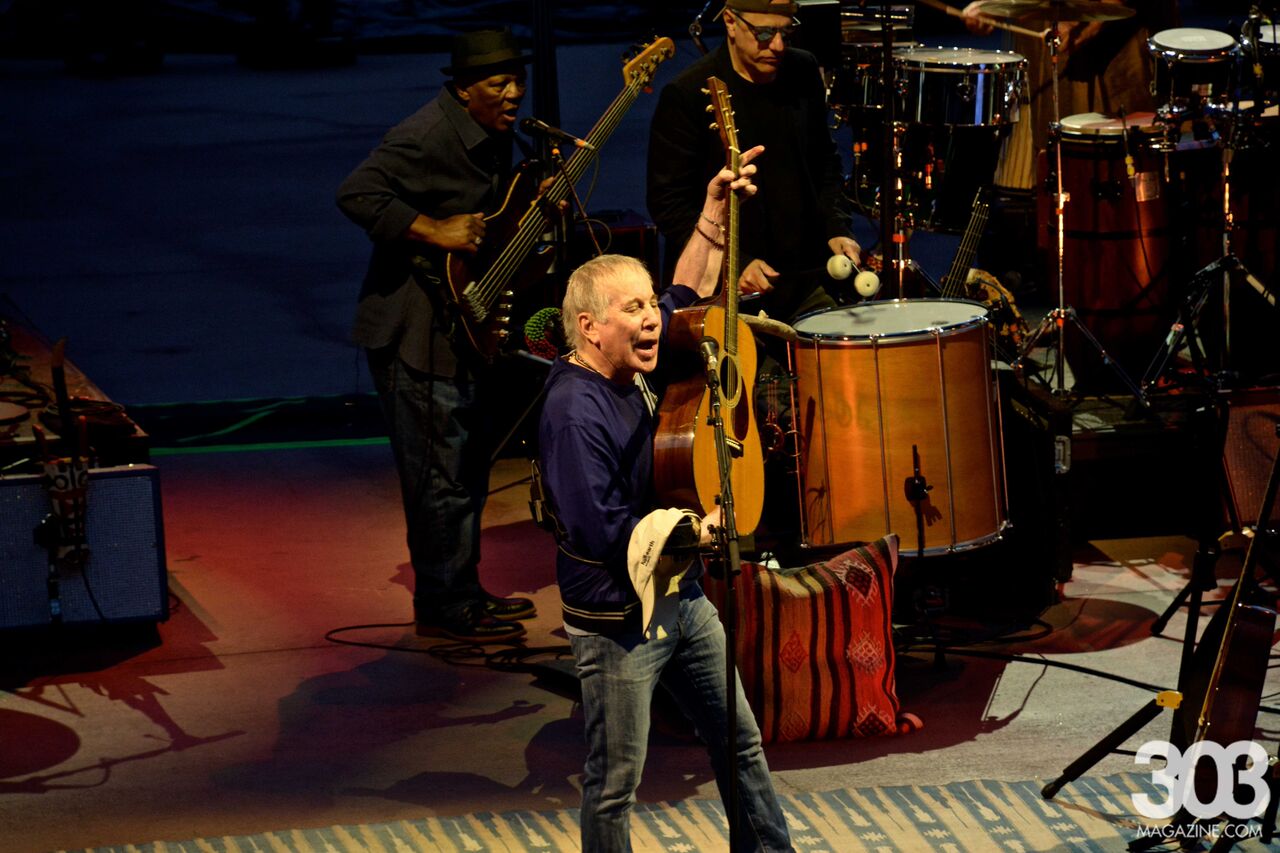 At promptly 8:15 p.m. and with no opening band necessary for a man of his stature, Simon began the evening with “The Boy in the Bubble” from the Graceland album. This was a measured start, not too much and not too little, easing the audience into the evening’s festivities. The accordion heard throughout the tune was one of many things that sets Simon’s live band apart from the rest, the touch of zydeco getting the crowd geared up for dancing. The brass trio that flanked the band kicked off “50 Way to Leave Your Lover,” with Simon crooning those last elusive words of the song, “Get yourself…free.”

Next came the soft-sung “Dazzling Blue,” one of Simon’s more recent tunes and a fitting transition into a mid-set speech from the man himself. “I could not ask for a more beautiful night,” Simon expressed before playfully inquiring to the audience, “Is it like this in the winter, too?” He then invited his audience to get up and dance — “Please, enjoy yourself, but know the guy behind you might not be on the same spiritual level as you” — all to the joyous laughter of the sold-out crowd. 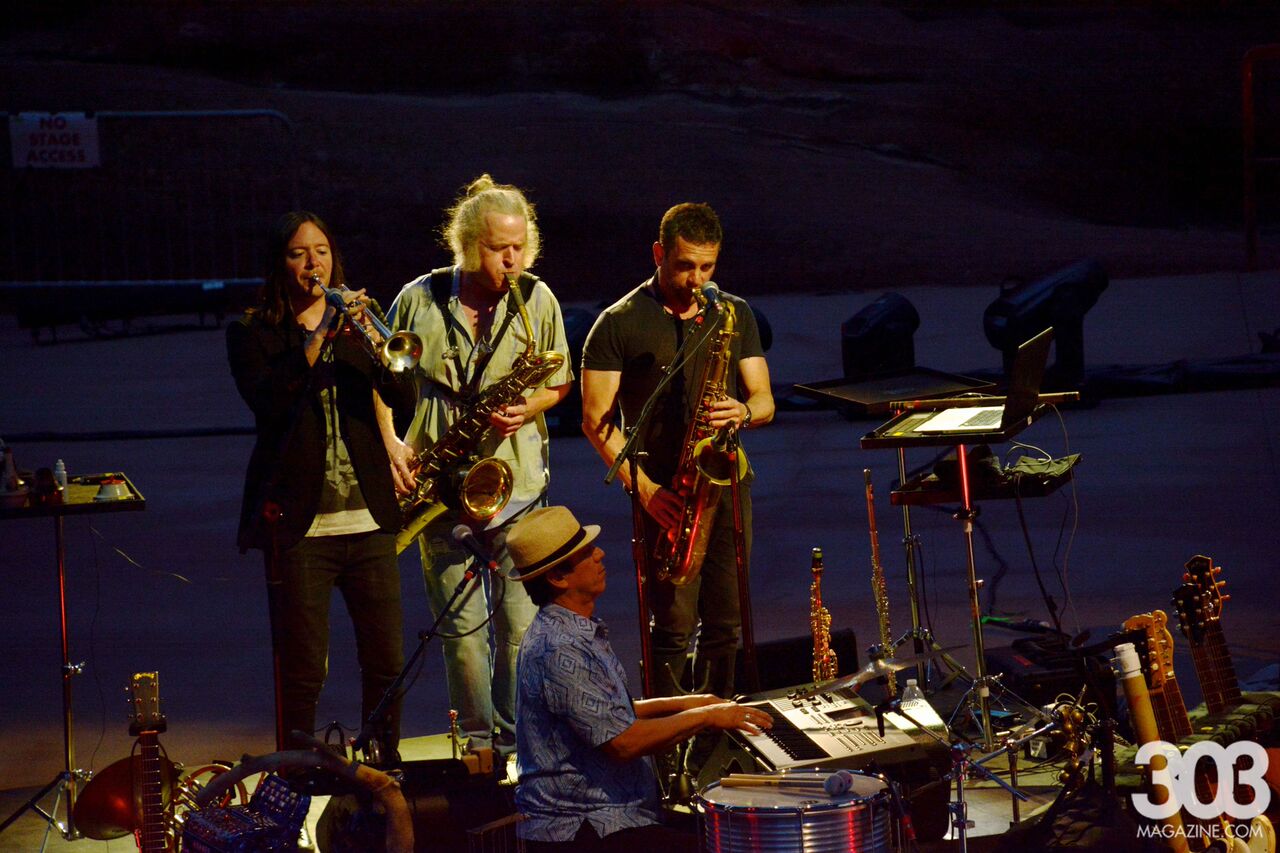 Simon and his band performed hit after hit, including the Cajun tune “That Was Your Mother” — including solos from the sax, according and washboard — and 2011’s “Rewrite” before bringing the crowd to a roar with “America.” The first of several standing ovations this evening came during the closing notes of the legendary tune. Simon took no time to recover before jumping into two fan favorites, “Mother and Child Reunion” and “Me and Julio Down by the Schoolyard.” The house lights came up for a moment during the latter of the two songs to welcome yet another standing ovation from the elated crowd.

If anyone has experienced Paul Simon in concert before, then you know the guy is big on storytelling. Not just the title of the song, but a lengthy tale of adventure and and ayahuasca-induced euphoria in the South American rainforest. This bout of storytelling introduced two adjacent songs, “Spirit Voices” and Obvious Child.” 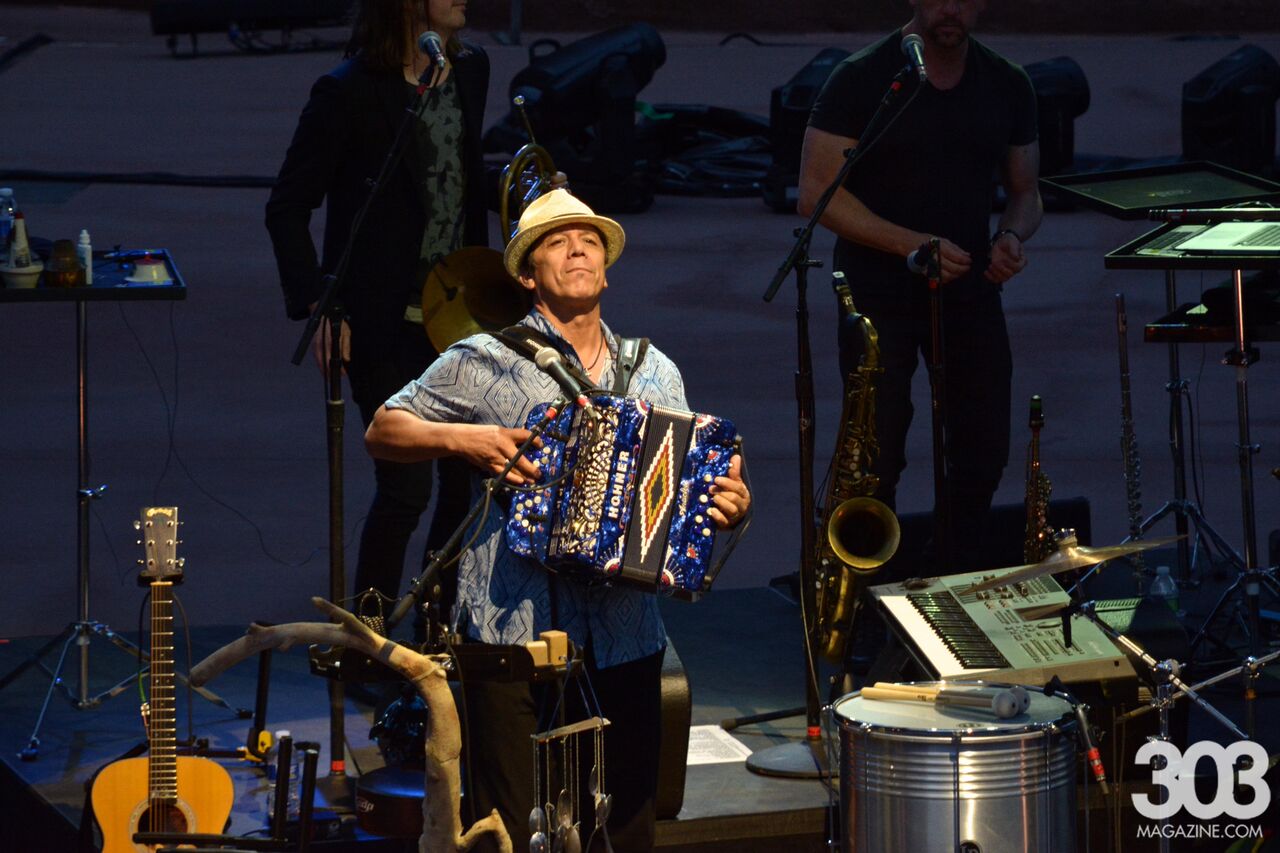 Though I could make the executive proclamation that the crowd this night was particular towards the classics, all artists need to bring their new music into circulation, no matter what age they are. Simon re-introduced his latest and 13th studio album before playing the album’s namesake, “Stranger To Stranger.” Simon & Garfunkel’s rendition of the instrumental “El Cóndor Pasa” was a hit, and Simon executed his version of “El Cóndor Pasa (If I Could)” with the accompaniment of his band, whom he then took the time to gracefully introduce, one-by-one. The last introduction was certainly not the least, but rather bittersweet — Simon’s bass player and “partner for the past 30 years…since the release of Graceland,” Bakithi Kumalo.

Without further adieu, the band ripped into “You Can Call Me AL,” where Kumalo was able to do himself justice and playing that legendary bass riff that falls during the middle of the tune. Inevitably, the lyrics were belted out by one and all when Simon leaned his microphone towards the audience before ending the song and taking his leave from the stage. 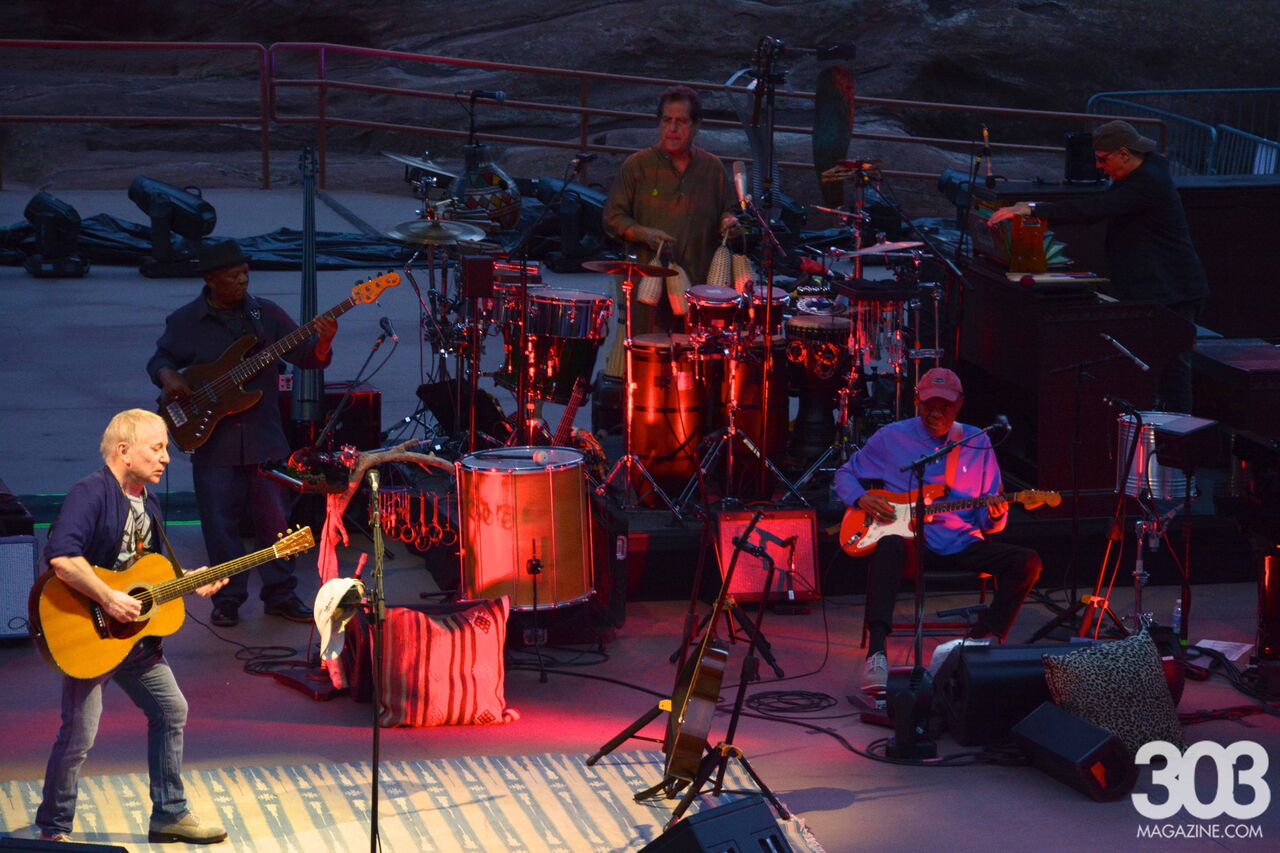 Alas! It was only 10 p.m., and what followed in the remaining 45 minutes would be an epic, seven-song encore. Stranger To Stranger‘s “Wristband” kicked off the encore, whereupon Simon turned to the crowd and asked, “Any requests?” A minute passed of noise and yelling before he reminded the delighted crowd in a teasing manner, “I don’t take requests!”  Naturally, “Graceland” was the choice for the next song, which after a brief jam transitioned flawlessly into “Still Crazy After All These Years.”

The band departed the stage once more before again returning for the last of two encores, which was comprised of a beautiful concoction of fast and slow. The jazz-inspired “Late in the Evening” came between “The Boxer” and “The Sound of Silence” to close out a star-studded performance under a star-studded evening. The live band and their leader took their group bow to the last and loudest standing ovation yet, and then came a distinguished yet modest bow from the man himself, Paul Simon.