LCD Soundsystem is Coming Back to Denver

[Update 6/17/17 at 4 p.m.] The show has been posted to the 1st Bank Center website but removed from AXS. Tickets go on sale Friday, June 23 at 10 a.m. and will be available here. Their two-night stay at Red Rocks in 2016 sold out in seconds so we recommend marking your calendars. There is no information yet on presale. Check back for more information.

If you weren’t able to experience the wonder that was LCD Soundsystem at Red Rocks last summer, redemption has arrived. Last night, AXS and Bandsintown listed a performance by LCD Soundsystem. The show will take place on November 11 at the 1st Bank Center. Whether it is a premature announcement like the Die Antwoord debacle or not is still up in the air. But the 1st Bank show is the only stand alone show that the band has announced aside from festival appearances and their seven-night residency taking place at Brooklyn Steel. To add to the excitement, the recently announced concert could be one of the first live shows to feature new music from the band’s first album in seven years. Time will tell if a full tour will encompass the Colorado date but this is exciting news for Denver. 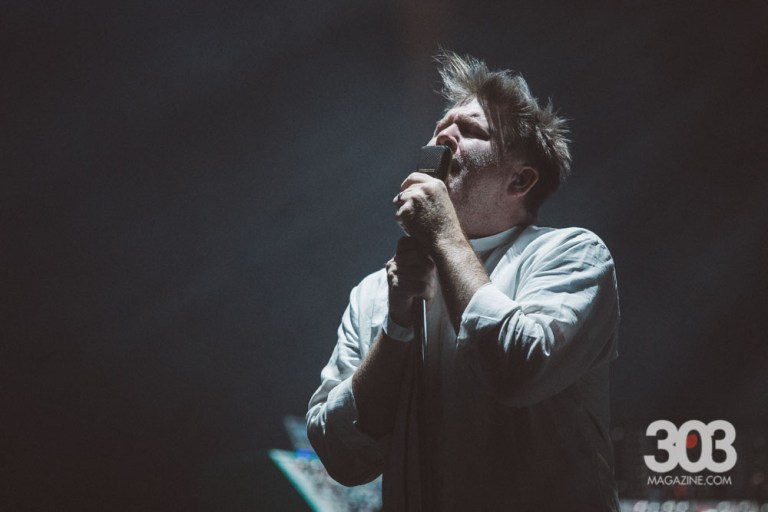 LCD Soundsystem recently released two singles from their upcoming album. “Call the Police” and “American Dream” are streaming now and have even been performed on Saturday Night Live. James Murphy recently announced at Sasquatch Music Festival that the full album has been completed. News as to when we can expect it is unknown, but we’ll see what’s said at the Brooklyn Steel which just kicked off.

Check out our review of the LCD Soundsystem Red Rocks show here.