PrideFest, The Denver Adventure and 19 Other Things to do in Denver This Week

With PrideFest, another round of Film on the Rocks, a Father’s Day comedy show and lots of new art installations and festivals, there’s plenty to do in Denver this week. Check out the Santa Fe Art District’s Art on Film Summer Series, compete in a giant scavenger hunt at The Denver Adventure or find out how to survive a zombie apocalypse. Whatever floats your boat, make sure you get out there and make the most of this week.

Film on the Rocks: Bridesmaids 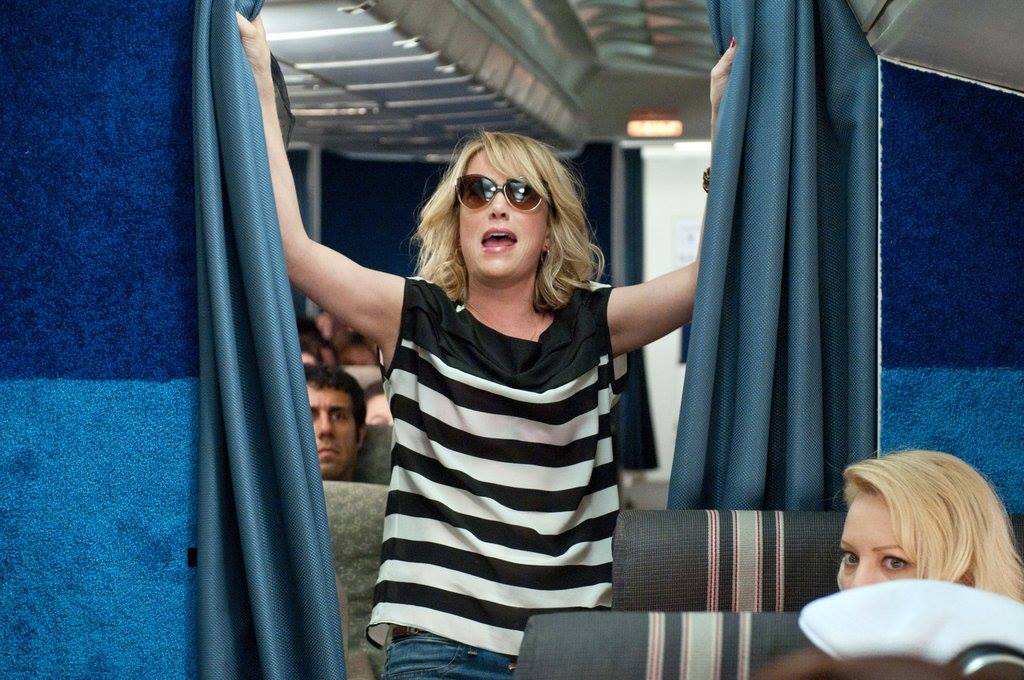 The Lowdown: It’s wedding season, so let the crazy set in with Bridesmaids. As always, start off the night with some great music by Edison and grab some snacks for your spot at Film on the Rocks. Then, cry laughing over this hilarious movie about over-the-top competition and female friendship, to which Annie will say, “It’s just… it’s the first time I’ve ever seen you look ugly… and that makes me kind of happy.” 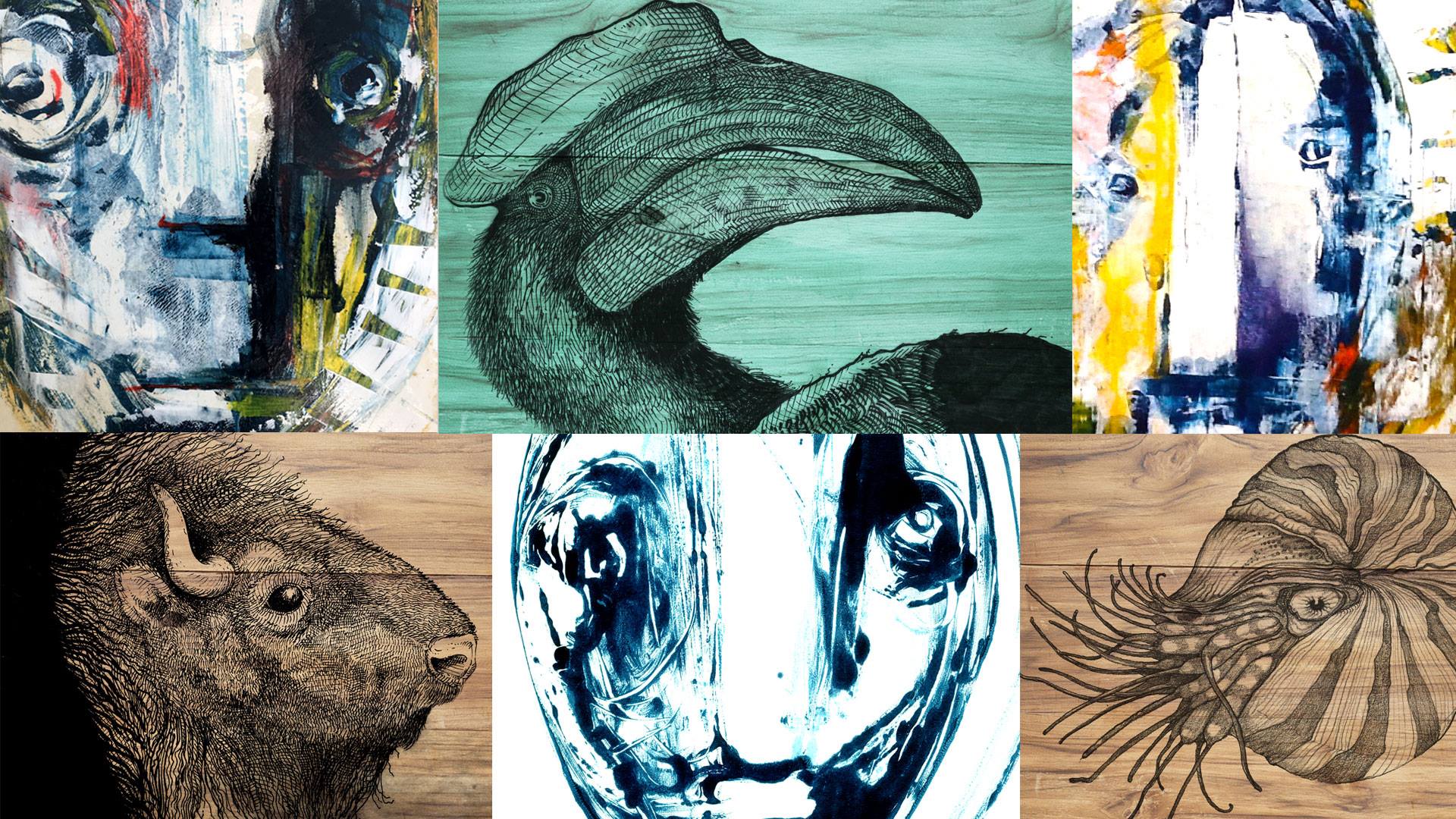 The Lowdown: Join Watercourse Foods for this month’s art opening. Meet and talk with artists J. Corey Woessner and Albert Stern, whose work will be on display over drinks, as you’ll be just in time for happy hour. Grab a cocktail and snacks and get a deeper look into these artist’s wide variety of work from illustrations and painting to healing works and multi-media designs. 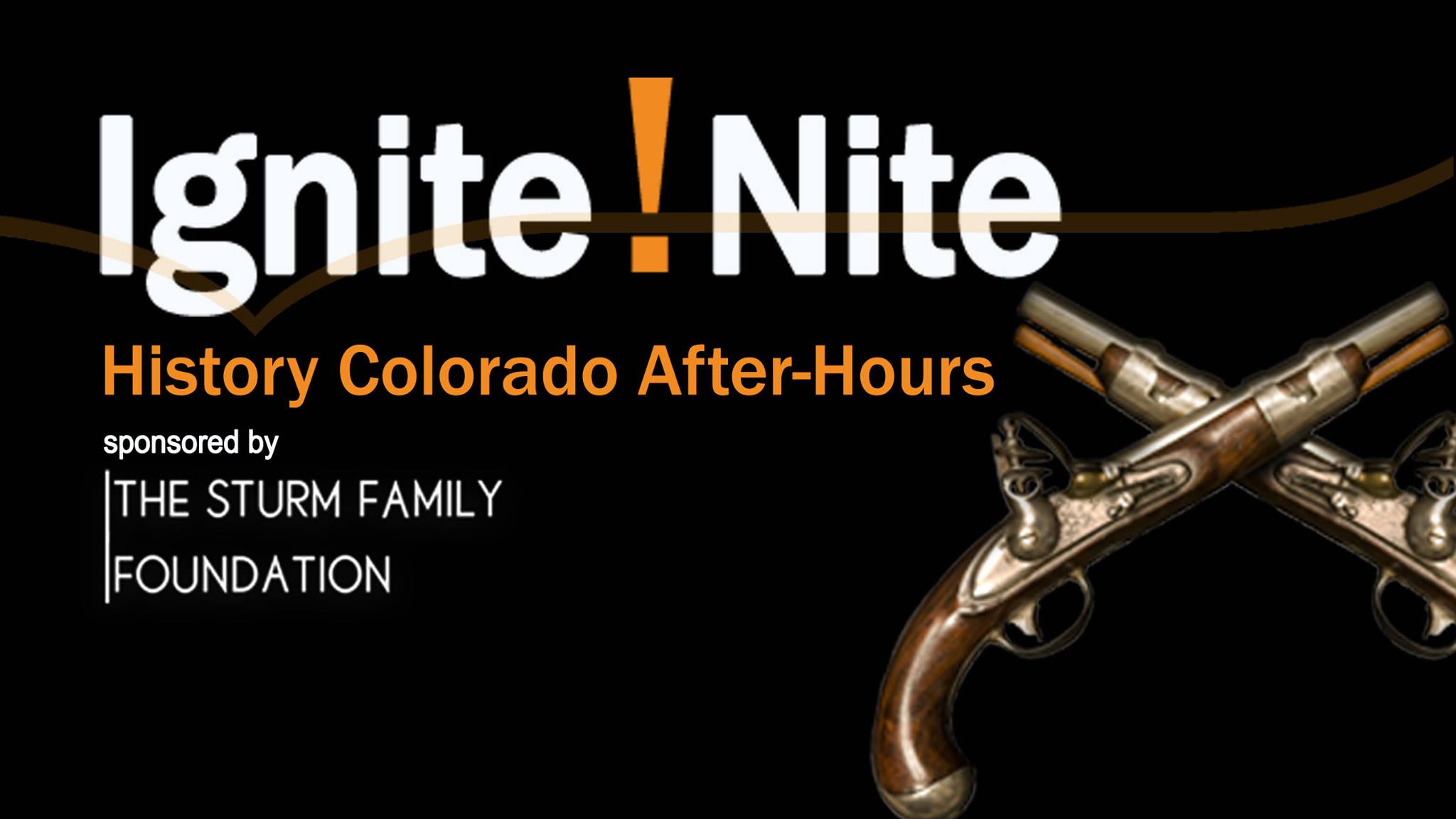 The Lowdown: Step back in time to learn about and participate in this fight scene out of Romeo and Juliet. Learn about Colorado’s historic duels including the legendary dueling madams and dueling guitars of the state. Then, take a shot at it yourself! There will be plenty of games, food, drinks and more as part of History Colorado’s Ignite Nite series that takes you through the Rocky Mountain state’s most intriguing stories after hours. 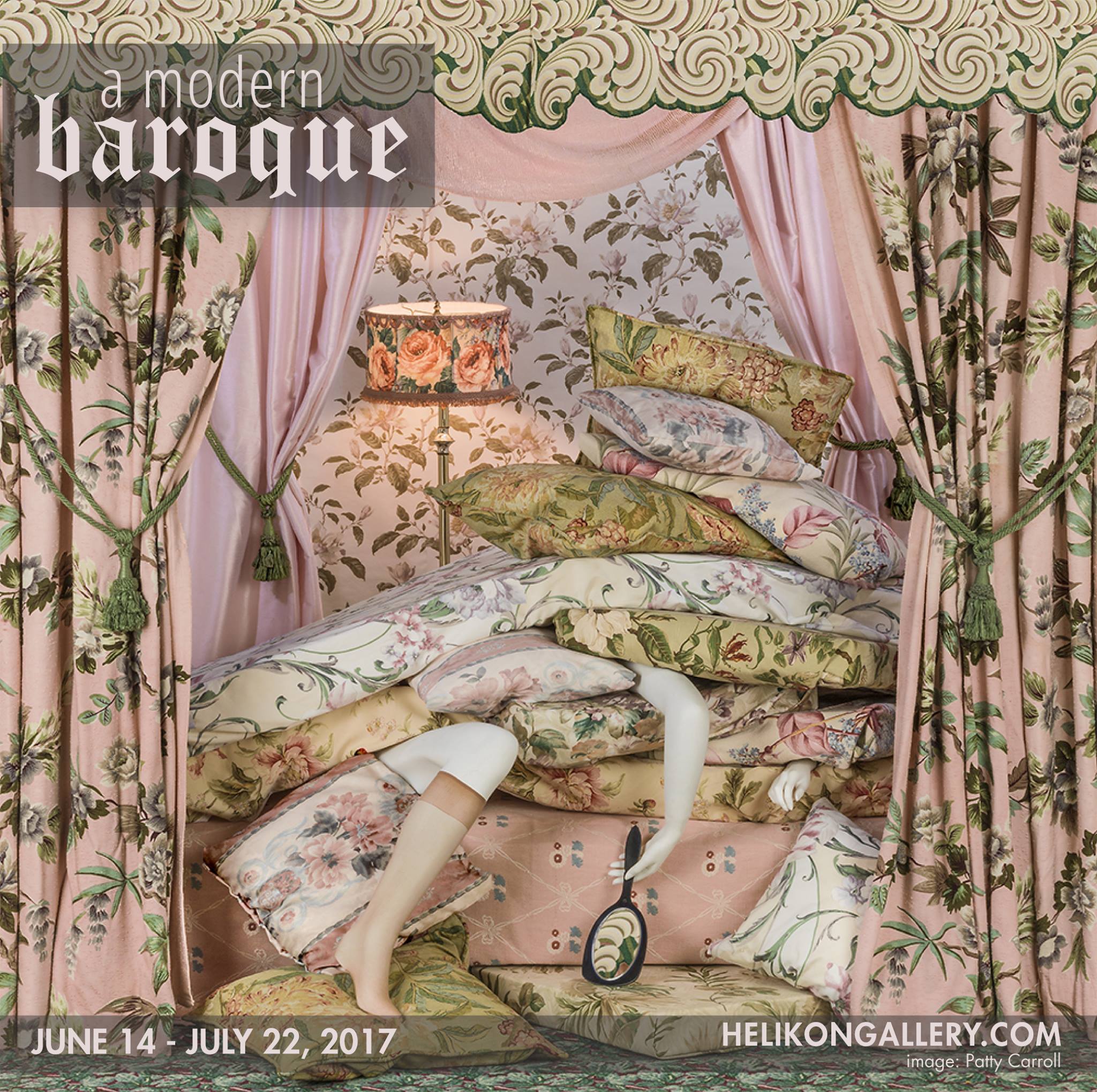 The Lowdown: This new exhibit in Helikon Gallery is bringing together the work of artists from across the country that are reminiscent of the baroque era. This era is known for its realism, detail, exaggerated motion and clarity, but these artists take these classic elements and put a modern twist on them. To add another sense into the mix, the reception will feature a concert by the Sémplice Baroque Ensemble. The music of this era will complement the similar artwork, creating an immersive experience with A Modern Baroque.

Art on Film Summer Series: Women on the Verge of a Nervous Breakdown 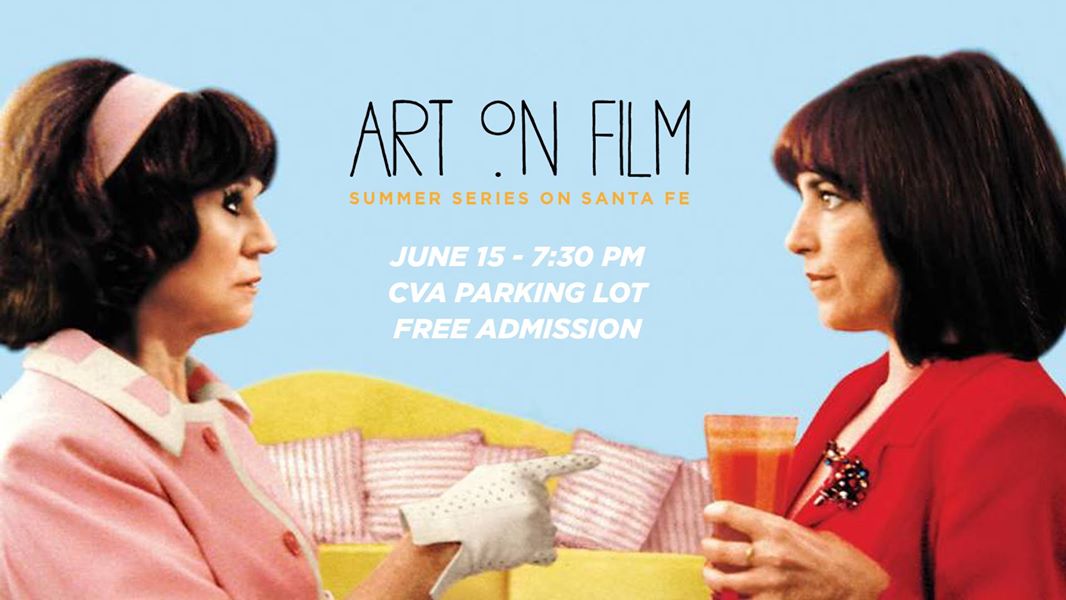 Photo courtesy of the Art District on Santa Fe on Facebook.

The Lowdown: Join the Art District on Santa Fe for the kick off of their Art on Film summer series. Settle in for this outdoor screening of Women on the Verge of a Nervous Breakdown, a critically acclaimed Spanish film from 1988. There will also be live music by Denver’s DJ Erin Stereo and food by Chuey FU’s Restaurant, which will serve Asian-Latin fusion cuisine available for purchase. If that isn’t what you’re craving, there will be plenty of food trucks as well. Of course in the art district, there will be art installations to peruse through too. 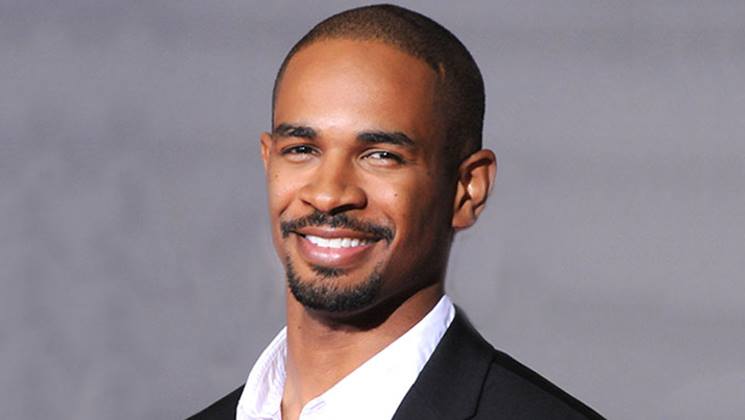 The Lowdown: This familiar face from How to be Single, New Girl, Let’s Be Cops and many more is making his way to the Mile High City. As the son of comedy legend Damon Wayans and performing alongside comedy stars Will Ferrell, Mark Wahlberg, Zooey Deschanel, Wayans knows what he’s doing. Catch this beautiful man in action as he delivers sarcasm, wit and hilarious anecdotes.

How to Survive a Zombie Apocalypse

Photo courtesy of How to Survive a Zombie Apocalypse on Facebook.

The Lowdown: In the mood for something quirky? Brainstorm and learn how to survive a zombie apocalypse this Thursday. Talk with Warm Cookies of the Revolution about how prepared Denver is for the inevitable and how we can work together as a city to take on the zombies. You don’t want to go about the invasion alone, so get prepared, get informed, get in on this coalition.

The Lowdown: Get ready for a weekend of blues. With classes, dancing, performances and competitions, Mile High Blues is offering every aspect of this dance style. Instructors will be teaching beginners to masters level classes to the tune of live music by Ronnie Shellist, Anthony Russo, G’Jai’s Jook Joint Band, Moses Walker, Johnny Long, Joe Smith and the Spicy Pickles and Sean Morse. Perfect your skills in the workshops all day, then show them off all night!

The Lowdown: What do Star Wars, electronic guitar loops and pom poms have in common? Nothing. Absolutely nothing. Part of MCA Denver’s series, Three Things, Any Three Things, three completely unrelated experiences are brought together for the sake of it. Join Seth Masket, Roger Green and the Ladies Fancywork Society to see what happens.

The Lowdown: Love theater? The Fever Dream Fest is your place this weekend. Celebrate science fiction, fantasy, horror and everything else a play can offer with this festival of performances and readings that aren’t in short supply. There will be 13 plays including five full-length, two one acts and six 10-minute shorts in the performance reading format including An Invitation Out by Shualee Cook, Blood Pact by Brenda Foley, Blue Lagoon by Thomas Pierce and many more. Kate Folkins, Marc Stith, Missy Moore, Neil Truglio and Andrew Uhlenhopp will direct the plays and actors and actresses will feature John Ashton, John Hauser, Drew Hirschboeck, Candace Joice, Carla Kaiser Kotrc and others. 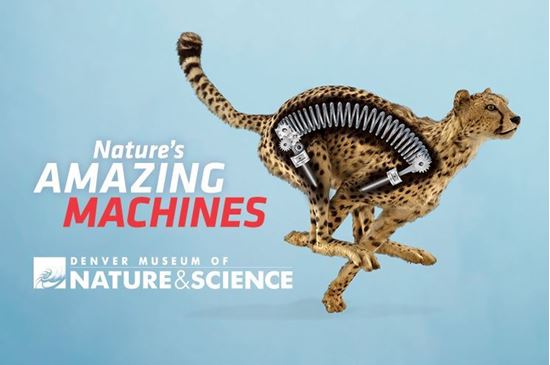 The Lowdown: Have you ever looked at animals (or watched the Discovery Channel) and wondered how they are so perfectly equipped to thrive? The Denver Museum of Nature and Science is answering all your questions and introducing you to some of the amazing aspects of nature you didn’t know were possible. Through objects, scientific models and interactive activities, discover how animals can camouflage, insulate themselves or crush 8,000 pounds with one snap of their jaws. Also, learn how humans have modeled many of the things we use, like velcro, medicine and chainsaws, after nature. 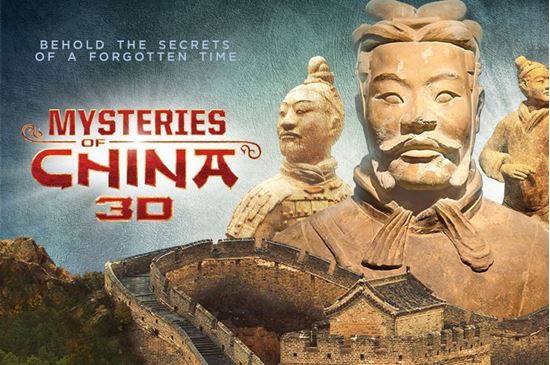 The Lowdown: Remember learning about the terra-cotta warriors, the Great Wall of China and tales of Emperor’s tombs with untold riches? Uncover the secrets of China before the modern day and all of its mystery. Aerial and time-lapse photography will walk you through the stories of this world power’s past. Just under an hour long, let your history geek out as you dive into the mysteries of this ancient world through its present day.

The Lowdown: Celebrate and support refugees on World Refugee Day with a day of activities and fitness. Funds raised will support Project Worthmore’s refugee Welcome Program as well as their Dignity for Refugees campaign. With a 5k race, live DJ yoga class, games and activities along with food and a beer tent, this event promises a fun day outside, with a good cause being the cherry on top. The event is supported by local fitness centers like Orangetheory Fitness and Fitness In The City. Show your support of our newest Denver residents and their bravery and get your yoga flow on this Saturday.

The Lowdown: The fan-favorite cast of “Law & Disorder” is back at VOODOO for another round of improv – courthouse style. You as the audience are part of the show and pick the topic of this performance. Choose a crime in question for trial and the outcome of the accused. Play the jury as the courtroom scene unfolds and get plenty of laughs while doing it. This improv group is sure to be eclectic and eccentric making for a hilarious performance of law and mob mentality.

The Lowdown: Acclaimed as one of the top 10 pride events in the country, Denver PrideFest is something you don’t want to miss. Celebrate and support the LGBTQ+ community as a member or ally at this two-day festival. Express yourself through costume, enjoy music and dancing on any of the three stages and get a bite to eat at the food and beverage stands. On Saturday, catch the Dogs in Drag Parade, then see the Coors Light PrideFest Parade starting at 9:30 a.m. on Sunday in Cheesman Park as it heads to Civic Center Park.

The Lowdown: In the spirit of Pride and celebration of the LGBTQ community, join VOODOO for a night of comedy featuring LGBTQ performers and their comical takes on life as a homosexual in Denver. There will be a drag show as well as stand up comics, improv teams and other acts will get the laughter flowing. There will also be music and games to keep you entertained, laughing and having a great time. 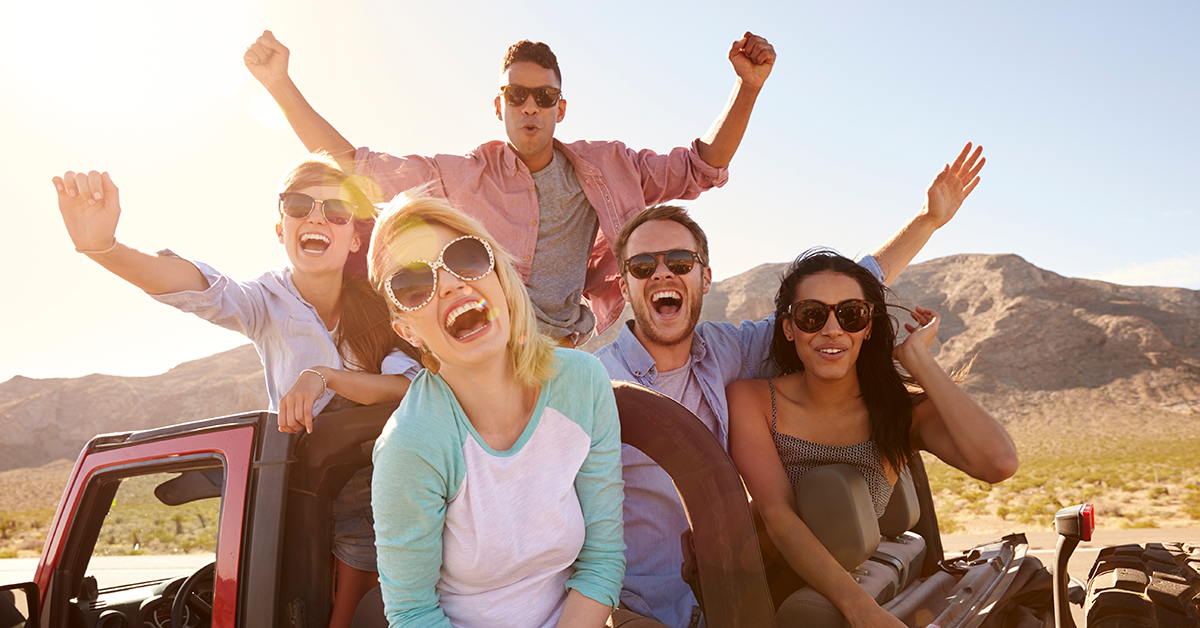 The Lowdown: Who says scavenger hunts are for kids? The Denver Adventure takes you on the biggest scavenger hunt you’ve ever been on with three of your most competitive and adventurous friends. Solve Denver-themed challenges, games, trivia and more and look for prizes along the way. With each challenge, your team earns points towards prizes you can win or the grand prize. Enjoy brews along the way.

Where: Walnut Street between 26th and 27th St., Denver

The Lowdown: Head to RiNo to join the Denver Deluxe for a street festival complete with burgers, beer on tap and an art mural collaboration project by local street and graffiti artists. The main feature is the live music, which includes Tea Leaf Green, FUTUREBIRDS, Rob Drabkin and The Drunken Hearts. Swing into summer with this day of indie-rock and art, beer in hand. 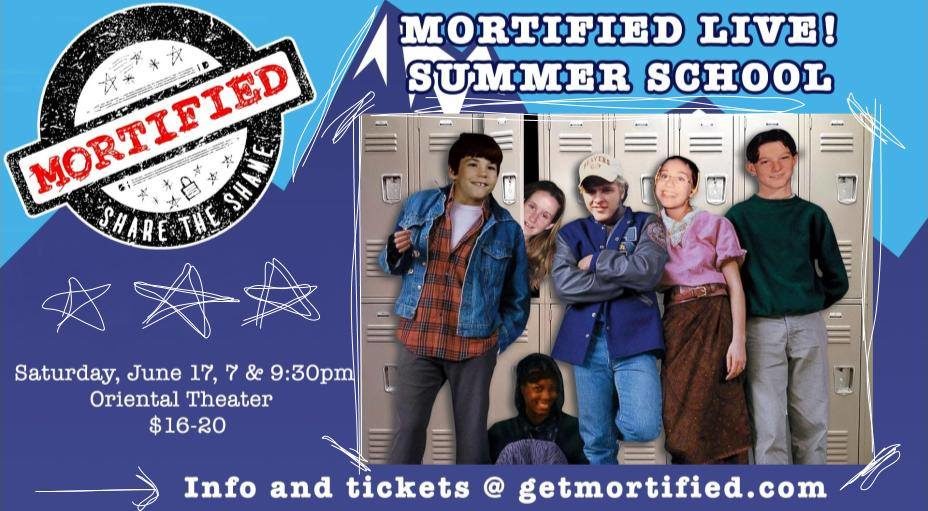 The Lowdown: The cringe days of middle school and teenage angst are behind you, but the stories are still pretty great. Watch adults share snippets of works pulled out of their most angst-y childhood archives that are sure to be hilariously embarrassing. The Mortified Colorado band, The Hot Lunch, will set the mood with tunes from your teenage years. 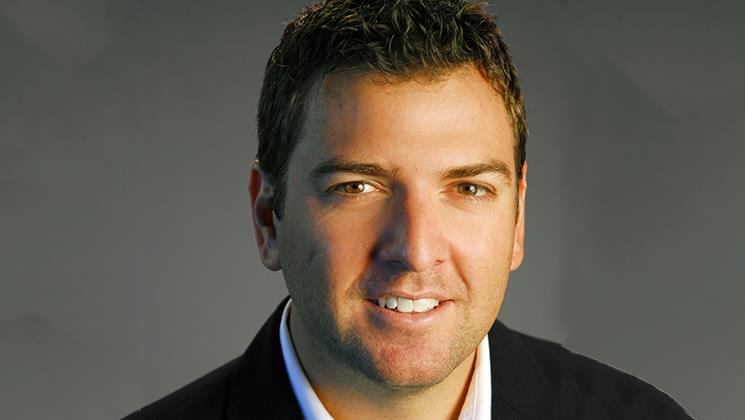 The Lowdown: Teachers always have hilarious stories about their kids and Chris Voth is here to share them for Father’s Day. You may have seen him on NBC’s Last Comic Standing or the Late Late Show with Craig Ferguson. As a teacher, long-time comedian and author, Voth has plenty of dad jokes to go around. This all-ages comedy show is perfect for celebrating your dad this Sunday with a relaxing afternoon of laughter.

The Lowdown: Led by One Colorado, the Colorado LGBT Legislative Caucus and March On Colorado, the LGBTQ community and supporters are marching through Denver to demand equality. Join state leaders and fellow Denverites in marching, chanting and letting voices be heard. Go here to read our interview with the organizers.