What You Need to Know About Denver’s Upcoming LGBTQ+ March

With June comes Pride Month — a time to celebrate all things LGBTQ+ and diversity. On June 11, Denver will be hosting our very own Equality March for Unity and Pride, which aims to mobilize the LBGTQ+ community of Denver as well as their loved ones and families. The event will take place at Cheesman Park and begin at 9 a.m. The march is part of a worldwide event, with over 90 marches planned in the US, Canada, Spain, Australia and Switzerland. The Denver gathering is projected to assemble 500 plus participates. 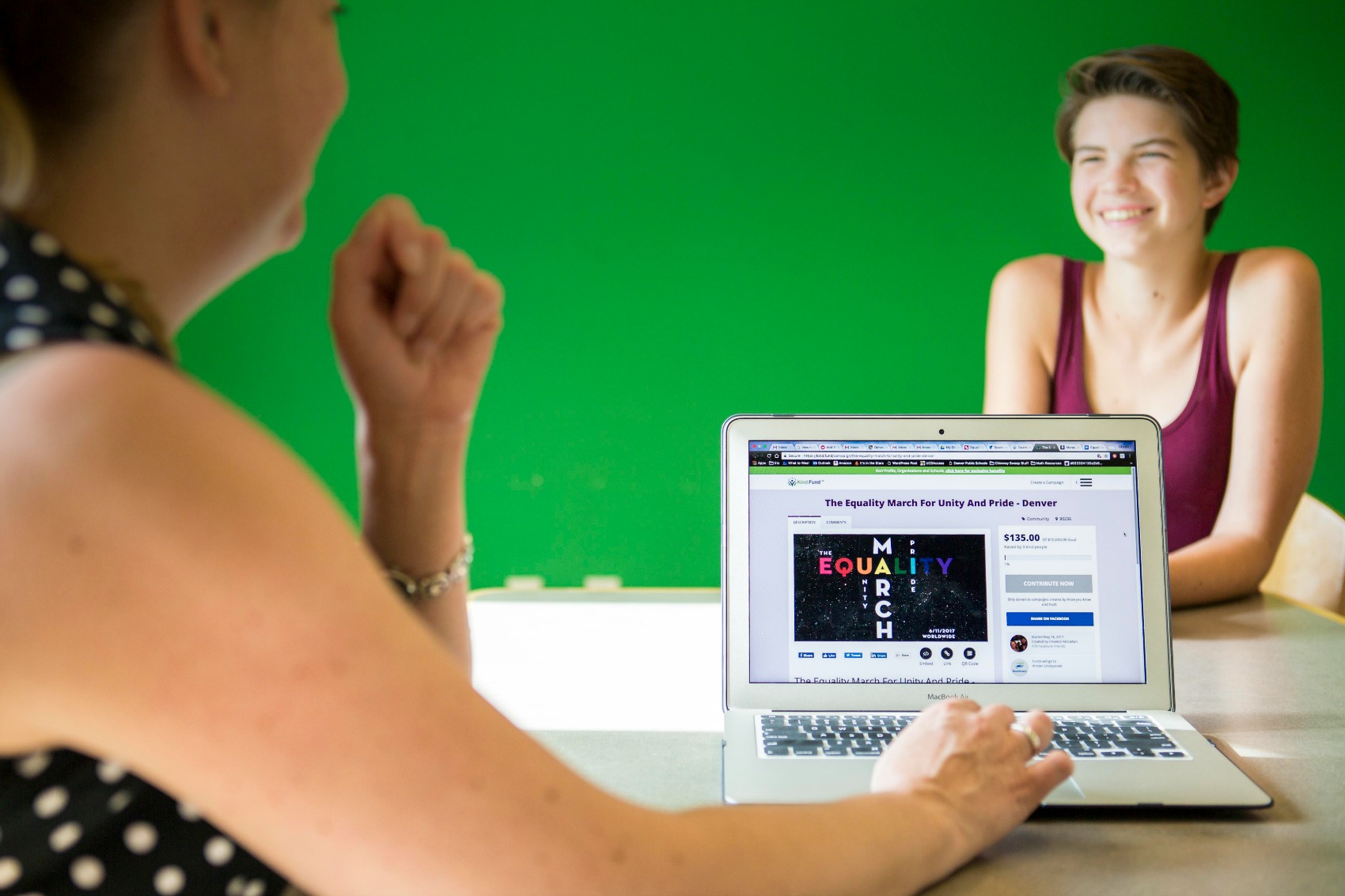 While many might think these events are organized on a global scale, that simply isn’t the case. Instead, local members of the community donate their time and resources in order to make such a thing happen. Denver’s very own demonstration is headed by Cheetah McClellan, a teacher who also participated in the creation of the Women’s March back in January. Alongside her daughter, Mirabel Moring and fellow teachers Carlton Rexroad and Andrea Leggett, the group has taken on the task of organizing Denver’s very own march.

McClellan chose to participate in the organization of this event as a way to support her daughter, who identifies with the LGBTQ+ community. “As a parent, I went through a whole spectrum of emotions when my daughter came out and I know that as a society we need to provide more love and understanding to families who are navigating what is currently a tricky social situation. I have heard other parents blame themselves for their child being gay, wondering what they ‘did wrong.’ And I know young people who say they will never come out to their family. This is a huge social disconnect and I believe is one of the reasons the LGBTQ+ community is often the victim of violence and denied the same rights as others who are not LGBTQ+.”

Her daughter, Mirabel Moring, is a student at Kunsmiller Creative Arts Academy and choose to participate in the organization of the march because she, “Feels like it’s very important that people in the community feel loved and feel accepted, and that people in the community learn how to love and accept.” It also reminds her that she has a voice during this time of political conflict not only in the United States but around the world. 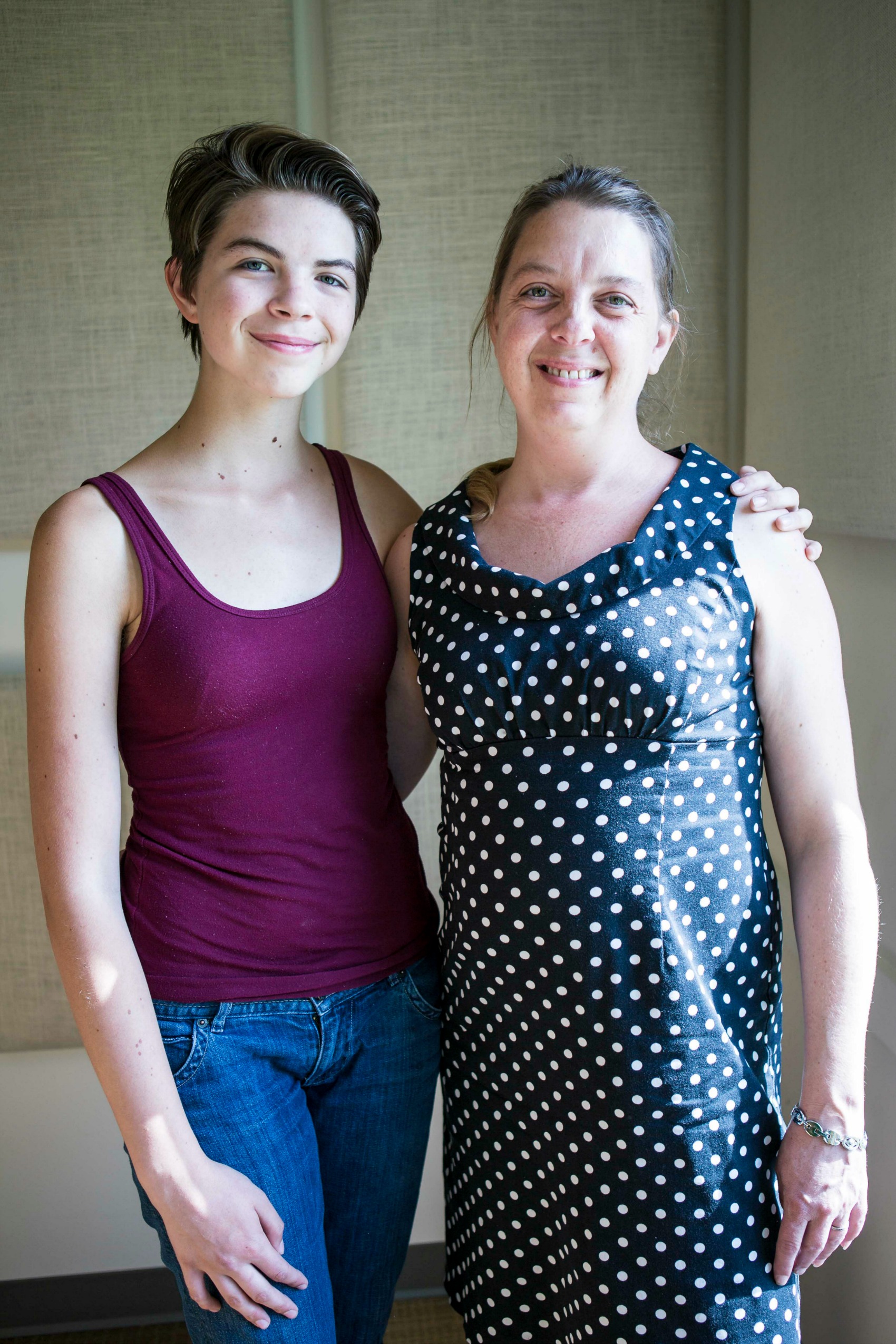 While many might view this demonstration as just another march, organizers of the event see it as an opportunity to advocate for those of the LGBTQ+ community who are faced with different realities than those of straight-identifying members of society. “This is my chance to become better educated about the people I love. This my chance to ask the community to please love and protect this child of mine and other children like her. This is my chance to be there for other parents and family members who may struggle with acceptance and understanding. This is my chance to say to every LGBTQ person, ‘I care about you,'” stated McClellan.

Rexroad, another organizer of the march said that, “This march is so important in the current political climate because there are so many messages being sent to LGBTQ people right now that we are not valued or wanted and that we should go back into the closet.” Rexroad believes that Denver should be one, of many leading cities that showcases acceptance and love. After all, Denver has the 9th largest LGBTQ+ population in the United States, as recorded by the 2015 Gallup Poll. “LGBTQ+ people who have made Denver home contribute to the city and the community in so many ways, so I think the response will be very positive. I think this march will be a hopeful, positive way for us to continue to build community in Denver and stand together against hatred.”

The planning process for the march is still underway and details are still emerging with each day. Since the event is not sponsored in any way, the organizers have relied on local press and social media to spread the word. “We have discussed our overall plan, fundraising ideas and outreach to other LGBTQ+ organizations. I have personally talked with the Denver PFLAG chapter and Rainbow Alley,” said McClellan. When asked about the events details, McClellan stated that, “We are currently working out the details of where we are meeting, but the plan is to meet at Cheesman Park, where the event will happen with a community picnic afterwards. Leslie Herod, Colorado’s first openly LGBTQ Colorado State Rep, will also be speaking. There have been a lot of marches lately that all follow a similar formula: marchers and speakers and that’s it. We wanted to do something different and thought that a picnic would be a great way to bring the community together.”

The Equality March for Unity and Pride is still enlisting volunteers. Those interested should email McClellan at [email protected] Shirts, stickers, and fundraising opportunities are also available online by clicking here. 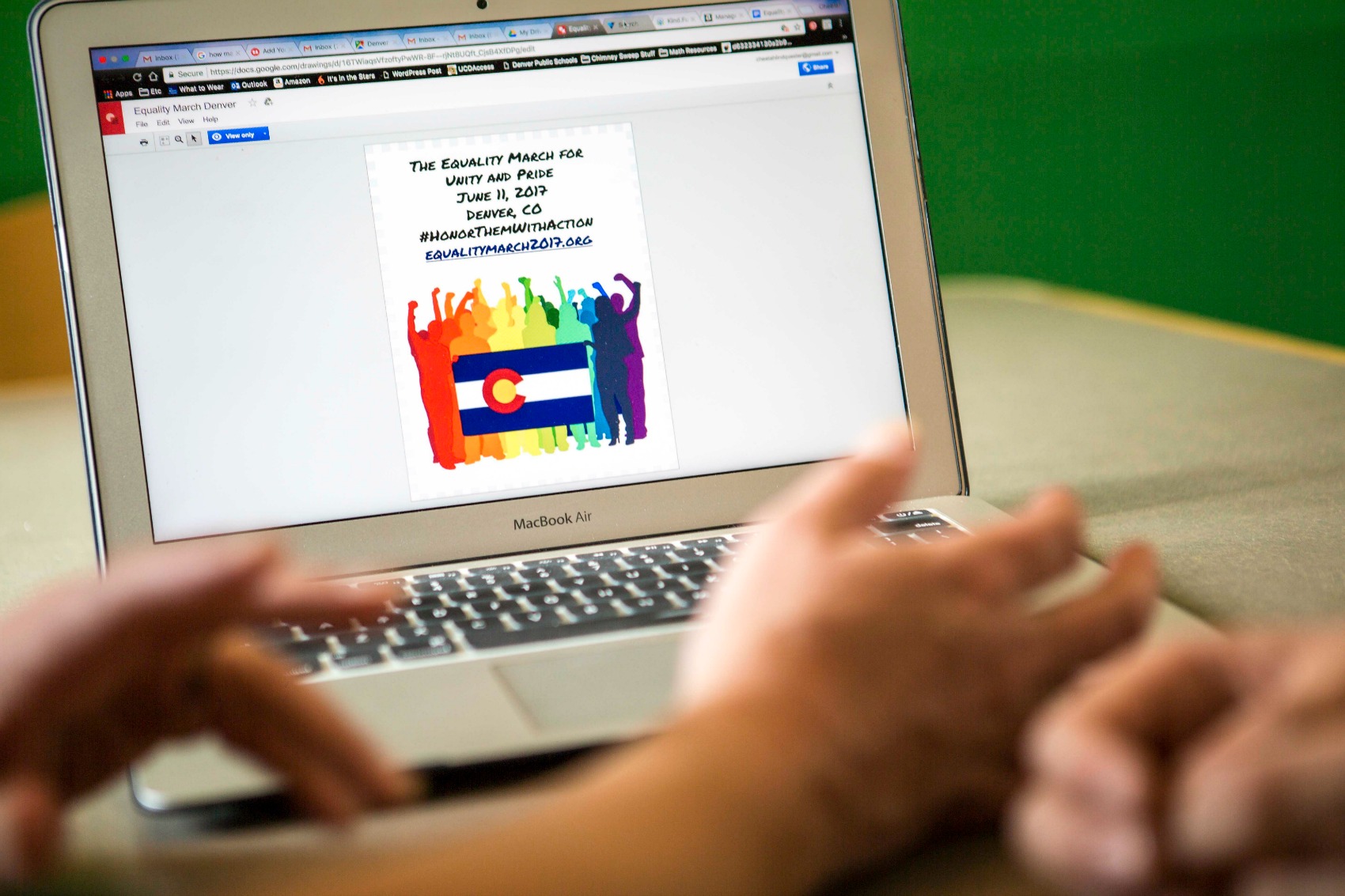 The official poster for The Equality March for Unity and Pride.