How One Colorado Chef’s Autoimmune Disease Changed Her Career Forever

Every day, farmers, chefs, home cooks, bakers and restaurateurs dedicate their lives to making what we put onto our plates and into our bellies. As Julia Child once said, “People who love to eat are always the best people,” and so it goes to say, that the people who create it must be even better.

So what happens when you have fallen in love with food — dedicated your life to the art of cuisine and developed your culinary prowess — only to find out that the very thing that you love could be detrimental to your health? That was the hurdle that chef Angela Huang faced — one that ended up leading to a journey of self-discovery and culinary truth.

For Huang — a certified nutrition consultant, professional chef and teacher — cooking was something was that was inherent from an early age. 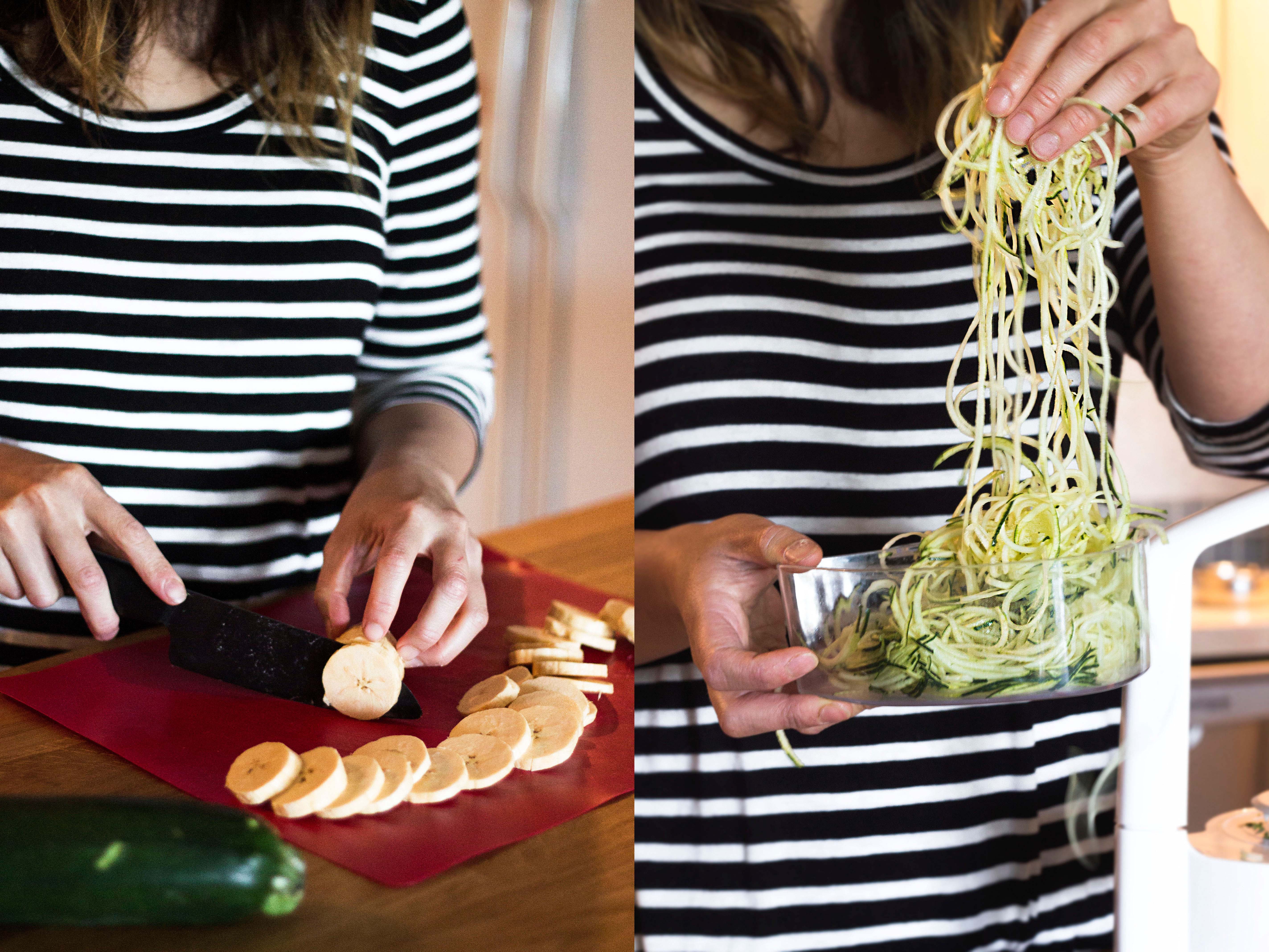 “I already had most of the knowledge from cooking my whole life,” Huang explained. “I got into cooking as a 13-year-old or something. I’d want to make something for fun and put it together.” 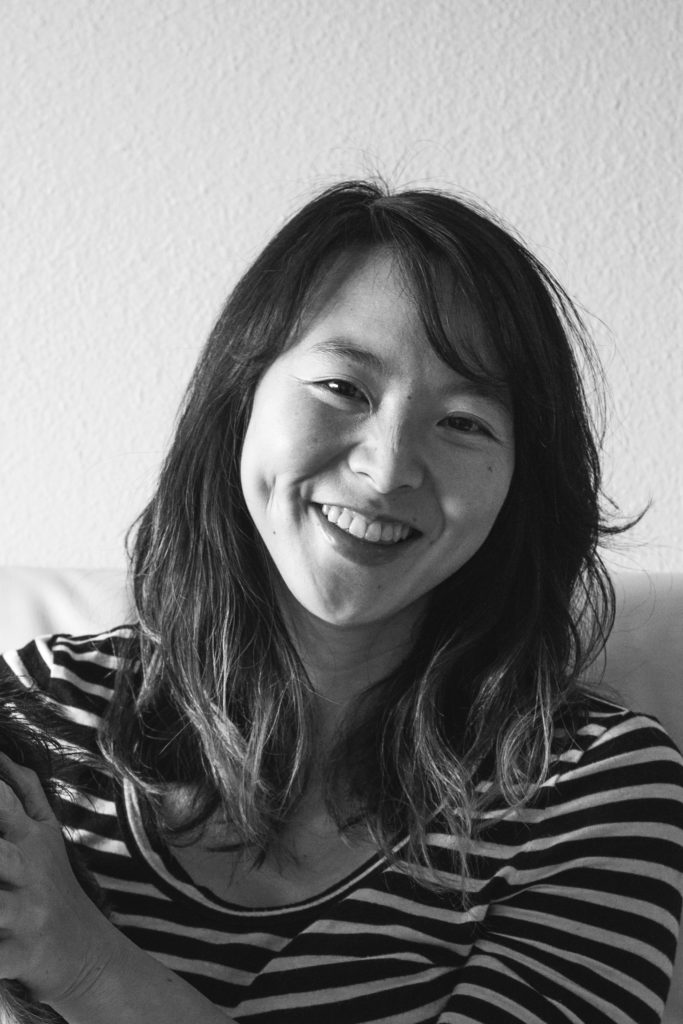 But her journey didn’t truly begin until the summer before her last year of college, when Huang— a vegan of five years, at the time — finally pursued her dream of culinary school and attended a vegan chef program at the Institute of Culinary Awakening in Portland. After graduating with a degree in Film Studies from the University of California, Berkeley, Huang intended to pursue and master this sectored niche of the industry, but near the end of her sixth year as a vegan, she had started developing food allergies, brain fog and was left nutritionally depleted — due to genetic predisposition, her body was unable to sustain necessary nutrients from a meat-free diet.

“I just became totally depleted of all the things, nutritionally, that you can only get from animal protein— things like B12, things like vitamin D. Things that, for certain people, when they have a genetic predisposition to certain diseases and things and something called MTHFR— it’s like these snips in your genes— […] just prevented me from being a vegan. B12 is something that your brain really, really needs.”

Understanding how to properly fuel, nourish and feed one’s body became a topic of great interest to Huang. So she returned to school to pursue a certification as a Nutrition Educator from the Bauman College of Holistic Nutrition and Culinary Arts.

“I [was] really trying to like get clear on what makes this so important to me — and it’s this idea that cooking is nutrition in action — and the two actually don’t exist without each other,” she said.

After graduating, Huang served as chef in the East Bay area — including a macrobiotic restaurant and the farmer’s market — before moving to Colorado to continue her culinary education at the Auguste Escoffier School of Culinary Arts in Boulder.

In Colorado, she truly discovered her love for teaching and deeply connecting with people through the education of food. After graduating and working as a teachers’ assistant at Escoffier, Huang began teaching her own class — integrating her nutritionist background into all aspects of all the dishes she created.

“It was almost as if I was burning from the inside-out.” 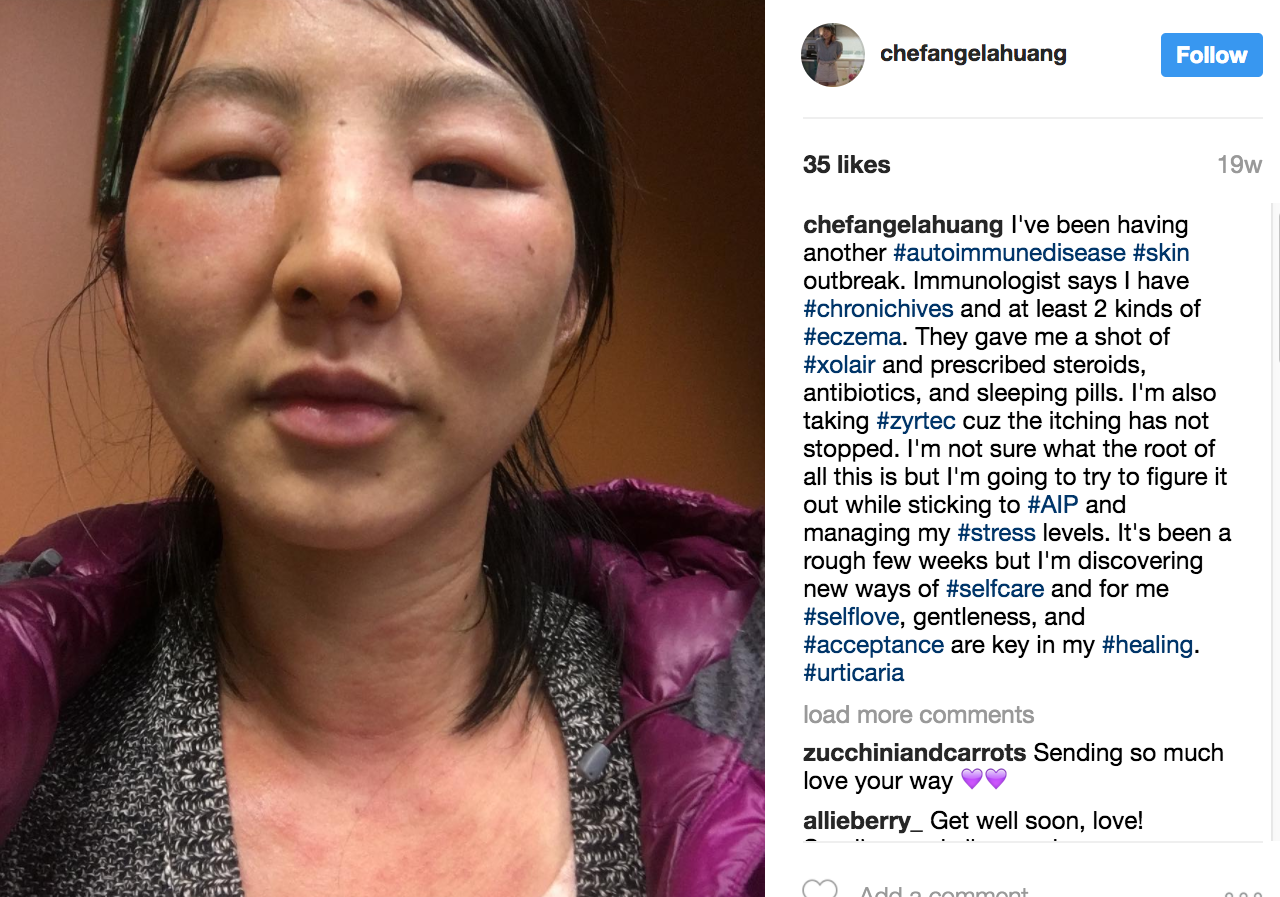 “The way I think about cooking is through a nutritionist lens — how am I going to cook this to make sure that the nutrition is preserved or highlighted as much? For example, you’re eating carrots — it’s best to steam them and eat them with butter or coconut oil because the beta-carotene in there — which gets turned into vitamin A — can’t happen without fat, because it’s a fat-soluble vitamin.”

While helping to mold Colorado’s culinary minds of tomorrow, Huang also worked as a pastry chef at Boulder’s Cafe Aion. It was then that her health and food sensitivities took another turn — she started having allergic reactions to the pastry flour and wound up in the hospital.

“The funny story was that I was supposed to teach a food safety class the next day, and I was like a walking food safety hazard because I was covered in what looked like a staph infection,” she said. “It was almost as if I was burning from the inside-out.”

At that point that she realized she needed to do something drastic to gain control over her health and allergies, while still finding a way to hold onto her love for cooking and food.

“This is trying to tell me something — this is really, really trying to get me to do something,” she recalled of the experience. 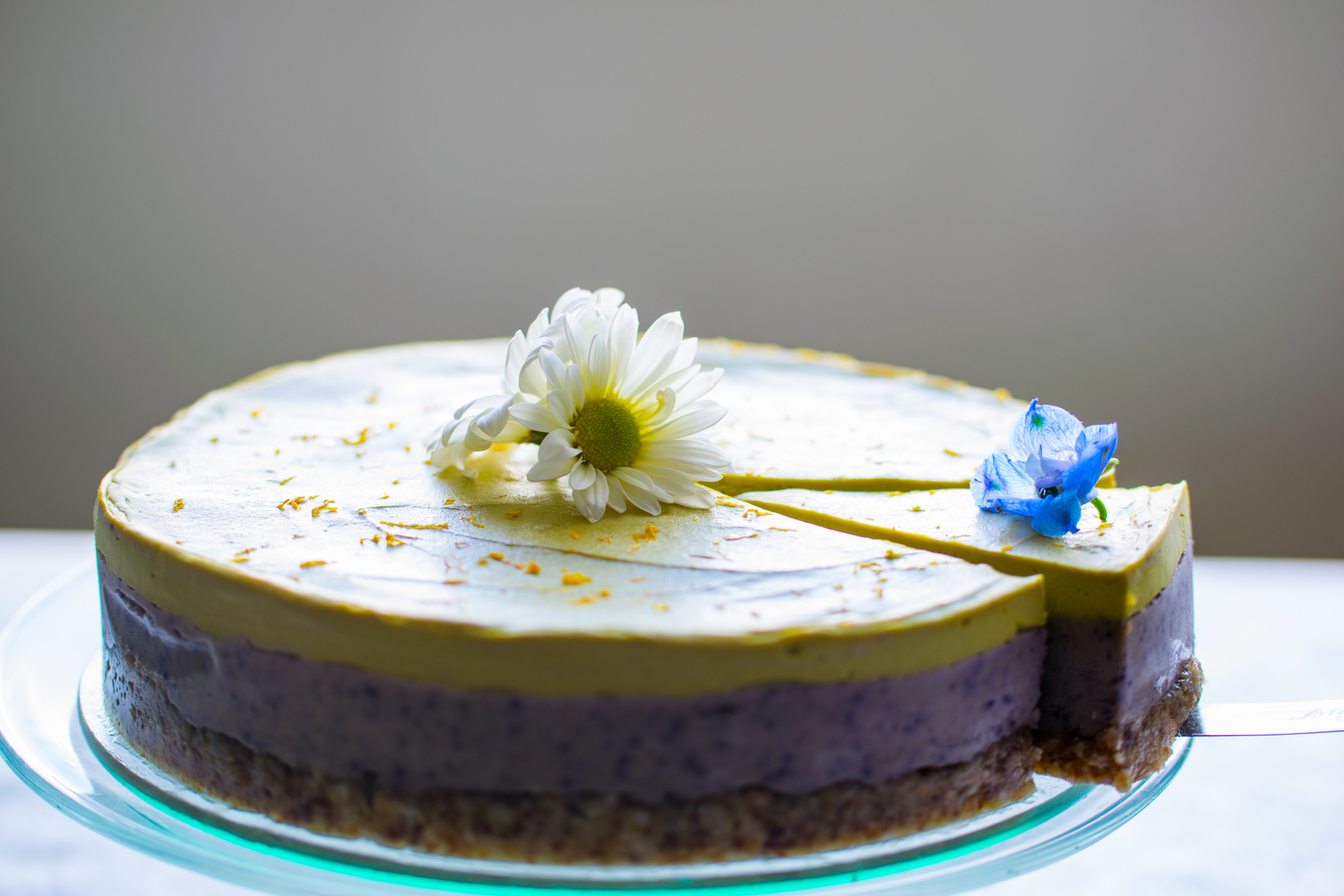 Huang began the AutoImmune Protocol diet, or AIP, for short. For those who are not familiar with the protocol, it is essentially the same as the Paleo diet but with more restrictions — focusing on the foods that our ancestors could gather and consume. It’s a diet primarily consisting of healthy fats, large amounts of protein and copious amounts of select vegetables. The protocol is used to combat inflammation in the body and eliminate foods that trigger it as well — it is traditionally utilized as a short-term diet that is followed by a food re-introduction phase. But, how hard was it for the food-loving chef to adhere to such a seemingly restrictive diet — perhaps forever?

“It’s become a really intuitive thing for me — I feel like I can sort of listen to my body a little bit better. People say that all the time, but it’s really not that easy. It takes years… sometimes your body changes too.” 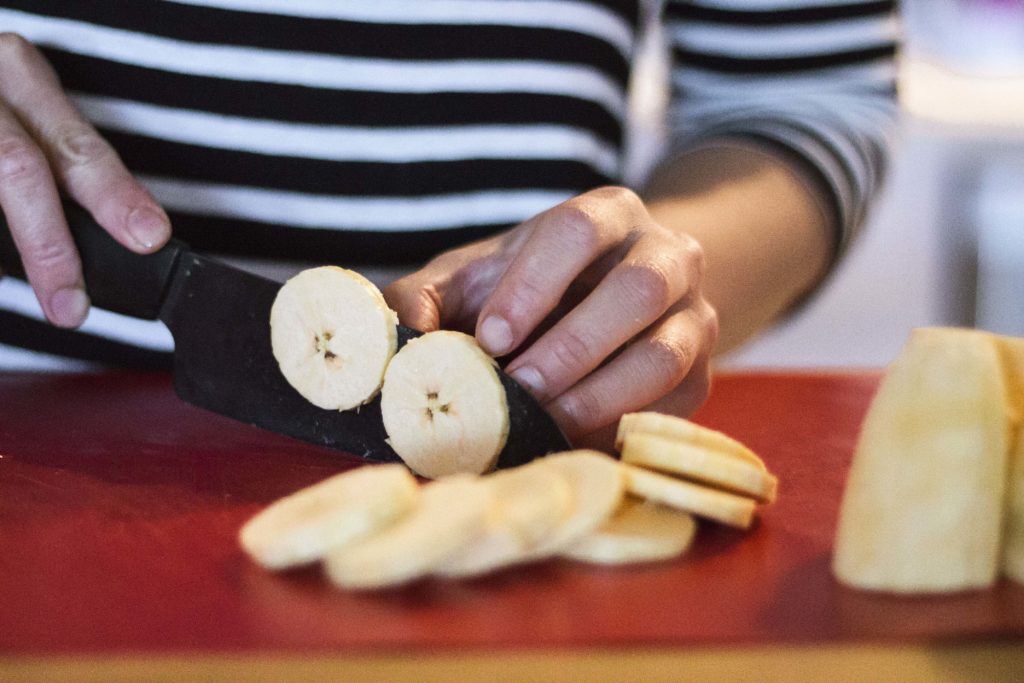 Huang followed the protocol for two years and began to restructure her culinary world to accommodate accordingly. This period of time truly became a venture of mindfulness and healing on all levels — physically, mentally and emotionally.

After joining a Meet-Up group for other AIP eaters, Huang was inspired by the family-like environment of fellow allergen-ridden eaters. Utilizing her personal health journey, culinary education, and background as a nutrition consultant — Huang launched a series of in-home cooking classes to create a community for those food-lovers who were struggling with autoimmunity or food allergies as well. She saw the restrictions, not as roadblocks, but as an opportunity to get inspired and inventive with her food. She wanted to prove, that even despite dietary restrictions, her dishes could still be incredibly indulgent and healthy too. 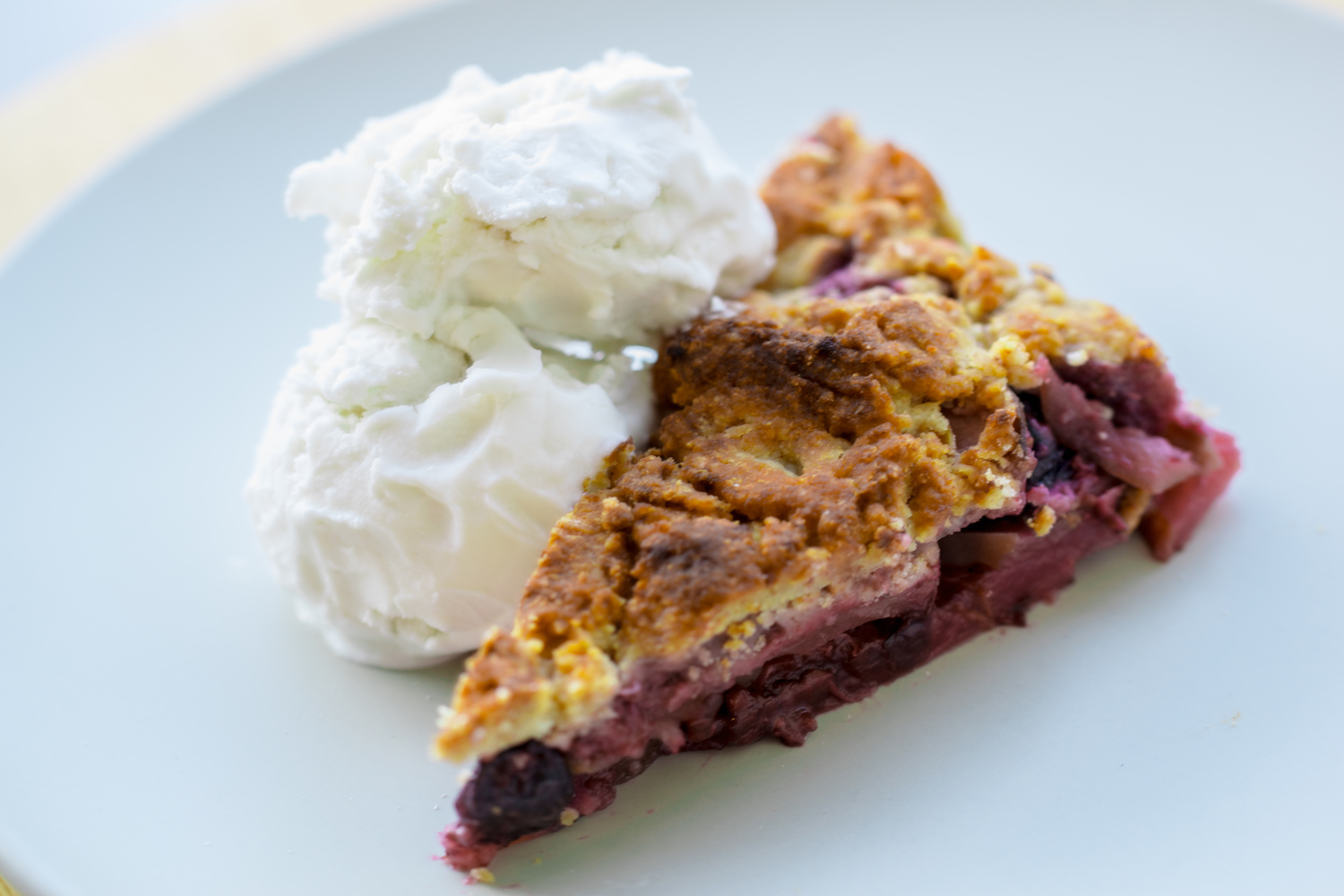 Her most recent class, “Organ Meat Tasting,” educated amateur chefs and culinary adventurers on using (almost) every part of the animal protein to create nutritionally dense meals. But her classes are not just geared towards those ridden with allergies. Huang emphasizes that her goal is to share and educate people on clean eating and creating dishes that taste delicious and nourish your body — it is about creating an exceptional culinary experience for the eater, focusing on what is fueling your body and taste buds— not what is restricted.

After that, Huang left her teaching job at the Escoffier school to launch her own full-fledged business — alongside the cooking classes, she also leads events and caters meals with, in her own words, “Sophisticated and elegant Paleo and AIP-friendly cuisine that provide nourishment of the mind, body and soul.” One of her more recent events was a catered, multiple-course dinner party for Terry Wahls — a “celebrity” integrative chef and doctor, who essentially reversed multiple sclerosis through a Paleo diet and functional medicine approach.

Huang is making her mark fostering a delicious local community for those with or without food allergies to call home. Her advice for anyone struggling with food allergies or other health ailments? Find your community — people who think or eat like you or who are going through a similar thing — that way, you already have that level of understanding so there is no need to justify or explain eating or lifestyle decisions, you can just support one another.

Huang will host clean-eating, summer cooking classes starting this June, and she plans to take students’ taste buds around the world — from hot pots from the Far East to tapas from Europe. Huang also has future plans in the works to launch an online platform that will host personalized cooking videos.

To learn more about Huang’s up and coming cooking classes or see more of her food journey, visit her on her website and on Instagram.