This weekend, April 8 and 9, Denver Independent Comic and Art Expo (DINK) will descend upon the McNichols Building in Denver’s Civic Center as it brings together over 200 independent artists in its two-day convention. DINK will showcase comic books, graphic novels, small press, zines, design and alternative art forms from a variety of local and national creators. Charlie La Greca, one of the founders of Denver Comic Con, switched gears a year ago and started DINK, which brings together the creative community in a more artist-friendly and intimate setting.

DINK’s mission is to bring together an independent creative community of comics, art, tattoo art, urban street art and their fans in order to highlight the culturally diverse, and often overlooked, works of independent artists.

Guests will range from featured artists like the Hernandez Brothers, who will be celebrating 35 years of their famous Love and Rockets comic, to former Denver resident and creator of Blammo, a one-man anthology, Noah Van Sciver. Tony Millionaire, creator of the prolific comic strip Maakies, will feature in his own panel Sunday. Vance Feldman, creator of ForeverScape — a physical panel drawing that is currently longer than the Titanic and continues to grow — will take part in the panel, Going Strong, Maintaining Longevity in Creating Saturday.

In addition to a wide range of prominent national and international independent artists and creators, DINK will also showcase a multitude of local Denver artists. One of the artists featured at this year’s DINK is Denver’s Morgan Beem, illustrator of The Family Trade, an Image Comics series. 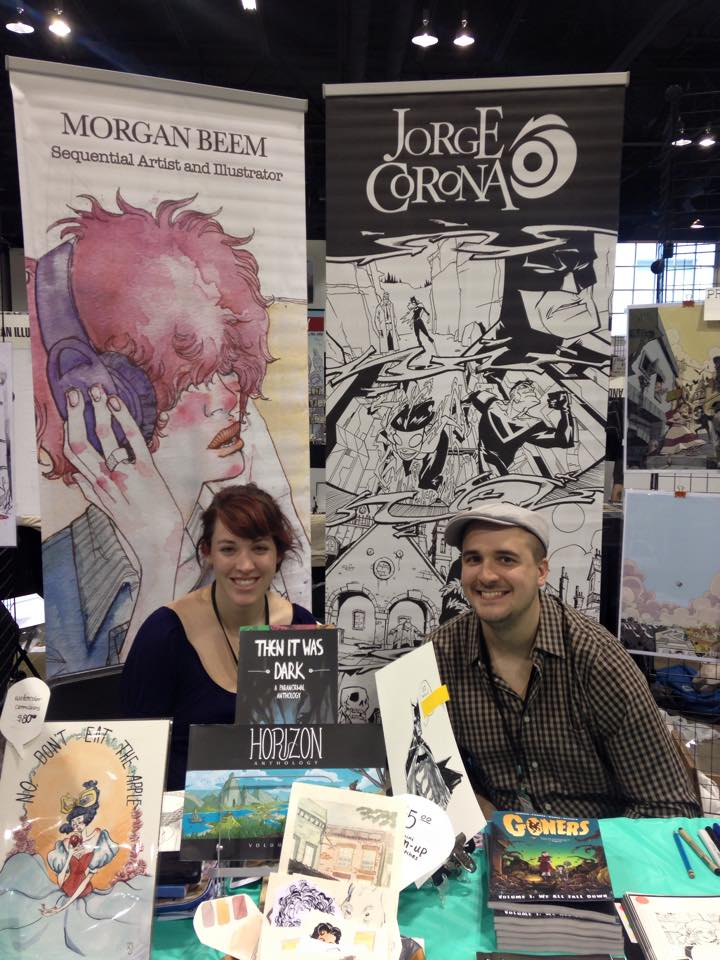 The Family Trade is an ocean-punk — think steampunk but with water — comic series written by Nikki Ryan and Justin Jordan. Beem’s watercolor-driven art perfectly compliments The Family Trade’s alternate 19th century-esque floating metropolis setting of the Free Republic of Thessala, aka, The Float. The Float is a bustling, man-made island where the main character, Jessa Wynn, along with the organization known as The Family, struggle to maintain their roles as the self-proclaimed protectors of The Float. 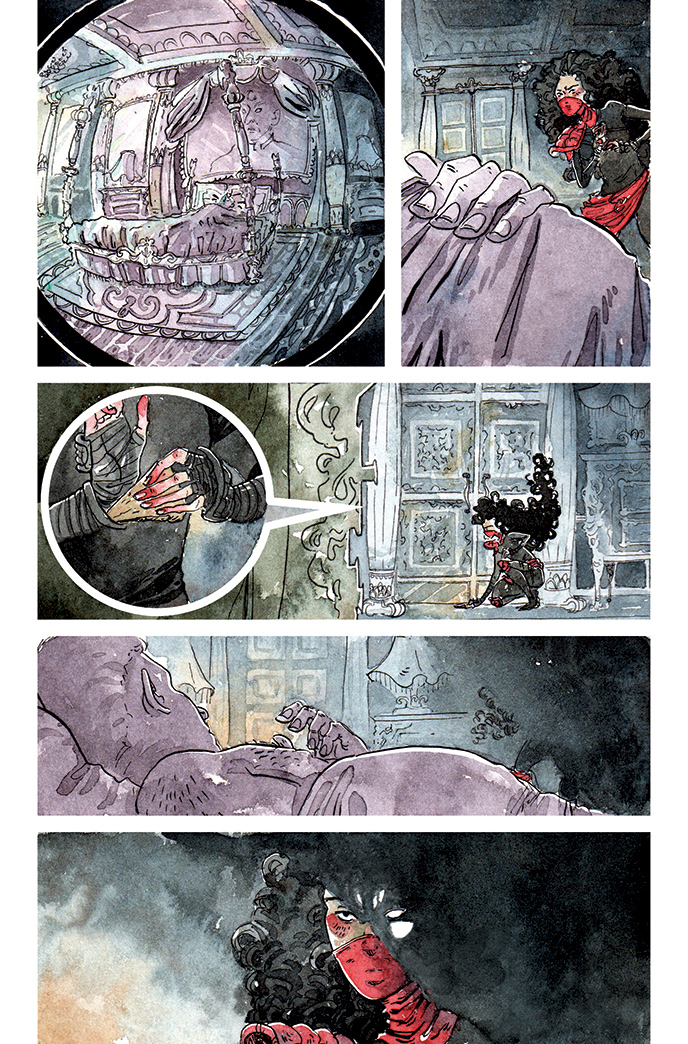 Excerpt from The Family Trade comic written by Nikki Ryan and Justin Jordan with illustration by Morgan Beem. Image courtesy of Morgan Beem.

Beem, like many artists, fell in love with drawing as a child. After accomplishing an undergraduate degree in a non-art related field, Beem returned to the love of drawing and storytelling she once had as a child.

“I have always in particular been a storyteller, and my love for drawing and telling stories walked me hand in hand into comics,” Beem said.

She received her MFA from the Savannah College of Art and Design and with the inspiration of her peer group there, returned to Denver full of motivation to embark on her career as an artist. Beem has also been able to meet and network with local artists.

“Local print-makers, fine artists and game designers have really inspired me with their tenacity, self-discipline and the creation of really mind-blowing bodies of work. Seeing others working so hard and improving for their dreams really motivates me to work hard for mine,” Beem said. 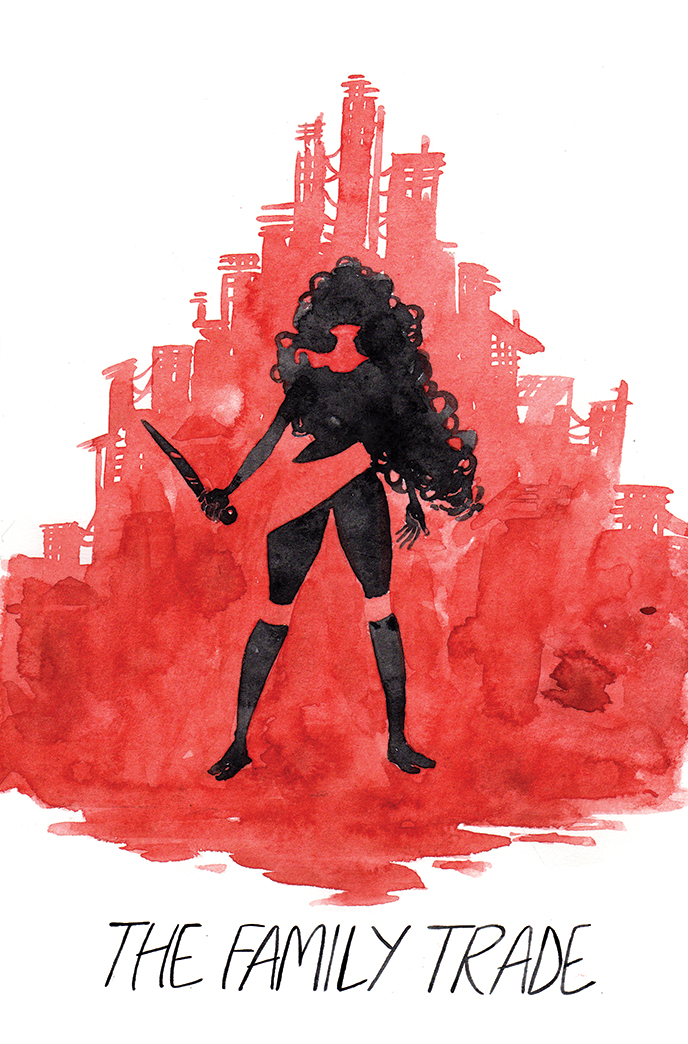 Beem’s inspiration for The Family Trade comes from the walled city of Kowloon in Hong Kong as well as the aesthetics of illustrators like Taiyo Matsumoto and Tatsuyuki Tanaka. She elaborated on her process for creating the feel and design of her work.

“Generally, my process starts with researching the aesthetic feel of the world I am going to make, doing some mood paintings, character designs and choosing a color palette. After that is squared away, I break down the script into thumbnails, and from there, pencil, ink and color all on the same page,” Beem said. 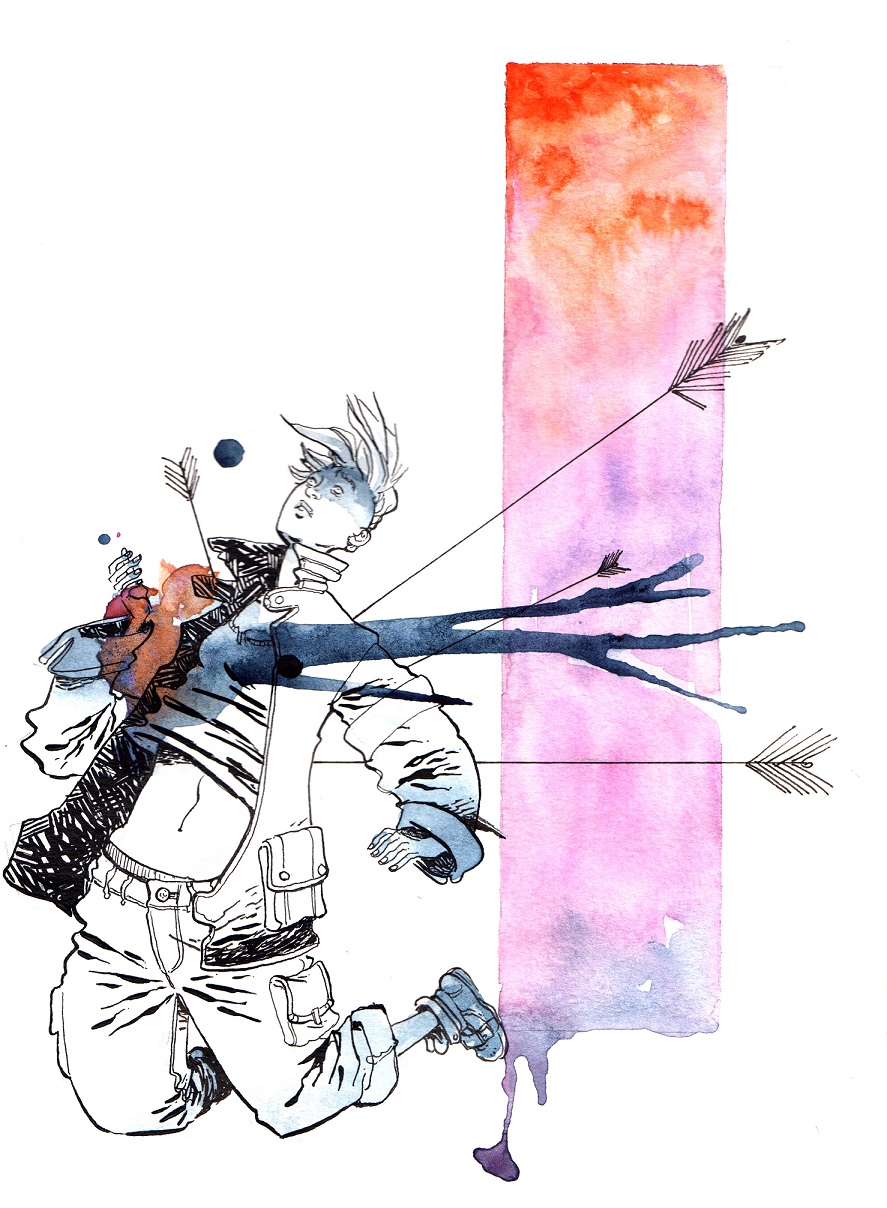 This year will be Beem’s second appearance at DINK where she will be exhibiting her work and appearing in a panel titled, Working Together, The Collaborative Process of Creation, alongside fellow creators Samuel Teer, Leila Del Duca and Kit Seaton.

Beem stressed the importance of conventions like DINK for independent artists and their fans alike.

“I am a huge fan of indie cons since indie and creator-owned comics are what I do and love. Mainstream conventions are also wonderful, but I fall in love with indie cons and the huge amount of self-published or under-heard-of original stories I find there. I also love the vibe of the attendees, who are so genuinely excited for your story, even if they have never heard of you or seen your work before. It’s very energizing and uplifting. These shows are important because they create a space where really original ideas and different voices are expected and celebrated.” 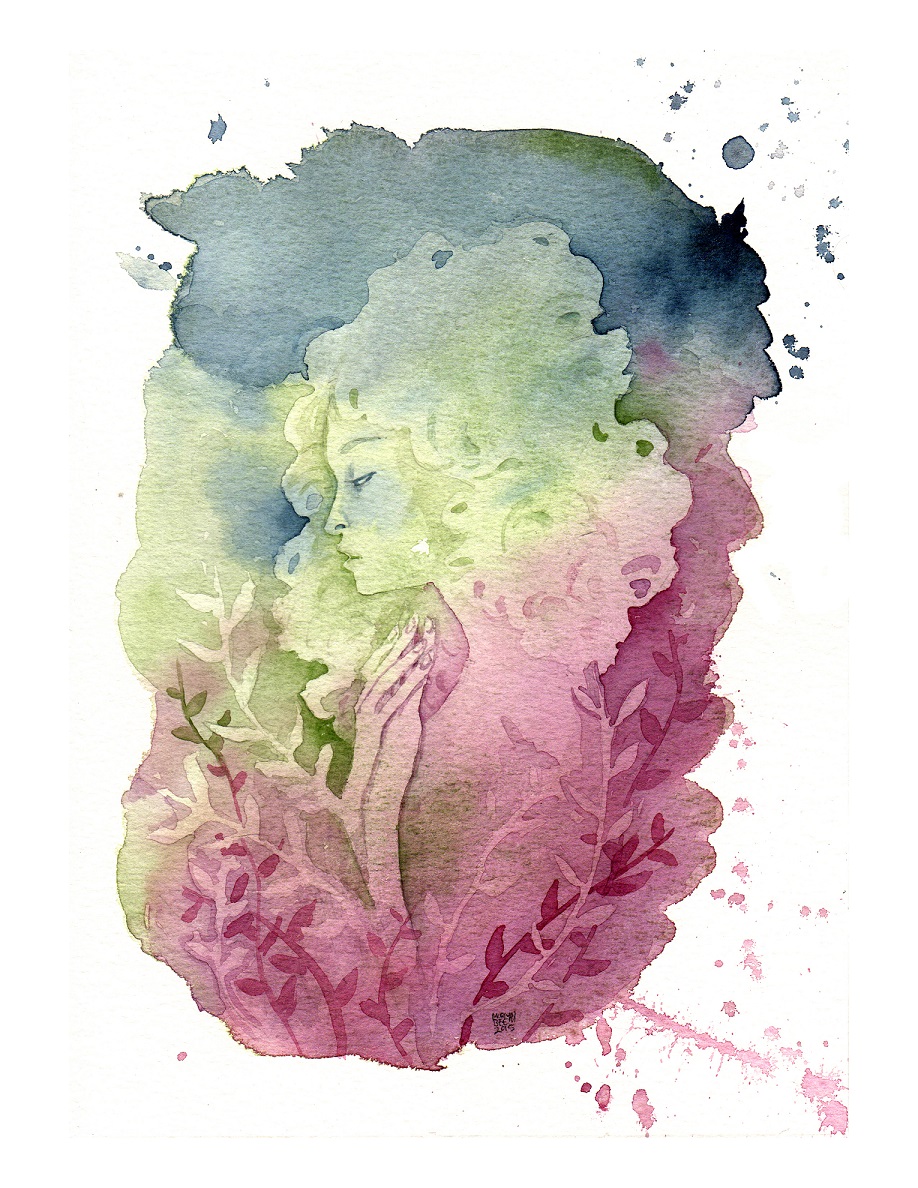 Beem is embarking upon a new graphic novel project with writer Jacob Semahn. “It is sort of a supernatural road trip story that deals a lot with grief, living your life for the moment and being okay with not knowing what comes next,” she elaborated. “I hope to continue to make a living making art, and at all times tell one hell of a story.”
Fans of independent artists, like Beem, are promised to be treated to two event filled days at DINK this weekend. According to DINK’s full programming schedule, the convention will serve up a formidable smorgasbord of discussion panels, artist and creator exhibitions and vendors to more than whet any independent art lover’s appetite.
For more information about the upcoming Denver Independent Comic and Art Expo click here.