David Cooley Makes His Art One Pin Prick at a Time

David Cooley uses wood, acrylic paint, resin and a needle to create his geometrically-inspired paintings that have a 3D twist. His current exhibition, displayed at Black Book Gallery in Denver, is called Warp & Weft. The words warp and weft refer to the process of weaving threads together to form fabric, something that obviously compels Cooley’s vision with his paintings. Weaving between control and chance, precision and luck, straight lines and organic curves, the pieces in Warp & Weft form the fabric of Cooley’s outstanding imagination — and it’s a psychedelic place. 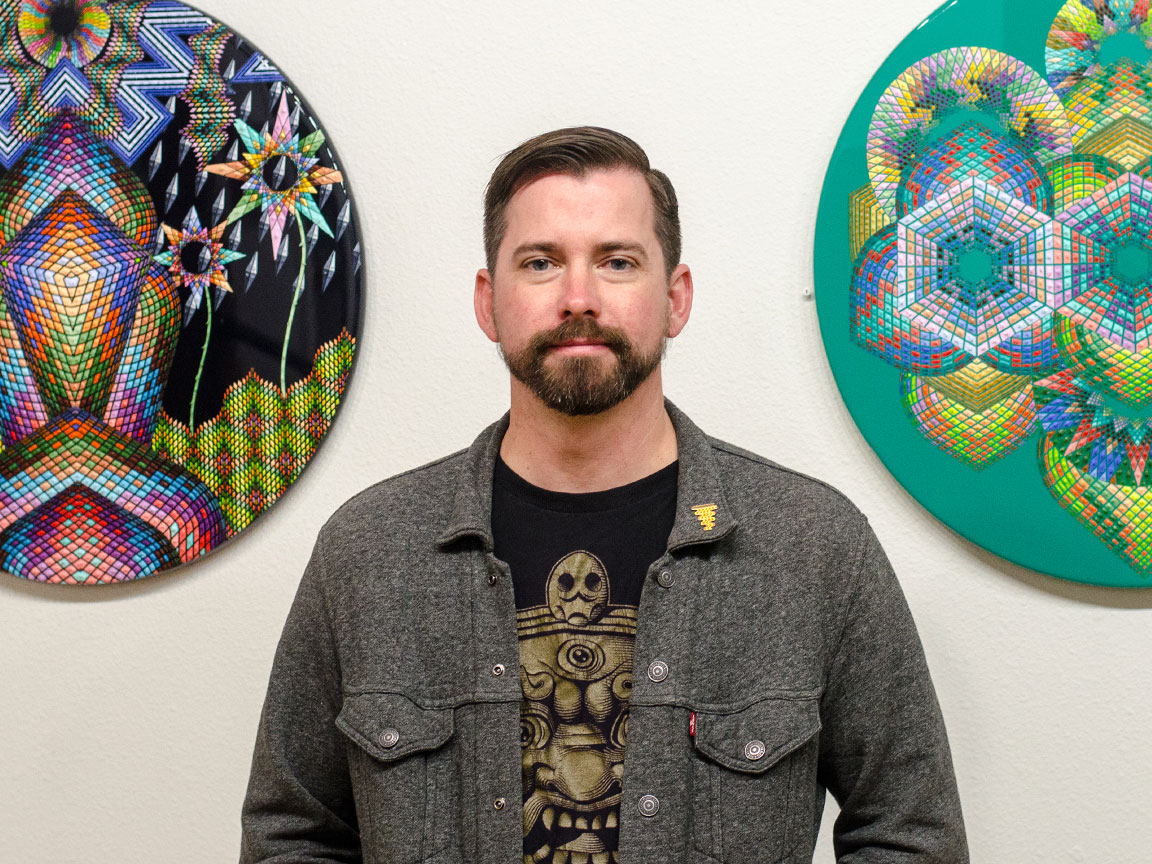 David Cooley in front of two of his pieces at Black Book Gallery.

In photographs and even in-person, Cooley’s designs appear digital with the near-neon color scheme and perfectly straight lines. The only way to truly appreciate the paintings is to see them in person. Only in person can one see the technique that sets Cooley apart from other acrylic painters — each dab of color gathered into a point, or ‘barb.’ He accomplishes this by plucking the wet paint with a needle. Because of this, his paintings take on a new dimension, making the viewer appreciate his time-consuming technique. According to Black Book Gallery, “the average ‘bit’ of color is less than a quarter inch in size,” which makes one think that Cooley must be hunched over his paintings with an unusually steady hand during the majority of the process. 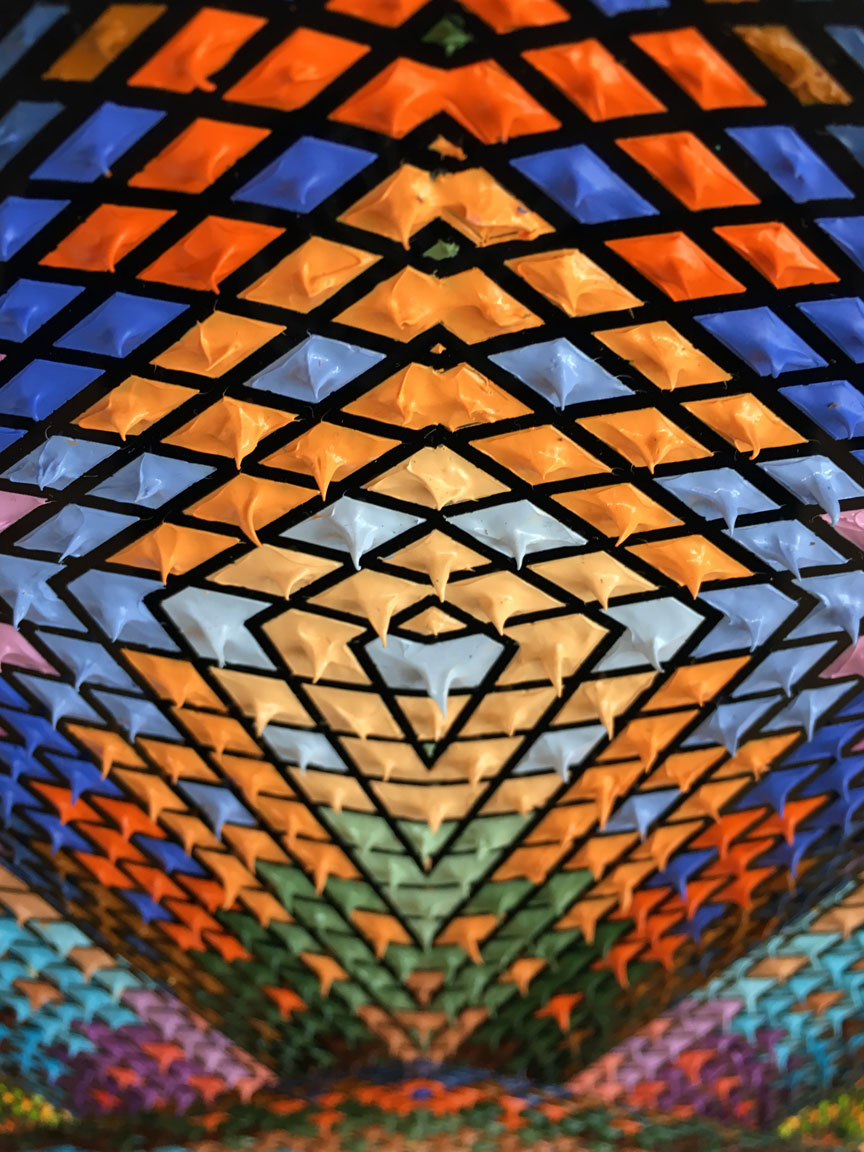 A reflective quality permeates the collection of Warp & Weft. Most of the paintings begin with a dark shade for the base, allowing the bits of color to pop by contrast. The color spectrum Cooley embraces, as well as this inherent contrast, removes the subjects of the paintings into a spectacular dreamscape. A place where earthly objects — like flowers and mountains — are seen in an otherworldly perspective. A kaleidoscope world. And the kaleidoscope idea is enforced with the paintings applied to circular wood panels. 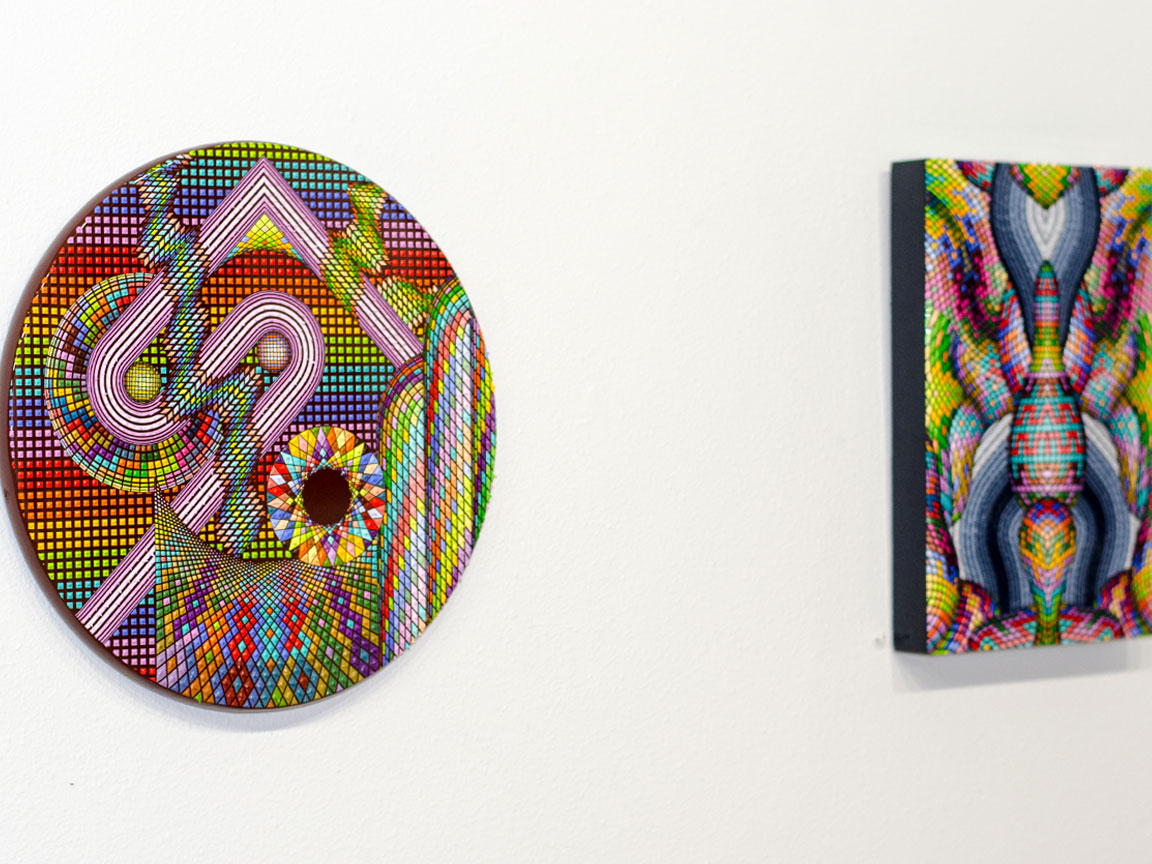 Along with the idea that Cooley’s designs appear digital, a futuristic-video-game-vibe exudes from the ones that include traditionally rendered objects, like the diving board and pool in a few of the pieces. Flat paint composes the diving board and pool, giving it a more realistic appearance, whereas the water of the pool and the sky mirror each other with beads of plucked colors. It looks like a perfect concept for a virtual reality spa, one that floats in a space station or other outrageously exotic locale. There’s a childlike wonder to Cooley’s paintings at the same time there is a huge amount of control and precision. The friction between the wonder and control he exhibits is intoxicating, trippy and downright admirable. 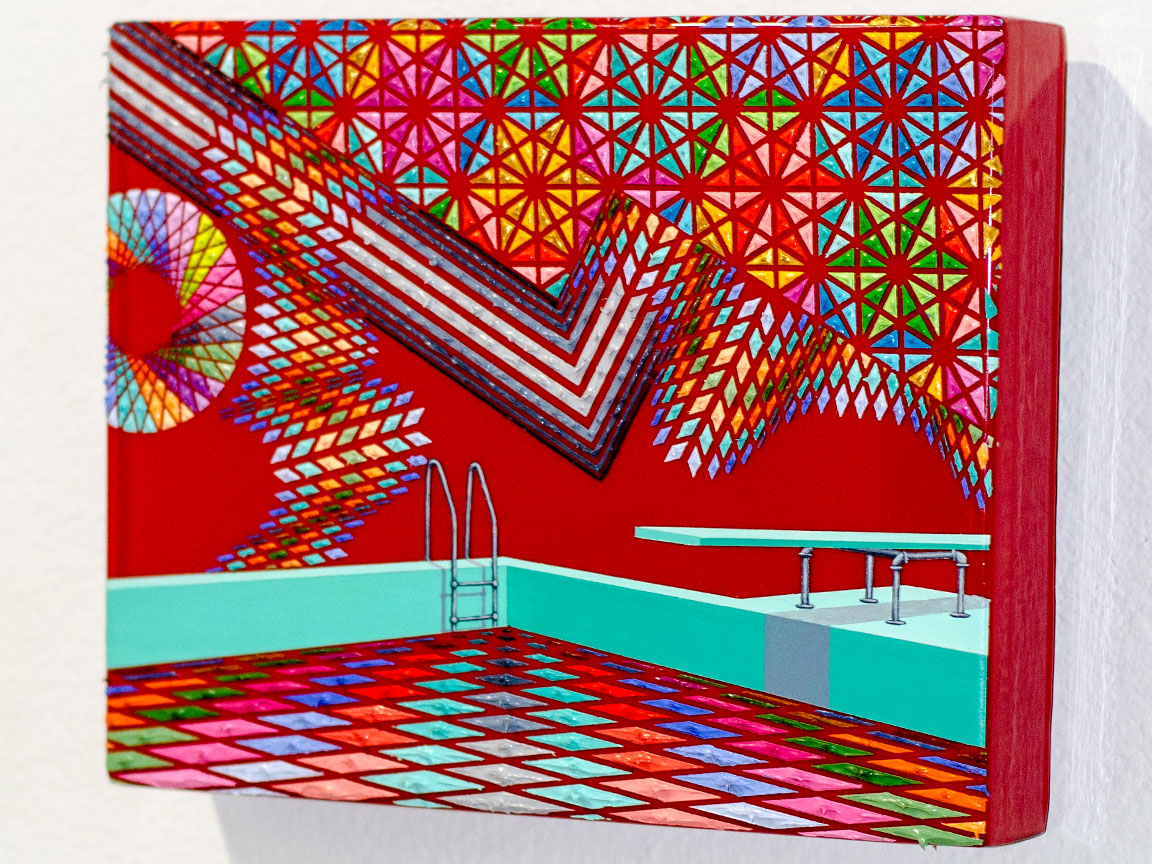 This marks Cooley’s third exhibition at Black Book Gallery in the last three years. The previous exhibitions resided in the smaller enclave at the gallery, whereas Warp & Weft occupies the main space. Cooley grew up in California and currently lives in Santa Barbara. See his work at Black Book until May 1. 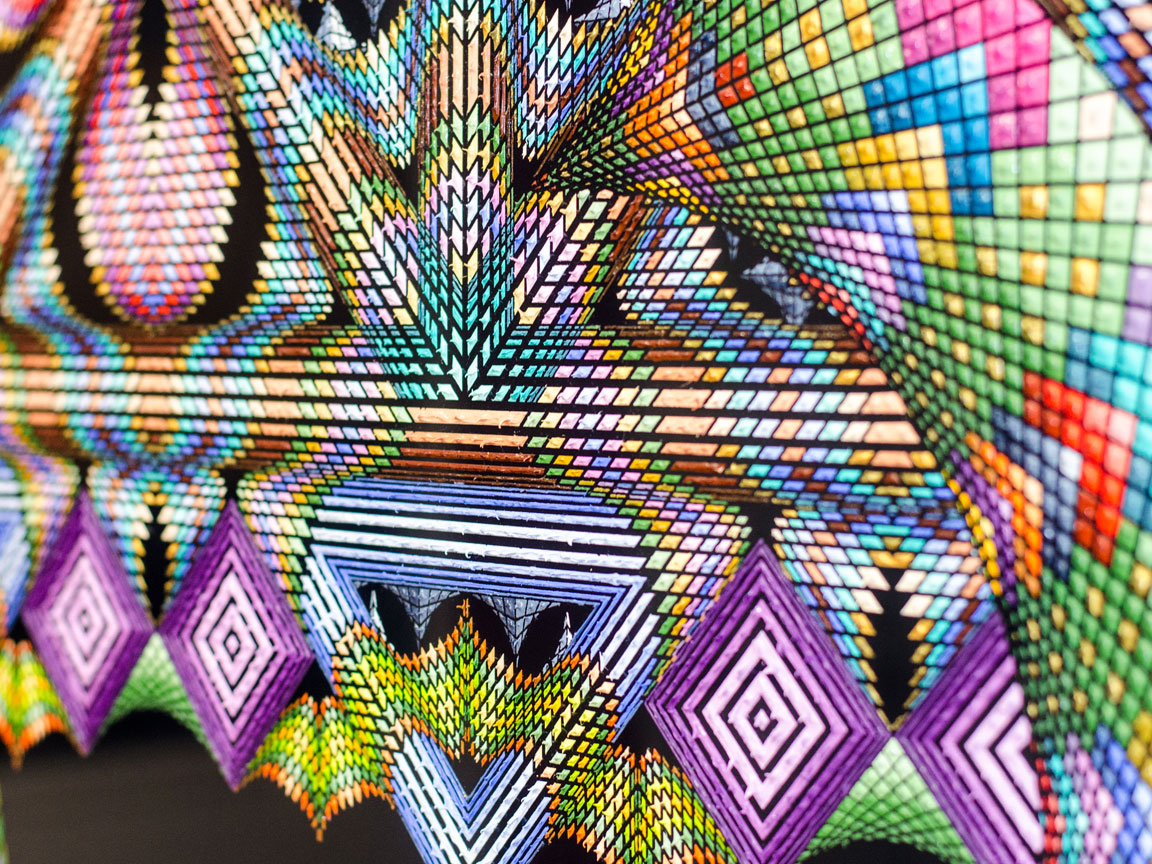