Denver’s population is growing exponentially, and with that growth comes an increasing number of visitors to Red Rocks Park. In order to manage this influx of tourists, hikers, concert-goers, film-watchers, yogis and more, changes are being implemented in order to maintain the environmental impact we have on Red Rocks.

With the Red Rocks 2017 concert season having kicked off last week, we’ve got the scoop on certain changes before your make your way over to the beloved venue. These changes, whether we see them as positive or a complete inconvenience, ultimately ensure that we’ll have access to Red Rocks for many years to come. 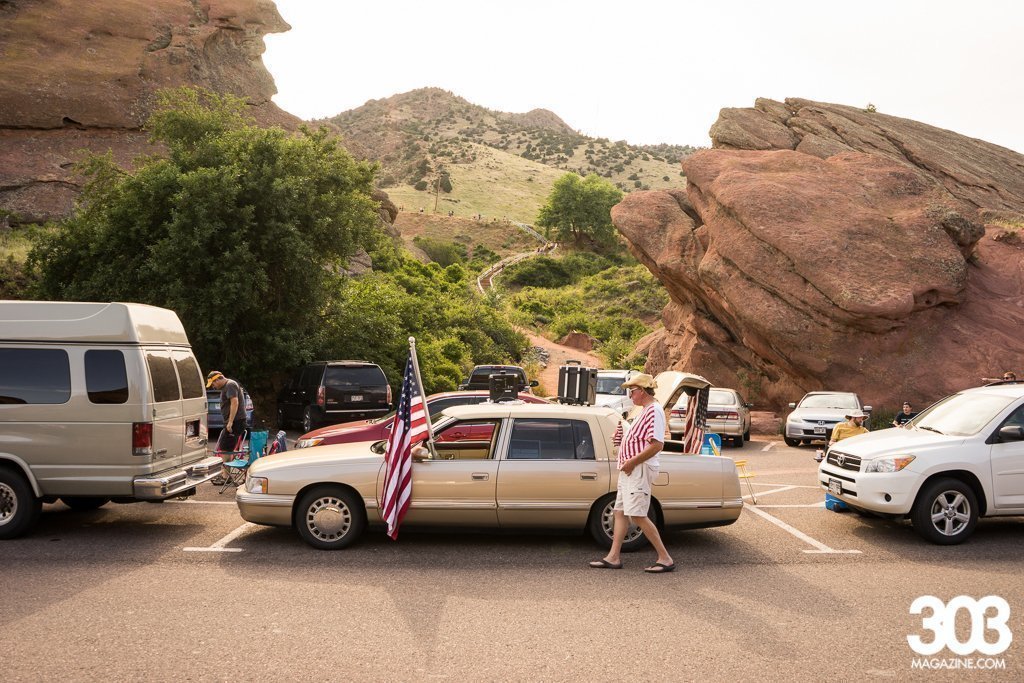 Red Rocks is one of the greatest venues in the nation, not only for catching live music but for practicing yoga or screening an old film with thousands of others. The iconic amphitheater is also the best for tailgating. We all know which lot our crew prefers to socialize at before making the trek into the venue, and we can all agree that the pre-show event is an important part of the Red Rocks experience. Things will change a bit for fans who like to start their Red Rocks activities in the Upper North lot, whose red-tinted gravel has already been paved over with cement. For now, Upper North is the color of asphalt, but by the end of the year, a top coat will be applied to match the natural color of our precious Red Rocks. But why the need for paving over, and why just one lot? The combination of the angle the lot sits on and the flowing storm water called for constant maintenance on Upper North, and these changes will help to make Upper North more environmentally sustainable, and more usable for us. Additional landscape features, such as extra sidewalks to help concert-goers maneuver around cars whizzing through the lot, are meant to improve the accessibility of the lot. 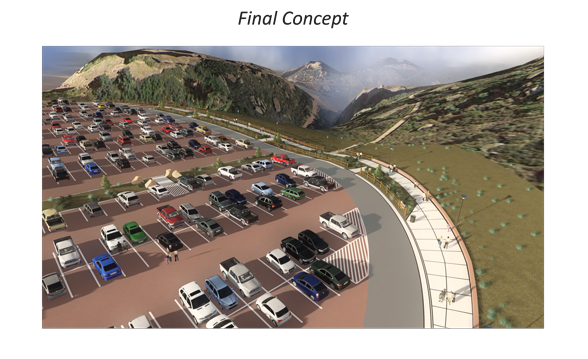 A Waterline Will Help with Erosion

That’s not all, though. In addition to the parking lot construction, a second project might hinder our ease of travel around the venue, but not during peak hours. A waterline is being put in place to better control the drainage of storm water and relieve the effects of erosion and will run from the Lower South Lot to the Trading Post, and then on down to the Box Office. Roads will stay open while the project is being completed, but occasional detours will be put in place during construction.

So, what’s better news for concert-goers this season? CID Entertainment has paired up with AEG and LiveNation to offer shuttles to and from both downtown Denver and downtown Boulder for folks headed to the venue for concerts and other events.  Though we’ve had the option of Bus-To-Show for some time now, the CID shuttle is predicted to be more organized and comfortable than its competitors. Though most of us squeeze five into a car for the rides to and from Red Rocks, but it’s still shocking to see how quickly and fully the parking lots reach capacity. With these shuttles, the areas surrounding the amphitheater may stay clean and smog-less for awhile longer. 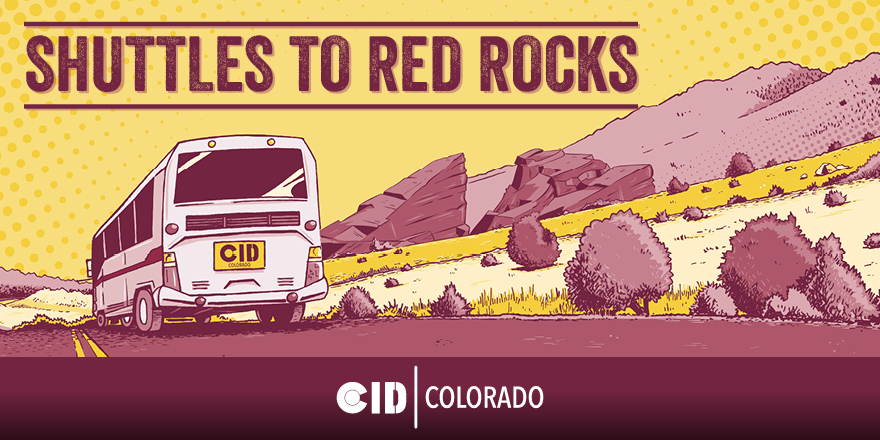 There are a number of locations for shuttle pick-up, with each location offering food and drinks specials prior to the departure of your shuttle. With the hustle of getting yourself and your crew to a concert, we’ve all forgotten to eat enough beforehand. Fortunately, Thirsty Lion Gastropub & Grill and Illegal Pete’s are two participating businesses who will offer food and drink specials to CID shuttle riders. Furthermore, snacks will be conveniently provided on the shuttles while en route to the venue. And although the shuttles won’t come stocked with booze, those of legal drinking age are welcome to BYOB. All that for the reasonable price of $35. Bravo, CID, for making reducing our carbon footprints look so stylish.

If you want to ride in real style, you and 13 of your homies can rent a private Mercedes van for approximately $50 a head. (And by the way, these private shuttles are “cannabis-friendly,” a perk the shuttle’s website boasts). Either option you choose is aggressively more environmentally-friendly than having those parking lots jam-packed on a nightly basis during the summer months. Between these changes, our dearest Red Rocks will no doubt be improving for the better — for us, and for itself as a natural wonder.