An Inside Look at What Happened at the Denver March Powwow

Now more than 40 years old, the Denver March Powwow has gained such popularity that it has grown to include 95 tribes from 33 states and six Canadian provinces. First observed in the 1800s by explorers pushing westward, powwows are inter-tribal social occasions, inviting Native Americans from across the United States and Canada to celebrate their ancient heritage. Denver’s annual event serves as a sign to the community that the Native American culture is flourishing.

“The Denver March Powwow’s purpose is to deliver the message that the indigenous people of North America are alive and thriving in America today through our dance, songs, stories, and food,” explained Denver March Powwow Executive Director, Grace Gillette. 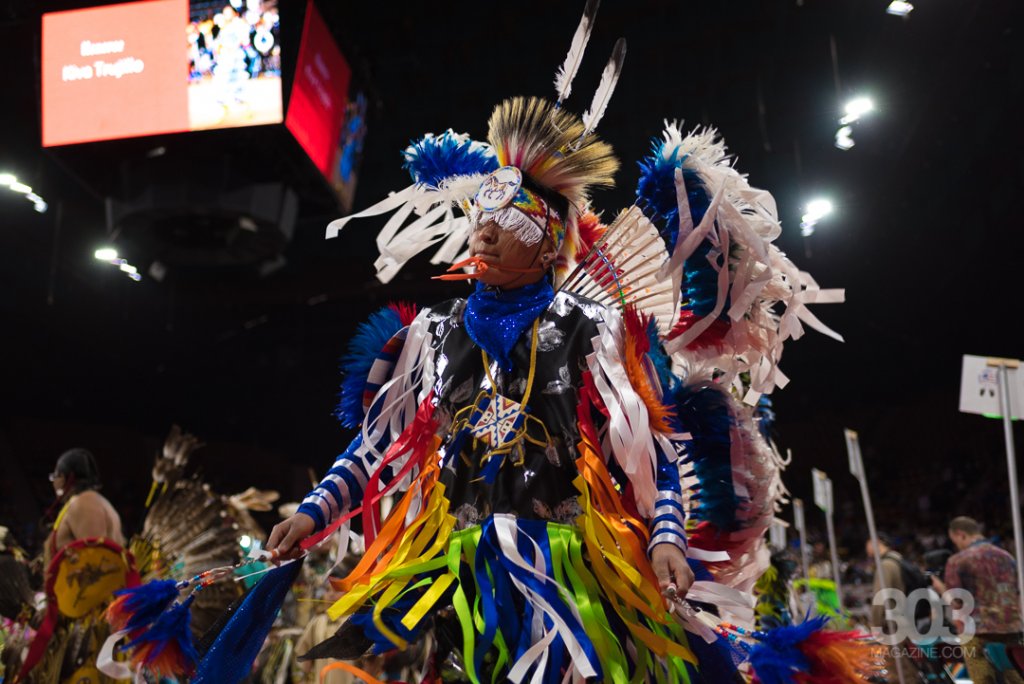 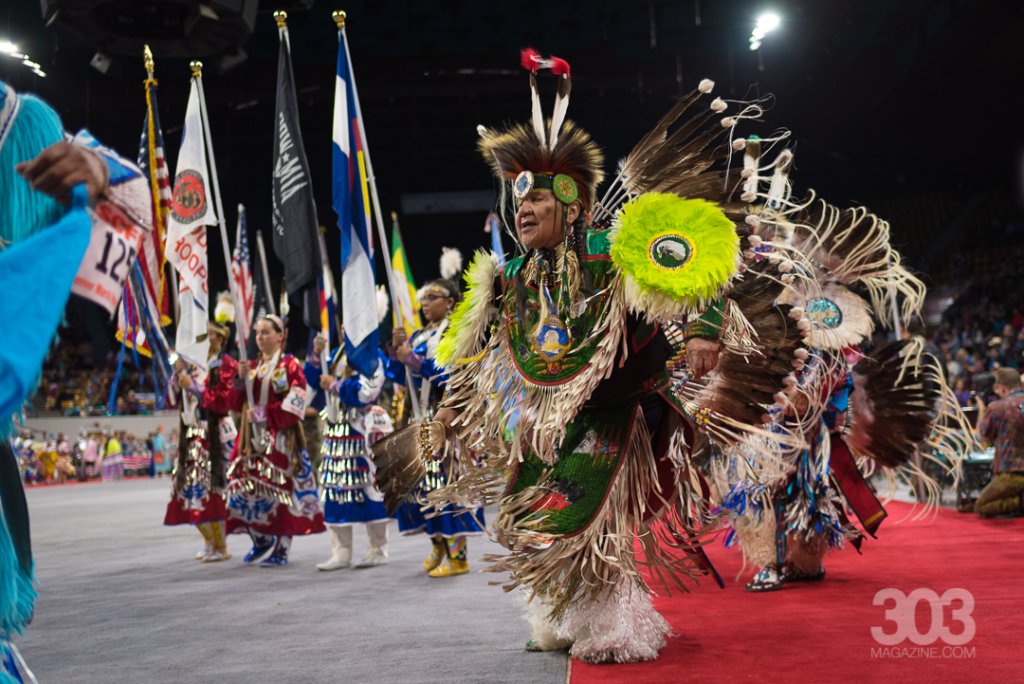 The procession includes a flag presentation and introduction of dancers.

Traditionally, the Denver March Powwow begins with a ceremonial procession called the Grand Entry. Sounds of rhythmic drum beats fill the air, and a few select tribal representatives melodically chant as royalty and dancers enter the coliseum. Men and boys wear fringe-trimmed regalia with breastplates made from quills, bustles made from hawk feathers and headdresses made from eagle feathers.

“Feathers were given for deeds of bravery, generosity, and acts of kindness,” said Gillette. “Warriors who were especially brave earned so many feathers that headdresses made from quills and otter tails were created to secure and display them.” Gillette went on to explain that although regalia can be a reflection of personal style, each detail of traditional clothing has a purpose and a deep sense of responsibility bestowed on the dancer who wears it. In many cases, the dress is a ceremonial gift from an elder or family member. 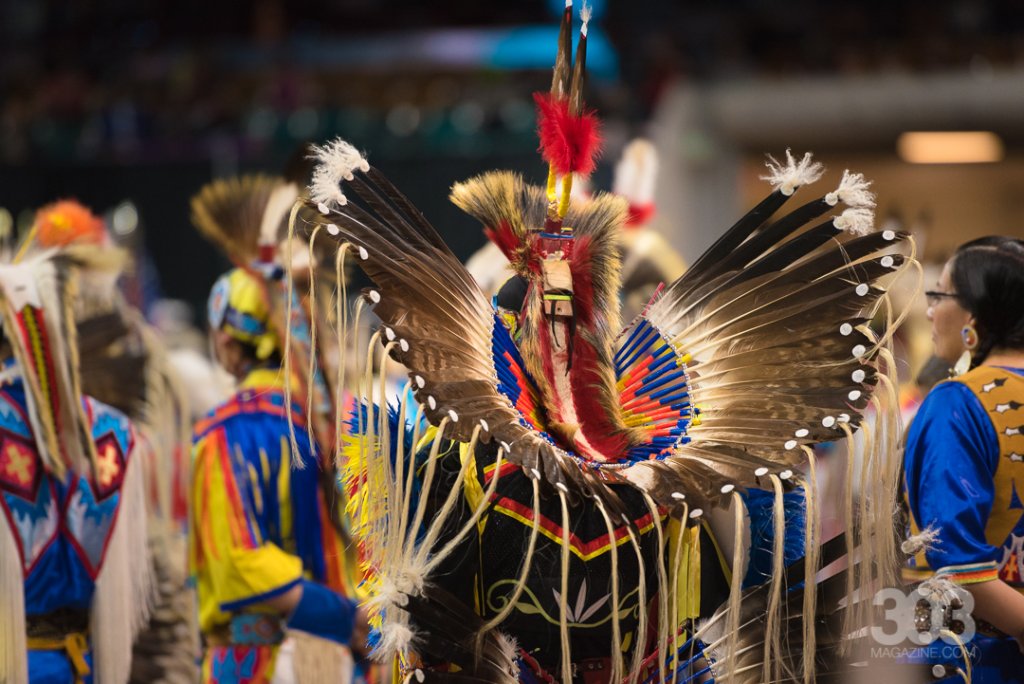 Bustles made of hawk and eagle feathers are part of traditional regalia. 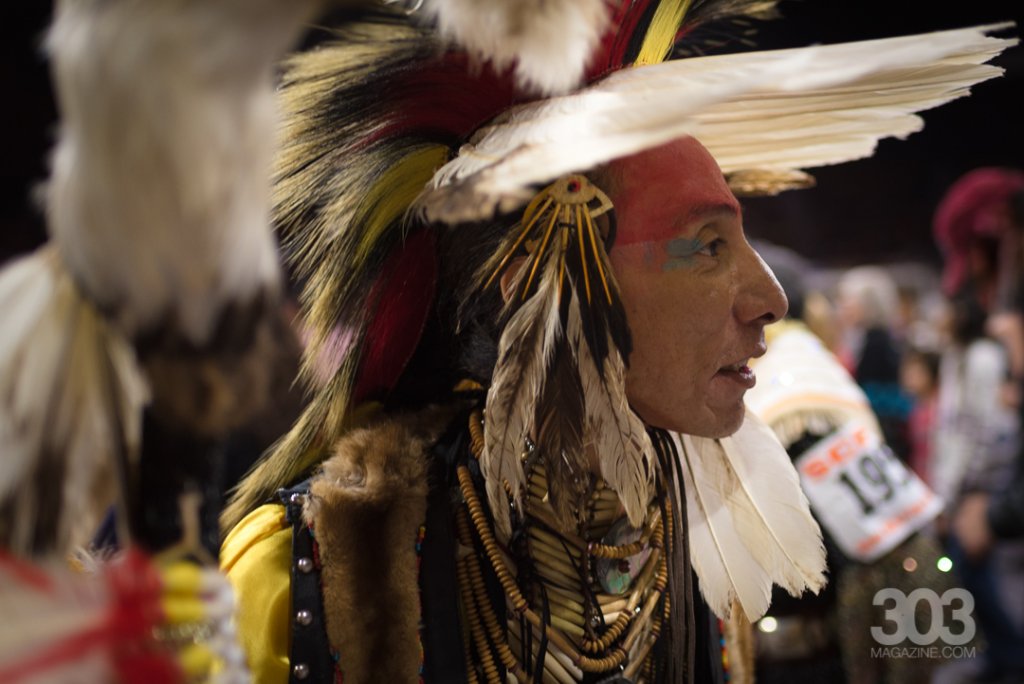 Each piece of traditional regalia has historical significance and meaning attached to it. 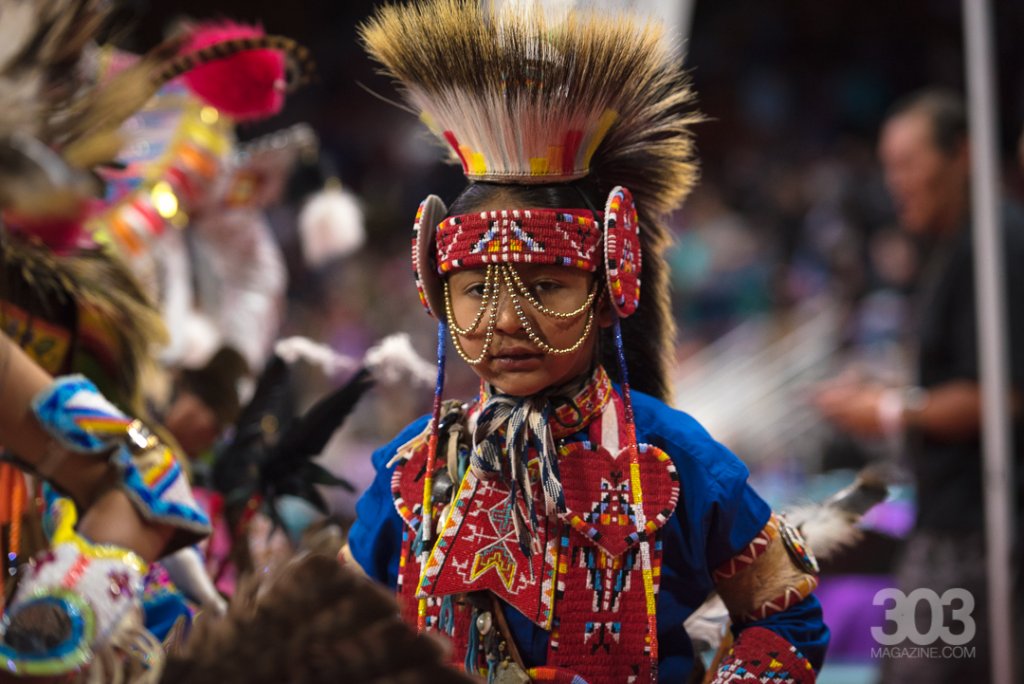 A young Native American boy waits to compete in an inter-tribal dance competition.

In contrast to the men, women and girls are covered from head to toe in brightly colored outfits showcasing elaborate beadwork and ribbon detailing. “Native American women are very conservative,” explained powwow royalty, Bernice Albert, whose Native American name is Yetco-Calmwater. “You will not see their ankles or even their necks. It is a sign of respect for their bodies and also for their elders.” Although they remain a very reserved culture, Albert thinks the younger generations of Native American women will continue to modify what they wear to show their unique perspective (for example see our review of the Native American Fashion Show that happened on the same weekend). 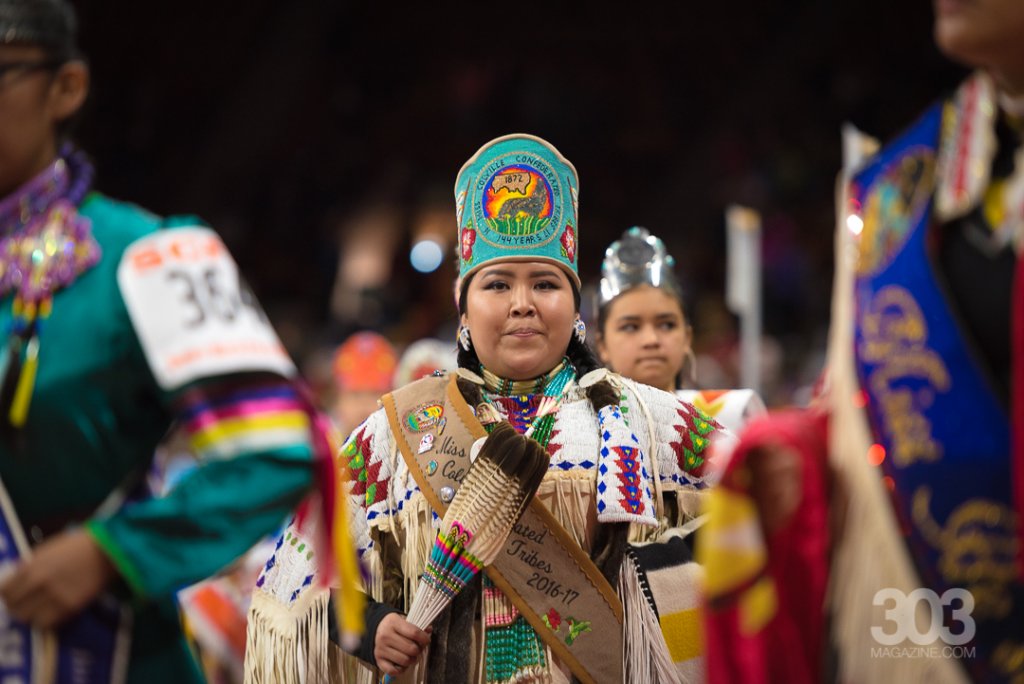 “I continue to see young girls expressing their own individuality in the fabrics, colors and patterns they choose for their outfits. Current fashion is really starting to dictate what we see them wearing at each powwow.” – Bernice Albert 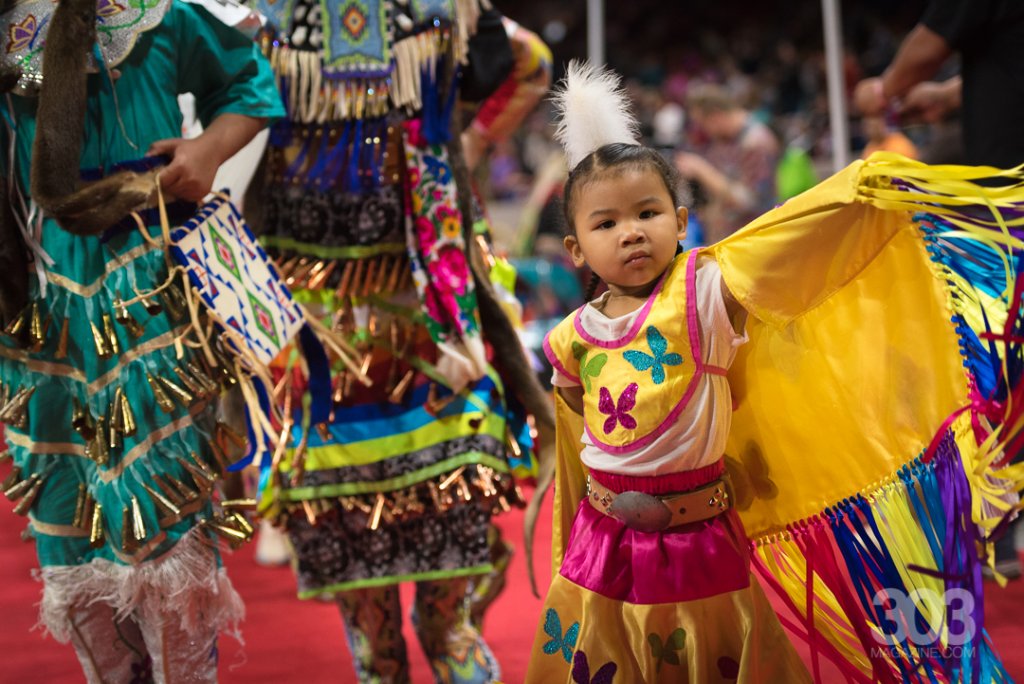 Native American girls can choose the colors and fabrics they wear for powwows.

What about pop culture’s embrace of Native American clothing styles? Every year, fashion round-ups covering festivals like Coachella feature outfits emblazoned with designs generally described as “tribal.” Participants don fringed crop tops and hats resembling headdresses. How does that interpretive style play out? Some may see it as a way to draw attention to a marginalized group. Others may feel it is a way to support a culture they admire, but that’s not Gillette’s take on it. “It is very disrespectful,” she remarked. “There is a disconnect between generations now, and what they don’t understand is what they are wearing looks like Halloween costumes to us, rather than heirlooms we’ve passed down from generation to generation.”  However, Gillette went on to say that today’s society of young Native Americans maintain the symbolism of traditional attire. Some even celebrate accomplishments such as graduating high school with an eagle attached to their mortarboard. The feathers are ceremoniously given to them by tribal elders. 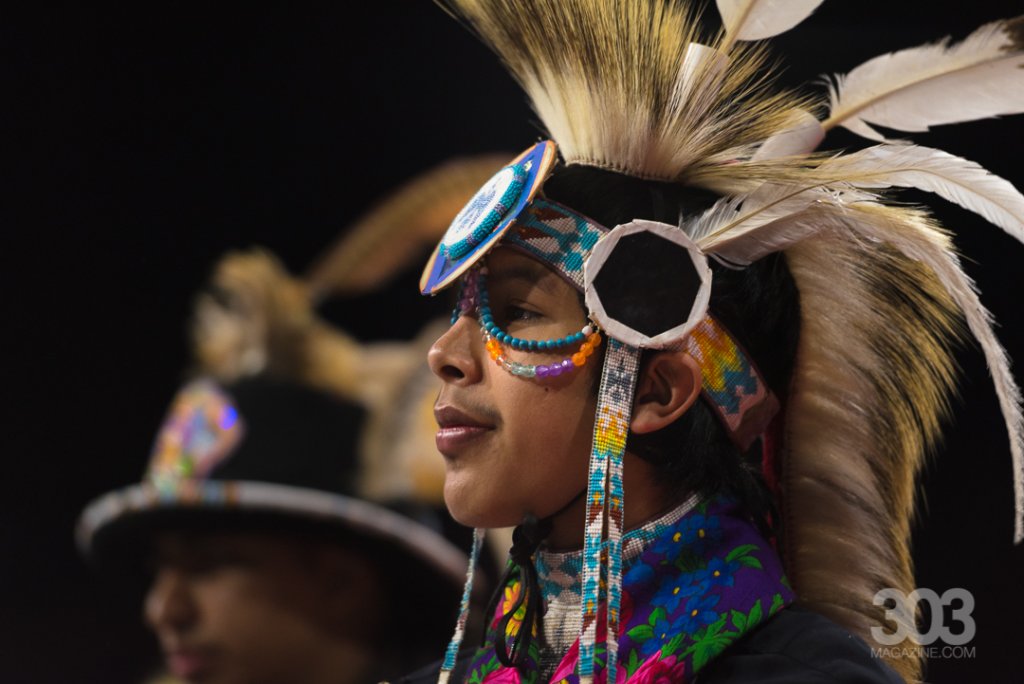 Powwows in various forms have been around for hundreds to years, and after attending the Denver March Powwow, it is easy to see why. Tribes communicate with each other and with attendees through symbolism. Every item of clothing they put on represents a piece of who they are and where they came from. Every dance they perform conveys a story. It all comes together as a mystical experience, during which the importance of diversity and inclusion is palpable. “We are more than happy to share our beliefs and culture,” commented Gillette. “When we develop and understanding that we are all basically the same, we can all come together in peace.” 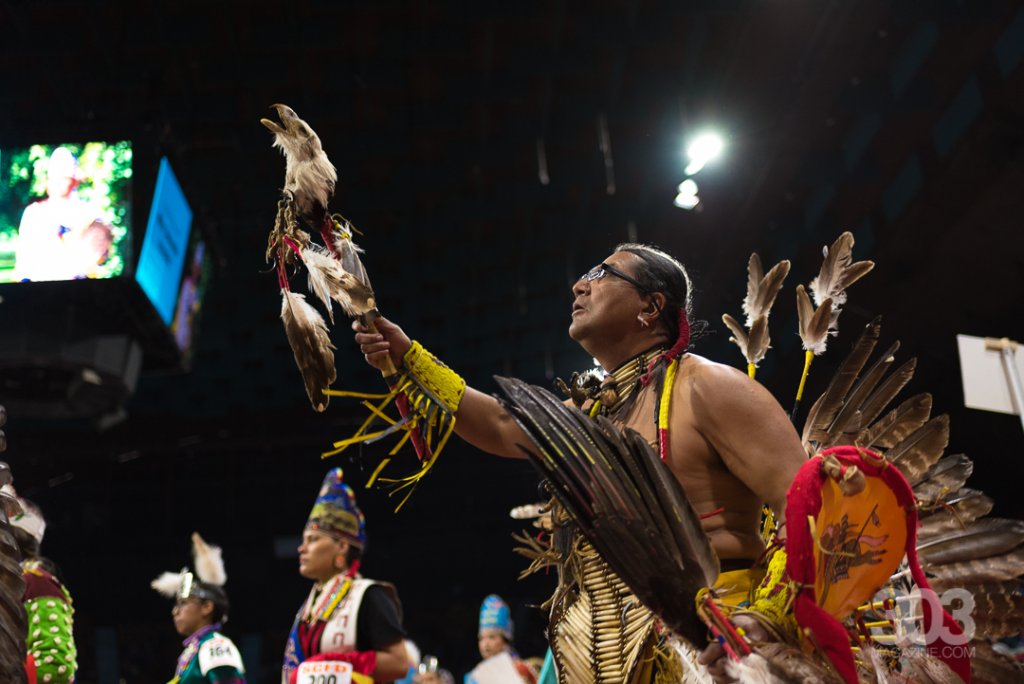