Vinyl, The Granddaddy of MP3s Makes a Comeback

I remember seeing pictures of my grandparent’s mid-century record playing stereo in their living room as I looked through their photo albums, not really understanding its purpose. It was a beautiful piece of furniture and undoubtably the centerpiece of their living room. I started to wonder what happened to grandma’s stereo and the spun vinyl discs that used to bring music into their home and many others from the 1950s to the 1990s.

Turns out, the stereo was moved out and replaced by eight tracks, cassettes, CDs and eventually mp3 players. The vinyl records were placed in a box to be stored in the basement or garage. DJs followed suit, adopting digital media for their performances as well. When was the last time you saw a DJ booth that didn’t have a laptop? 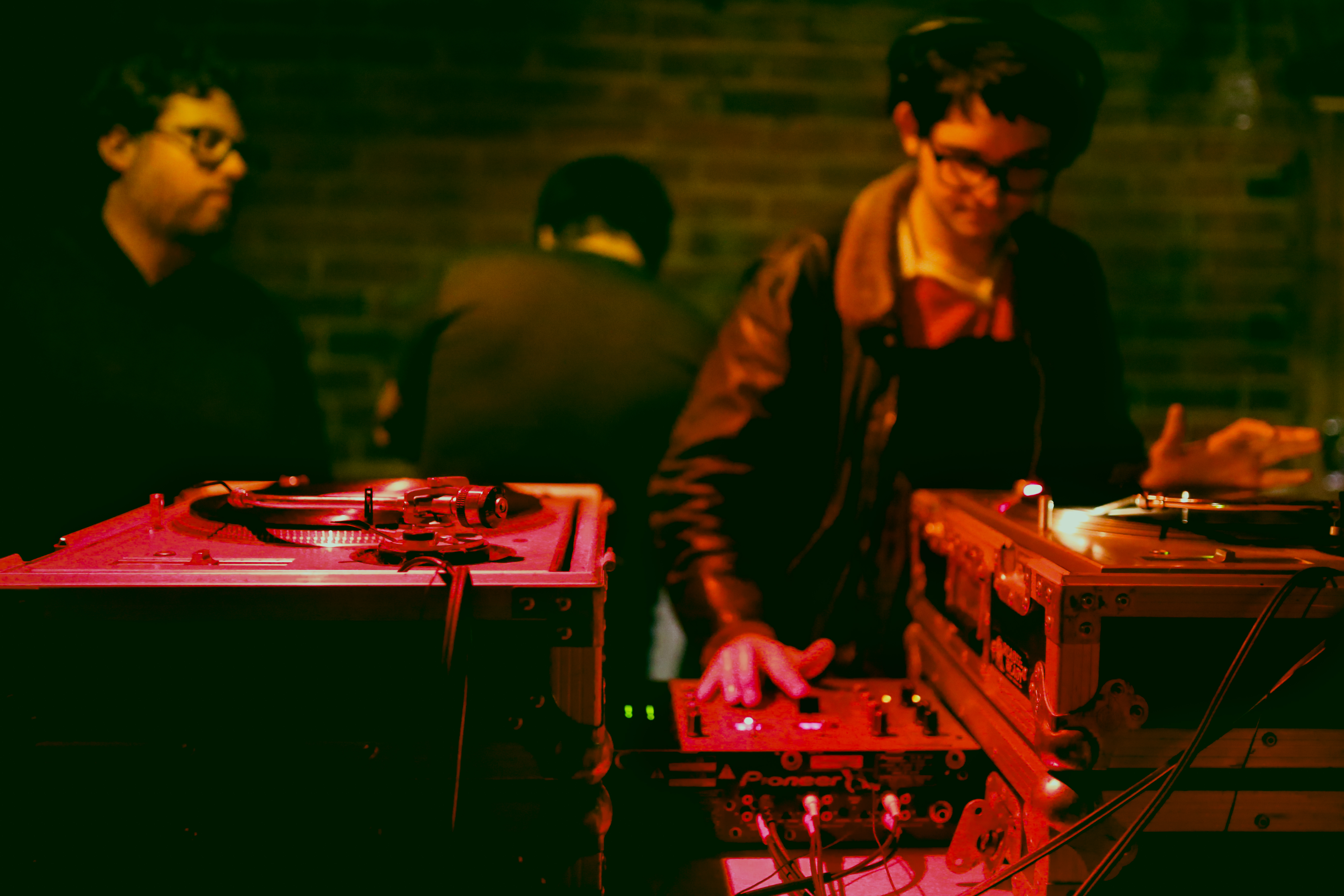 Justin Couch and Michael Sechman. All photography by Danielle Webster.

However, vinyl has made a noteworthy comeback in the last decade, with sales escalating from just shy of one million to almost eight million in 2014 in the U.S. alone. On December 5, 2016, thevinylfactory.com reported that the Entertainment Retailers Association (ERA) had disclosed that more money was spent on vinyl album sales than digital album downloads in the UK in the previous week.

So why does someone in 2017 choose vintage vinyl over modern small compact and portable digital audio? The same reason grandma couldn’t give up her record collection, they love the warm, full-fidelity listening experience provided by a turntable and the culture of acquiring vinyl versus digital. 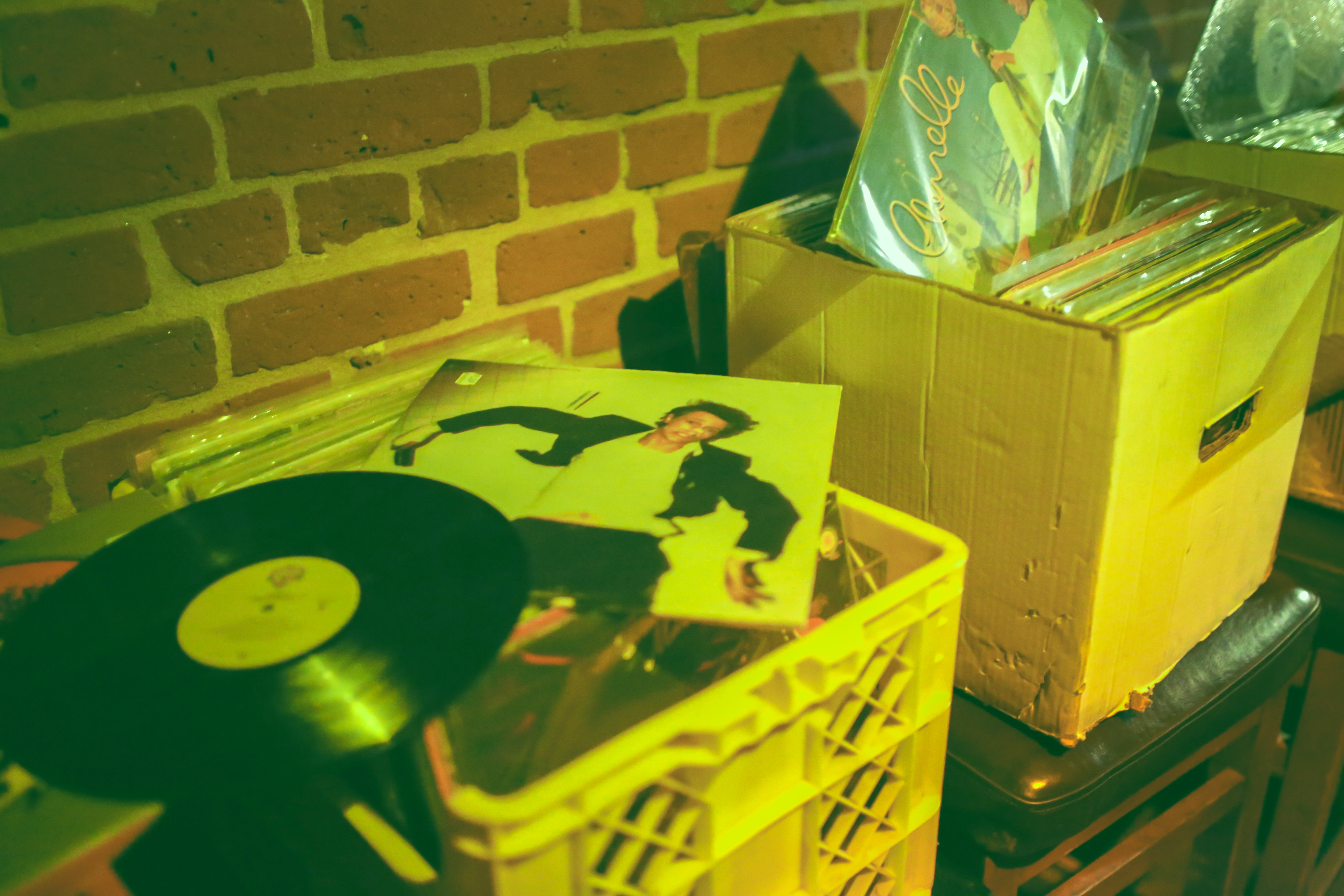 To better understand the vinyl phenomenon and how it’s evolved in Denver, I recently spoke with Justin Couch, who has experience as a vinyl DJ in the metro area.

His DJ career started when his band, Quantum Creep participated in a weekly DJ night at The Skylark. He starting DJing there several times a month to a handful of regulars and some of his friends. He also had opportunity to DJ at the Dikeou Collection Gallery and some private events. About four years ago, he committed to doing all vinyl and never looked back. Eventually he started meeting other people in the vinyl scene which led to the collaboration with his current DJ partner, Michael Sechman. 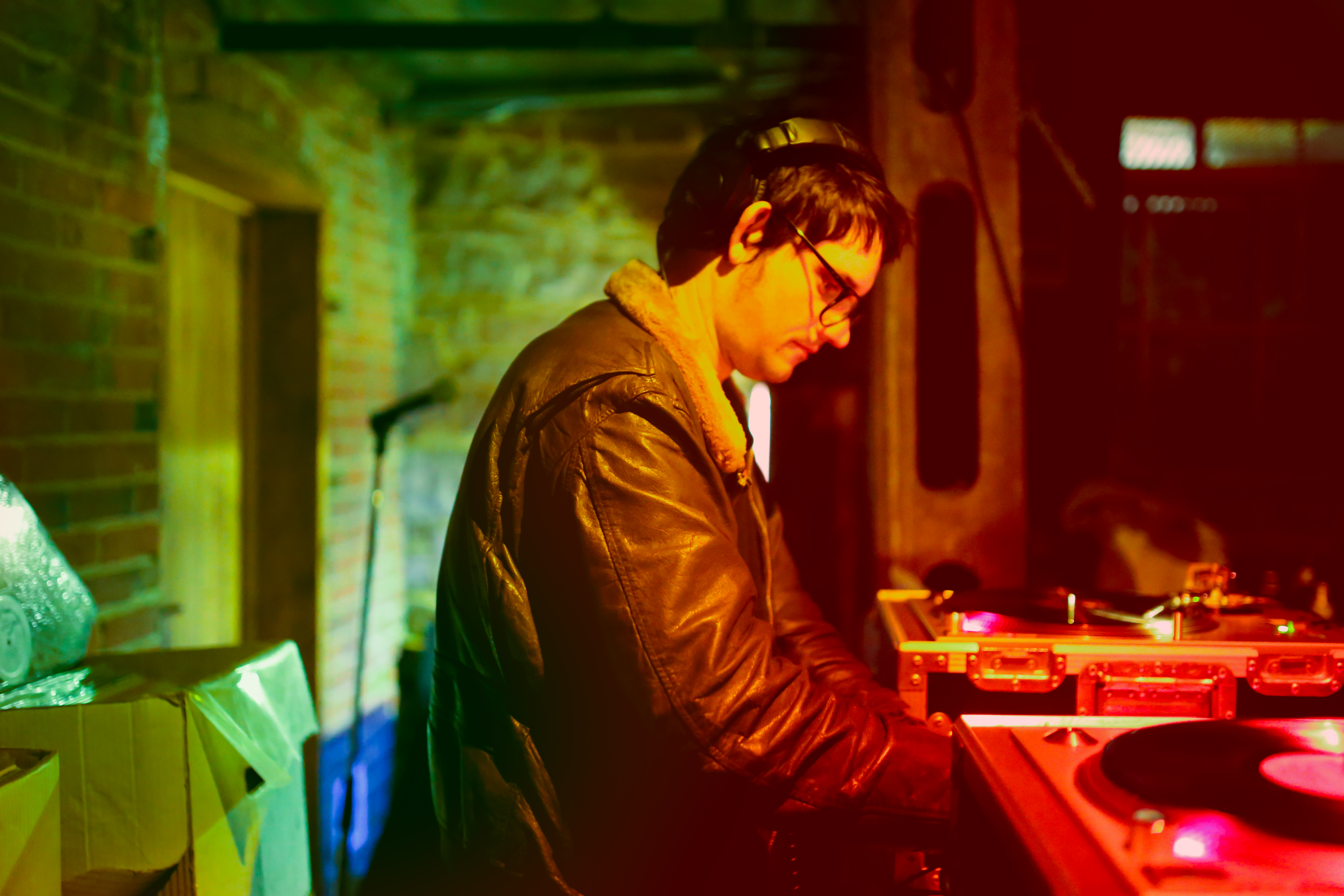 Couch sees DJing as a way to express himself and share his love of music with others. He classifies collecting records as a hobby and DJing as a performance.

“I’m an introverted person by nature, so there’s something really cool and powerful to be the guy controlling the vibe of club or party by just playing music. I can stand in the DJ booth with my headphones on watching everyone do their thing and not talk to anyone while still being this force in the room.” –Justin Couch

He believes that the popularity of vinyl DJing is increasing in the Denver area as more and more people in a new generation become exposed to vinyl. Getting started with vinyl can be expensive. DJs and collectors must have a greater knowledge of music history to assist them in making good investment decisions. He mentioned a recent study conducted by the Audio Engineering Library “The Effects of MP3 Compression on Perceived Emotional Characteristics in Musical Instruments.”  The results showed that mp3 technology strengthens neutral and negative emotional characteristics and weakens positive emotions like happy, heroic, romantic, comic, and calm. The research also states that some instruments are more affected than others. 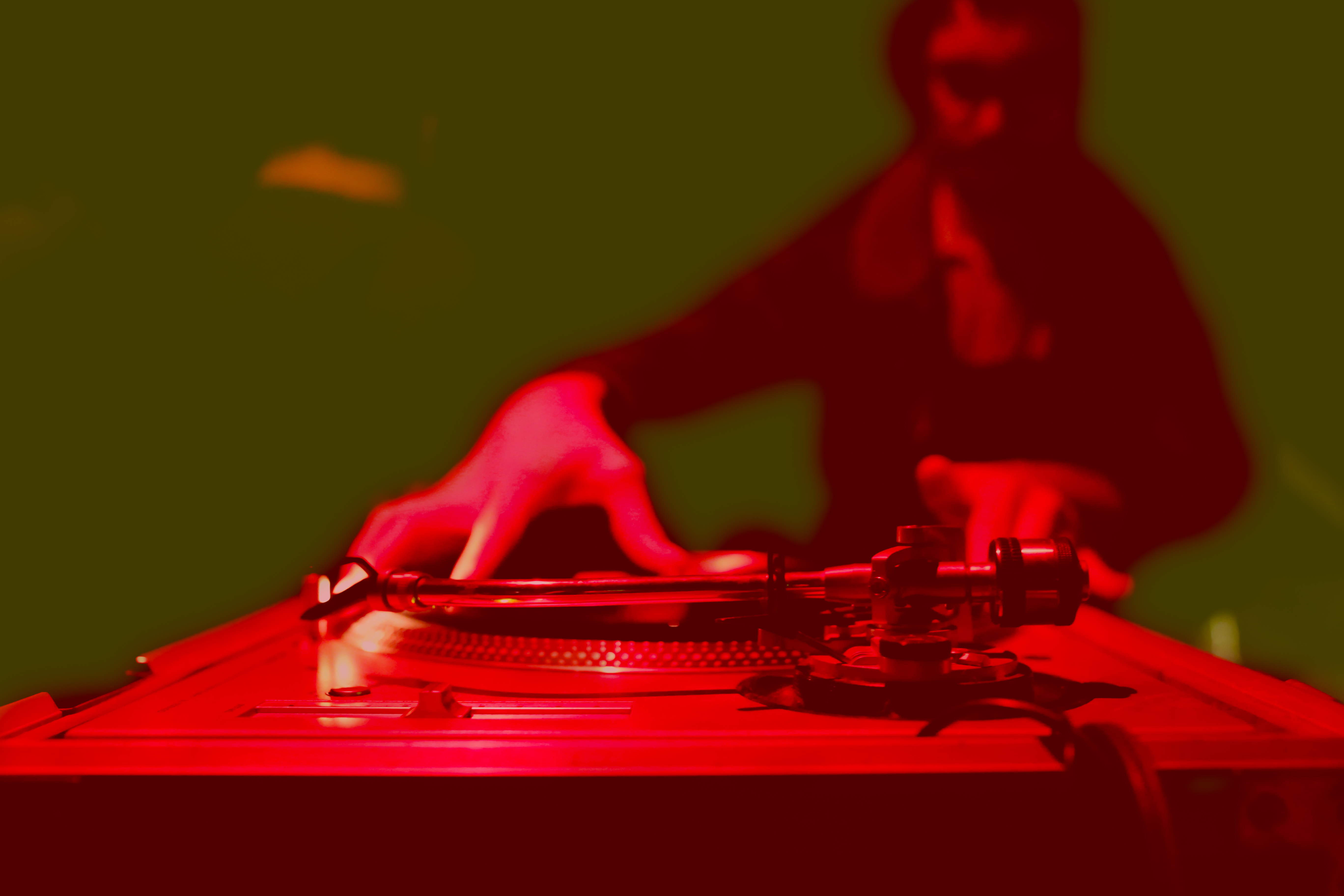 The culture of seeking out vinyl records is a completely different experience than downloading music to your computer or phone. Nowadays, when creating a playlist, it is easy to look up trending music online. While searching through vinyl records, the process tends to be much more personal. Finding the perfect purchase at a record store is an exhilarating moment that is getting lost in the generations that are so heavily exposed to instant gratification associated with iTunes and Spotify being a click away. For a vinyl DJ, the hardest part of preparing their sets is deciding which records are worth the purchase and storage.

“When I go out to DJ I typically bring about 200 records. That may sound like a lot, but when compared with how many MP3s I could fit on a hard drive or stream using Spotify, it’s a drop of water in an ocean. I find that being limited makes me more creative.” –Justin Couch 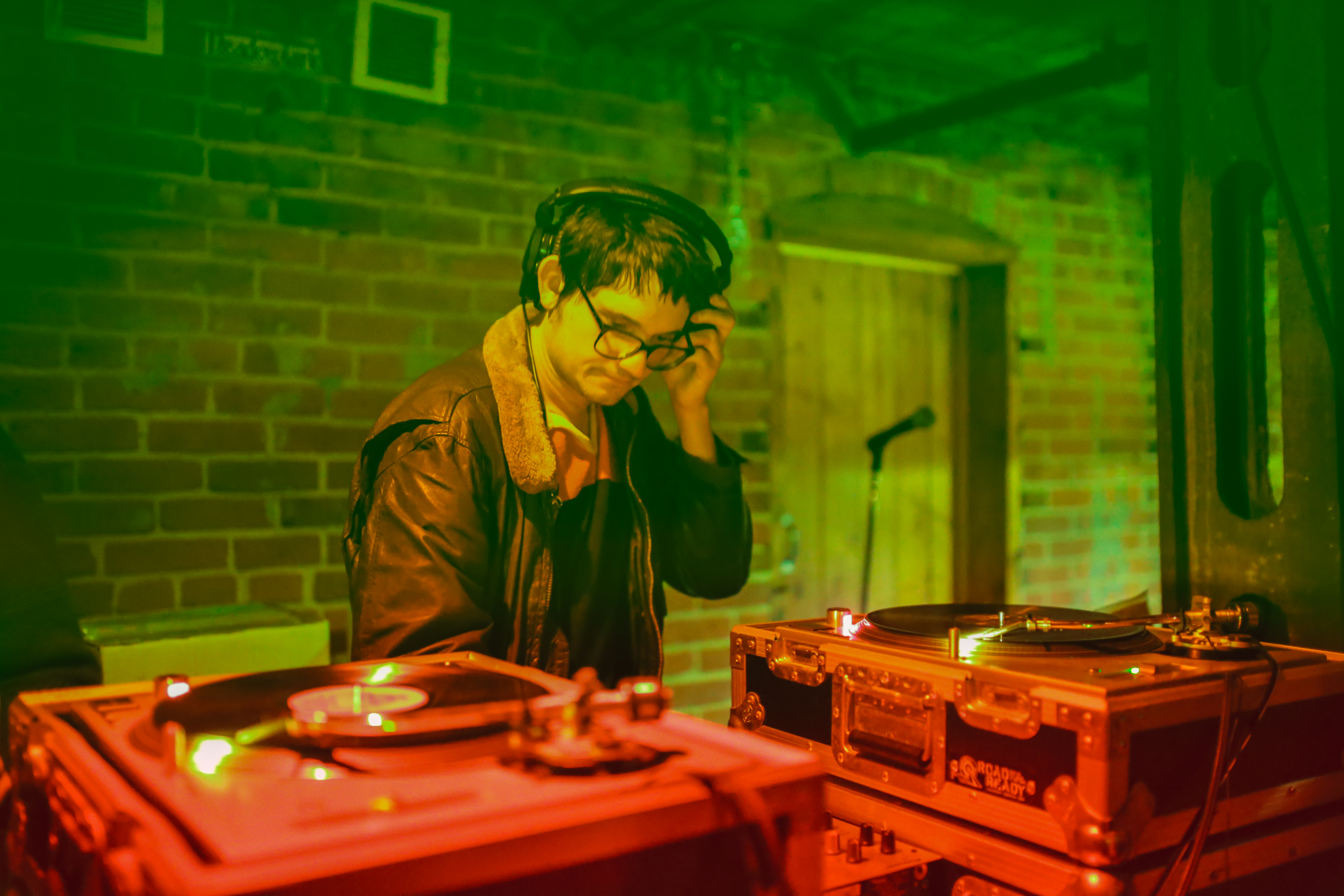 There is a growing community of people that purchase, collect, and resell vinyl records. No matter how much technology continues to improve, these individuals will always hold onto the vinyl records they have invested in throughout the years. I think it’s safe to say vinyl DJs won’t be going anywhere, anytime soon.