New York-based comics Krystyna Hutchinson and Corinne Fisher have been doing comedy long before their anti-slut shaming podcast, “Guys We Fucked,” became popular. They’ve taken their humor and created a platform to mediate a worldwide discussion about sex. Not just sex, but the existing diversity within the full realm of realized and undiscovered sexuality.  The defining aspect of their podcast is that it comes from the voice of women and advocates for worldwide feminism, which does not exclude men. A big part of their mission is to diminish the unnecessary shame that so many experience. There is no expiration on one’s sexual curiosity, for sexual growth continues long after puberty. So why should it ever be difficult to discuss sex? Hutchinson and Fisher insist that it isn’t and to let them be the first to initiate the conversation. The impressive duo is currently completing a nearly sold-out international tour.

“People carry a lot of shame on their shoulders, and it’s not something we really knew as much as we know now.” 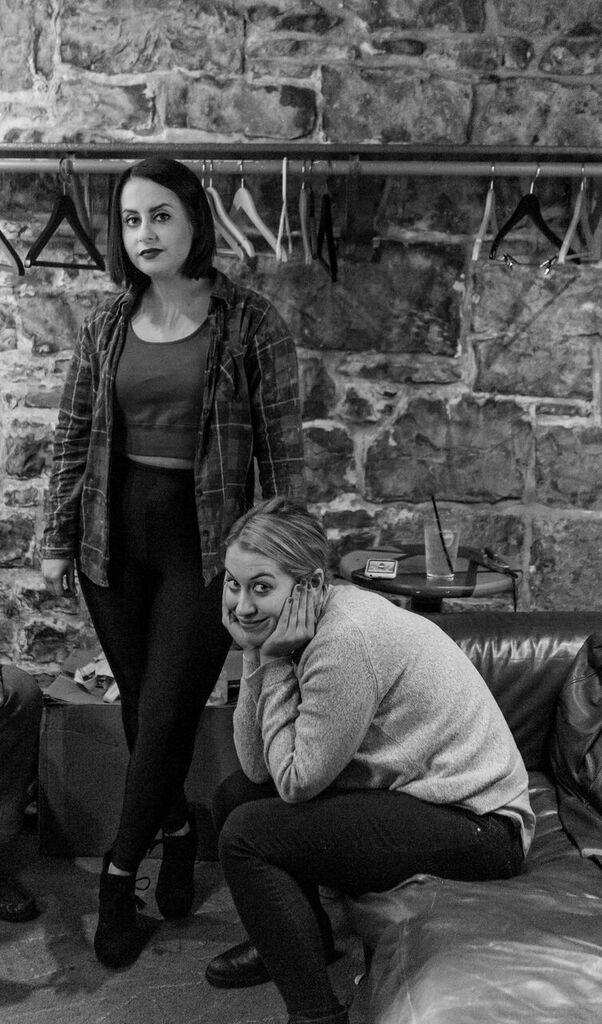 303 Magazine: Can you describe what slut-shaming is?

Krystyna Hutchinson: Slut-shaming is when you make a person feel bad about the choices they make about their body and their sexuality. Usually, it happens because they are attracted to the person and the person rejects them or there is some sort of jealousy.

Corinne Fisher: Slut-shaming is when you don’t mind your own fucking business about things that don’t concern you in the first place.

303: Why do you think it is important to have an open dialogue about sex?

KH: People carry a lot of shame on their shoulders, and it’s not something we really knew as much as we know now. We hear this from listeners all the time via e-mail, and when we started doing the podcast and people started emailing us, we realized that people are carrying a lot of weight of guilt and shame on their shoulders about sex stuff specifically. Then you look back at the roots of that and [realize] no one talks about it. People think they are the only ones who do certain things or who like certain things, so they feel bad about it.

CF: This weird thing exists in society where we are made to feel bad about things that are enjoyable. And it’s not just sex.

303: You’ve said that your vaginas are political. Can you expand on this?

KH: There’s a group of people in our country who make laws about what we can do with our vaginas so, unfortunately, they’re very political, which is bullshit. As long as there are people in this country who are legally telling me what I can and cannot do with my vagina then it’s political.

303: How do you think having a comedic twist to your podcast helps talking about sex?

CF: Comedy helps talk about anything that’s marked as difficult to talk about because comedy brings all your insecurities, every negative thought you’ve ever had to the forefront. So once it’s on the table there’s nothing hiding in your body. There’s no shame that you’re harboring.

303: What advice would you give someone who is wanting to support a feminist?

CF: You should also be a feminist! Are you a monster?

303: What has been challenging about the tour?

KH: I had the idea that with this tour specifically doing two shows most nights and then a plane ride a day would be really challenging. But it’s really fun. It’s totally doable. Sometimes I think that things are not doable and I get stressed out prematurely, but it’s totally fine. 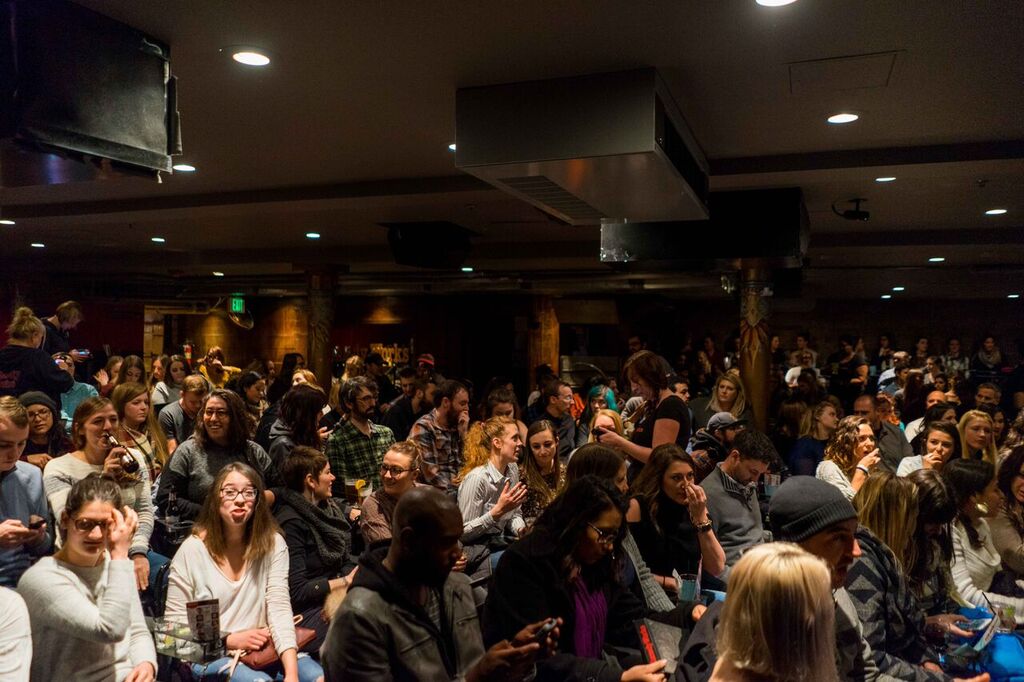 303: What have you learned about yourself, your audience, or society?

KH: One piece of feedback I’ve noticed we’ve been getting from the staff members at the comedy clubs who have been watching the show is they can’t believe that people just go up on stage willingly without even hesitating and being really honest about shit. I didn’t even register that as strange until I kept hearing it night after night [because] it’s just so natural for Corinne and I to be open. So I think that it’s really exciting to have a group of people together who don’t have any embarrassment or shame about their past, their stories, or whatever their sharing, and they share some heavy shit with us.  Really heavy.

303: Do you ever experience compassion fatigue?

KH: After the show, we say hi to everybody who wants to say hi to us, and a lot of times they will tell us something bad that happened to them (sexually) and how the podcast helped them. In that moment if they tell us something horrible like they were raped three times or whatever it was, it’s really sad and heartbreaking, but then you learn to say that happened. She’s gonna be fine. We’re going to be fine. I’m surprised that I really don’t carry it with me at all. I think that’s really unfortunate that happened and I stay in the moment with that person and when that moment is over and I’m in my hotel room trying to go to bed, I go to bed.

CF: That’s a skill. I already kind of had that skill before we started the podcast. I stopped watching the news a long time ago, not because I didn’t care, but because I would get so upset and think about huge problems that one individual person cannot fix.

KH: The news does that to me more than the emails and the people after the show.

CF: I get sad because rape and sexual assault are the ones we get the most. They are happening so frequently that two people who co-host a sex podcast sort of become immune to it, to hearing it in a way.

KH: It’s so fucked up and it still pisses me off, but I feel like a much more worldly citizen by hearing from so many people around the world about all the problems. I feel like I understand the state of peoples relationships to their own sexuality throughout the world. 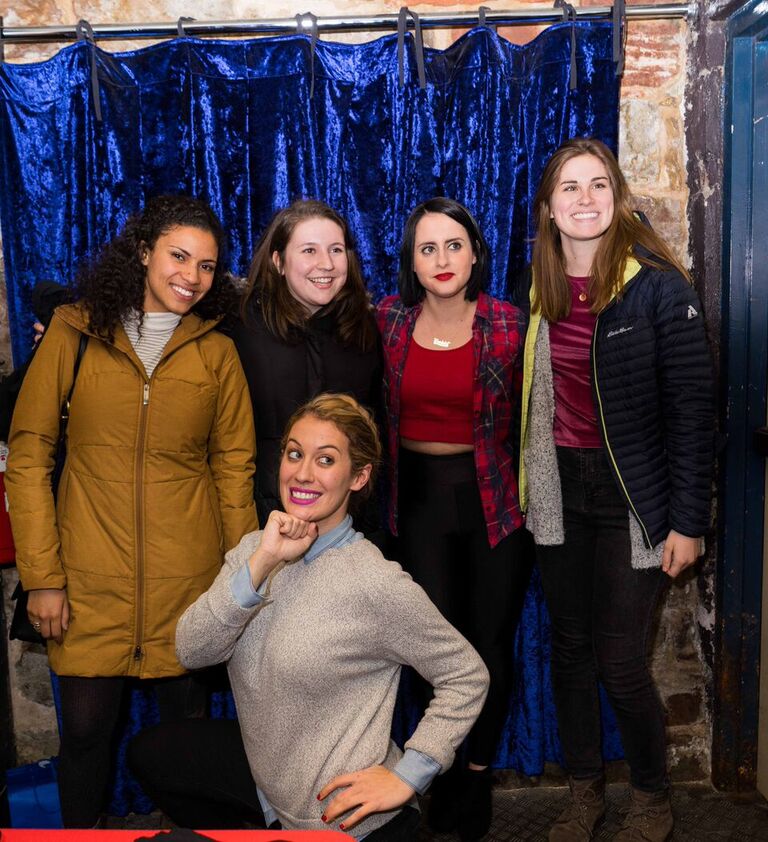 KH: We have stuff in the works.

CF: A lot. The normal stuff you think that would happen if things are going kinda “OK.” That’s the legal answer that we can give you.