RiNo, the industrial darling of Denver, is growing up so quickly that most of us can barely keep up. From almost daily announcements of new restaurants, breweries or bars popping up in the city’s most vibrant new arts scene, it’s undeniable that RiNo is worth exploring. But despite the allure to adventure,  the lack of sidewalks (particularly on Walnut) makes it relatively difficult to venture out past the heart of Larimer (admittedly with the $58 million dollar development underway, this is bound to change soon). But in the meantime, RiNo Art District wants to make sure that other areas of the district are more accessible. 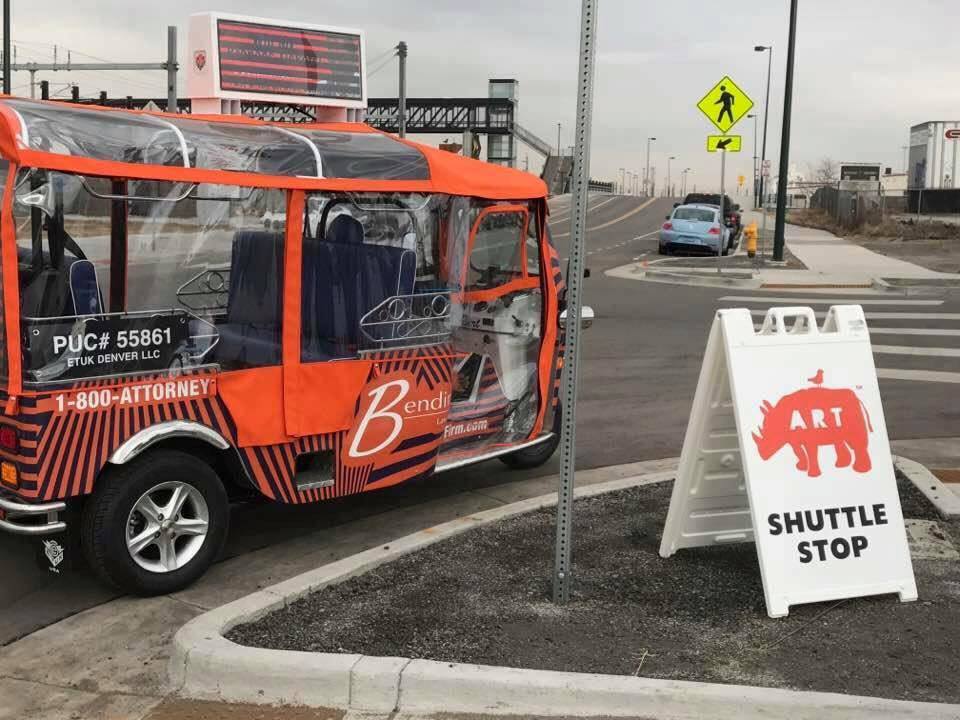 Called the “Drink RiNo Circulator,” the new shuttle will use eTuks every First Friday, 5 – 12 p.m. and every Saturdays, 2 – 10 p.m.to transport people all over the area. The five stops include 25th and Larimer, 29th and Larimer, 30th and Blake, 37th and Walnut and  35th and Brighton Boulevard. That means you can go from The Denver Central Market all the way over to The Source  all without having to call a Lyft. The eTuks are all electric and are built here in Denver, Colorado by eTuk USA. They seat six people (including the driver), have heated seats and can be enclosed for the winter and then open aired come spring and summer.

No tickets required, just show up and catch a ride. And while Drink RiNo supports the areas breweries, cideries, wineries and more, the circulator is almost meant to encourage people to explore galleries, restaurants and retail in the area too. Go here for their suggested spots near each circulator stop.