Illegal Pete’s to Donate Profits and Supplies to Standing Rock

Tensions have been steadily rising in Fort Yates, North Dakota, the site of the Standing Rock protest where thousands have gathered to stop the construction of the Dakota Access Pipeline. The issue, which spans both environmental problems and concerns of Native American sovereignty, has no doubt become a huge national news story with many speaking out about the treatment of the protestors on social media. Employees of Denver’s Illegal Pete’s are among those that have been motivated to take action in support of  at Standing Rock.

“It was suggested by one of our Colfax employees,” said Virgil Dickerson, marketing manager of Illegal Pete’s. “We always want our staff to bring their passions and interests to our stores.”

On Saturday, December 17, all nine locations of Illegal Pete’s will donate 10 percent of its sales to Standing Rock. All Colorado locations will also accept items for donations from this list to the protestors’ camp from December 3 through the 17. Dickerson also mentioned that some of the employees plan to deliver the supplies themselves to Standing Rock, if they are permitted access.

“We met about it at the home offices and while don’t normally try to get political through Illegal Pete’s, we believe in the people’s rights to stand for Standing Rock and we want to support those people,” said Dickerson. 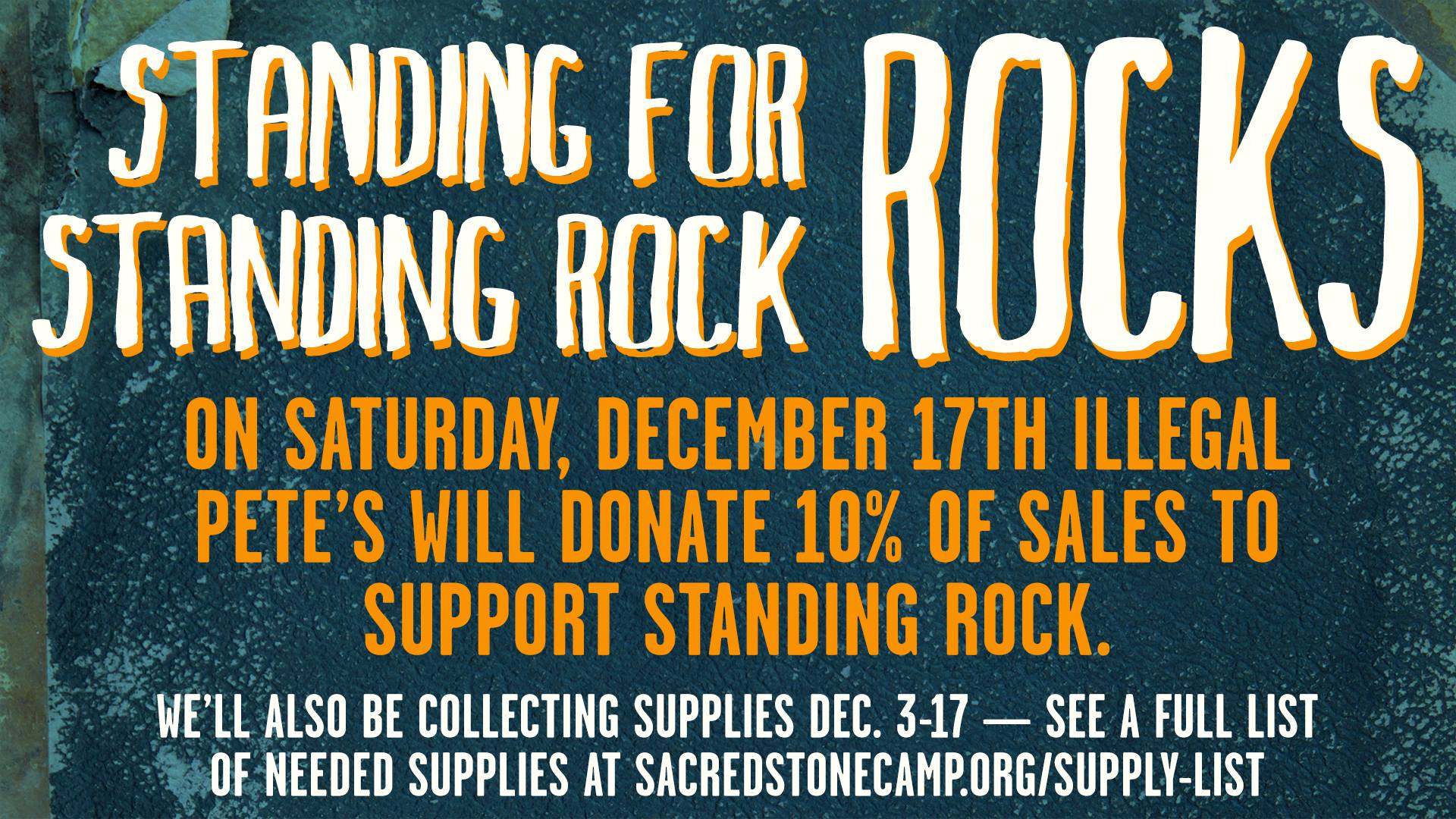