Despite it being October, Red Rocks Amphitheater felt like a warm summer eve last night, welcoming the tropical sounds of Jimmy Buffett. As announced by the main man himself, it has been 20 years since his last performance here, although he and the Coral Reefer Band certainly seemed to adjust to the mountains just fine. 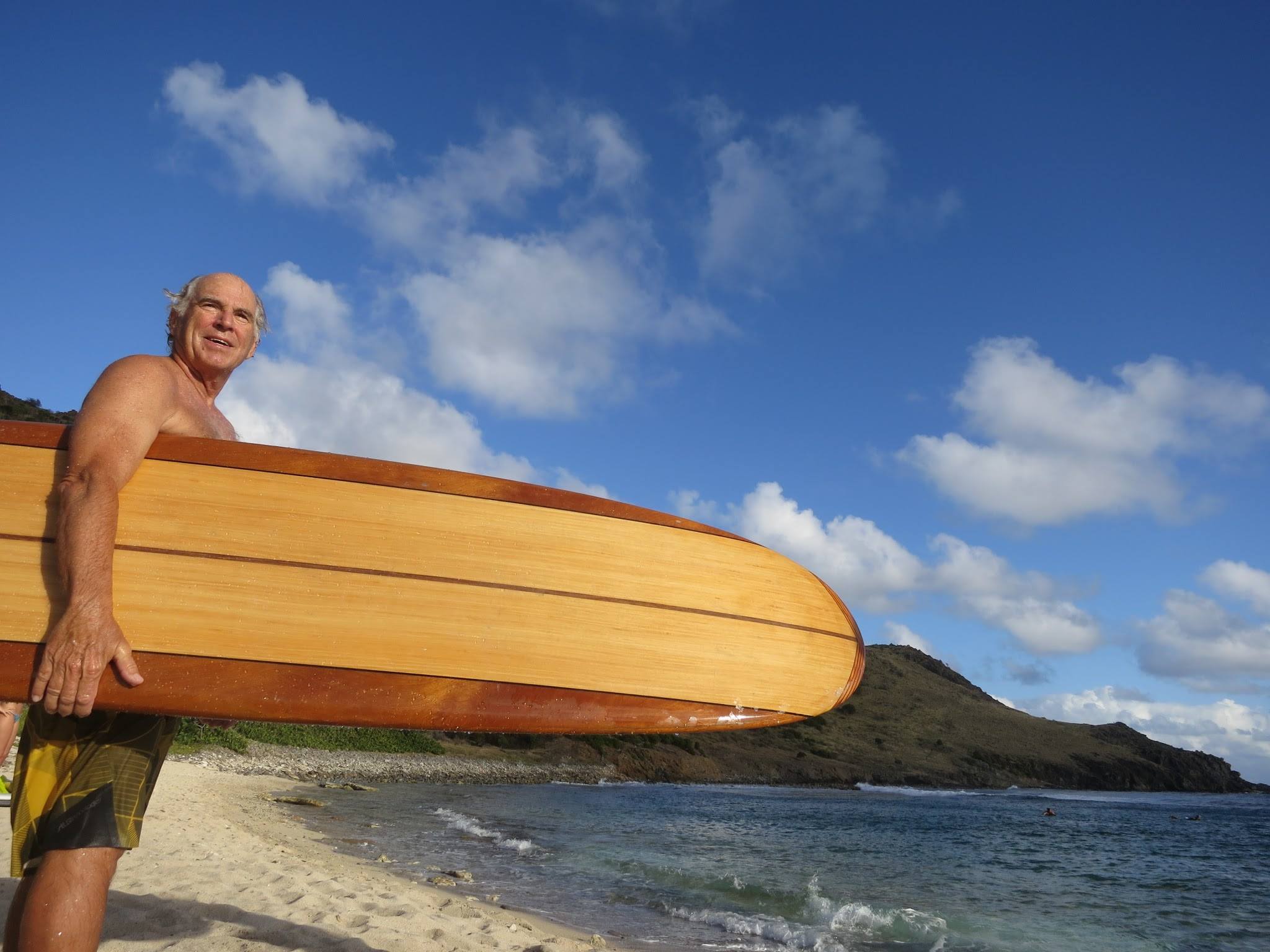 Popping onto the stage nearly half an hour late, the crowd was happy to be met with no opener. With a cartoon parrot cheering him on from an epically large LED screen behind him, the songs “Piece of Work,” a cover of Van Morrison’s “Brown Eyed Girl” and “Grapefruit-JuicyFruit” were belted out under a nearly full moon while beach balls bounced all over the sold-out crowd.

“It’s only been 20 years since we have been here; sorry about that. I was surfing.”

Barefoot Buffett explained to the crowd that he ran into several people telling him it was part of their bucket list to see him at the iconic venue, an anecdote that seemed to tickle him greatly. The group played “Pencil Thin Mustache,” “Son of a Son of a Sailor” and “Who’s the Blonde Stranger” (presented with the music video playing on the backdrop), sounding as impeccable and easy-going as the recordings from the ’70s and on. Buffett even touched on the remarkableness of how long he has been able to play music, reminding the Parrotheads (or fans of Buffett) that they are the reason that he is still around.

“Come Monday,” “Knees of My Heart” and “Rancho Deluxe” poured out from the 12-piece collaboration, all positioned around a decorative stage display of sea creatures and questions marks, the latter decor surely an ode to the name of the 2016 tour, “I Don’t Know.” A talking cartoon coconut from the animated background boasting a voice eerily similar to Jeff Bridges’ noted that the island living vibe really “tied the room together.”

After that, “5 O’Clock Somewhere” inspired the completely filled-out stands to scream every word, and an epic rendition of “Fins” followed, including orchestrated dance moves by all in attendance. Then, smack dab in the middle of the show, Buffett pulled out the big guns and had everyone wasted away again in “Margaritaville.” 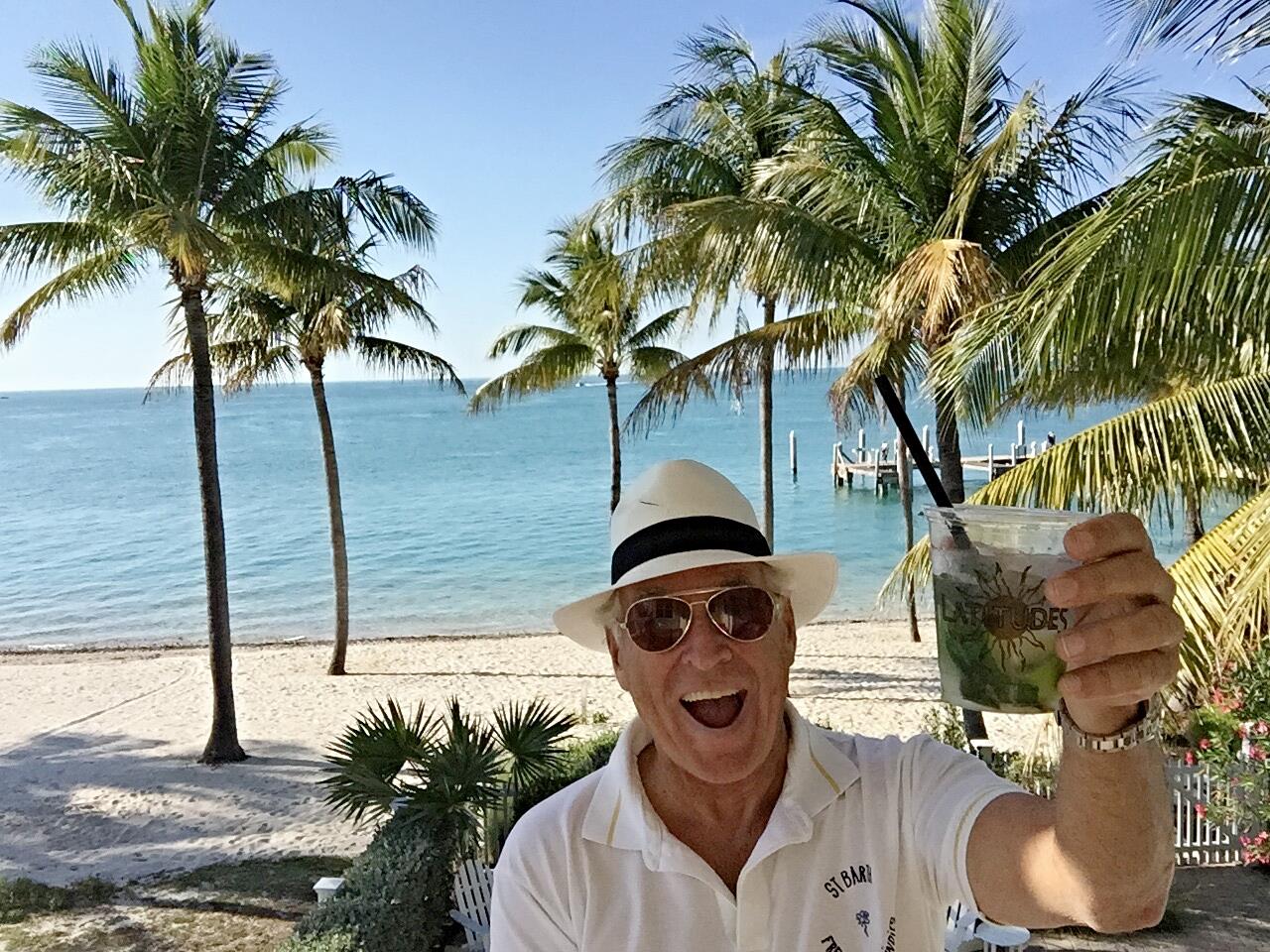 For an interesting segment of the night, Buffett switched things up and played an acoustic set, changing the name of the band to Daphne Blue and the Show Ponies. The music morphed into bluegrass, a much twangier tune; however the lyrics and overall sound hung onto the nostalgic Buffett that brought every one of the 8500 people to the show. The first song Buffett wrote for his daughter, entitled “Delaney Talks To Statues.” The second song, “Gypsies in the Palace,”  he claimed to have co-written with Glenn Frey of the Eagles. This track opened the show up to a new side of Buffett, as the songs touched on a deeper course of life, love and friendship. The last acoustic track of the night continued as an ode to the Eagles, a cover of the massive hit “Take it Easy.”

For “Cheeseburger in Paradise” the exotic feel of the stage magically morphed into a ’50s style diner, complete with huge decorative cars. “A Pirate Looks at Forty,” the Crosby, Stills & Nash cover “Southern Cross” and “Volcano” finished the set in with a strong, dancey vibe, causing the crowd to chant for more. After a short break behind the stage, Buffett and his crew returned to the center-piece to play “Why Don’t We Get Drunk,” “One Particular Harbor” and “Love and Luck.” The lights of the last song showcased a brilliant illumination of the surrounding sea of people. All that could be seen were smiles and all that could be heard was the sing-a-long of the lyrics. Hopefully, Denver will not have to wait another 20 years to experience the pirate that is 200 years too late.