Aloha seems to be the proper greeting to welcome back Adrift, the popular South Broadway tiki bar, because not only are we saying hello to something new, but also goodbye to its former self. Because as of this Saturday, new owners Paul Tamburello and Loren Martinez of Little Man Ice Cream will debut their revamped version of the Polynesian haunt after announcing the takeover earlier last month. But don’t expect any giant milk cans, though, since much of Adrift 2.0 will stay true to its original spirit by honoring its Hawaiian roots. However, the kitschy vibe that characterized the Adrift of yesteryear is said to be no longer, and in its place will be an attempt to create an immersive cultural experience:

“We are not interested in exploiting a newfound ‘Tiki-Craze.” We want to immerse ourselves in the Polynesian culture, learn about it and celebrate it,” explained Tamburello. “Unlike kitsch, Tiki-tacky bars, Adrift is focused on authenticity, a welcoming spirit and an invitation to escape.”

A part of this new-found identity will include a new bar and food menu that draws upon the “culture and iconography of the South Pacific to embrace its mystical power and fresh flavors.” One of Adrift’s chefs’ Shaun Motata, was born and raised in Hawaii and brings a menu built with small plates, Pu Pu platters and Hawaiian mix plates, as well as,  Kilauea Poke, Guava BBQ Baby Back Ribs, Pele Chicken Wings, Kona Kahlua Pork Sliders and even a Spam burger made with grilled pineapple chutney. Little Man confirmed there will be ice cream, but are keeping that portion of the menu a secret for the time being.

While it seems the restaurant attempts to steer away from kitschy trends, the bar embraces the classic tiki menu and highlights potent rum-based drinks including Mai Tais, Zombies, Hurricanes and a shareable “Scorpion Bowl.”

For Tamburello, though, the driving factor for purchasing Adrift is far beyond trends and seeks to satisfy a “lifelong dream” with the creation of the Mana Immersion Fund. The fund, which is named after the Polynesian word for spiritual power, will benefit from a percentage of every sale at Adrift and provides supports to aspiring humanitarians while they “immerse themselves in projects of goodwill in communities all over the world.” Tamburello, known for his philanthropic deeds at Little Man, explained that the fund is the force behind the decision to buy Adrift, stating that his passion to give back  is “the inspiration behind this whole thing.”

Come say Aloha to the new Adrift with its grand re-opening celebration this Saturday, September 17 from 4 p.m. to 1 a.m. with the kitchen open until midnight. 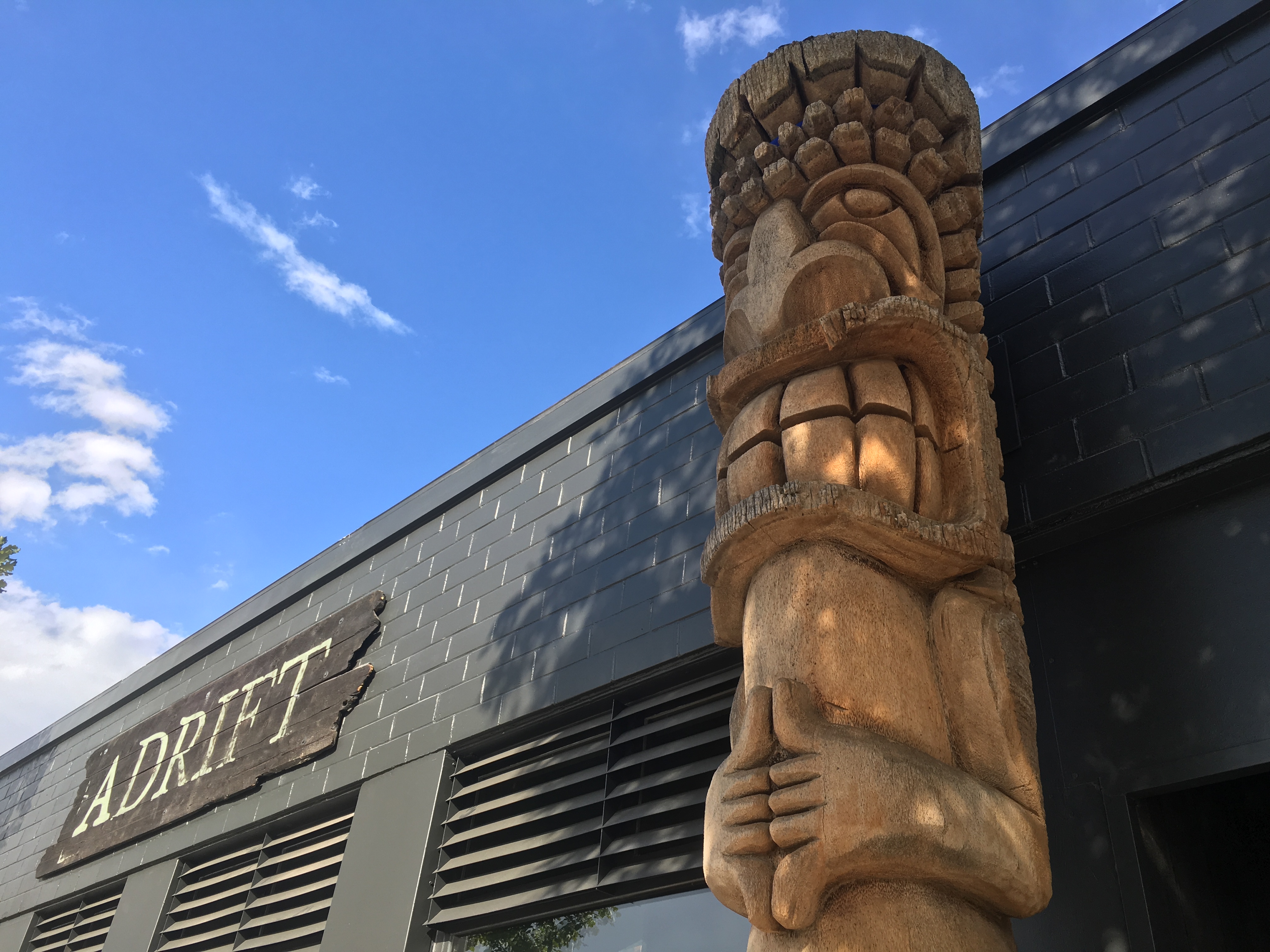 “Totems represent authentic, sacred spirits in the culture that we wish to honor,” said Tamburello.