Over 800 breweries will pour beer over three days at this years’ Great American Beer Festival (GABF). If one were to be lucky (and even foolish) enough to go all three days in a valiant attempt to sample just one ounce of beer from each booth, they would need to consume the equivalent of around seventeen pints each day. In past years I have assuredly attempted this feat, only to go taste-numb halfway through the evening and not remember the name of the 20th Double IPA sampled from [insert random brewery name here] despite being armed with both a recorder and notebook. Needless to say, it’s crucial for you to make a damn plan.

Personally, I’ve tried to stay away from breweries located in the Denver area, but because I don’t have time to visit the almost 50 in the city (not to mention the 300+ in the entire state) I always end up back in the same spot at GABF, ready to try new breweries, but having missed a good majority of the ones that have recently opened in our own town. So, in hopes of making navigation smooth, I’ve enlisted the help of some of Colorado’s best brewers that you should visit at the festival, for some of the must-try breweries at 2016’s GABF. 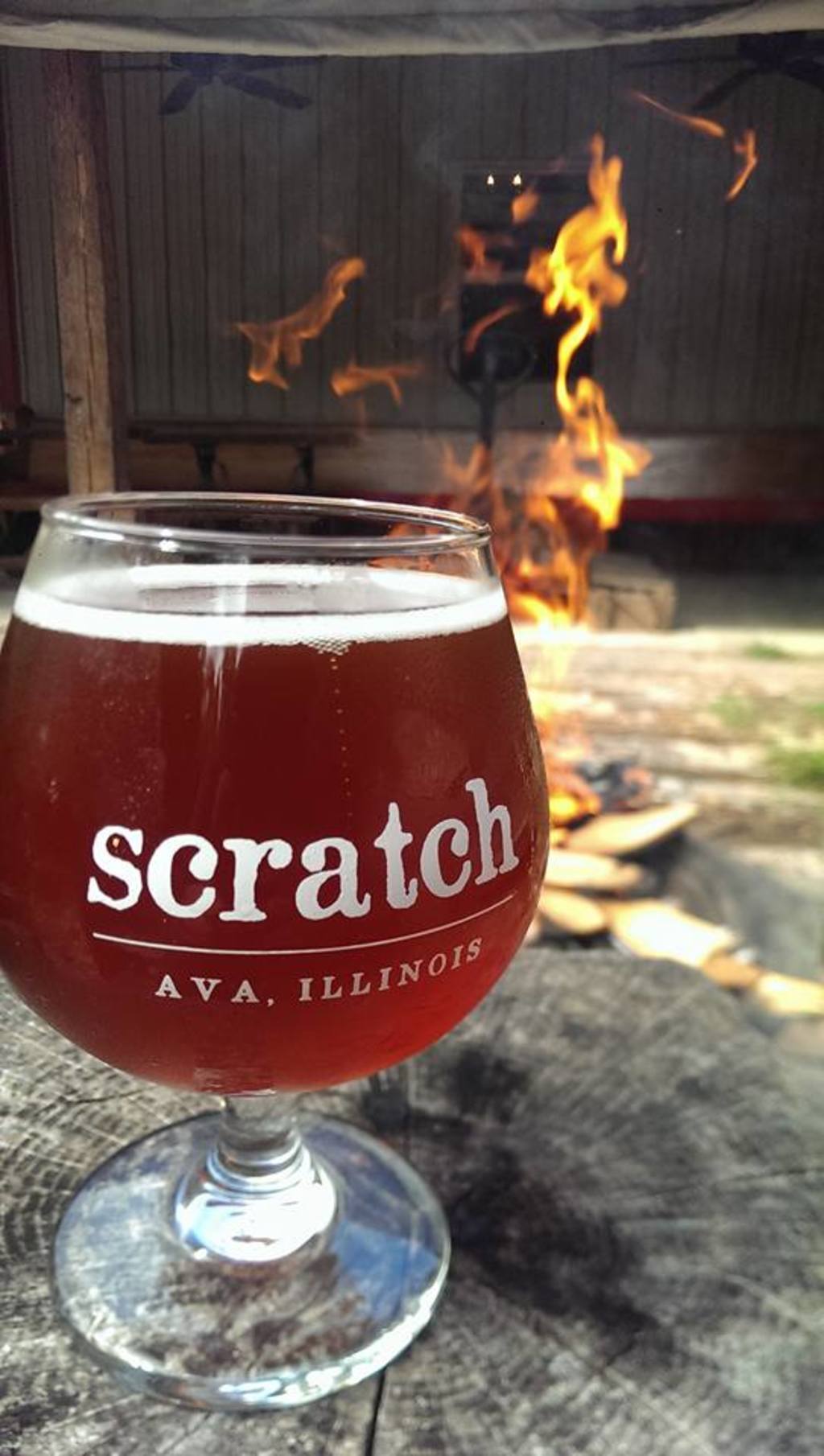 Scratch Brewing Company (Ava, IL)
Scratch is located on a bucolic Southern Illinois farm just outside of the Shawnee National Forest. It is unique in that it is a true terrior brewery, including both locally farmed and foraged ingredients in each beer. They will be releasing a book, The Homebrewer’s Almanac: A Seasonal Guide to Making Your Own Beer From Scratch, on September 13 which details how to use ingredients in nature including Chanterelle mushrooms, sumac and nettle spicebush. Last year their lineup included “single tree beers” made using all parts of a single species of tree, from the leaves, bark and sap to the branches.

Almanac Beer Co. (San Francisco, CA)
Although they produce a range of beers, Almanac is most well-known for their mixed-fermentation fruit ales. Their Golden Gate Gose —a slightly tart Golden Ale spiced with coriander, sea salt and lemon verbana— and Farmer’s Reserve series of fruit-infused sour beers are readily available in Denver, but expect them to bring some one-offs and extensions of these approachable yet deeply flavorful brews. Like Denver’s Crooked Stave, Almanac also produces the somewhat contradictory hoppy sour-style beer. Although bitter and sour are hard-wired into our instinctual palates as flavors to avoid, Almanac manages to find that delicate balance of the two for truly unique offerings.

Funky Buddha Brewery (Oakland Park, FL)
Many breweries try and make culinary-inspired beers, ranging from Bloody Mary-inspired concoctions to doughnut-infused ales, but typically what you end up with is a beer with a hint of the promised special ingredient or a lackluster base beer as the canvas. However, if Funky Buddha is pouring their Sweet Potato Casserole, you will be tasting actual sweet potato and toasted marshmallows in your beer, and it will be delicious. Beers they’ve confirmed for this year include Last Snow (Porter with coconut and coffee), Floridian (Hefeweizen), No Crusts (peanut butter and jelly brown ale), Maple Bacon Coffee Porter and Cabernet Barrel-Aged Nikolai Vorlauf Russian Imperial Stout.

Beachwood BBQ & Brewing (Long Beach, CA)
As the winner of 2016 World Beer Cup (the Brewer’s Association’s global equivalent to GABF) “Large Brewpub of the Year,”  look for Beachwood to aim for gold again at GABF. An eclectic brewer of a range of styles from Coffee Beer — medal winner in both 2014 to 2015 — to French and Belgian Saisons, Beachwood also boasts a sizable “Blendery” for barrel-aged and sour beers.

Barley Brown’s Beer (Baker City, OR)
Barley Brown’s has been making American classics for years. They have also placed consistently in the ever-competitive categories of American-Style Strong Pale Ale — aka the American Double IPA — and American-Style Stout. Just about every brewery in the US has one of these styles on tap, so to be brewing the best in the country is an unbelievable accomplishment. To calibrate your taste buds to what a true American IPA and Stout should taste like, get to Barley Brown’s early for Pallet Jack IPA and Disorder Stout before tongue fatigue sets in from all of the sours and stronger alcohol brews you’ll be downing.

TAPS Fish House & Brewery (multiple locations, CA)
To be able to make both classic examples of beer styles as well as a riff on those for specialty beers is not something all breweries (both big and small) can pull off. Most are known for either a single style category or brewing region, or for their one-off specialties, but TAPS manages to do both. From the traditional TAPS Kellerbier, an unfiltered German lager, to the not-so-traditional The Velvet Hog Chocolate Beer — TAPS has a beer (and a medal) for every style and palate.

Jester King Brewery (Austin, TX)
A handful of Jester King’s beers are available at some of the better beer bars in the Denver area, but it’s a true rarity to be able to sample a variety of their beers in one sitting. A true brewer’s brewery — mentioned in almost all of the Colorado brewer’s suggestions of places they’ll be checking out — Jester King is situated in the Texas Hill Country and specializes in wild and spontaneously fermented farmhouse beers. This year they’ll be serving Atrial Rubicite, a barrel-aged sour re-fermented with raspberries; Montmorency vs. Balaton, a barrel-aged sour re-fermented with cherries and a special beer they haven’t announced yet, according to founder Jeffrey Stuffings. 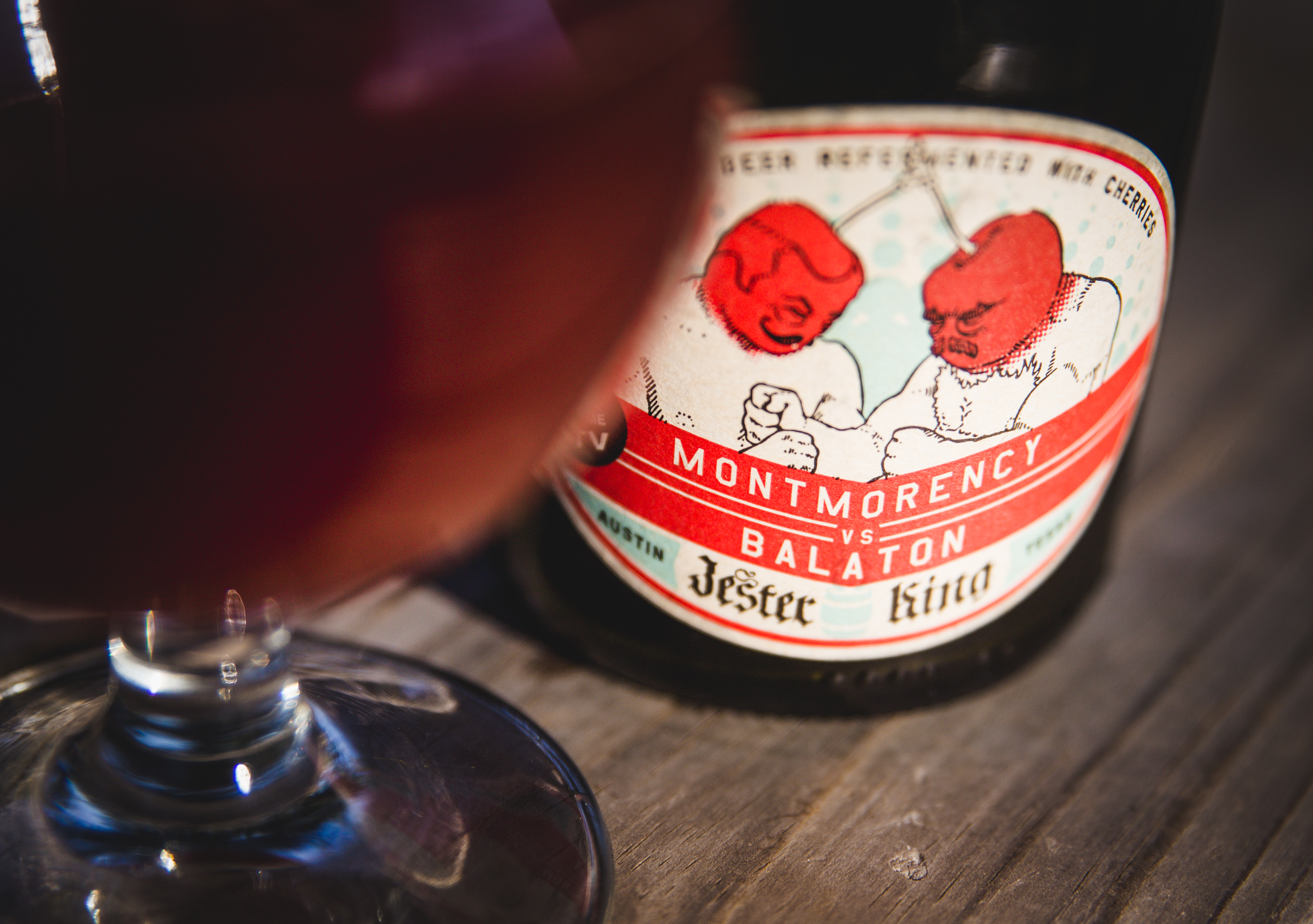 5 Rabbit Cerveceria (Chicago, IL)
Latin-inspired is a term in heavy use in the culinary world, but unless it’s being used to shill bland light lagers that require a lime jammed down their gullet to be palatable, you aren’t going to find it used much in the beer world. 5 Rabbit is trying to change that with its lineup of delicately flavored beers that are typically infused with the flavors of Latin America, including  5 Lizard Latin Wit — a multiple-year GABF winning fruit wheat beer infused with spices and passion fruit. Their deity-inspired namesake is a symbol of excess and over-indulgence, but 5 Rabbit’s beers are a hallmark of drinkability and culinary pairings.

Fat Head’s Brewery & Saloon (North Olmsted, OH)
One of the few juggernauts of beer who don’t distribute in Colorado, Fat Head’s is like the Avery Brewing Co. of the Midwest—except you can get Avery’s beers in the Midwest, too. With too many GABF medals to list — ranging from classic American IPAs to German-Style wheat ales — Fat Head’s doesn’t make a single sub-par beer. Their Head Hunter IPA is a fan-favorite, as is their staple West Coast-Style IPA with big citrus and pine flavors and a malty yet, crisp backbone. Other notables include Black Knight German-Style Schwarzbier and Hop JuJu Imperial IPA.

Alaskan Brewing Co. (Juneau, AK)
No doubt a product of their frigid atmosphere, Alaskan has perfected the art of melding fire and alcohol. Their Smoked Porter has defined the style in America for decades. A perfect combination of chocolate and roast with smoke, this beer itself is worth visiting the Alaskan booth every year. Expect Alaskan to bring some other big and bold brews as well, having also won a medal in previous years for their Alaskan Birch Bock, an 8.5 percent ABV Doppelbock made with birch syrup.

Breakside Brewery (Portland, OR)
Breakside has the ability to take the average beer drinker on a tour around the world with their ridiculous range of perfectly-crafted styles.  At the WBC this year, they managed to snag wins in categories for Classic English-Style Pale Ale, German-Style Altbier, Australian-Style Pale Ale and Smoke Beer. Oh, and they can make American styles too, winning both gold and bronze in the American-style Indian Pale Ale category at GABF in 2014 for two different beers!

WeldWerks Brewing Co. (Greeley)
No stranger to the winner’s podium — and hopefully to soon have more taps in the Denver area —  WeldWerks is quickly carving out their place among the greats by brewing outrageous beers like the cult favorite Medianoche (a 14.2 percent ABV Imperial Stout aged in bourbon barrels) to stylistic classics including Puesta del Sol (2016 WBC bronze medal winner for Vienna-Style Lager). 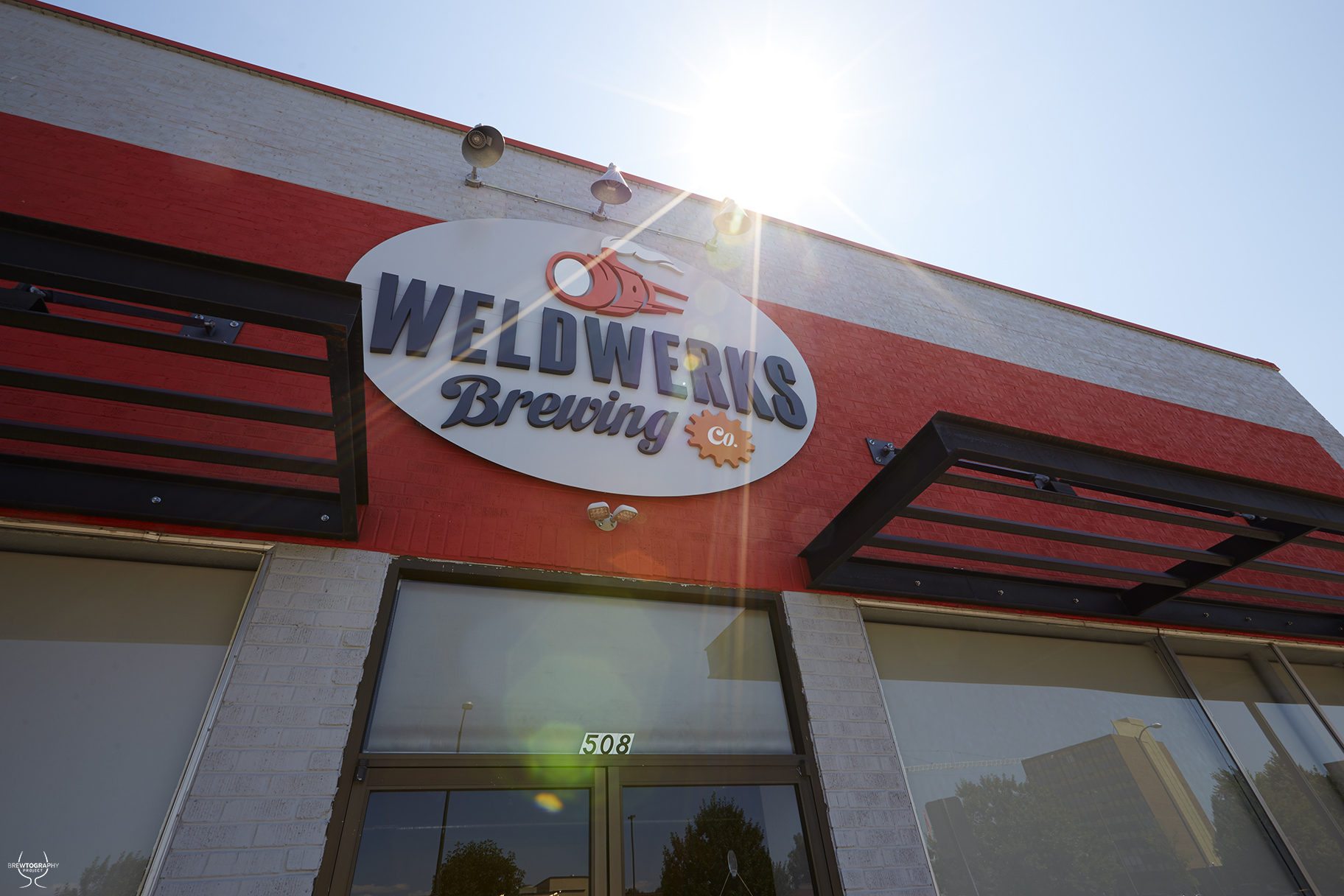 Grimm Brothers Brewhouse (Loveland)
Grimm is the de facto German-style brewery in Colorado with a wall of awards to prove it. They’ll be pouring all of their former GABF winners this year, so visitors to their booth can sample truly authentic European and German styles, but with the added benefit of being much fresher than those that have to made the trek across the Atlantic. 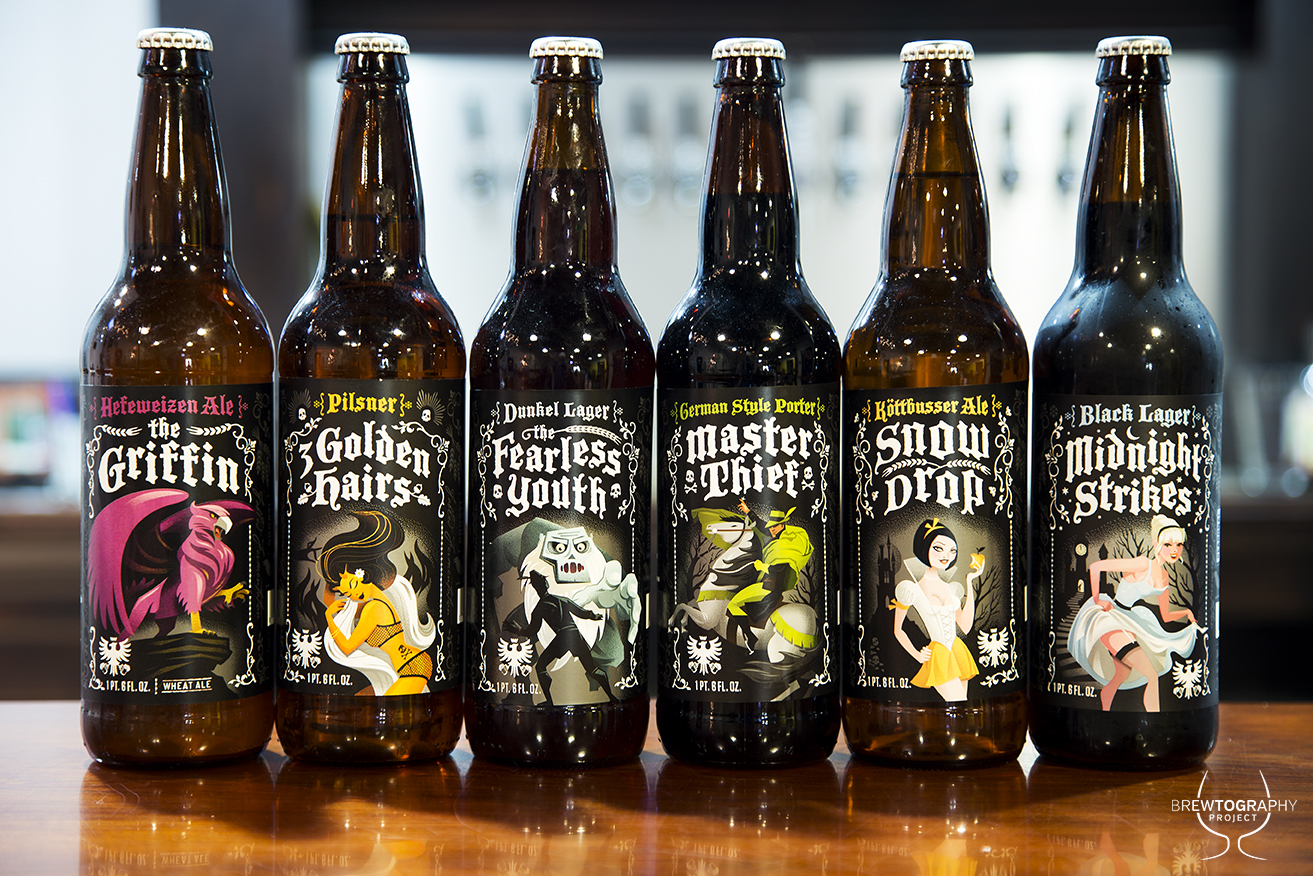 Black Bottle Brewery (Fort Collins)
Black Bottle might be more well-known as “that brewery that makes the kid’s cereal beers,” but they can also make a mean sour ale or German-style classic, like their GABF bronze medal winner Friar Chuck, a German-Style Kölsch.

“With so many breweries coming to town it’s like a family gathering.” – David Lin, Comrade Brewing Founder

Comrade Brewing (Hale neighborhood – Denver)
At any given time, Comrade devotes 50 percent or more of their taps to IPAs, and no one is complaining. Their Superpower IPA has become nationally known, no small feat when the style is still the most popular in the country outside of macro-lagers.

Who they’ll be checking out: Barley Brown’s (Baker City, OR), Breakside Brewery (Portland, OR)

Little Machine Beer (Jefferson Park neighborhood – Denver)
Despite having only been open for a short time, Little Machine is already making waves in the beer world. This year they won silver at the WBC for their Razz Against the Machine in the fruit beer category. 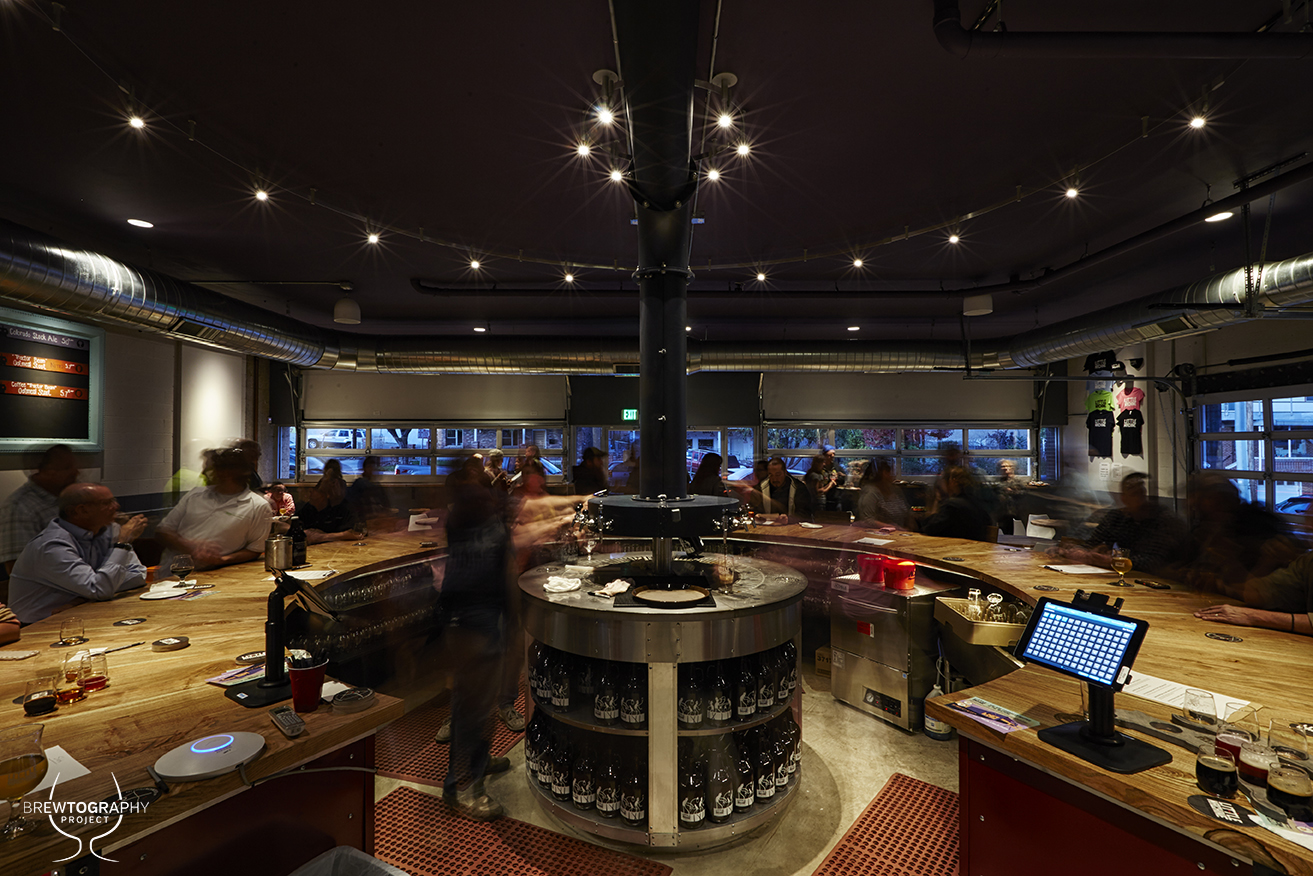 Spangalang Brewery (Five Points neighborhood – Denver)
This trio of former Great Divide employees began in early 2015, and by year’s end had already snagged a bronze at GABF for their table beer in the Other Belgian-Style Ale category. Table beer won a bronze at this year’s WBC, so look for them to collect some more hardware in 2016.