Letterboxing 101 – Your Guide to the Best-Kept Secret Scavenger Hunt

Have you ever wanted to be a part of a secret society?  Do you like riddles and puzzles and discovering something special that hides in plain sight? If so then you will definitely find amusement in the little-spoken about hobby called Letterboxing. Letterboxing is an international treasure-hunt style outdoor activity where the goal is to collect stamps in a personal logbook and leave your own stamp-signature at each letterbox you uncover. There are over 90,000 letterboxes in North America alone and hundreds in Colorado, mostly hidden outdoors in weatherproof containers, often under rocks or logs. Letterboxes are not to be confused with geocaches, which are also hidden boxes in public places. Geocaching is about exchanging goods with strangers rather than collecting stamps (like with letterboxing) and geocaches must be found with GPS coordinates rather than clues. There are letterbox-geocache hybrids, where a geocache includes a stamp for a letterboxer as well as goods to exchange for the geocacher. 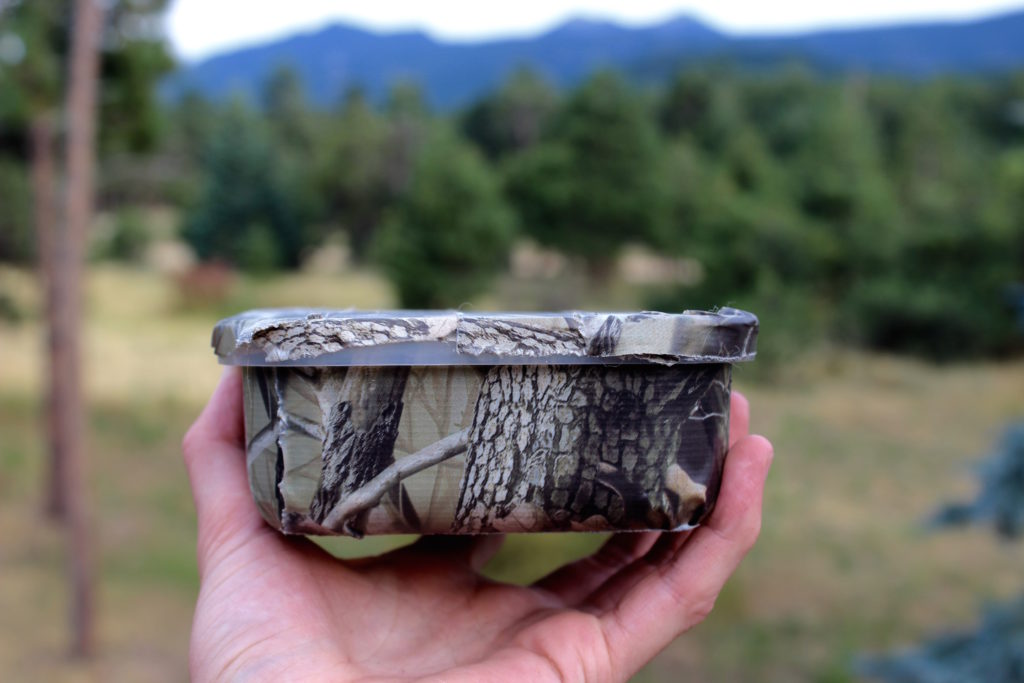 Sizes of letterboxes range from tiny tins to larger tupperwares and even watertight bags.

Letterboxing has a long history, starting in 1854 at Cranmere Pool in Dartmoor, England by a James Perrott who left his own calling cards in a box in the woods so visitors could contact him and leave their own after completing the difficult hike. This was the only letterbox in existence for 40 years, and in that time the box evolved from calling cards to postcards and finally to a rubber stamp and logbook like you will find today. But even though the two original letterboxes were popular enough to garner attention in the UK, the addition of letterboxes crawled along at a snail’s pace (fifteen letterboxes were created in the first 122 years of the hobby) until the Smithsonian magazine wrote an article about the odd British club in 1998. Americans read that article, and with the help of the newly expanding internet, created websites for clues and began planting letterboxes in all 50 states.

But, before you rush out to find your first letterbox you need to know a few guidelines—the etiquette of finding and re–hiding a letterbox—and you need to know what materials to use to create your first letterboxing kit. Even with hundreds of thousands of letterboxes now hidden around the world, this hobby has remained delightfully secretive, and this is due to the diligence of the participants in following these guidelines so future searchers may continue the hobby.

What you need to get started 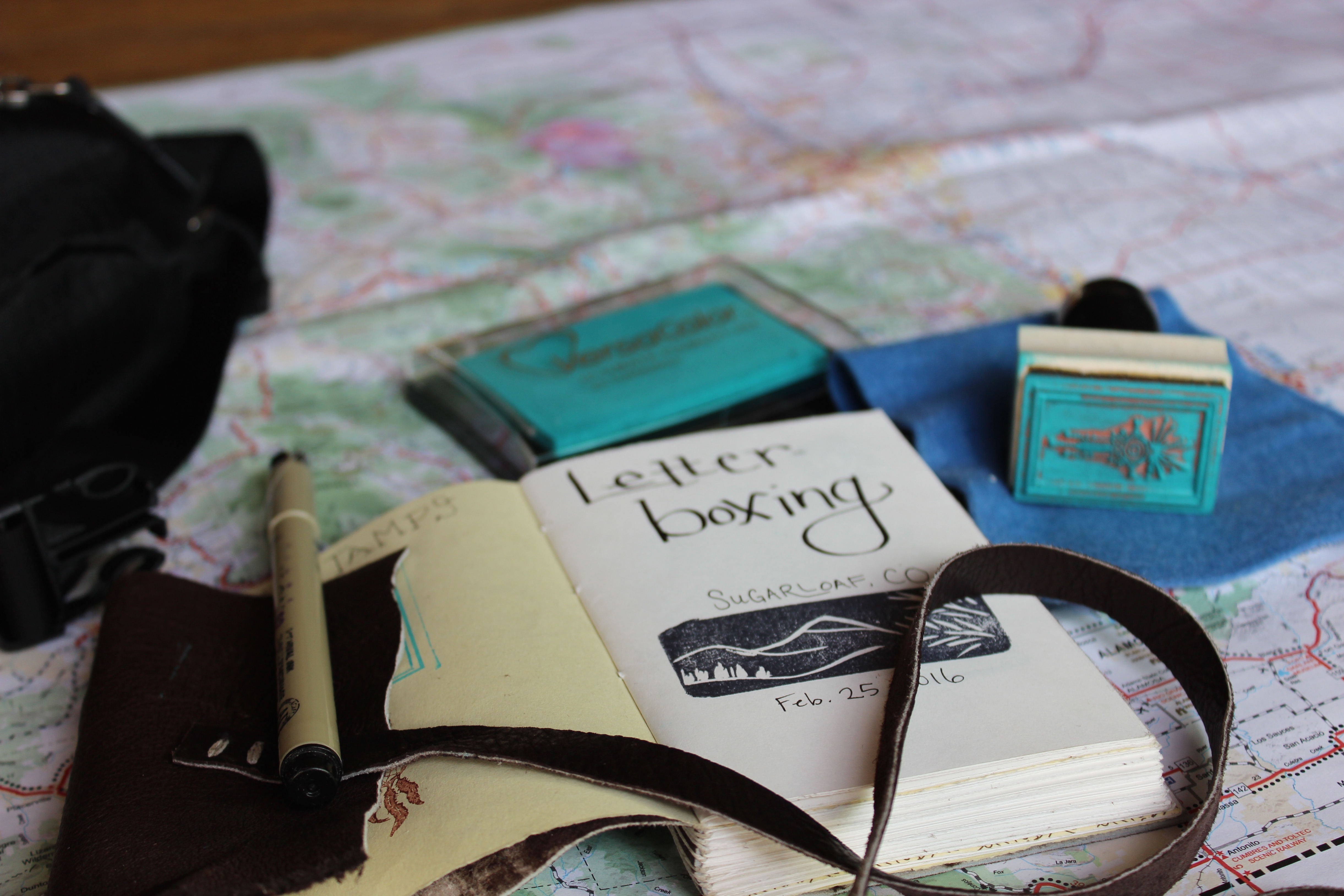 A “trail” name— a nickname that is your letterboxing identity. Some examples are Preboxed, Blue Eyes, The Drew Clan and Silent Doug
Rubber stamp
Pen or pencil
Small sketch book or journal
Ink pads or brush markers
Felt—optional but useful for wiping off stamps before storing.
Compass (or compass app)—optional but recommended
Clues found online at the Letterboxing website and Atlas Quest. The most sought–after clues are passed by word of mouth.

What you need to know: 4 Things to Remember

1.The biggest thing to remember is discretion. While searching and subsequently stamping it is essential to be aware of your surroundings and who may be watching you. Take the box away from the hiding location to stamp. If someone happens to walk by the advice given on the Atlas Quest website is to “be creative” with your explanation. Letterboxing is kind of like Fight Club in that you don’t want others to know what you are doing. Part of the magic is feeling like you are part of an exclusive club, and the only way to perpetuate letterboxing is to make sure the boxes remain hidden for as long as possible.

2. It’s very important you leave no trace. In the early days of letterboxing in England, participants almost ruined the fun for everyone by disrespecting the environment in order to find the boxes. Because the majority of boxes are hidden in outdoor locations, it became necessary to agree on a few terms to finding one so that the authorities of the outdoor locations (Parks Service, Forest Service, etc.) could allow the hobby to continue without worrying about graffiti, vandalism or environmental abuse. That is why the second guideline is leave no trace. This means when looking for a letterbox you must be careful to disturb as little as possible and leave the area in better condition than when you found it. Brushing away footprints, not overturning more rocks than necessary and perhaps most importantly, re-hiding the letterbox so the next searcher can enjoy the thrill of finding it like you did. In order to keep letterboxing around it must remain an environmentally friendly activity, especially in Colorado where there are already so many outdoor hobbies to compete with.

3.Respect. Each letterbox is created individually by people like you. There is a certain amount of love that goes into creating and hiding a letterbox and so respecting the contents is an absolute must. Not only is it rude to ruin or steal from the owner of the letterbox, it is rude to future searchers. If you find that a letterbox has been damaged, either fix it yourself or contact the owner. It is best to find many letterboxes before making your own so you can see what works best in different environments. Letterboxing is a wonderful family activity, but educating any children who want to participate is imperative and they must understand the guidelines before setting out on the adventure. In fact, letterboxing is a fun and creative way to teach kids the importance of environmental stewardship and situational awareness and should be seen as a way to remind yourself of those things as well.

4.Safety. This is a self–regulated hobby, which means that you are responsible for knowing the inherent risks and being prepared to deal with them. Because letterboxes sometimes go years without being discovered, there is always the possibility that nature has taken over—with spiders, poisonous vegetation or other natural disturbances affecting the success of your find. If you are unfamiliar with the terrain it is recommended to research what kind of things you might encounter in your search, especially with children in tow. There is definitely a spectrum of difficulty in finding letterboxes and usually, the clues include a rating and an idea of how far you will travel from the starting point.

Letterboxing is fun and exciting, and also frustrating and difficult. Sometimes you may hike miles and search for an hour only to come back empty–handed. This could be because the box is very well hidden or because it has been removed or destroyed. The online community serves as a place to communicate with letterbox owners and fellow searchers, and as per the Respect guideline, any damage or change to a letterbox should be reported to the proper people. Always remember—finding the letterbox or not—that you are on an adventure and hopefully exploring new surroundings, or familiar surroundings in a new light. Soon, with a few stamps in your logbook, you will most likely find yourself constantly wondering where more letterboxes are hidden in plain sight. And eventually you might make one of your own to hide, adding to the secret international treasure hunt to secure its longevity as an outdoor hobby.

To start you on your path, check out these beginner letterboxes in the Front Range (follow link for clues):

Visit Letterboxing.org or Atlas Quest for all of the clues and to sign up with a trail name to get started.

Colorado letterboxes can be found here and here.