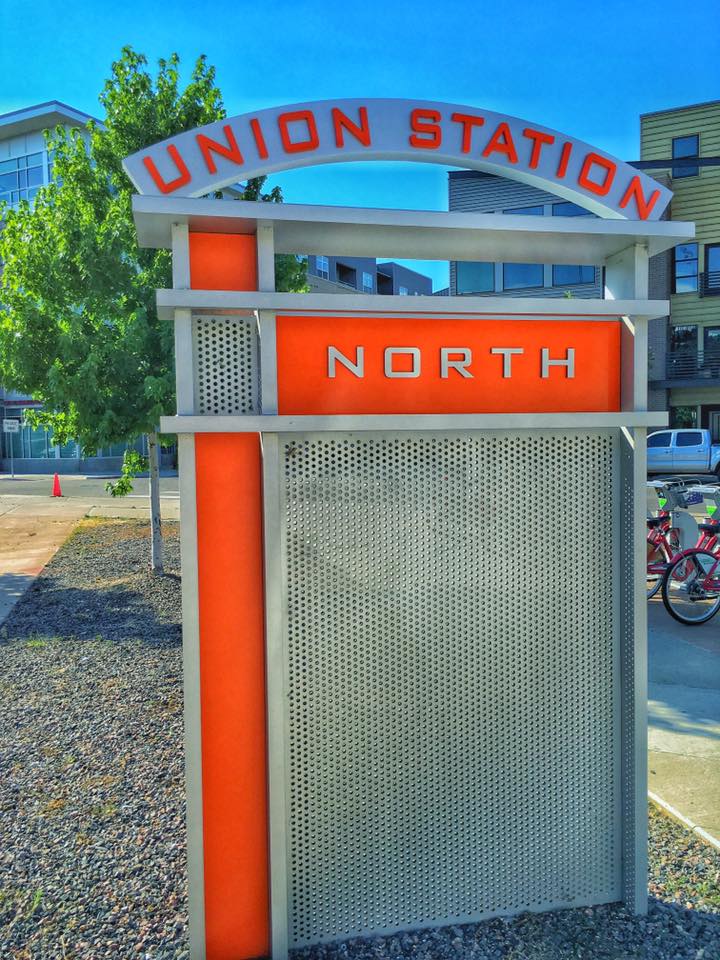 On Friday, July 15, the residents of what was formerly Prospect Park will host a ribbon cutting ceremony for their neighborhood’s new name. Residents of the area defined by 20th Street, Park Avenue West and Wewatta Street chose “Union Station North” by popular vote earlier this month. Their recently erected sign, located on the corner of 20th Street and Park Avenue West, mimics the iconic train station with tangerine-hued letters. The resemblance is intentional because, much like the creators of the original marquee, the residents of Union Station North hope the change will act as a harbinger for revitalization:

“We’re trying to improve our voices being heard,“ explained Union Station North Neighborhood Association (USNNA) board member George Pacienza. “…The idea of the name change was really to rally the troops to bring change to the area.”

Technically located within the boundaries of Five Points, Union Station North claims it is the most densely populated neighborhood in Denver with 40,000 people per square mile versus the Denver average of 3,550 people per square mile. But according to residents, the lack of awareness or general confusion about its location is what caused neglect from the city.

“Whenever we tried to talk to the city for assistance, we’d hear nothing back,” said Pacienza, listing everything from a lack of police assistance and broken street lights to smaller issues, such as the limited amount of garbage cans as perpetual problems.

Because of this, the residents of the area caged by 20th Street, Park Avenue West and Wewatta Street decided to band together to form a new identity that would tie itself to its nearest landmark— Union Station.

However, deciding to change the name was not the only step the residents had to take. The neighborhood association is officially recognized by the city as a Registered Neighborhood Organization. It still exists within the Five Point Neighborhood, but much like Uptown and RiNo, these official organizations can act as representatives for these micro-communities. Local businesses including Whiskey Tango Foxtrot, Tokio, Skye Liquor, State Farm and more were consulted and support the change, but according to Pacienza the decision to rebrand,  “definitely came from the residents.”

The ribbon cutting for the new sign will take place on 29th Avenue and Chestnut Street at 5:30 p.m. A following reception will be held across the street at Whiskey Tango Foxtrot (2907 Huron Street) with complimentary drinks for ribbon cutting attendees. To RSVP head to their Facebook page. 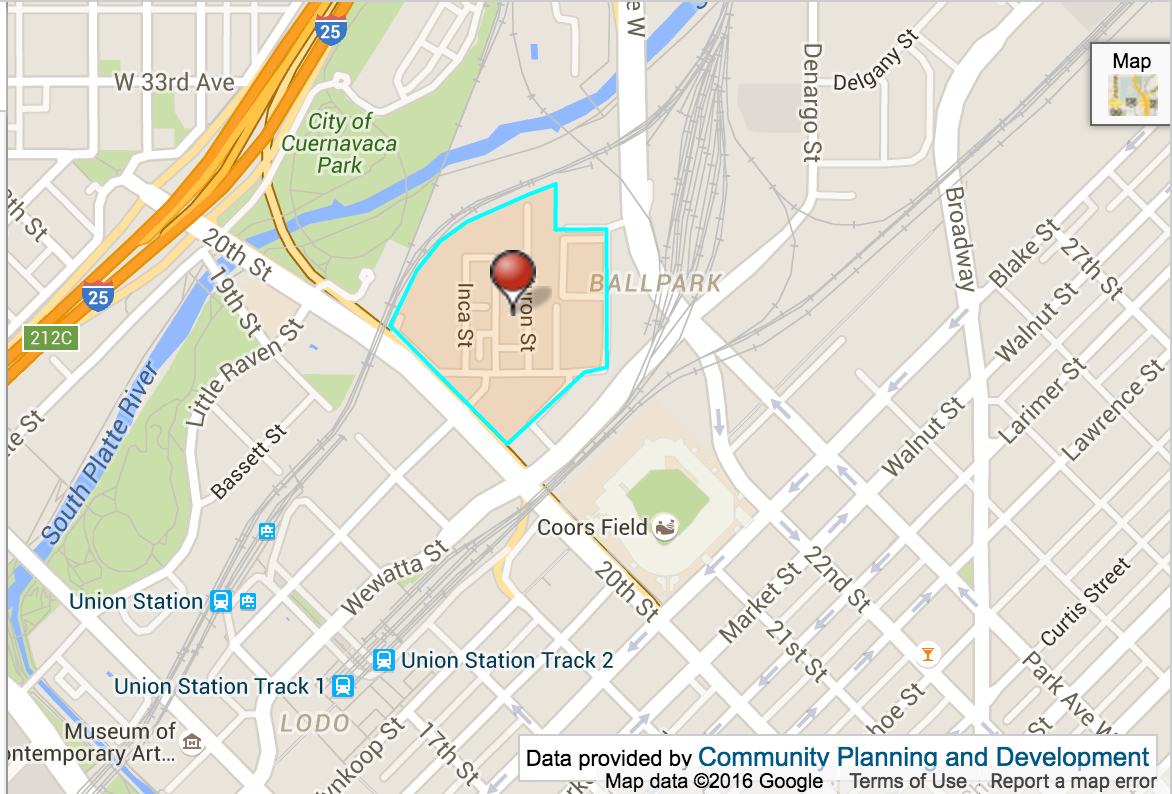 The boundaries of Union Station North.