On Saturday, Odesza graced Colorado’s own Red Rocks with their presence for a sold-out show. With them they brought a slew of openers all boasting the Foreign Family record label, but each with their own unique sound. First out was Louis Futon-likely the newest to the label, yet still serving up the easy-listening electronica we’ve come to know and love from those under the Foreign Family name. Next up was Big Wild; ending with Rufus Du Sol, an Australian dance group creating music that took the crowd by surprise. 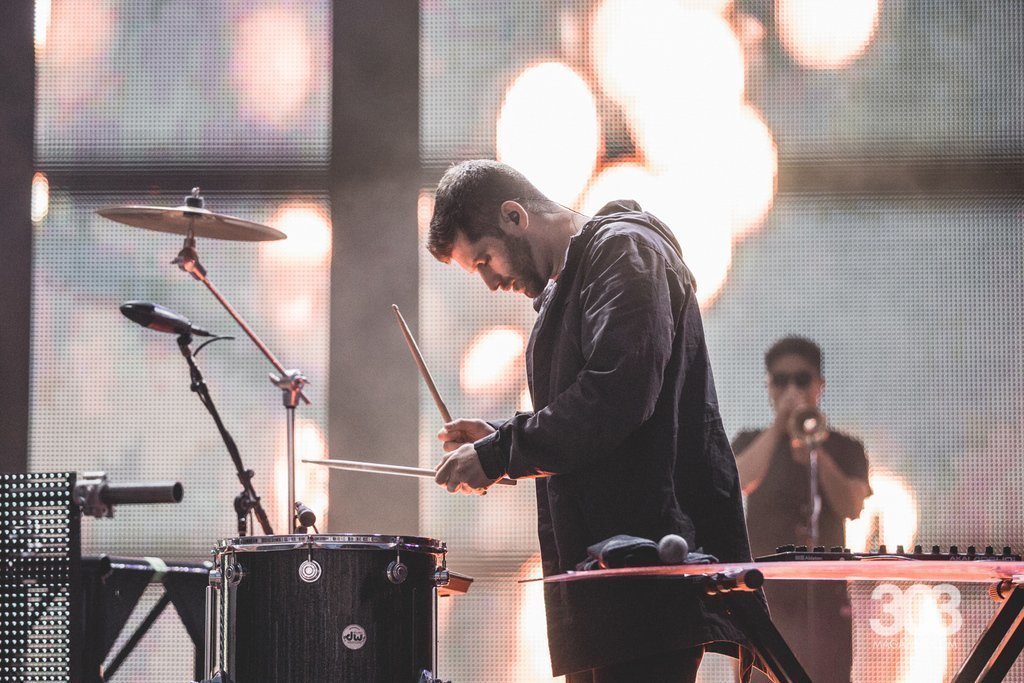 Note: All photography is from the 303 Odesza Archives, not the recent show.

Hailing from Seattle, Washington, Odesza–comprised of Harrison Mills and Clayton Knight–formed back in 2012 when the two met during their final year at Western Washington University. The duo creates electronic music that somehow manages to keep the dreamy side of electronica intact, and judging from last night’s crowd, a wide variety of fans are drawn to the music. Speaking with fellow concertgoers in the crowd, I learned many had traveled from across the U.S simply to see Odesza play this particular venue-and let down they were not. 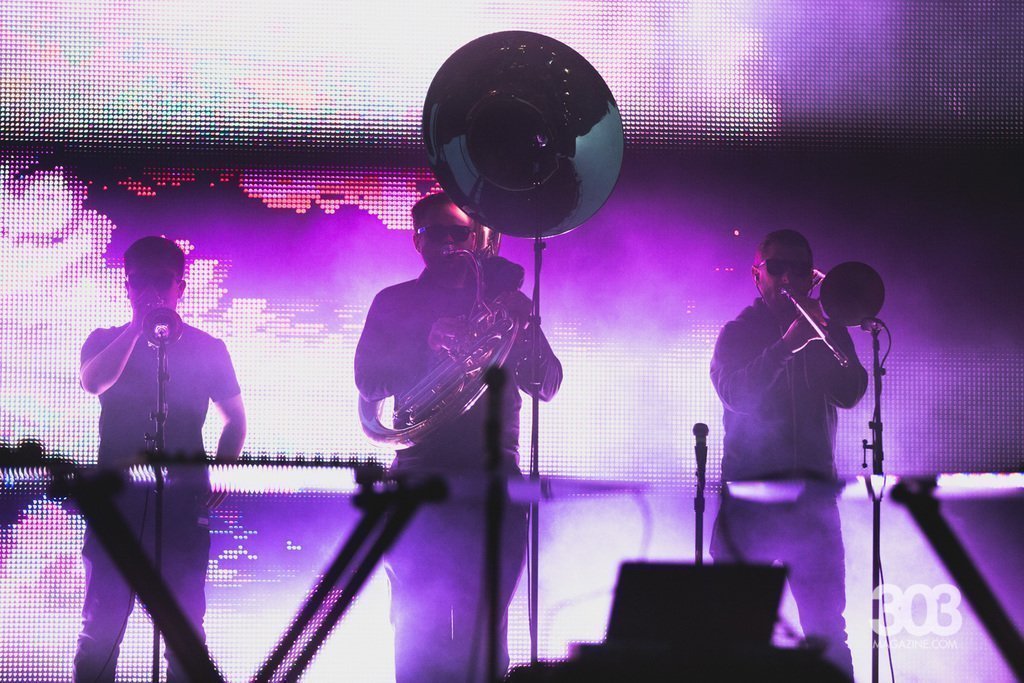 Any fan of live music might be wary of an electronic show, myself included. There’s something special about watching a musician be a musician, by that I mean watching a pianist play, or seeing a guitarist strum live cords you’ve only heard in recorded form. With electronic music the way it’s headed, it seems a lot of that is lost with the use of computers over of instruments. However, expectations were blown away as the Colorado Symphony was set up onstage to play alongside Mills and Knight for the duration of the show. Odesza is known for the horns heard in many of their songs-most notably tracks such as Bloom, and there were no holds barred during last nights performance. A horn connected to loud speakers amidst a massive setup of percussion on stage sent vibrations reverberating through the cliff faces of the rocks, adding that live instrumentation that makes a good show great. 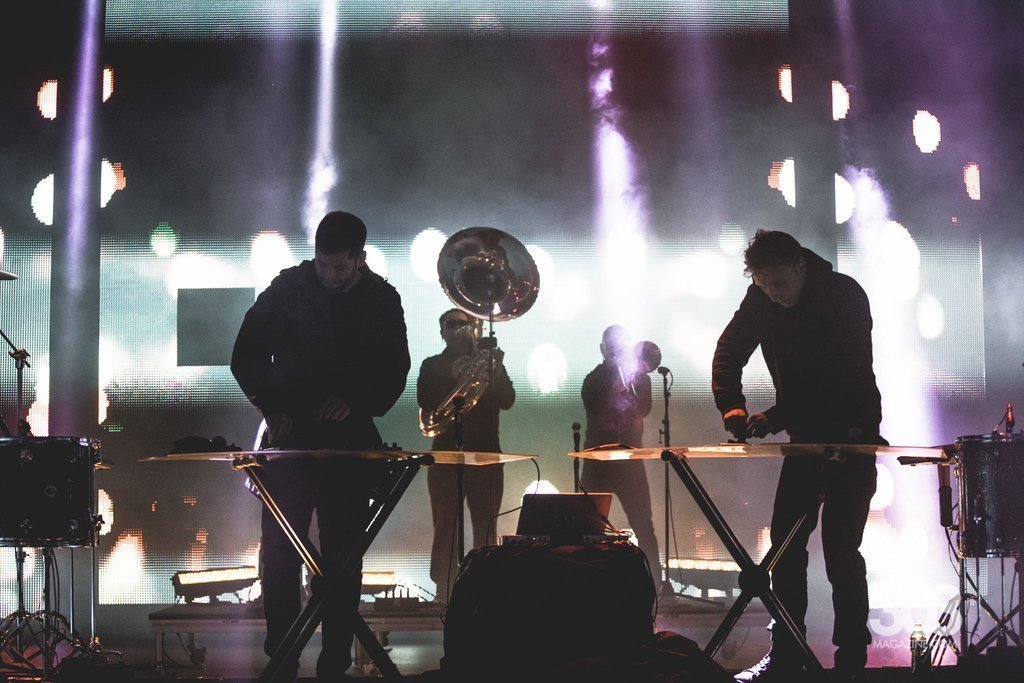 Alongside the symphony, the CU drumline created a completely new and interesting take on the typical electro show. It’s apparent Odesza wanted to bring out some of Colorado’s own in order to help craft a truly Coloradoan experience-as can only happen at a Red Rocks show. At the conclusion of the night, the band took their final bow and headed off stage, awaiting the encore call. Loud screams from the audience brought the duo back on stage where they went on to play a song never heard by many in the audience: a cover by Alex Adair titled “Make Me Feel Better” was the most horn heavy tune they played all night. The cover, which strayed from their normal dreamy electro feel, was almost trap-esque and really managed set the crowd off. This being the last track they played ended the show on a high note- as everyone was left wondering where that song had come from, also left wondering if new music may be on the way for Odesza. 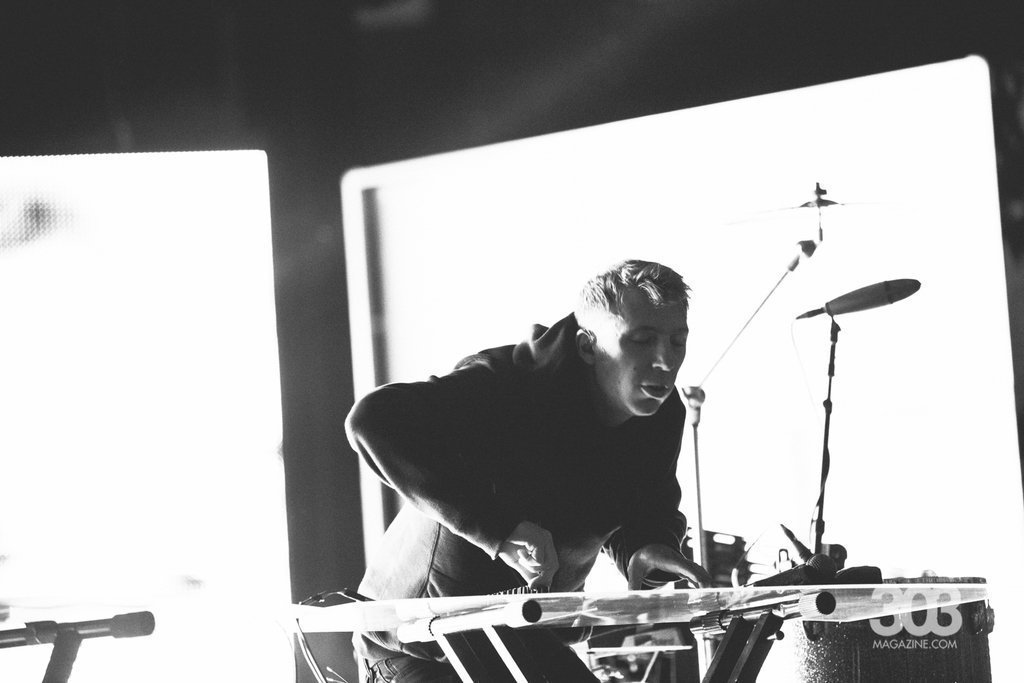 I’m fairly new to the electronic scene, Odesza being one of the first major electronic shows I’ve seen-also the first at Red Rocks. But anyone who has been to the venue understands the magic that happens there, and after last night’s performance one thing can be said: if ever there was a venue created for music like this, it’s Red Rocks.