If he didn’t have photographic proof, you might think Jay Dickman was lying when he told you his life story. It’s not that the gray-haired man of sixty exudes trickery (rather the opposite), it’s that he’s lived a life of such intense adventure, it’s hard not to liken his stories to that of Steven Spielberg characters.

During his 40 years as a photojournalist, he’s lived in a remote stone age village, survived a week under the Arctic ice inside a nuclear attack sub, and escaped a sinking boat on the Amazon. He’s been shot at, threatened with execution and has almost died more than once. Just two weeks ago, he returned from a 24-day trip around the world via private jet, and more recently he was named one of Travel + Leisure’s most intresting people to travel with. This isn’t abnormal for Dickman. 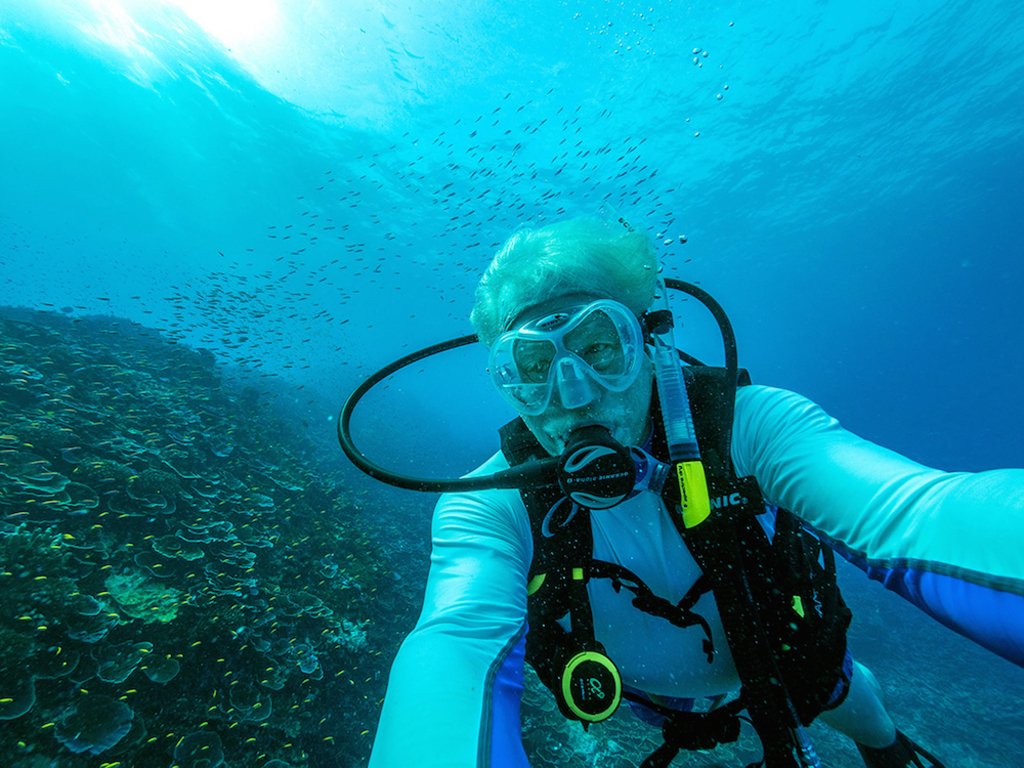 Despite this quixotic, storybook-esque life, the veteran National Geographic photographer and Pulitzer Prize winner isn’t propelled by his love of adventure. Dickman, who has called Colorado home for the last 30 years, would categorize himself as a family man that often tires of the extensive travel and absence from his wife and two kids. He’s even turned down major career-making assignments, such as capturing the fall of the Soviet Union, so he could tend to his newborn baby girl.

What moves him is very different from the motivations of such storybook characters that his life’s story would make him out to be. Rather his drive is fueled by something far more elusive. 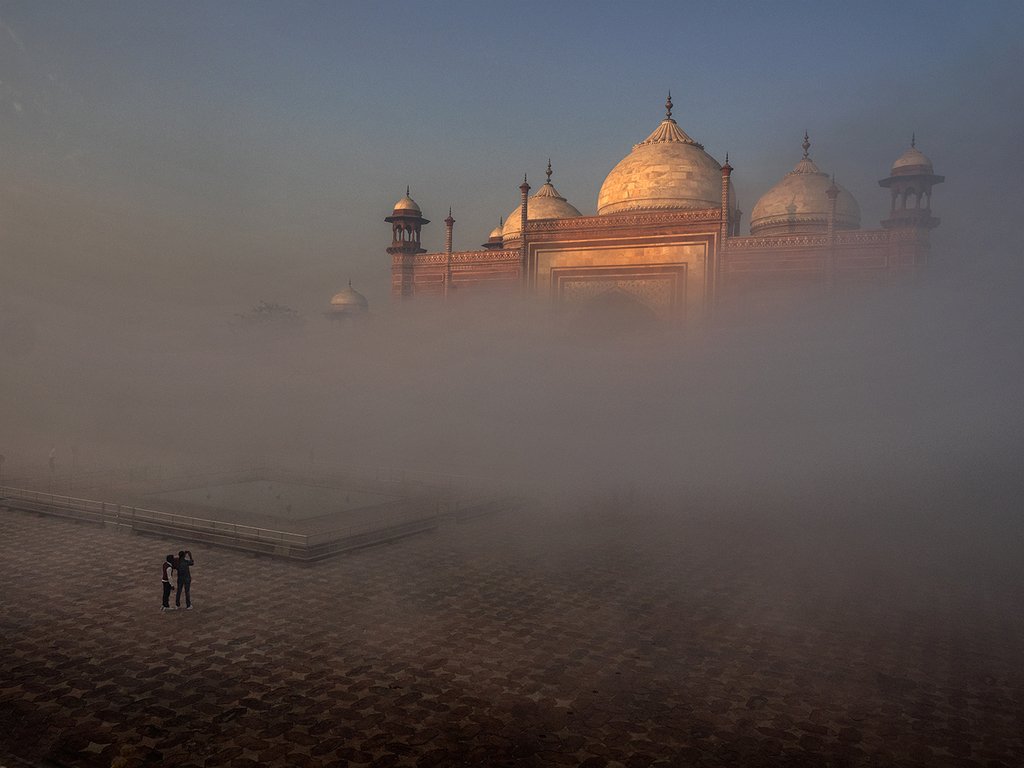 Side Mosque of Taj Mahal. All photos copyright Jay Dickman-2016

“I’ve always applied the thinking that every situation has its best moment,” explained Dickman.

Crystallized by the collapse of a camera shutter, these fleeting moments are at the heart of Dickman’s experiences. From the war in El Salvador where he produced his Pulitzer Prize-winning works to photographing one of his favorite places on earth, the Venezuelan Tepuis, Dickman explained he’s always on the hunt for specific instances of photographic kismet (some of which are pictured here).

Call it talent, call it having an “eye,” or what have you, spotting these moments might be the one thing Dickman cannot teach. But that doesn’t mean he lacks sage advice on how to capture these moments when they do arise. Below you’ll find excerpts from our hour-long conversation with Denver’s very own Dickman on his career and what he believes to be central to great photography.

In the world of online forums, the cultish obsession with camera brands and equipment have reached an all-time high. Photographers often swear loyalty to one company or another, attesting that one brand’s technology gives them a leg up. Dickman was quick to dispel this theory.

“Don’t buy into the internet noise that you have to have the latest 3D camera or Mark II. When you see a great photograph you look at the Steve McCurry‘s Afghan girl with the green eyes, you don’t look at that and think, ‘I wish he shot that with an 180 instead of a 135.’ You look at the image and go ‘holy cow,’ and that’s what this is about.”

Instead, he urges photographers to embrace simplicity and knowledge to create great images.

“I always work with two cameras—a wide angle and a short telephoto on the other and I don’t carry anything else… If you have a bag full of stuff, you’re not looking for moments. So get rid of the [unnecessary] equipment and get to know your equipment so well that it gets out of the way… Force yourself to only use a 35 [millimeter lens] one day. It’ll be very liberating.”

“That viewfinder to your eye is your canvas; you’re responsible for every square centimeter of what’s going on” 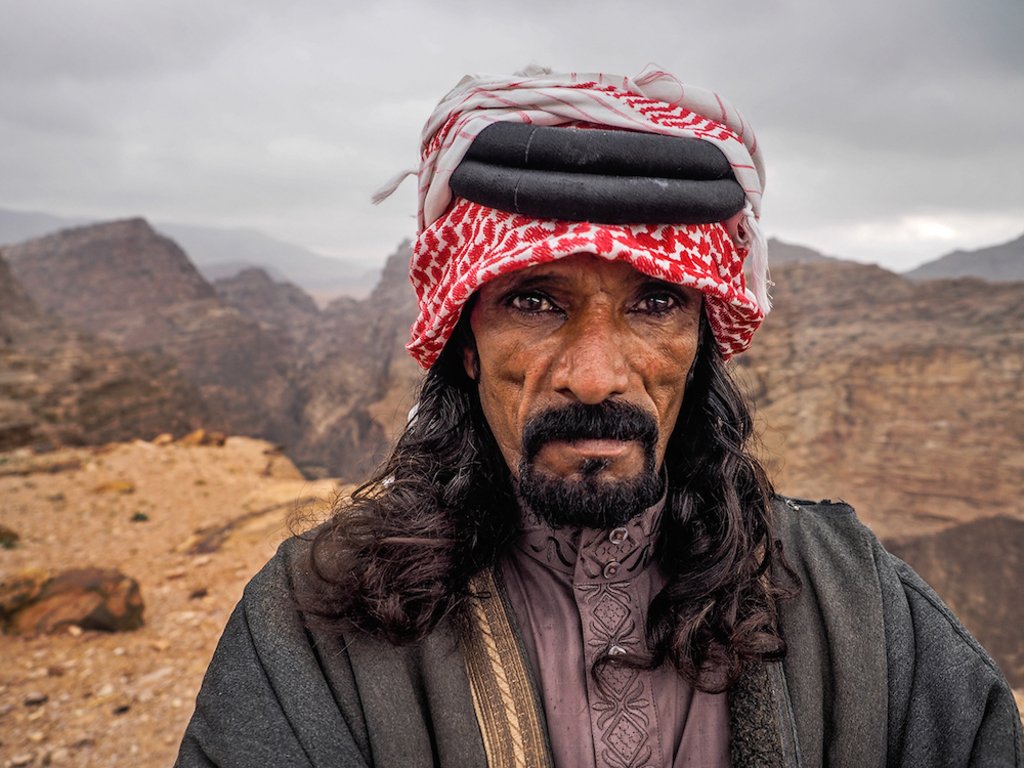 However, despite arguing that it isn’t equipment that makes a great photographer, Dickman explained that doesn’t mean any photographic device is best for photography:

“I shoot with my iPhone all the time. I love it… [But] powerful photography is about moment and when you’ve got your camera out here (points to hand) you have this visual chaos going around. How can you watch for subtleties of moment?  I want that camera to my eye so that viewfinder is my world.” 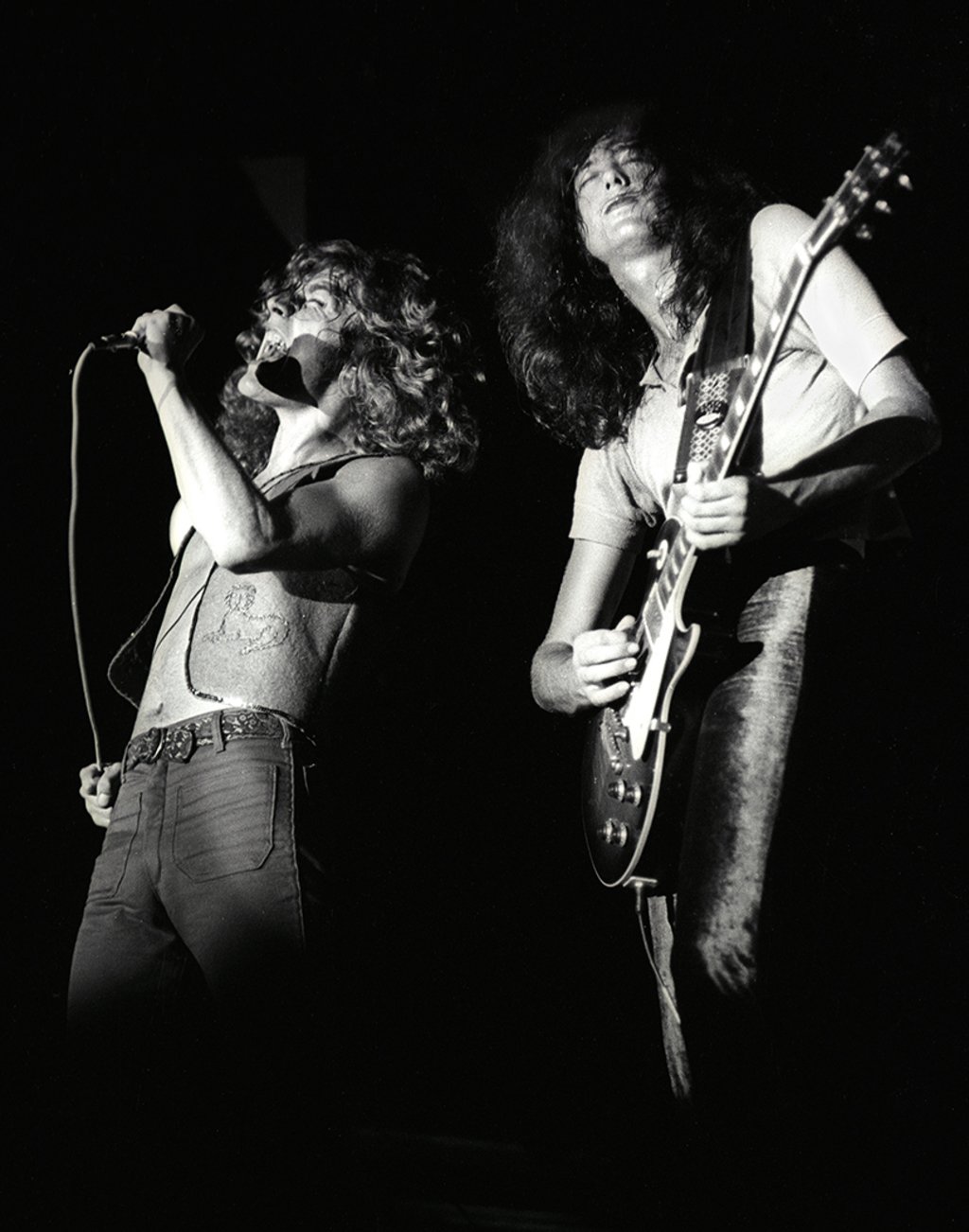 Similarly, having the camera to your eye not only subtracts visual chaos. Dickman believes it’s crucial for framing the perfect image.

“That viewfinder to your eye is your canvas; you’re responsible for every square centimeter of what’s going on and I tell people, don’t crop. Try to crop when you shoot. Of course, you’re going to crop sometimes, but when you think like that it forces you to be a better photographer. Sometimes the best zoom lens is your feet.”

On the role of a photographer

According to Dickman to capture a moment, photographers have to remove themselves from the equation by minimizing their presence as much as possible.

“The best thing in the world to become is invisible; that’s when you’re the best. If you’re working a scene, you want to be a part of it. That’s why for example if you want to shoot a scene in a European city, I suggest going to a cafe right before it opens and be a part of the scenery before everyone walks in. Because if you walk in with all this stuff on you, it’s a very aggressive thing.”

If you’re unable to immediately blend into the scenery, he explained you must do what you can to make yourself as uninteresting as possible.

Aside from capturing “moments” the other crucial component to photography is thinking like a storyteller.

“The challenge [is] you have to understand narrative—how to string these images together to tell a visual narrative. There are a lot of amazing photographers that would love to shoot for Geographic, but they don’t understand the concept of narrative; What is the connectivity between images that blend together?”

That lack of narration, he explained is what divides a photographer and a photo-taker.

“There’s a huge difference between a photograph and a snapshot… As a photographer that is 90—hell no, 99.9 percent of what’s on Facebook are snapshots—an image that has no language beyond that addresses anything beyond the people outside of the image. You see it and you forget it.”

While possessing the photographic prowess of someone like Dickman may be an unteachable talent, photography, he explained, is so ingrained in modern life that it’s become an international language. There’s no excuse not to be proficient. 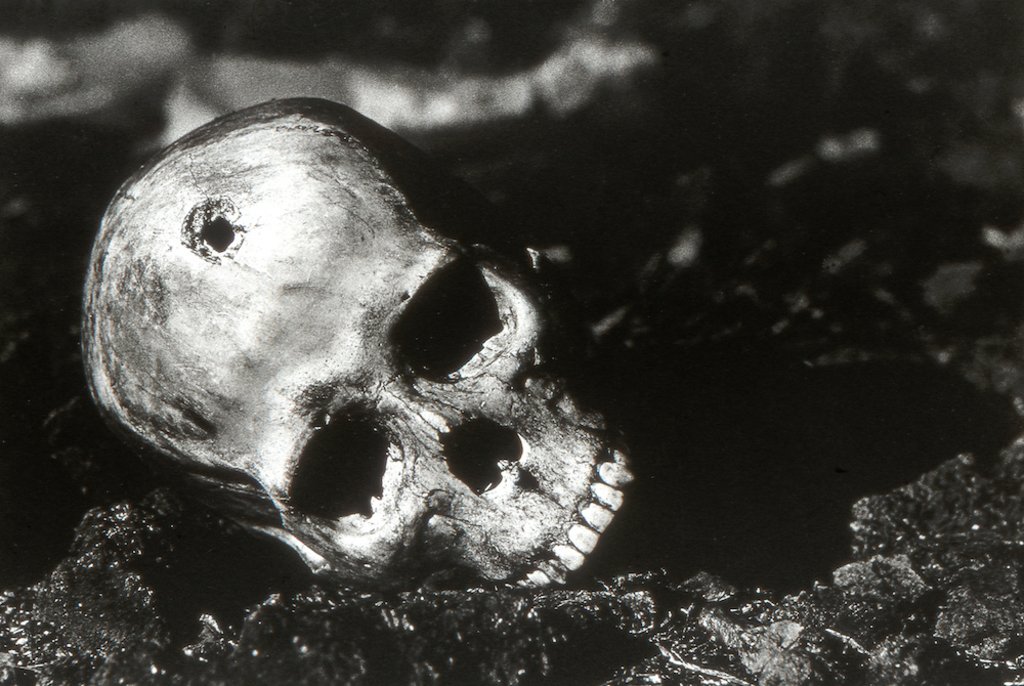 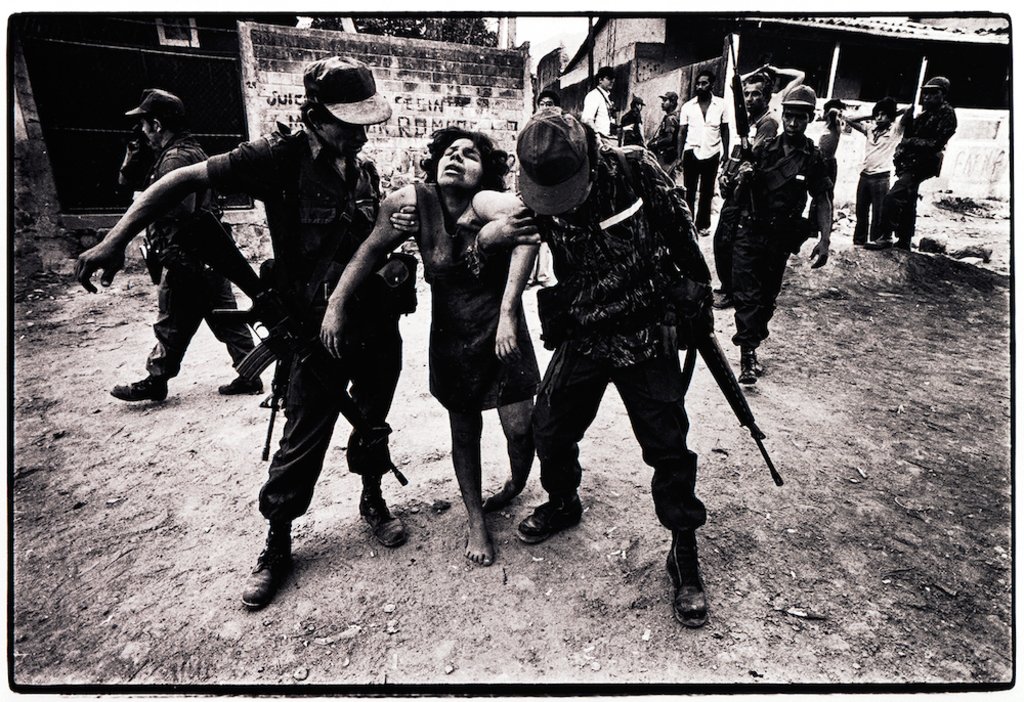 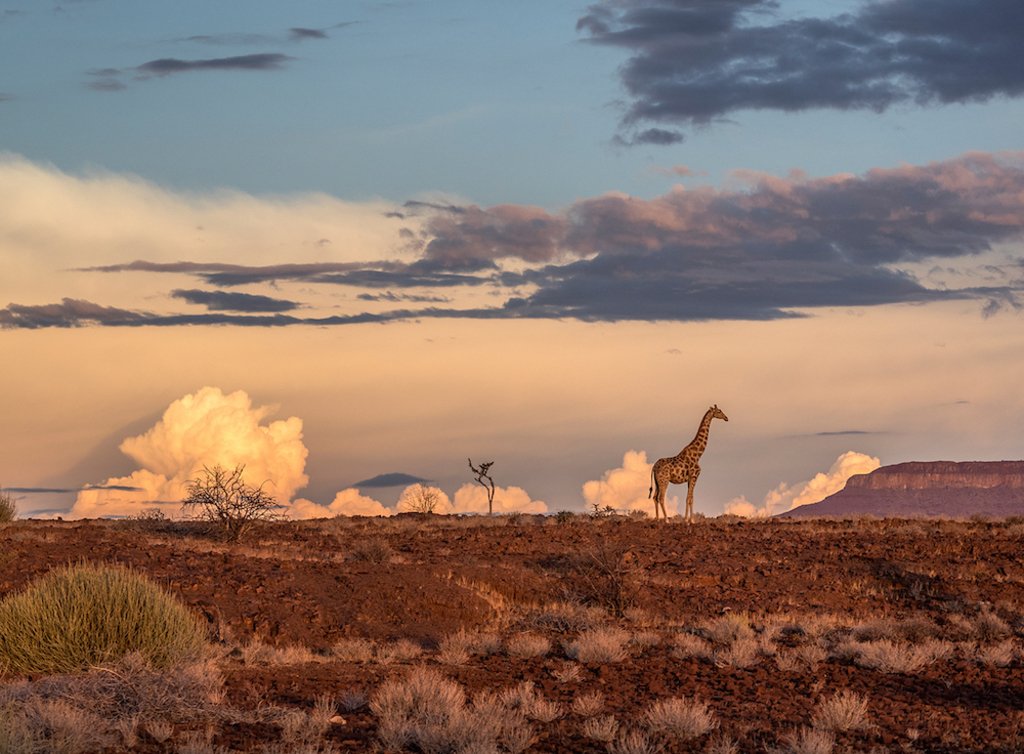