On Sunday, January 10, the world lost a legend with the death of David Bowie. Much has already been said to commemorate the English artist who was best known for his prolific, genre-defying music and acting career, and eccentric, evolving personas. So to honor the larger-than-life superstar, downtown Denver restaurant Squeaky Bean took a unique approach—they created an entire Bowie-inspired cocktail menu (available Tuesday, January 19).

Since 2009, the Bean has famously marked the passing of iconic cultural figures with their “Shrine cocktails”—a special drink that’s placed in a shrine to honor the deceased. However, up until now, the restaurant has never developed an entire menu. 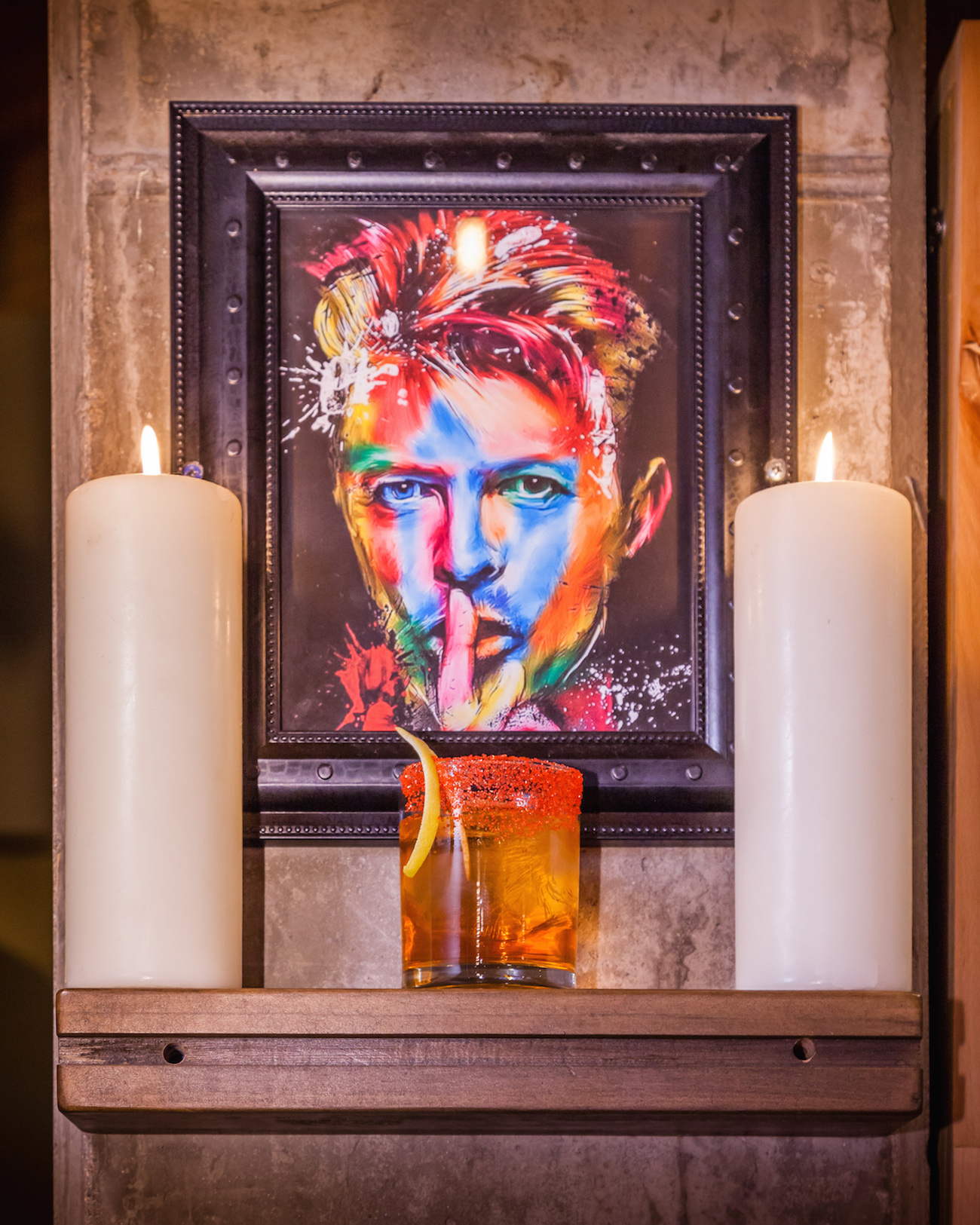 The diverse cocktail menu draws inspiration from Bowie’s shifting personas; each of the seven drinks are designed to embody elements of their namesake track. “I looked at his songs and ideas that inspired me and that I resonated with,” said Jack Bethel, Bar Manager at the Squeaky Bean. “I turned on [each song] extra loud and saw what feeling it evoked.” 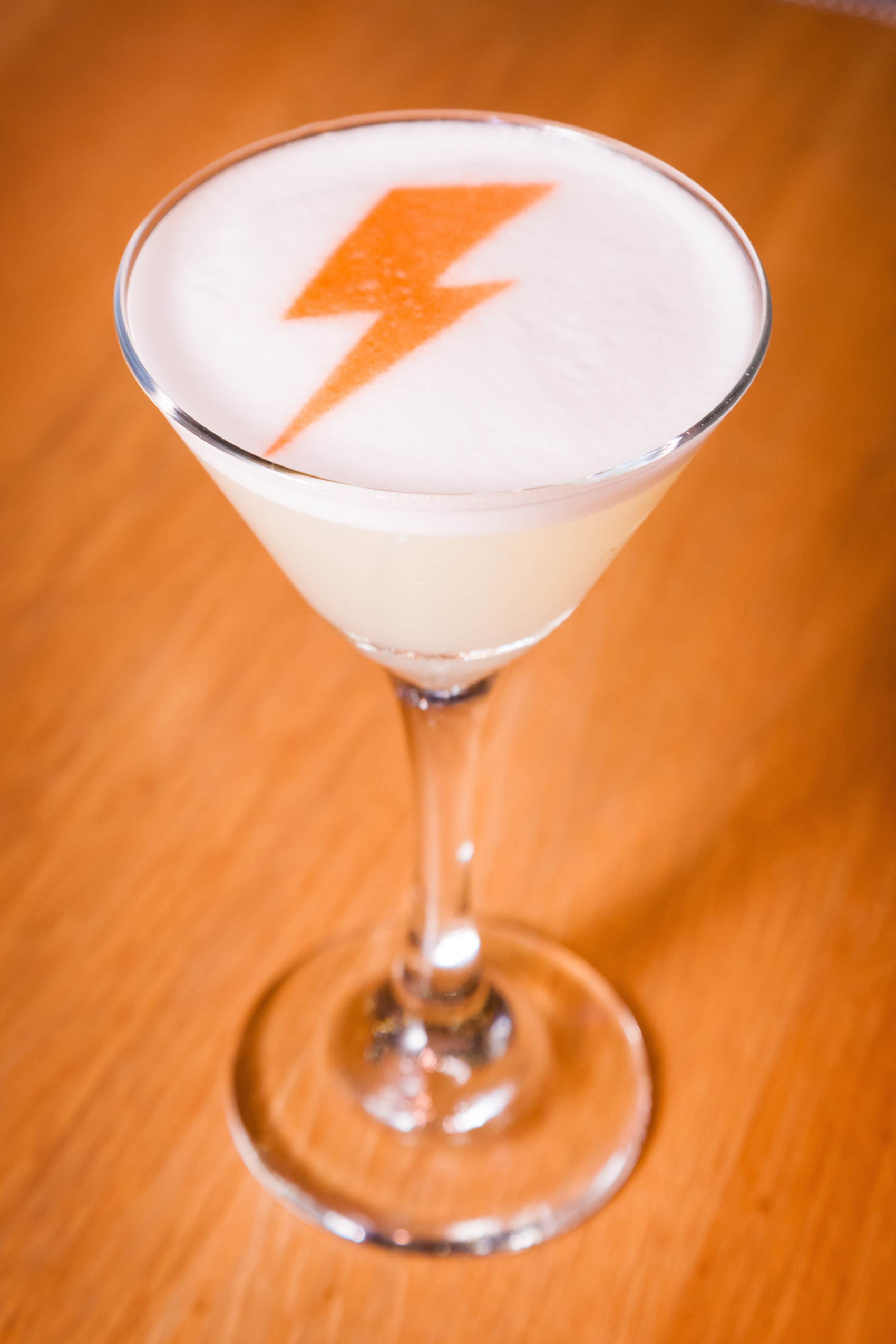 For example, Bethel describes the track “Space Oddity” as earthy and slightly mournful. To embody this, Bethel concocted a variation of the Pisco Sour. In addition to the citrusy, crisp base of the traditional drink, Bethel adds mandorla almond into the drink and tops it off with a fitting Campari mist lightening bolt. The result is a light, lilting drink that benefits from a sophisticated, toasted nuttiness ($12). 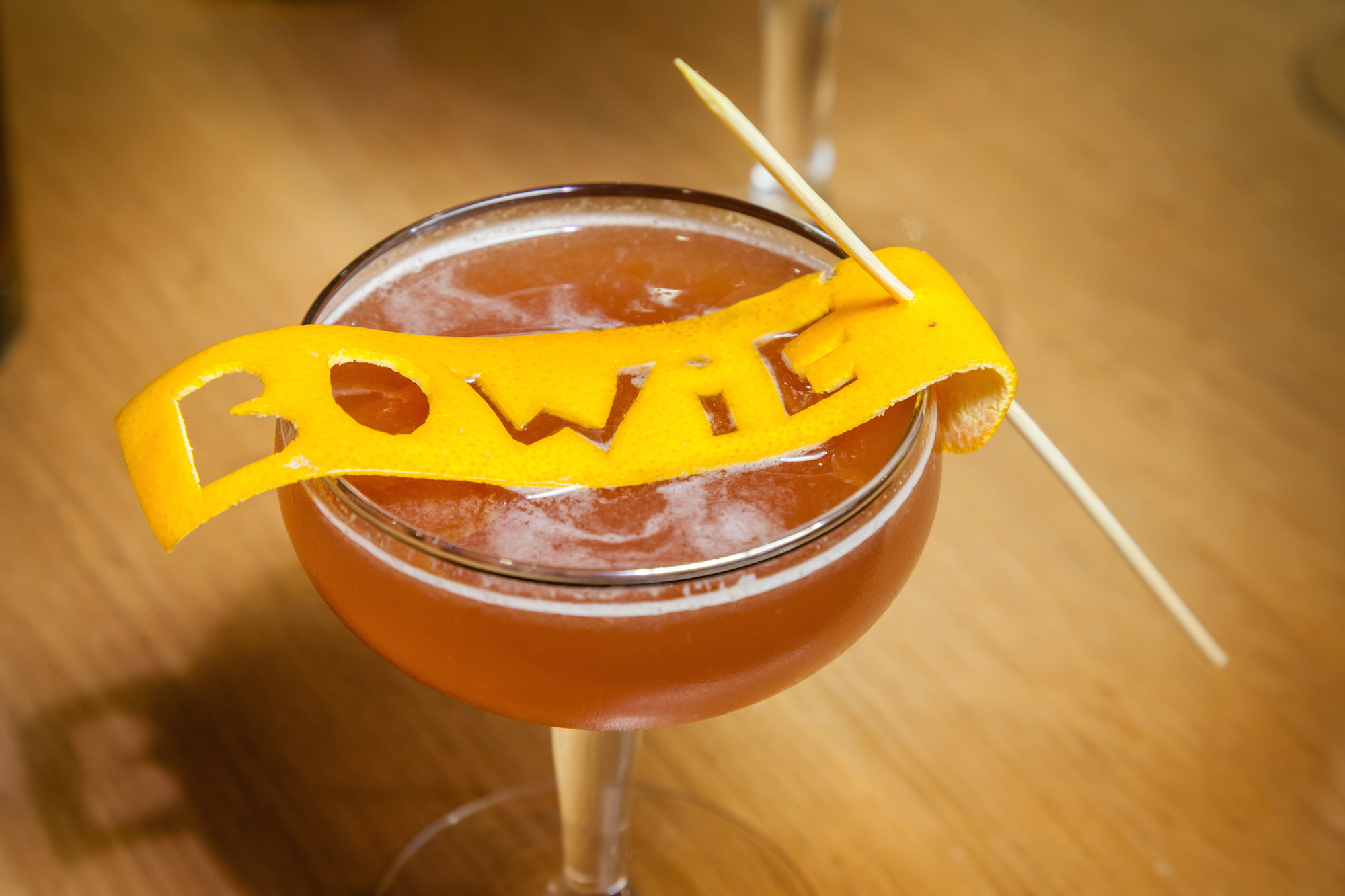 “Let’s Dance” ($11), based off Bowie’s famous disco number, is a light, quaffable drink with a Lillet Blanc base that has just enough punch to get you to dance. “Golden Years” ($11), which Bethel describes as an unadulterated party song, is an appropriately golden-hued take on the Trinidad Sour—complete with “Bowie” hand-carved into its orange peel garnish. The drink’s orange bitter base mixes with just enough rum, lime, and pomegranate to awaken the palette. Finally, “Ziggy Stardust” ($12), the featured Bowie Shrine Drink, riffs on the classic Negroni—which Bethel associates with royalty—and is topped with edible glitter and dehydrated campari “stardust.”

The Squeaky Bean will unveil the cocktail menu on Tuesday, January 19, during a special tribute evening that will feature drink specials and selections from Bowie’s multitudinous musical catalog. The exclusive drinks will be available until at least the end of January. The restaurant will introduce its next Shrine Cocktail during Denver Restaurant Week (February 26-March 6) to commemorate the passing Penny Parker, the beloved Denver journalist.

As far as the tribute evening goes, the Squeaky Bean invites partygoers to personify their favorite era of Bowie and Bethel challenges everyone to embrace their inner-Bowie and to “put on some tights or something weird, and have some fun.”

Can’t wait until Tuesday? Here’s how to make Space Oddity at home: