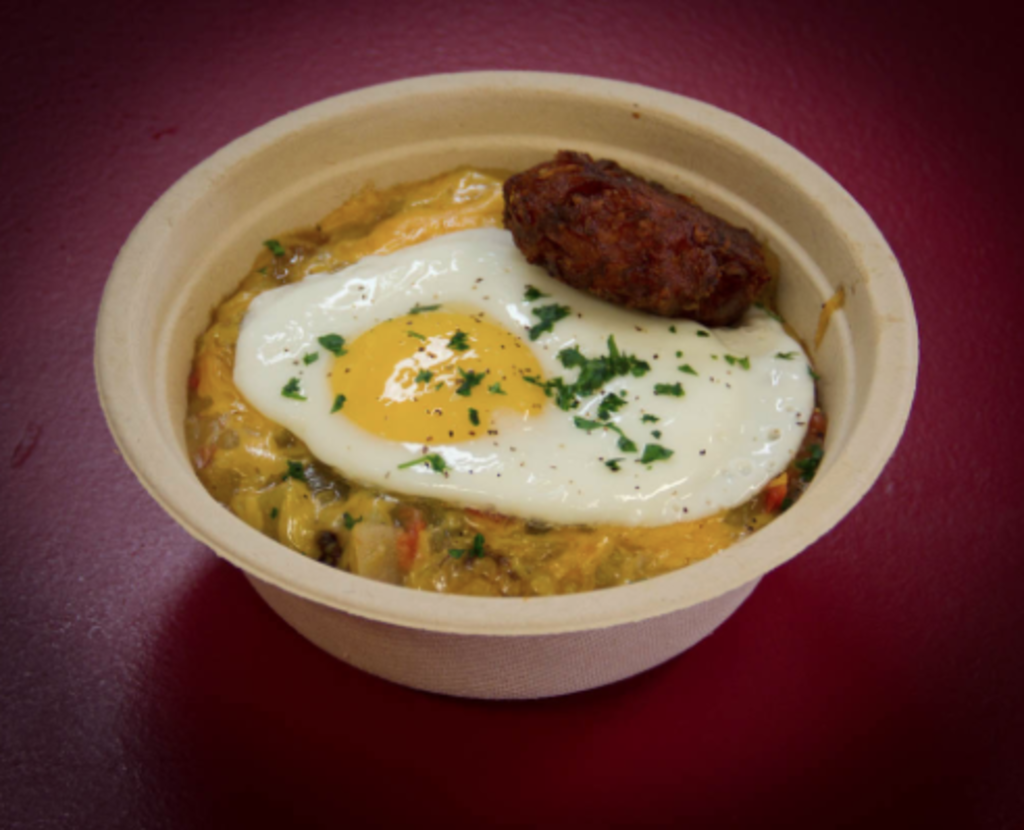 Although we just gave you five new places you got to check out, we are back yet again with three more spots to add to your must-do list. This week, we welcome the third outpost of a new tea lounge to the South Broadway area and the rebirth of a formerly shuttered Jewish deli that specializes in potato pancakes. Also, Old Major tries to shake things up with a new lunch pop-up focused just on chicken sandwiches. So grab your warmest coat and conjure up an appetite because come this time next week, we’re sure we’ll have another hefty round of openings ready to be served. 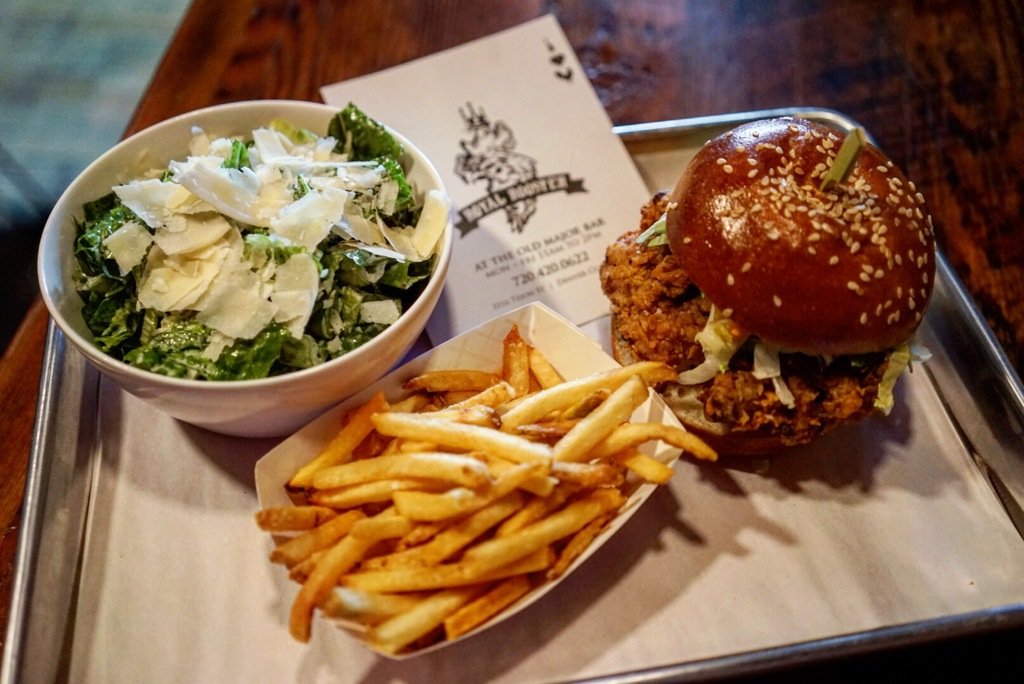 The Low Down: Typically known for its pork-packed menu, Old Major launched a brand new “pop-up” lunch concept dedicated to another carnivore delight—fried chicken. But “Royal Rooster,” as the pop-up is called, isn’t serving up the whole bird. Rather Old Major is sandwiching its fried chicken thighs between two “squishy,” pretzel-like buns for four renditions of a classic chicken sandwich. Offered only for lunch, the menu consists of a Classic Rooster ($8) with pickles, mayo and lettuce; a Spicy Rooster ($8) that has the fixings of a classic just with Sriracha mayo; a French Rooster ($9) made with French ham, swiss cheese, thyme, mayo and lettuce; a Korean Rooster ($8) with kimchi and Kewpie mayo. Sides include a Caesar salad ($4, $10 for an entree size with chicken) and French fries ($3) fried in peanut oil. Draft beers ($5) and kegged wine from Infinite Monkey Theorem ($5) are also available. You can catch the pop-up Monday through Friday, 11 a.m. to 2 p.m. 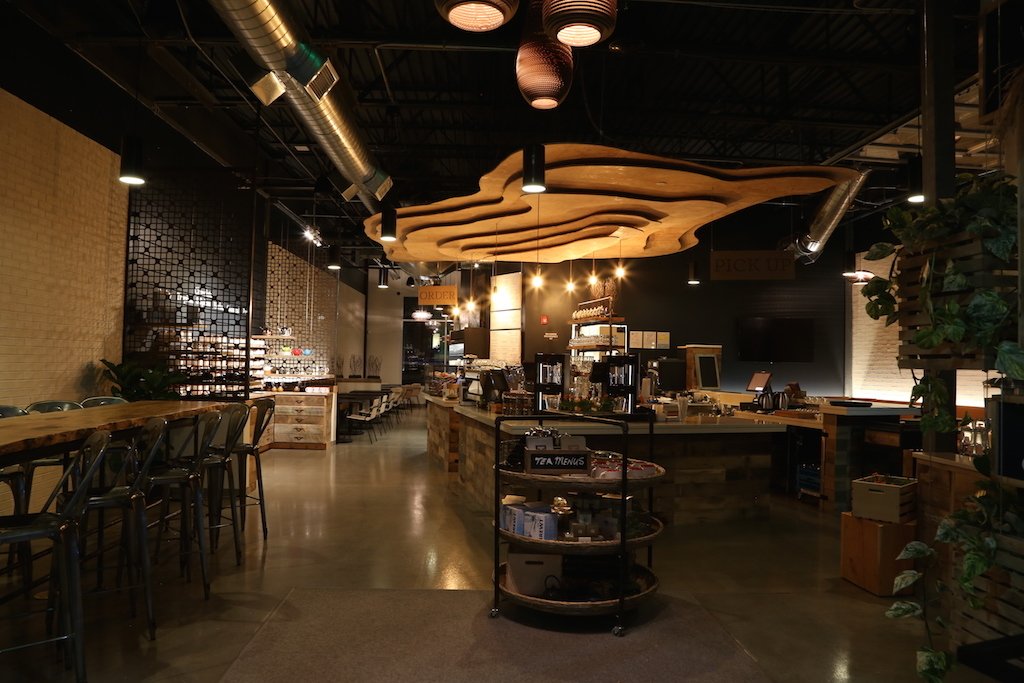 The Low Down: Today Platform T opens its second location in Denver with a spot on the corner of 1st and Lincoln. Set in a former science equipment store, the new tea lounge offers a haven for tea lovers amidst a sea of downtown coffee shops. However instead of offering a complex and daunting menu, Platform T caters to the novice with only six tea categories (with plenty options inside each category). The goal is to enable the consumer to spend less time selecting and more time sipping. Coffee from Corvus will be available along with tea-infused cocktails. Make sure to check back with 303 later next week for a full write-up on the new location.

[UPDATE, December 5 at 3:04 p.m.: Number of locations has been updated from three to two.] 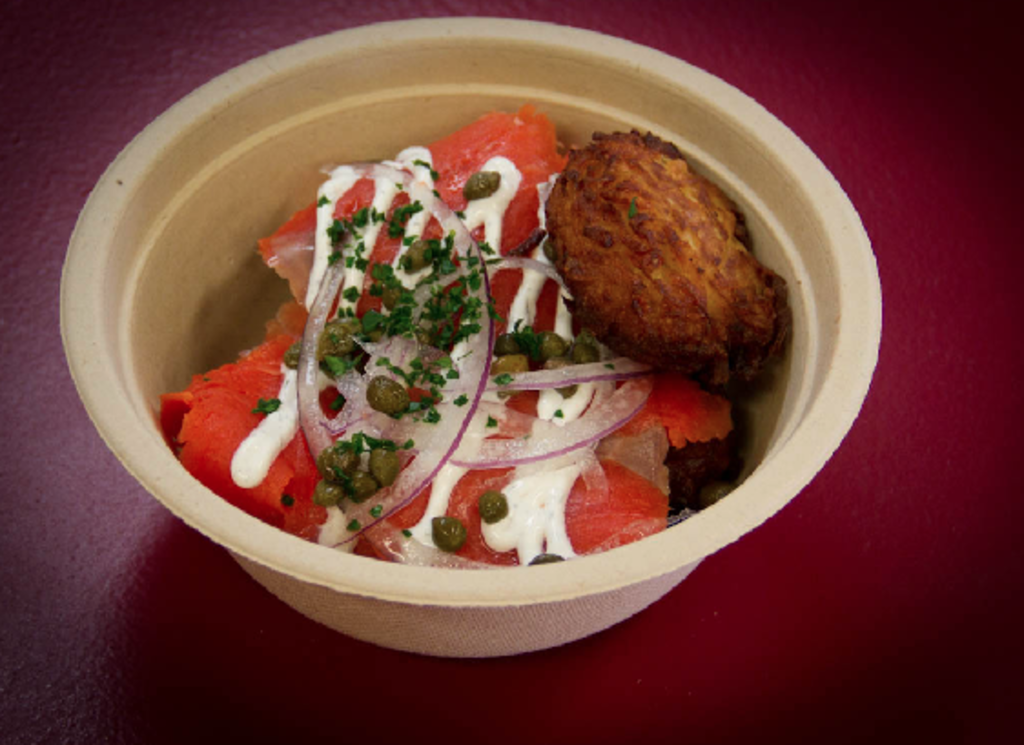 The Manhattan Latke with smoked salmon. Photos by Crystal Rhea.

The Low Down: Formerly located in Park Hill, Latke Love re-opened off Littleton Boulevard in Downtown Littleton this Tuesday. The Jewish deli comes just in time for Hanukkah and offers six different types of Latkes, or potatoes pancakes, for Jews and Gentiles alike. Options range from latkes with green chili to brisket, salmon and even applesauce for dessert. Latke Love is open from Tuesday through Sunday and is taking Hanukkah orders ($13 for a dozen). Just call to snag a batch 303-995-9708.