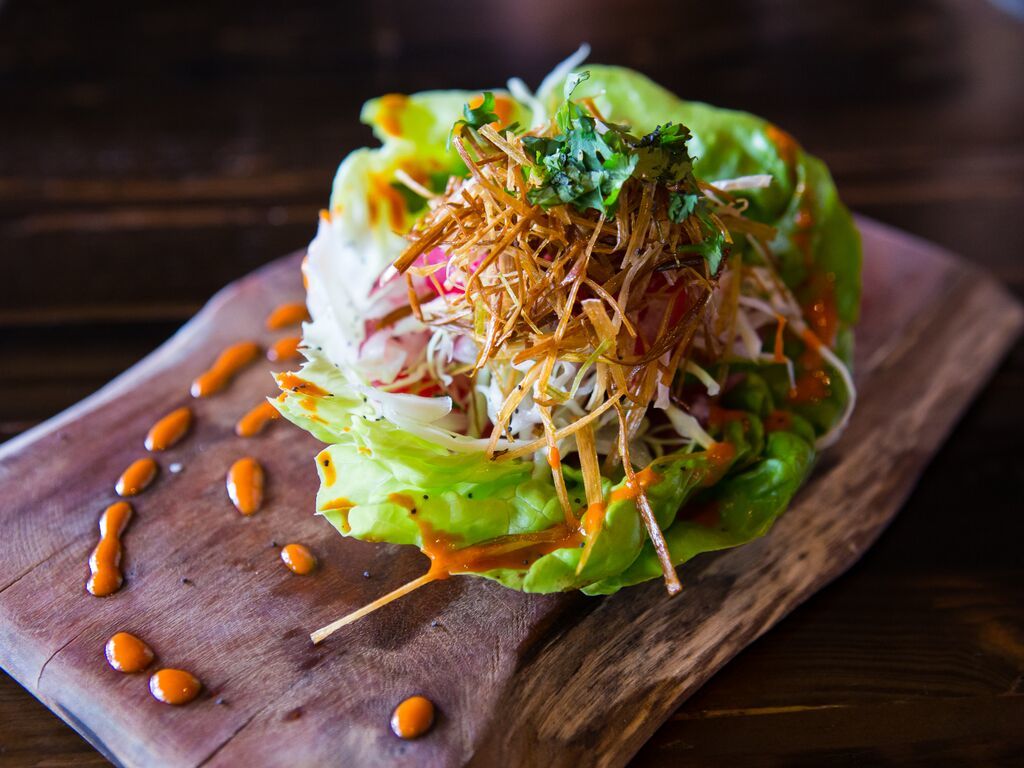 Between restaurant reviews and food events, the life of a Food + Booze staff member at 303 Magazine can get busy. However, we equally enjoy sampling spots off the clock. Interested in reading about some of our favorite dishes, drinks, events, or establishments around town? Look no further than our monthly staff round-up. 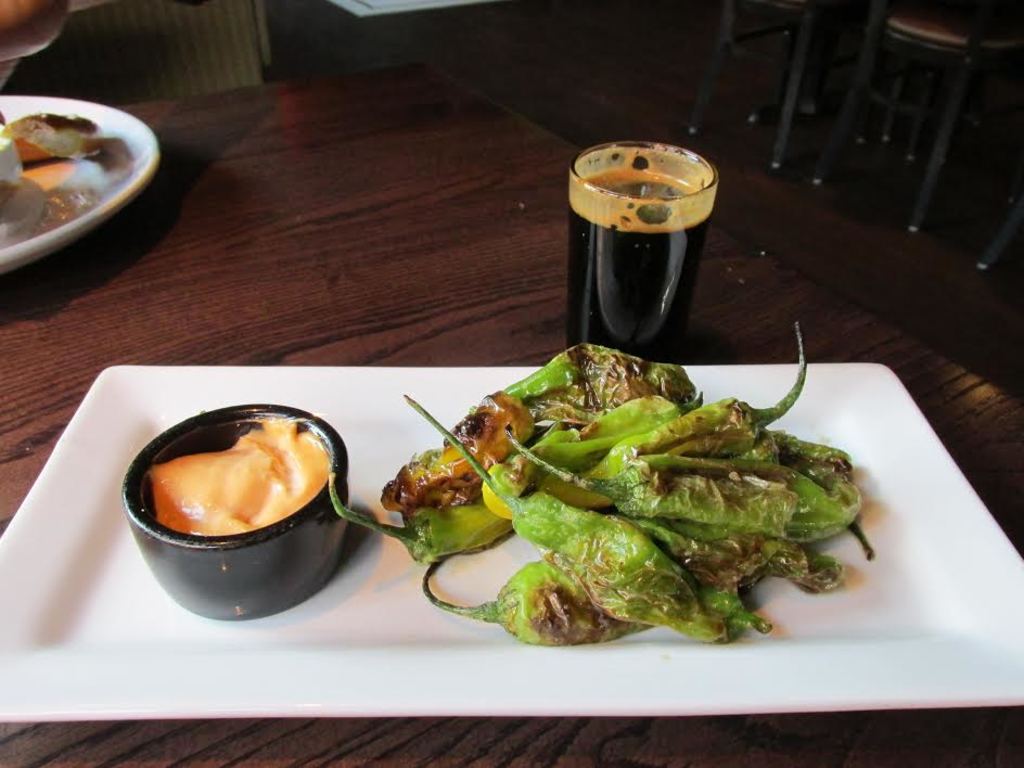 Pan-seared shishito peppers and a Yeti Imperial Stout at the Thirsty Lion. Photo by Leah Arthur.

Thirsty Lion recently put out its Fall Fresh Sheet which features several new dishes and drinks. I paired the pan-seared shishito peppers with a Yeti Imperial Stout from Great Divide Brewing Co. The slight smokiness of the beer really complemented the charred skin of the peppers. It was delicious! 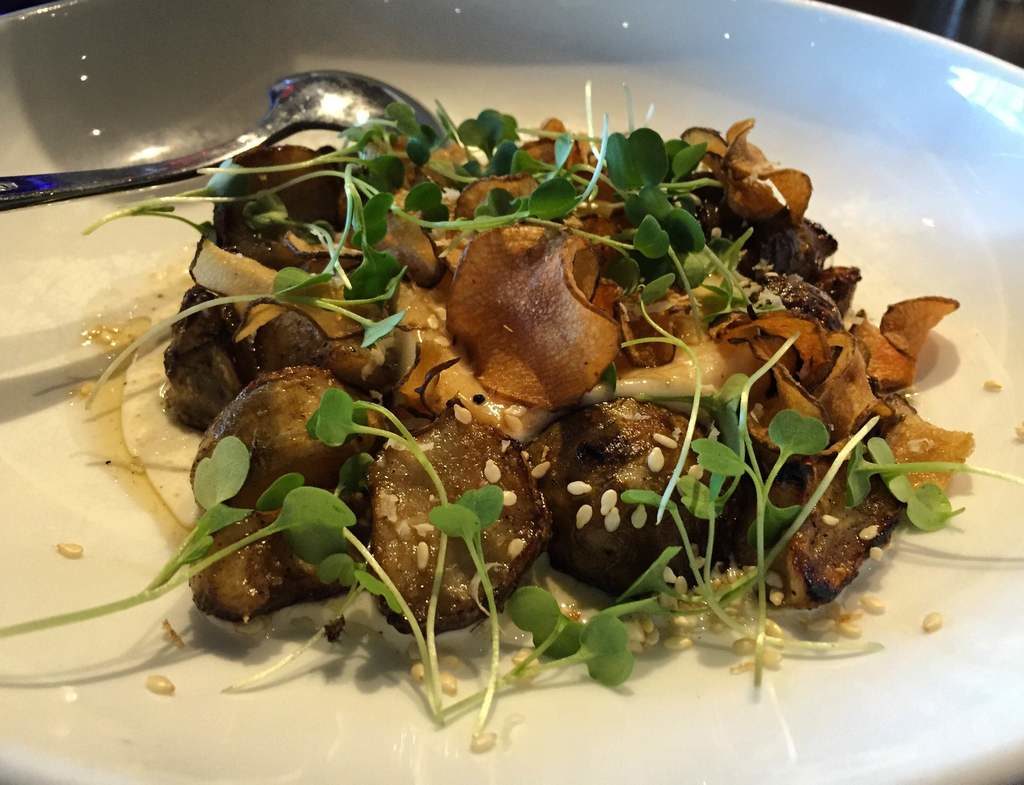 While I was out one night doing a bit of cocktail research, I dropped by Acorn for something to sip on. Though it wasn’t my intention to dine in that night, I came across the Red Wagon Farm sunchoke dish. The savory vegetable was served with a rich and salty dashi panna cotta, shaved horseradish, and sesame seeds. Rest assured, the dish it was served in was virtually spotless by the time I scooped up the last decadent bite.

Not wanting to fall out of the seemingly good graces of my boss, a bottle of craft spirits seemed liked an apt gift for her impending 50th birthday. Luckily the specialty bottle shop of Proof Wine and Spirits on Larimer in RiNo was able to assist in finding the perfect whiskey. Although not a vast selection, the wine, beer and spirits are carefully selected and continually rotated. The owner, Liz Batkin, is exceedingly generous with the dispensing of her knowledge and suggestions. 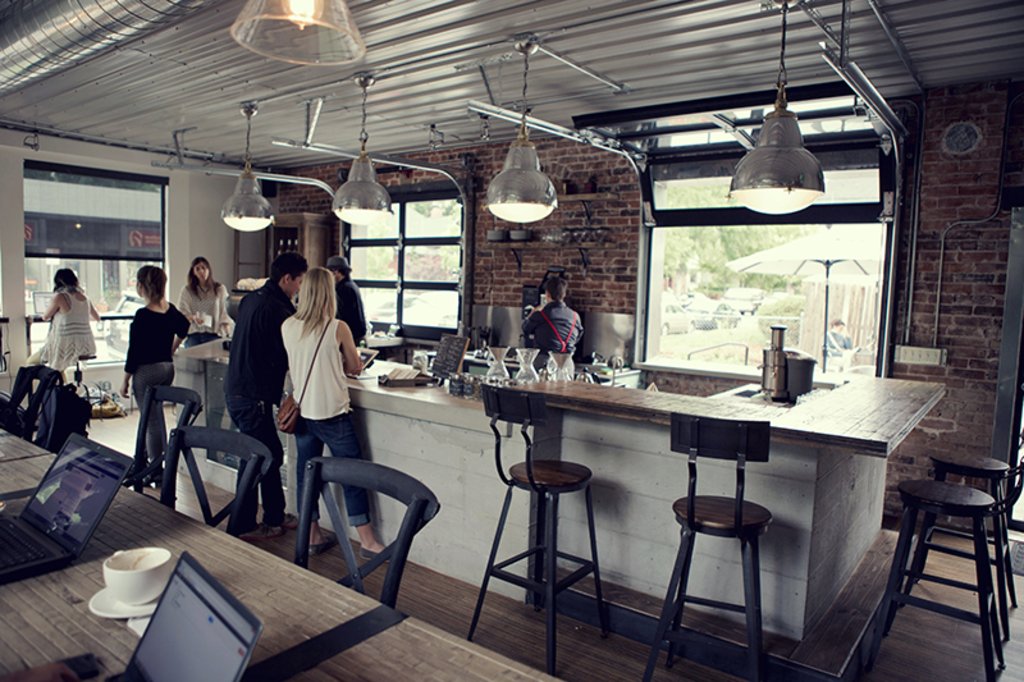 For this month’s new favorite spot, I checked out Steam Espresso Bar in Southwest Denver. This hip-as-it-is-charming spot immediately welcomes you with rustic wood and brick accents, and a back room full of glistening chandeliers. Pop in for some productive work time to the soundtrack of smooth alternative hits, a caffeinated social hour with a friend, or a simple excuse to blow off some steam—pun intended. 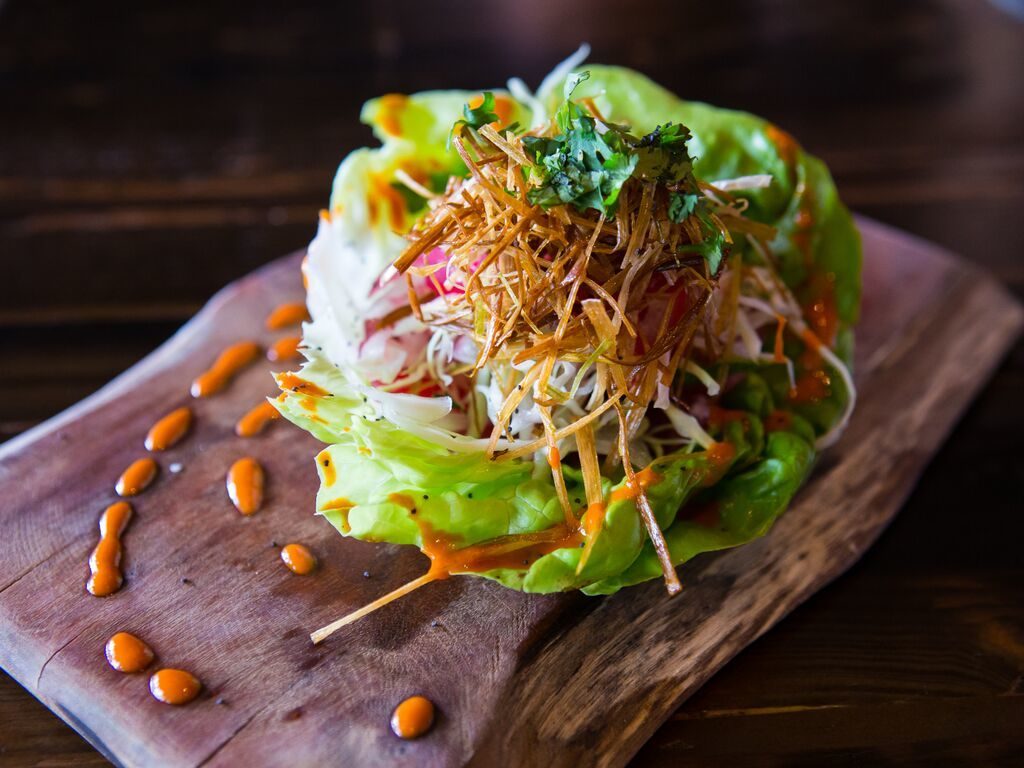 The O.M.F.G. taco at Dos Santos. Photo by Camille Breslin.

Ever since Dos Santos opened this summer, I have numbered the restaurant’s tacos among my favorite go-to dishes in the city. At $4.75, the O.M.F.G., made with fresh tuna and cilantro aioli, may be a little pricier than your average taco, but, to me, it is money well spent. Though one may argue it’s hardly the point, I find it refreshing to dine out and not feel like I have to start fasting as an apology to myself for eating too much decadent food—the O.M.F.G. has the payoff, sans guilt.

My favorite event this month was Stem Ciders’ Harvest Party. The outdoor venue and bluegrass music felt so uniquely Colorado—and it didn’t hurt that there was a barbecue food truck, either. The event was perfect to showcase the range of ciders that Stem has. They don’t stick to either sweet or dry. Stem has the ability to make cider that diehard beer fans would enjoy. The Remedy, by far, is the stand out. It’s floral and light, and even with winter coming, the hops will help it stay the course. 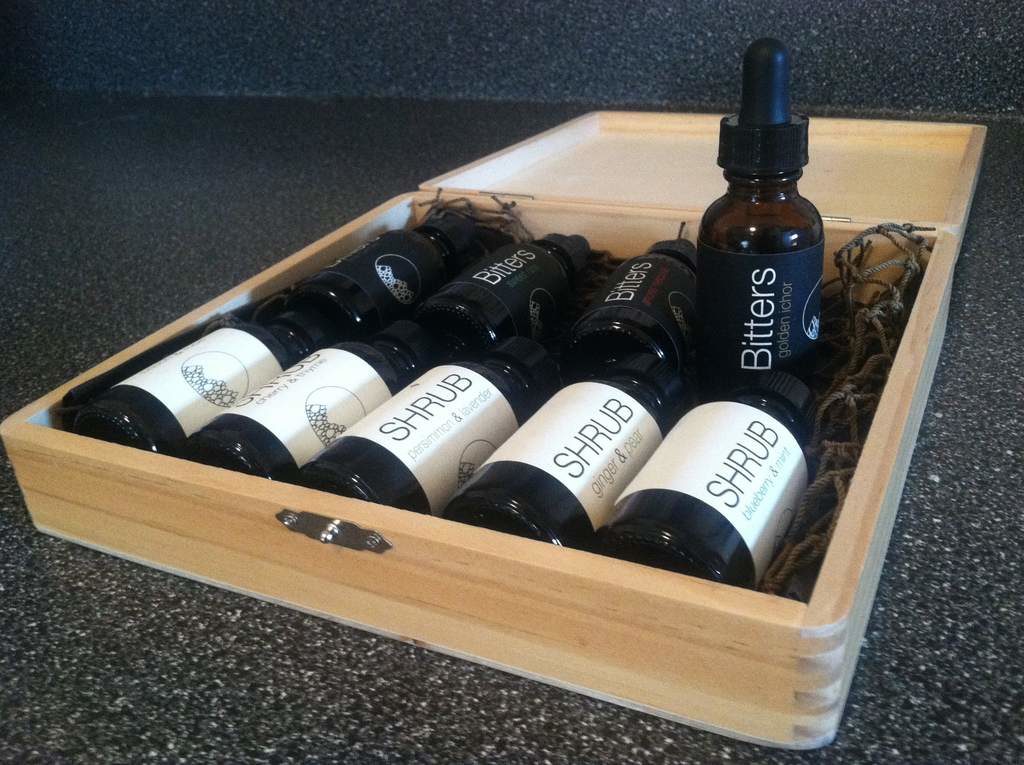 As the days get shorter, the comfort of my couch becomes increasingly difficult to resist. And what’s better than a strong nightcap and a good book (or Netflix, for that matter)? To help welcome the change of season, I’ve had Strongwater Spirits and Botanicals to keep me company. A particular favorite is the Golden Ichor herbal bitter, an aromatic, earthy infusion of organic turmeric, cardamom, sassafras, and cinnamon that works well in an old fashioned. Bonus: As a digestive tonic, Golden Ichor helps purify the blood and metabolize food by removing toxins and strengthening the liver and gallbladder. In other words, it’s whiskey’s best friend. 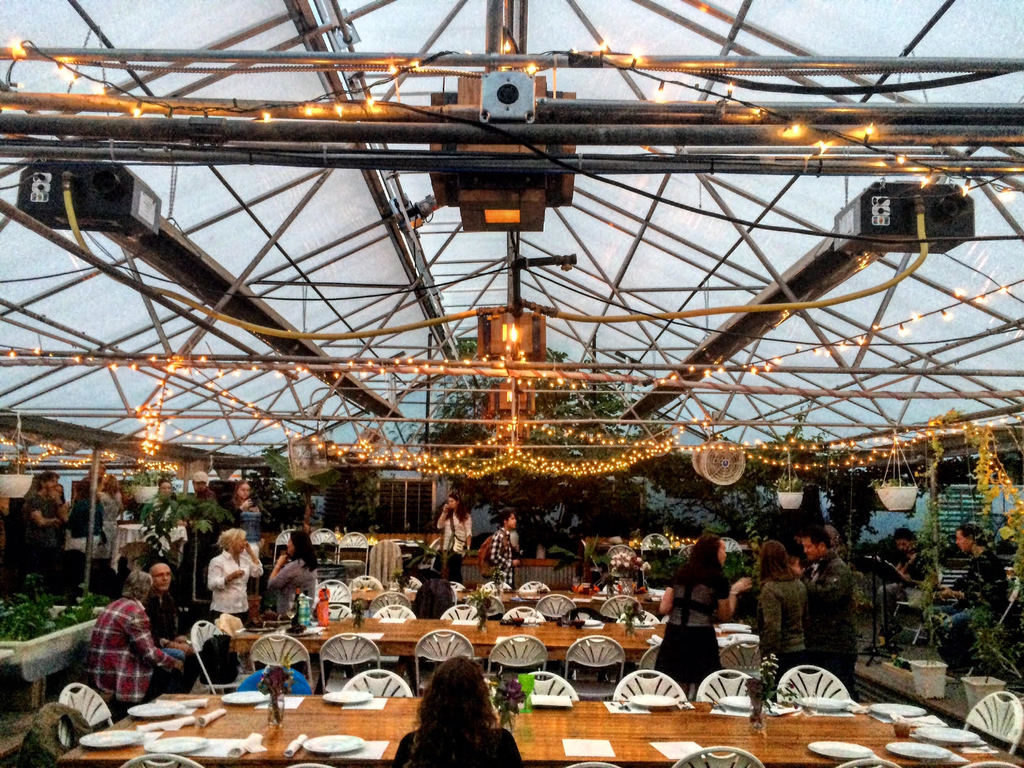 This October, my favorite event was for sure Harvest Week (aside from GABF). Put on by EatDenver, the weeklong “independent restaurant collaboration” was at a greenhouse in Globeville called the Growhaus. It was a really unique venue and the Hunters & Gatherers-themed dinner I attended featured some of my favorite restaurants like Beast + Bottle and Squeaky Bean. The guys from the Bean served an elaborate purple potato pave that consisted of what had to be at least a hundred thin layers of potatoes. It was beautiful. Also, it was cool getting to see the Growhaus in person, as I am a big fan of what they do (read about them here). Next year, I want to do the brunch event for two reasons: Breakfast is my favorite meal of the day, and it is called “Praise the Lard.” How can that not be a good time?