As Coloradans gear up to celebrate the state’s 139th birthday tomorrow, August 1, it only seems right that we include yet another bonus to living in a place with some of the most diverse scenery in the United States.

When a state is home to wonders like the Rockies, the deserts of Durango, the bohemian world of Boulder, and a small, but mighty city like our beloved downtown Denver, it’s no wonder that movie makers and producers alike flock at the chance to use Colorado as the backdrop for their films. For decades, Colorado has been featured in movies of all breeds: westerns, action flicks and small time indies.

As if you need another reason to celebrate Colorado this upcoming weekend, here is a compiled list of big time movies filmed in Colorado, some of which, may come as a surprise. 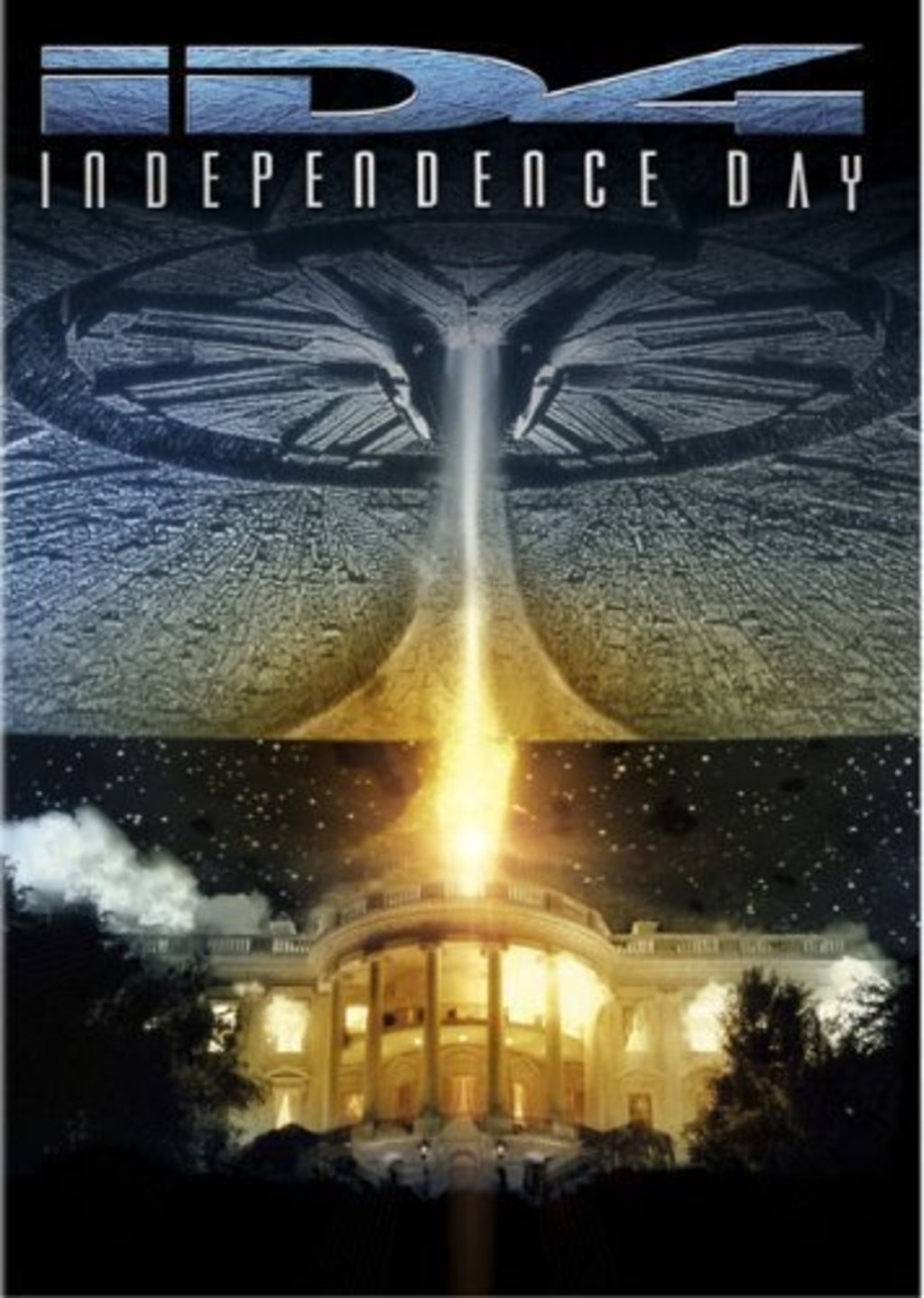 The 1996 American science-fiction disaster film “Independence Day, “starring Will Smith and Jeff Goldblum, narrates the tale of an alien attack which results in the remaining human population converging to participate in their last attempts of a counterattack on July 4th, the United States’ Independence Day. Since the majority of the film takes place in desert and wasteland, most scenes were shot in locations like Nevada, California and our very own Colorado. Some of military locations were specifically filmed in Colorado Springs at the Peterson Air Force Base. 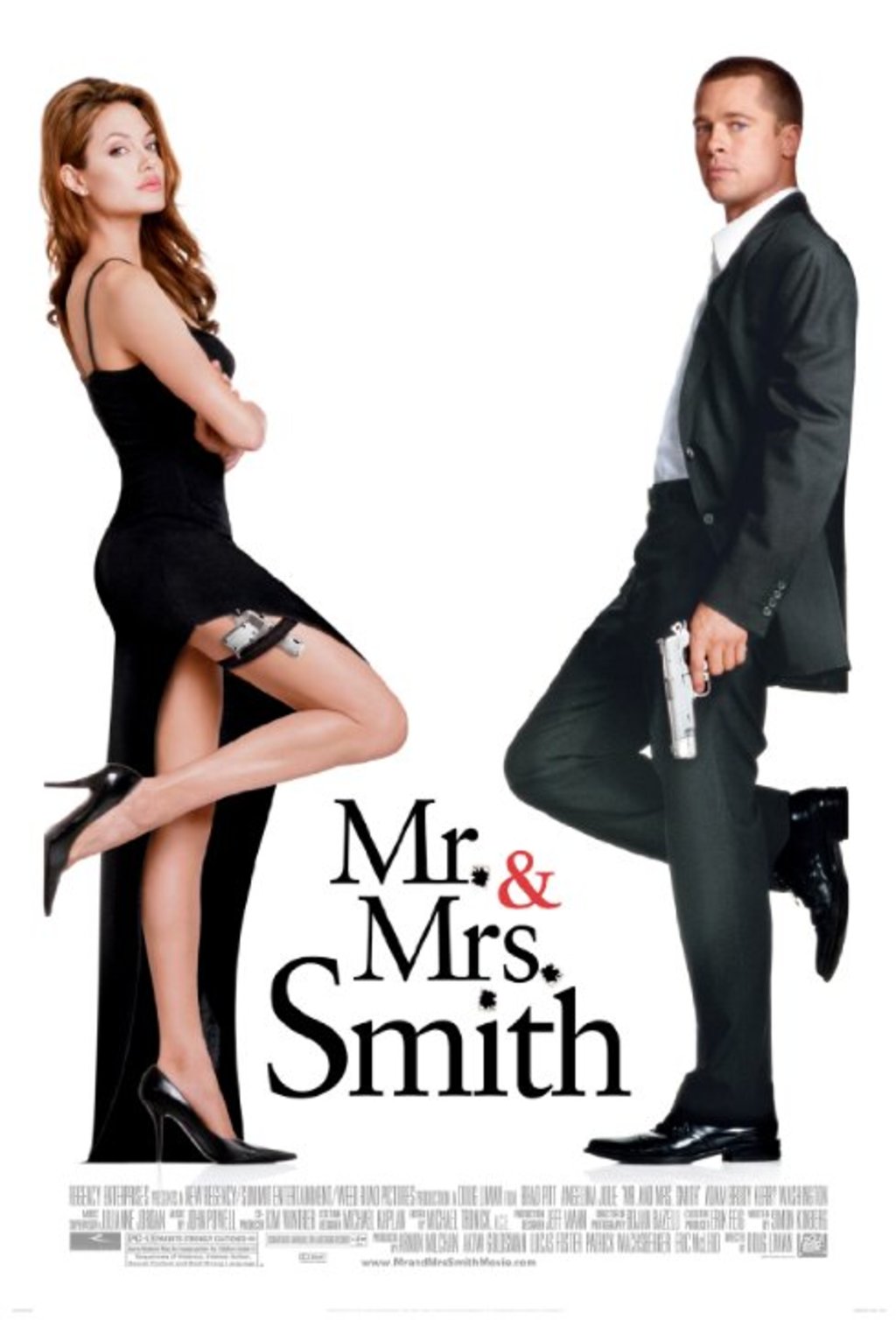 Remember that film that brought us Hollywood royalty that is Brangelina? Well “Mr. and Mrs. Smith,” the story of two assassins entirely unaware of their partner’s secret life until they become each other’s next target, was released in 2005 and boasts a range of locations from desert sand to city skylines. For the desert scenes, which include the beautiful Brad Pitt majestically driving a dune-buggy, the locations were mostly shot in Colorado’s Glenwood Canyon. 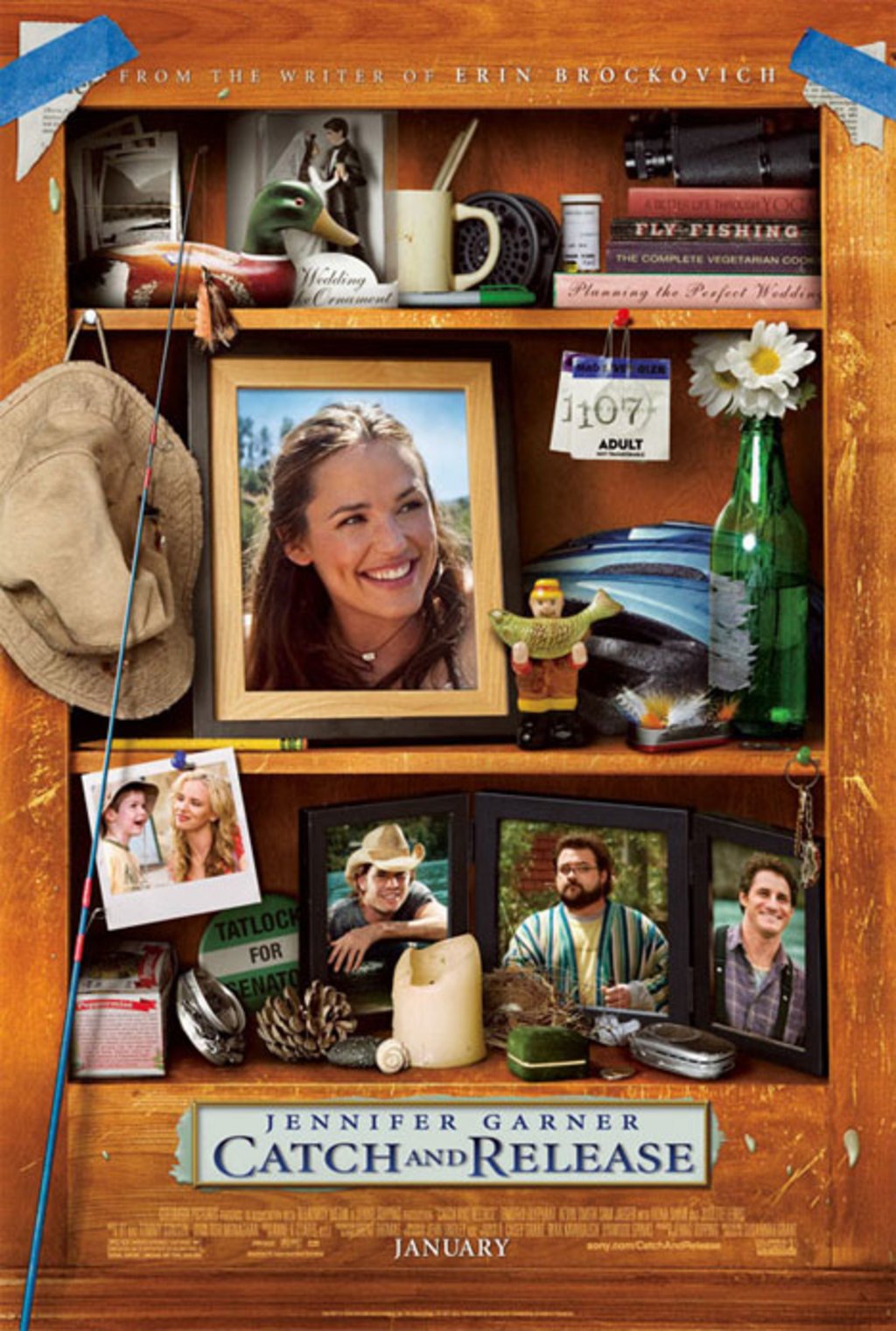 Unlike other films that disguise Colorado to be a completely different location other than Colorado, the plot for “Catch and Release” centers entirely around the small and bustling city of Boulder and its many bohemian occupants. Released in 2006, the romantic comedy, which stars Jennifer Garner and Timothy Olyphant, follows the life of Gray Wheeler after her fiancé unexpectedly passes, and she’s left to deal with his secrets and her budding relationship with his closest friend. The film has scenes set on Boulder’s famous downtown Pearl Street Mall, as well as in various locations throughout the Boulder area. 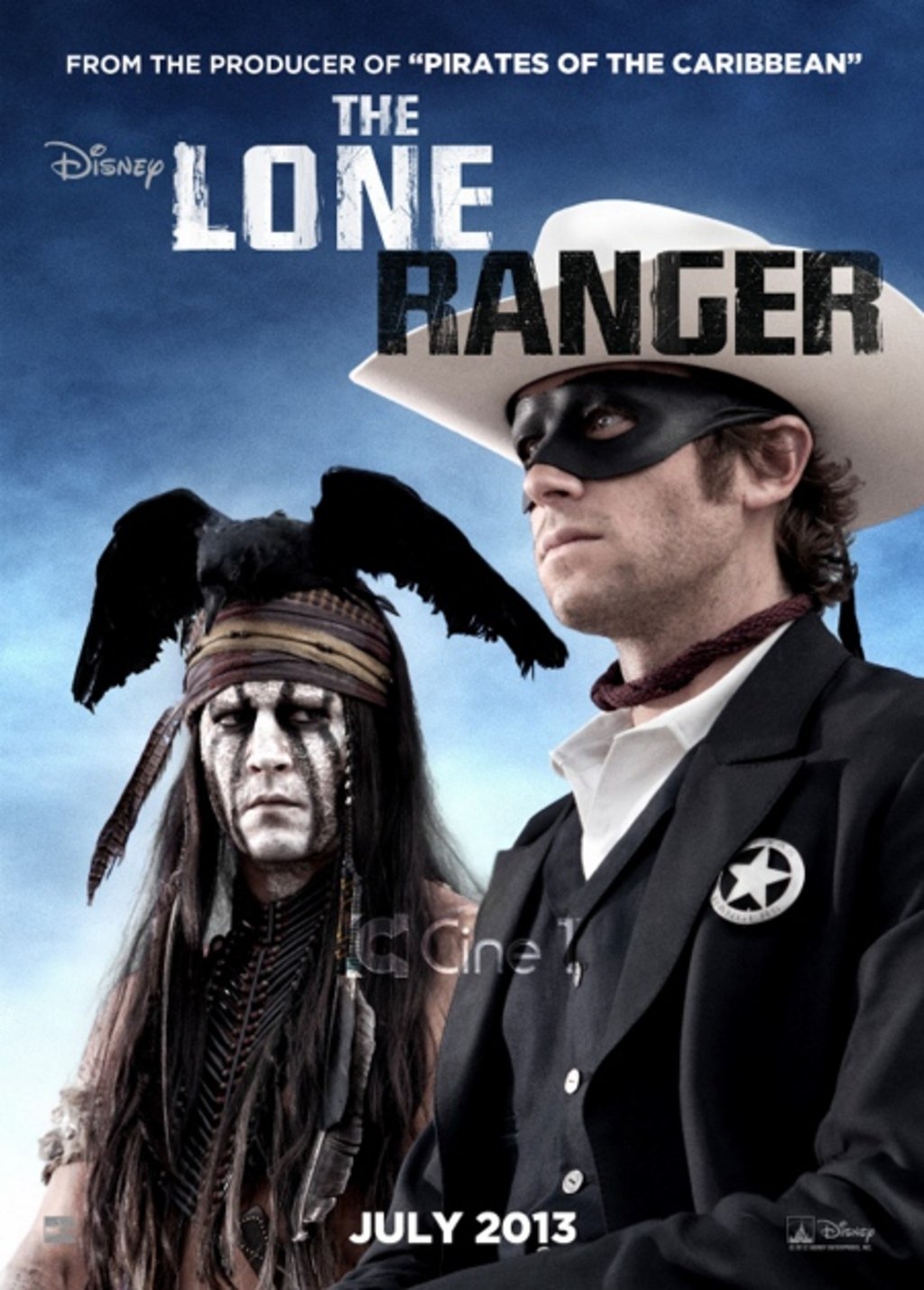 Released in 2013, “The Lone Ranger” is a Disney blockbuster film starring big-time actors Johnny Depp and Armie Hammer. The story follows John Reid and Tonto, who join forces to bring villain Butch Cavendish to justice. The film’s scenic make-up is almost entirely desert and wasteland, a large portion of which was filmed in Creede, Colorado. 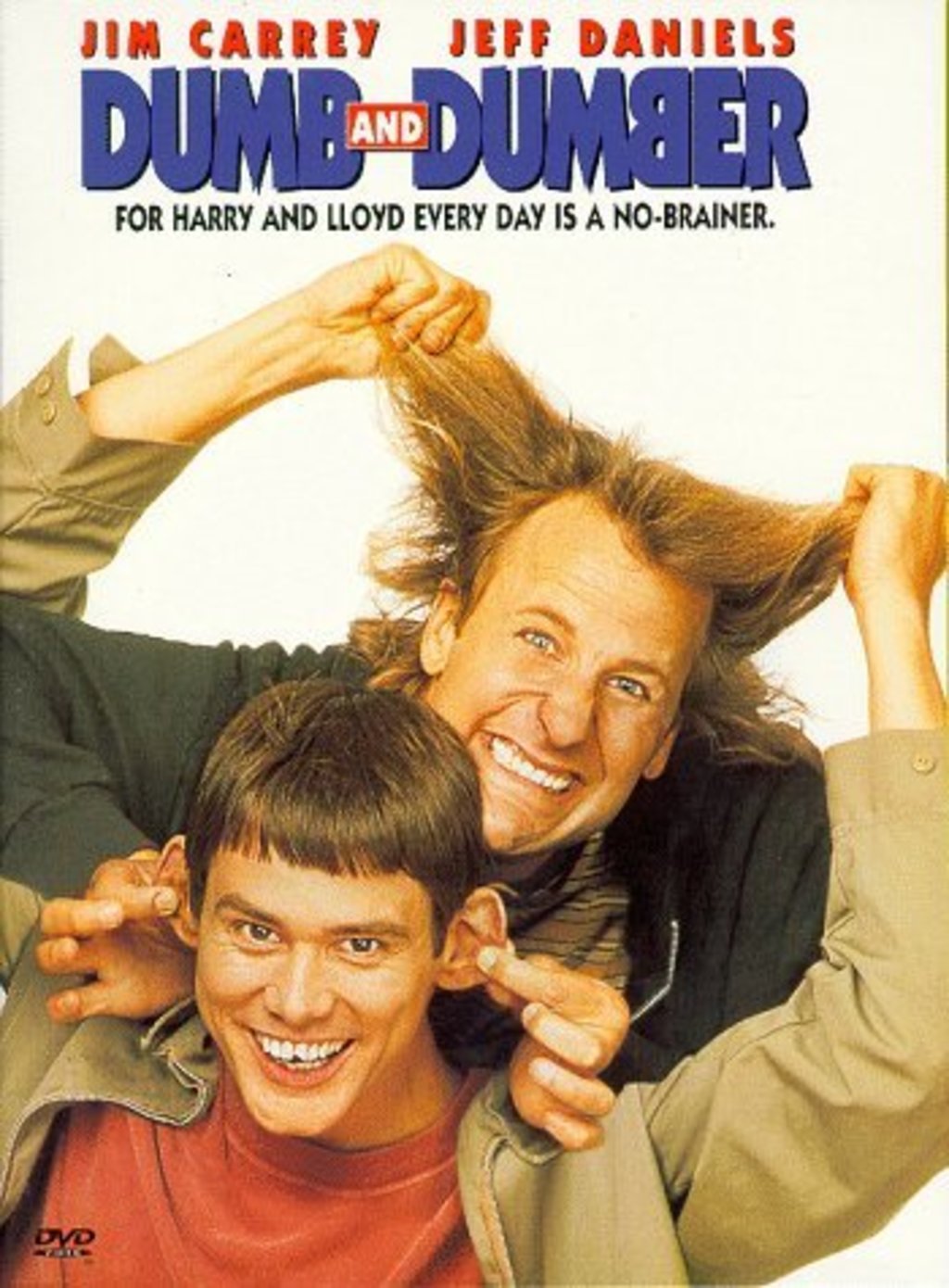 Jim Carrey and Jeff Daniels star in one of the most widely recognized comedy franchise’s to date. Filmed in 1994, “Dumb and Dumber” tells the story of two extremely nonsensical friends who travel across the country to return a case full of money back to its rightful owner. For the many scenes that take place in the mountains, which give us the great scooter scene, production was set in Colorado’s Aspen, Breckenridge, and Copper Mountain, as well as Estes Park.

6. “Indiana Jones and the Last Crusade” 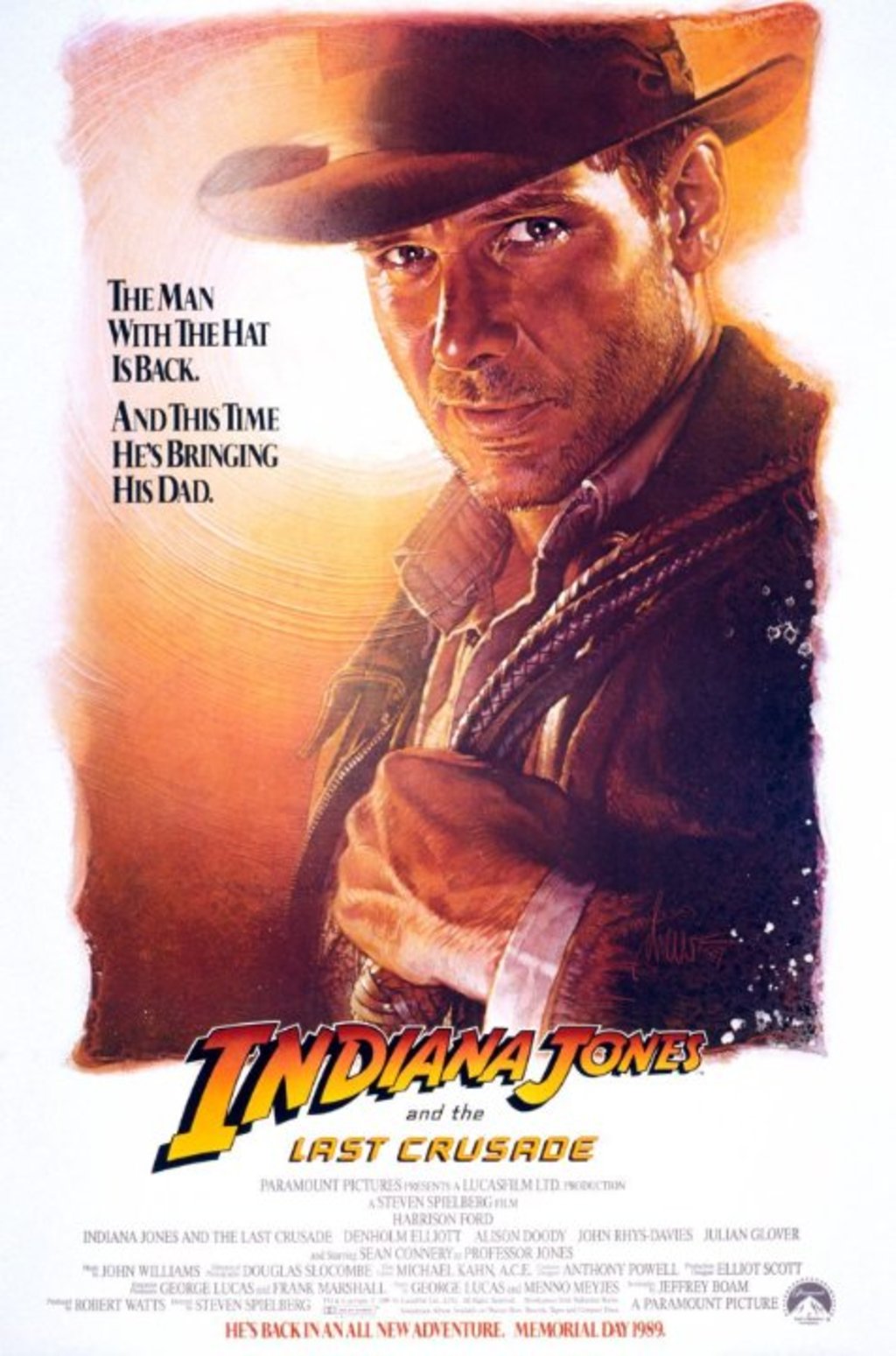 The 1989 flick follows the famous character of Indiana Jones as he embarks on an adventure to find “The Holy Grail,” and his  father – played by the great Sean Connery – who is also after the Grail. For the scenes in which the duo fight of Nazi’s and various other enemies along their journey, we can credit the scenery to Colorado locations such as Pagosa Springs, Alamosa and Cortez. The Cumbres & Toltec Railroad in Antonito, Colorado, makes a cameo as well. 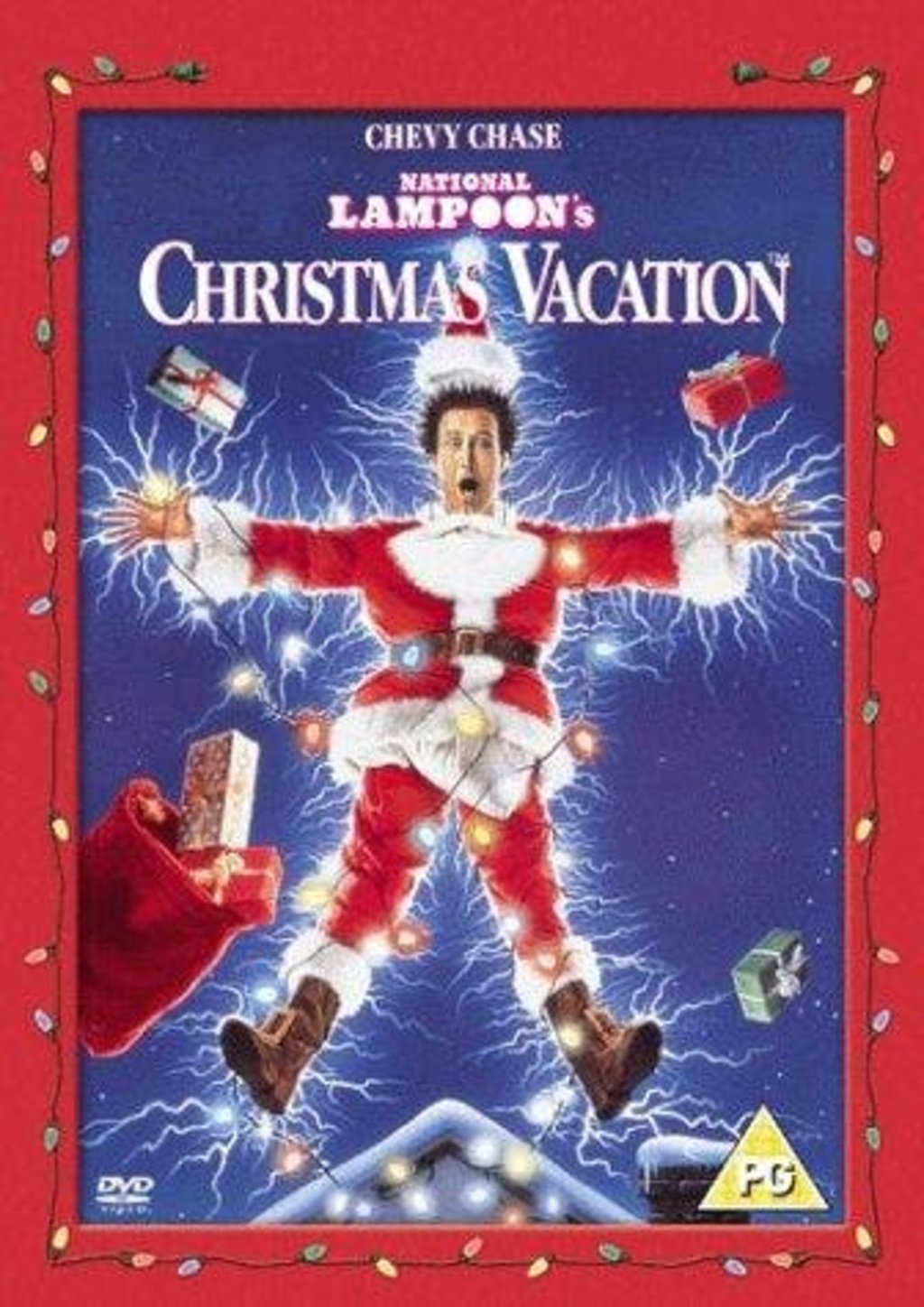 The final 1989 installment in the original Nation Lampoon’s franchise follows the Griswold family on their Christmas celebration, which quickly turns to disaster (as it always does) as they attempt to host a house full of family guests for the holidays. The movie opens with a hilarious introduction of the family in pursuit of the perfect Christmas tree, all of which was filmed in Breckenridge, Colorado.

8. “Butch Cassidy and the Sundance Kid” 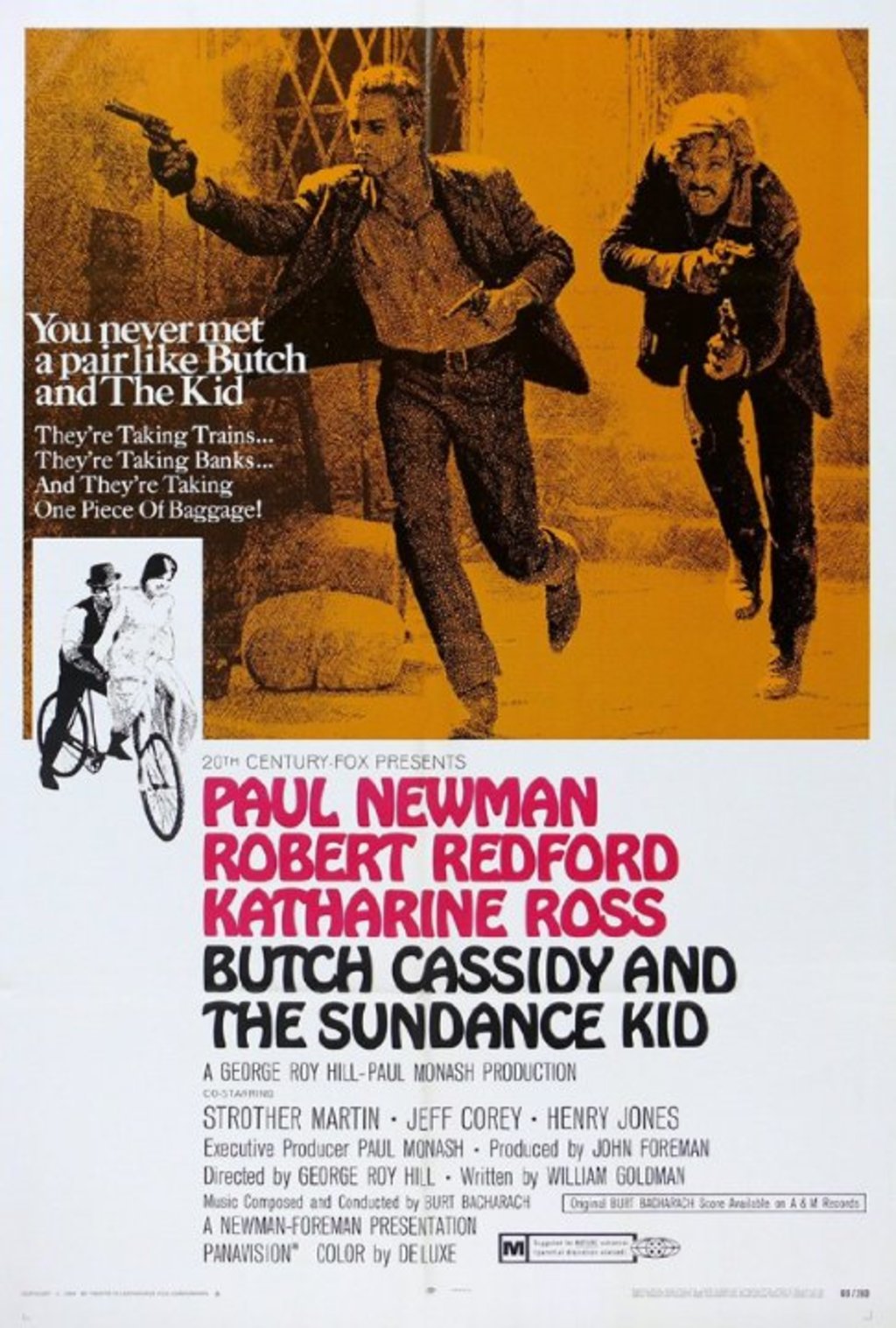 This 1969 cult classic features acting greats Paul Newman and Robert Redford portraying Western robbers and best friends, Sundance and Butch. The story follows the pair through the West as they attempt to escape a group of bandits who follow them throughout their adventures. As Robert Redford’s love for Colorado is no secret – he’s an alumni of the University of Colorado, Boulder – the movie was almost entirely shot in locations throughout Colorado, most notably Silverton, Durango and Telluride. 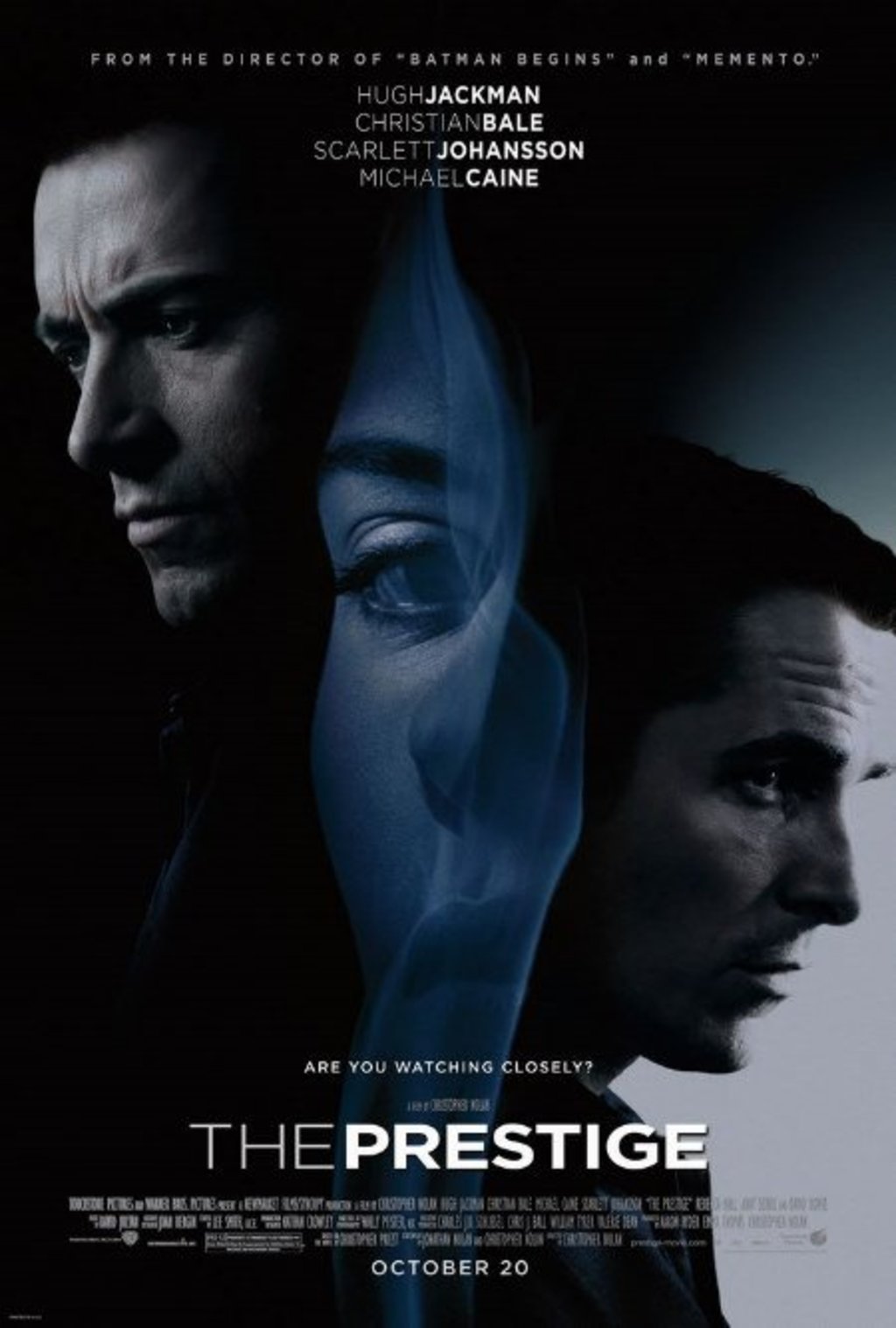 The 2006 mystery drama, directed by critically acclaimed director Christopher Nolan, tells the story of rival stage magicians in London during the turn of the century. In competition to create the best on-stage illusion, the magicians, played by Christian Bale and Hugh Jackman, engage in ill-fated performances. Although production for the film was largely held in the greater Los Angeles area, portions were also set in Durango, Telluride and the Osgood Castle in Redstone, Colorado. 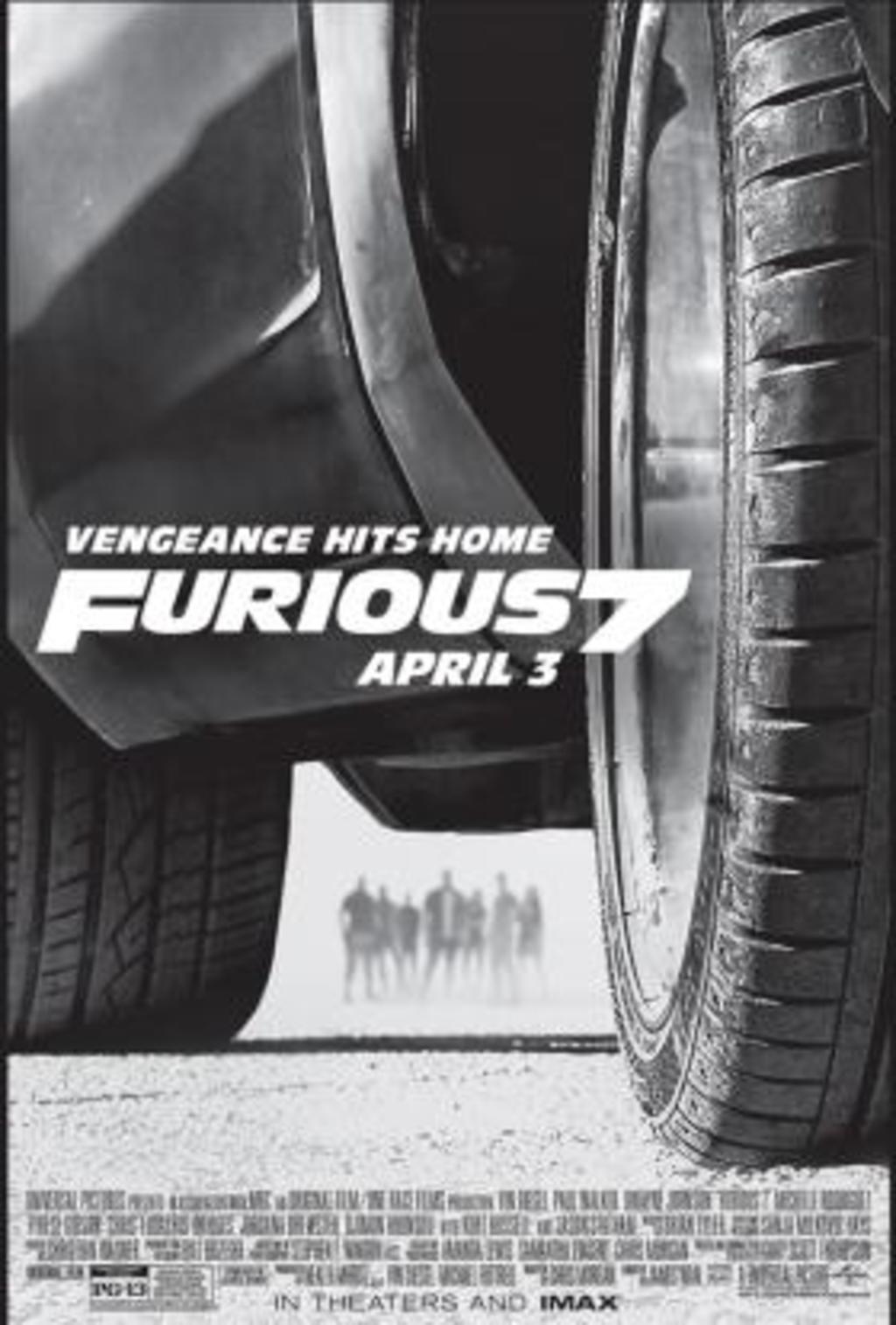 The latest in the “Fast and Furious” franchise, which hit theaters this year, packs in the action like we so hoped it would. Unfortunately, it also marks the last appearance of the film’s star, actor Paul Walker. When producers went in search of wide mountain passes to film car sequences, a film manager introduced them to Pikes Peak and Monarch Pass, and they quickly fell in love. Check out the epic scene, filmed in Colorado, here.